The U.K. Ministry of Defense has stated that HMS Defender was “conducting innocent passage through Ukrainian territorial waters in accordance with international law.” However, according to the Russian Ministry of Defense, the British destroyer had violated the Russian maritime border near Cape Fiolent, close to the heavily militarized city of Sevastopol, in the territory of Crimea, which was seized and subsequently annexed by Russia in 2014.

Unverified maritime tracking data appears to show HMS Defender approaching to within around 10 nautical miles of the Crimean coast, putting it inside Russian’s claimed territorial waters, which extend out to 12 nautical miles from the coast. However, Crimea’s status is itself a matter of dispute, with most members of the international community not recognizing Moscow’s claims over it.

“This morning, HMS Defender carried out a routine transit from Odessa towards Georgia across the Black Sea,” the U.K. Minister of Defense Ben Wallace said in a statement. “As is normal for this route, she entered an internationally recognized traffic separation corridor. She exited that corridor safely at 0945 BST. As is routine, Russian vessels shadowed her passage and she was made aware of training exercises in her wider vicinity.”

However, an earlier report from Russian state-run news agency TASS said that the Russian Navy’s Black Sea Fleet, together with the Border Service of the Federal Security Service (FSB), responded to stop the alleged violation and explained their sequence of events.

“At 11:52 on June 23 the destroyer HMS Defender of the British Navy, operating in the northwestern part of the Black Sea, crossed the state border of the Russian Federation and entered the territorial sea in the area of Cape Fiolent for 3 kilometers [1.9 miles],” the Russian Ministry of Defense told TASS.

The same TASS report stated that a warning was issued to the British destroyer, threatening the use of weapons if it violated the Russian state border, but according to the Russian Ministry of Defense there was no response from the British side.

A video including unconfirmed radio chatter, claimed to be from the incident today, in which the Russian side requests HMS Defender to change course. That request appears to be ignored:

“At 12:06 and 12:08 the border patrol ship performed warning fire. At 12:19, the Su-24M aircraft carried out warning bombing (four OFAB-250) along the course of the destroyer HMS Defender,” the ministry added.

At 12.23, according to the Russian account, HMS Defender left Russian territorial waters.

Video released by the Russian Ministry of Defense shows the Royal Navy destroyer shadowed by what appears to be a Russian Navy Su-30SM Flanker fighter jet:

There is additional footage, possibly taken from a drone, showing what appears to be a Coast Guard patrol boat trailing HMS Defender, while a Su-24M and a Su-30SM fly past it:

While all this was going on, it appears that at least one NATO intelligence-gathering aircraft was monitoring the activities in the area. Publicly available flight-tracking data indicated that a U.S. Air Force RC-135V/W Rivet Joint was airborne off the coast of Crimea, having flown in from Souda Bay on the Greek island of Crete.

“This is a flagrant violation of international norms and standards,” Sergei Tsekov, a Russian senator from the Crimea region, told news agency RIA Novosti, another Russian state-owned outlet, in reference to the purported action by the British warship. “By such illiterate actions they can provoke a serious conflict.”

That same news agency reported that the Russian Ministry of Defense had summoned the U.K.’s military attaché to explain the incident. An official video, seen in the Tweet below, was subsequently released of that meeting.

Based on the information from the Russian side, this incident appears to mark a significant escalation in an area of considerable strategic importance.

While the firing of warning shots in response to potential threats or territorial violations is not unheard of, dropping apparently live and unguided bombs from a jet is an extremely provocative — not to say, potentially high-risk — action to take under the circumstances.

However, as well as disputing the claim that HMS Defender illegally entered Russia’s territorial waters, the U.K. Ministry of Defense says that no warning shots, let alone bombs, were actually directed at the Royal Navy warship.

“We believe the Russians were undertaking a gunnery exercise in the Black Sea and provided the maritime community with prior-warning of their activity,” the U.K. Ministry of Defense tweeted. “No shots were directed at HMS Defender and we do not recognize the claim that bombs were dropped in her path.”

At the time of the incident, the BBC journalist Jonathan Beale was onboard HMS Defender, and he provided the following eyewitness account:

The crew were already at action stations as they approached the southern tip of Russian occupied Crimea. Weapons systems on board the Royal Navy destroyer had already been loaded.

This would be a deliberate move to make a point to Russia. HMS Defender was going to sail within the 12-mile (19km) limit of Crimea’s territorial waters. The captain insisted he was only seeking safe passage thorough an internationally recognized shipping lane.

Two Russian coastguard ships that were shadowing the Royal Navy warship, tried to force it to alter course. At one stage one of the Russian vessels closed in to about 100m (328ft).

Increasingly hostile warnings were issued over the radio — including one that said “if you don’t change course I’ll fire.” We did hear some firing in the distance but they were believed to be well out of range.

As HMS Defender sailed through the shipping lane it was buzzed by Russian jets. The captain, Vincent Owen, said the ship detected more than 20 military aircraft nearby. Commander Owen said his mission was confident but non-confrontational.

If accurate, the British accounts could suggest that Moscow might have been using a live-fire exercise taking place in the same general area at the time the British warship was identified approaching Crimea as a means of embellishing their story. The Russian military had announced publicly yesterday that coastal defense troops were conducting drills in Crimea.

Regardless, the principle of innocent passage allows for warships to move through anyone’s territorial waters so long as the transit meets various criteria, particularly that it is not intended to challenge the legitimacy of any such maritime boundaries. Under maritime law, therefore, being in someone’s territorial waters does not automatically constitute a violation of sovereignty.

In addition, intriguingly, USNI News reported on Monday that another set of maritime tracking data involving HMS Defender had been faked. Appearing on the MarineTraffic.com ship-tracking website, the tracks showed the warship, together with the Royal Netherlands Navy frigate Evertsen, within just 2 nautical miles of the Russian naval base at Sevastopol, whereas they were actually 180 miles away in a Ukrainian port. While it's unclear how sophisticated or deliberate this incident may have been, in the past there has also been GPS spoofing traced to the Russians in the Black Sea.

The Royal Navy confirmed earlier this month that HMS Defender had left Carrier Strike Group 21, centered around the aircraft carrier HMS Queen Elizabeth in the Mediterranean, and had headed to the Black Sea “to carry out her own set of missions.” The British destroyer entered the Black Sea on June 14 and it made a visit to the Ukrainian port of Odessa earlier this week.

Under the 1936 Montreux Convention, countries without access to a Black Sea coastline are required to give advance notice of when they are deploying naval vessels in and out of that body of water. The same agreement also restricts how many warships countries outside of the region can have there at once, via limits on the total displaced tonnage of the vessels, and how long these deployments can last.

In January this year, two Arleigh Burke class destroyers — the USS Donald Cook (DDG-75) and the USS Porter (DDG-78) — entered the Black Sea and were met by an aggressive Russian response. This included being buzzed by a Su-24 and nearby drills involving Su-30SM Flankers armed with anti-ship missiles and coastal defense missile batteries in Crimea.

Levels of activity in the Black Sea are only set to become more intense with the beginning of the largest-ever Sea Breeze exercise, starting next Monday. This U.S. Navy-led drill is centered around Ukraine and will involve 32 countries and 32 warships, along with dozens of aircraft. In the past, the Russian Navy has unsurprisingly taken a keen interest in these maneuvers, shadowing it with its own ships and planes.

We will continue to update this story as more details emerge and keep a close eye on activities in the Black Sea in the days to come.

Update, 15:30 pm PST: Further images have emerged from today’s incident, including footage from BBC News showing HMS Defender being closely accompanied by different Russian ships and aircraft. These include one of the rare Russian Navy Be-12 Mail amphibians, a handful of which continue to serve in Crimea only. Also seen are one of the service’s Project 22160 class large patrol ships, as well as a Russian Border Guard Project 22460 Rubin class patrol boats.

Also now available is satellite imagery from the Sentinel-2 Earth observation mission that appears to confirm earlier tracks indicating that the Royal Navy destroyer was around 10 nautical miles off the Crimean coast. 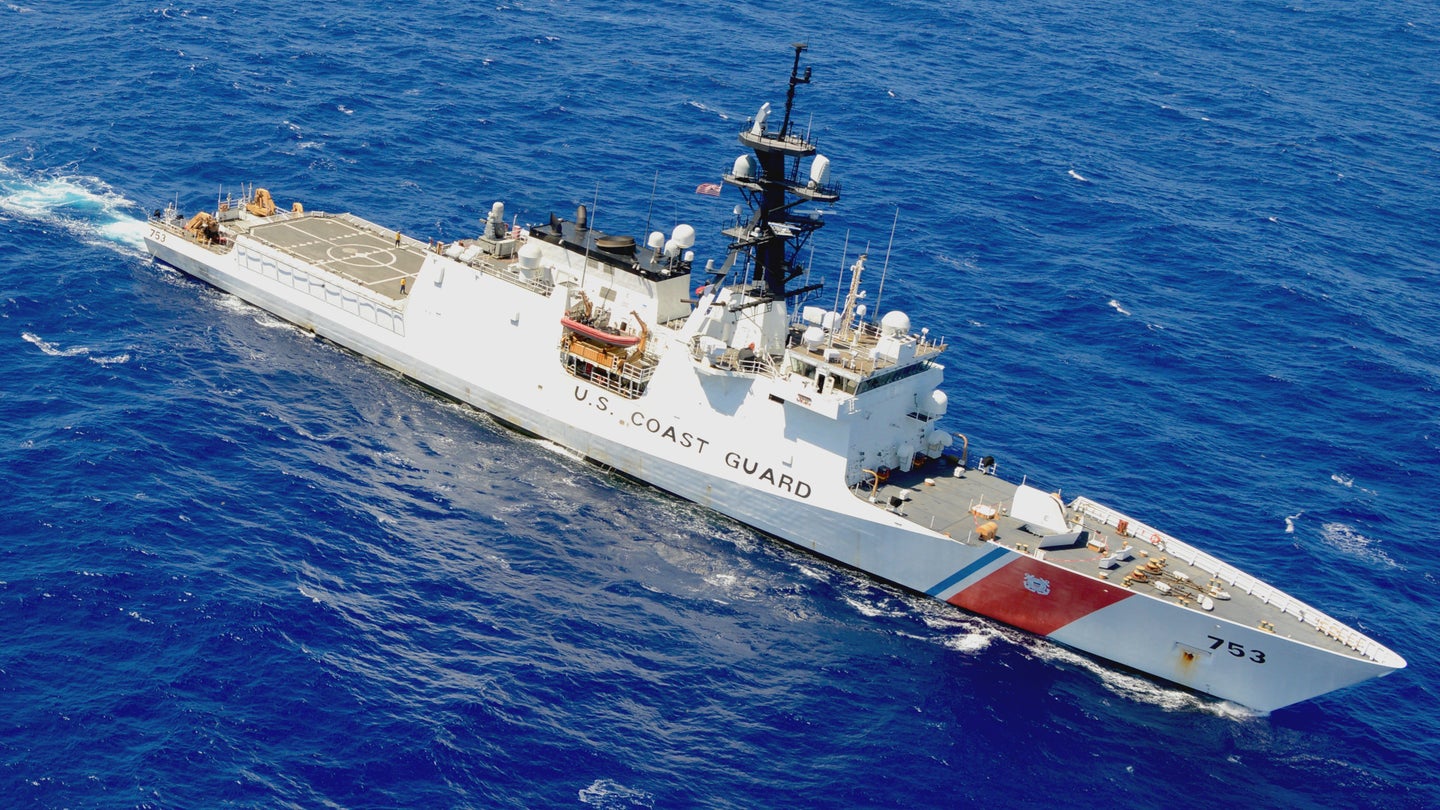 The USCGC Hamilton is the first Coast Guard ship to enter the Black Sea in more than a decade. 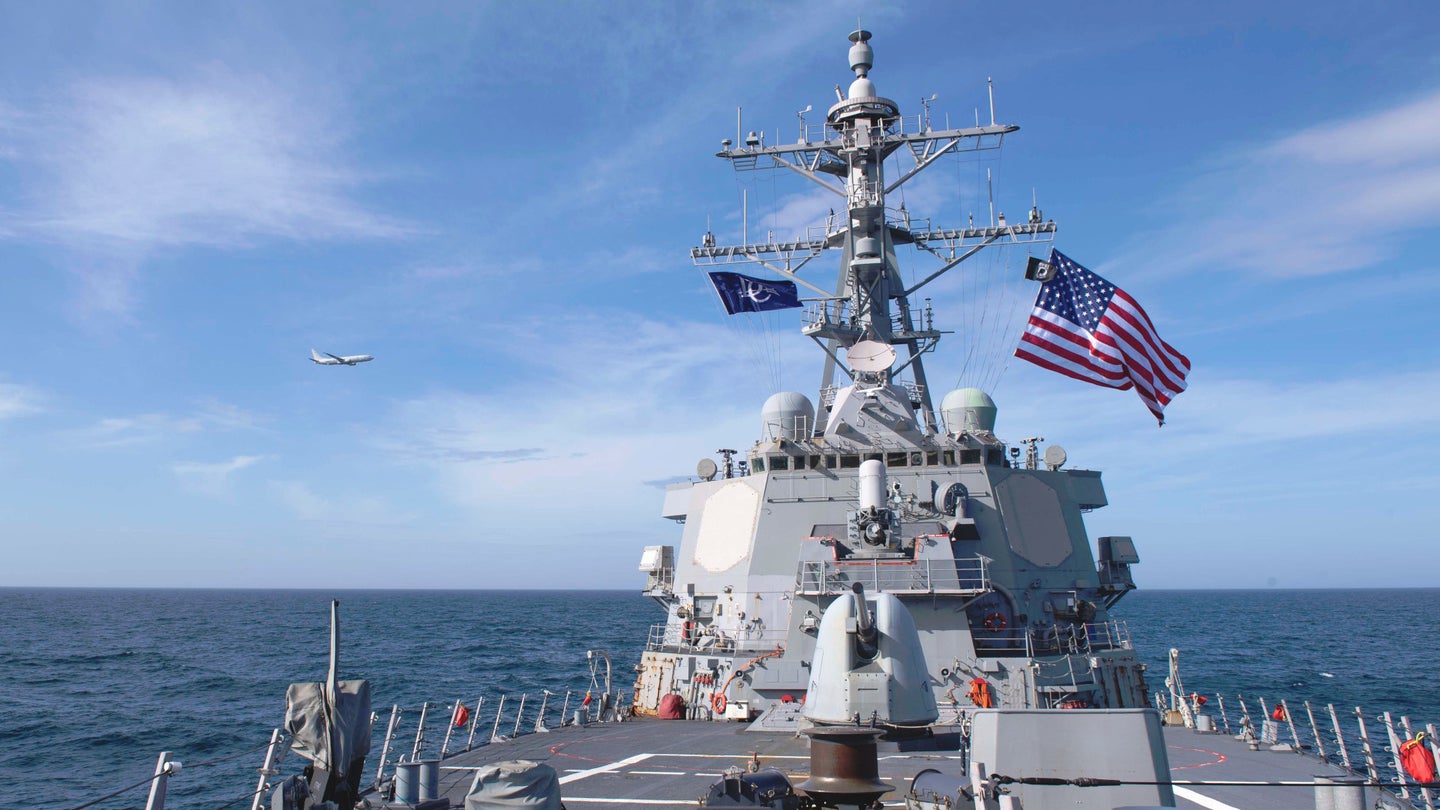 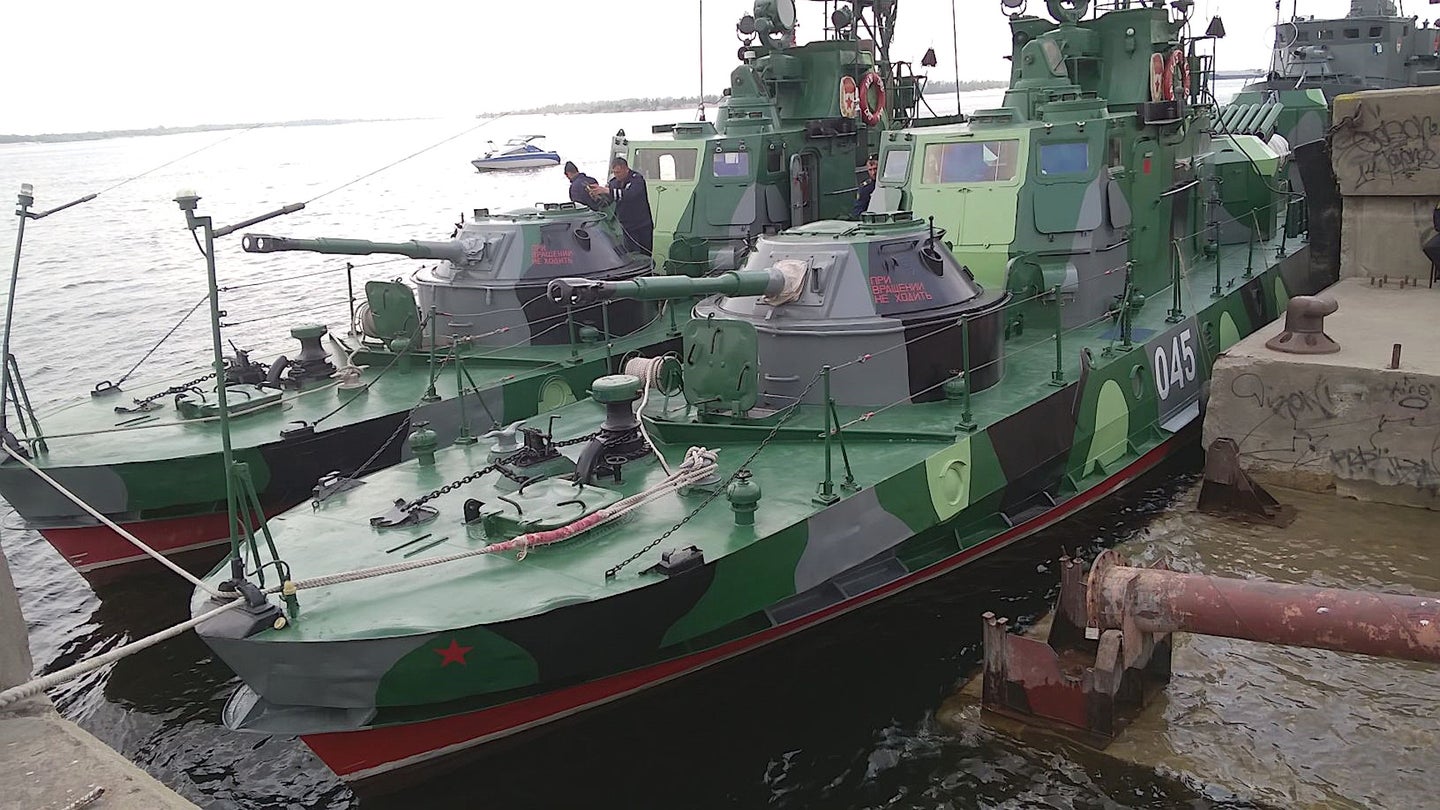