China’s prodigious naval shipbuilding program has recently made headlines for its aircraft carriers and amphibious assault ships, but there’s striking activity below the waves, too, including a new subclass of diesel-electric submarine, a detailed photo of which recently came to light. The existence of the new submarine, known in the West as the Type 039C Yuan class, only became known last month, but analysts are already mulling its features and potential capabilities.

The latest image, apparently first posted to the Chinese micro-blogging site Weibo and now circulating on social media, provides a good view of what is known, unofficially for now, as the Type 039C. The vessel is harborside, flying the People's Liberation Army Navy (PLAN) ensign, and revealing the most visible change compared with previous subclasses of the Yuan family. This is the revised sail design, is raked along its leading edge and which flares out toward the top, very similar in appearance to the sail on Sweden’s next-generation A26 Blekinge class submarine. On the Swedish boat, this feature is understood to have been chosen to increase its stealth characteristics.

Since the Chinese submarine originally broke cover when photographed from a moving vehicle last month, we have also seen a brief video posted on the TikTok social media platform showing the Type 039C being moved up a river by tugboats from the shipyard where it was built in Wuhan.

H.I. Sutton, an expert on all things submarine, first reported on the new subclass on May 12 and considers it “likely to be significant […] major upgrade to an already competitive design.”

Sutton also proposes that the revised sail design is likely related to a sonar or communications system and also points out a housing on the upper part of the rudder that appears to house a towed array sonar. Other changes seem to be a generally ‘cleaned up’ hull, which should ensure that the Type 039C moved more quietly below the waves than its predecessors.

At this early stage, with perhaps only the first example completed, it’s too early to say what the Type 039C will bring the PLAN, but we can expect other improvements over the already impressive Type 039A/B class, around 17 of which are in Chinese service, while modified versions are also being built for export to Pakistan and Thailand.

Widely thought to be among the quietest submarines in active PLAN service, the Type 039A/B boats are thought to use air-independent propulsion (AIP), a technology that The War Zone has examined in detail in the past. The Chinese submarines likely use a similar Stirling-type engine as used in the influential Swedish Gotland class design and the future Blekinge class. The Stirling auxiliary engine, or Chinese equivalent, burns liquid oxygen and diesel to drive electrical generators that can be used for either propulsion or charging the batteries. The result is a conventionally powered submarine that’s able to remain submerged for multiple days at a time, without needing to surface or use a snorkel.

One of Sutton’s other hypotheses is that the Type 039C may, at some point, introduce a more exotic propulsion system, perhaps using the same kind of lithium batteries as used in Japan’s latest Soryu class submarines, which you can read about here. These batteries offer a range of advantages, including increased endurance at high speeds when submerged, quicker charging and longer battery life, and reduced maintenance requirements, entirely replacing the AIP engine.

Either way, the fact China continues to focus on developing conventionally powered submarines, in contrast to the all-nuclear U.S. Navy, is significant. As we have discussed in the past, modern diesel-electric boats offer many advantages, with the potential to be quieter than their nuclear-powered counterparts and yet much cheaper to build — ideal for a fast-growing submarine force like that of the PLAN. In terms of utility, they also fit in better with the type of anti-access/area-denial strategy that Beijing is espousing and are better adapted for the littoral environments in which these kinds of based regional defense campaigns are focused.

Size-wise, the new Type 039C is likely similar to the Type 039A/B, which measure around 250 feet long and have a displacement of approximately 3,600 tons.

According to estimates outlined in China Naval Modernization: Implications for U.S. Navy Capabilities, a report to the U.S. Congress published earlier this year, it’s expected that China will field at least 25 Yuan class submarines by 2025. It’s not clear how many of these will be completed to the Type 039C design, or if that subclass will constitute a separate production effort. Evidence for the latter could be that the Type 039C seems to have been built at a different shipyard in Wuhan than that which is currently responsible for building the previous Yuan class submarines.

The emergence of the Type 039C subclass is further evidence, if it were needed, that the PLAN’s expansion is being matched by its qualitative growth, something that we have discussed in the past. In terms of diesel-electric submarines alone, the PLAN has leaped from the Type 035 Ming class, which was effectively an update of the Soviet Romeo class, via the Type 039 Song class, to the Type 039A/B, which are recognized as some of the most capable of their type. Combined with a prodigious submarine-building output, the latest Type 039C subclass looks set to continue the PLAN’s growing threat to the U.S. Navy, as well as regional naval powers, in the Indo-Pacific region and beyond. 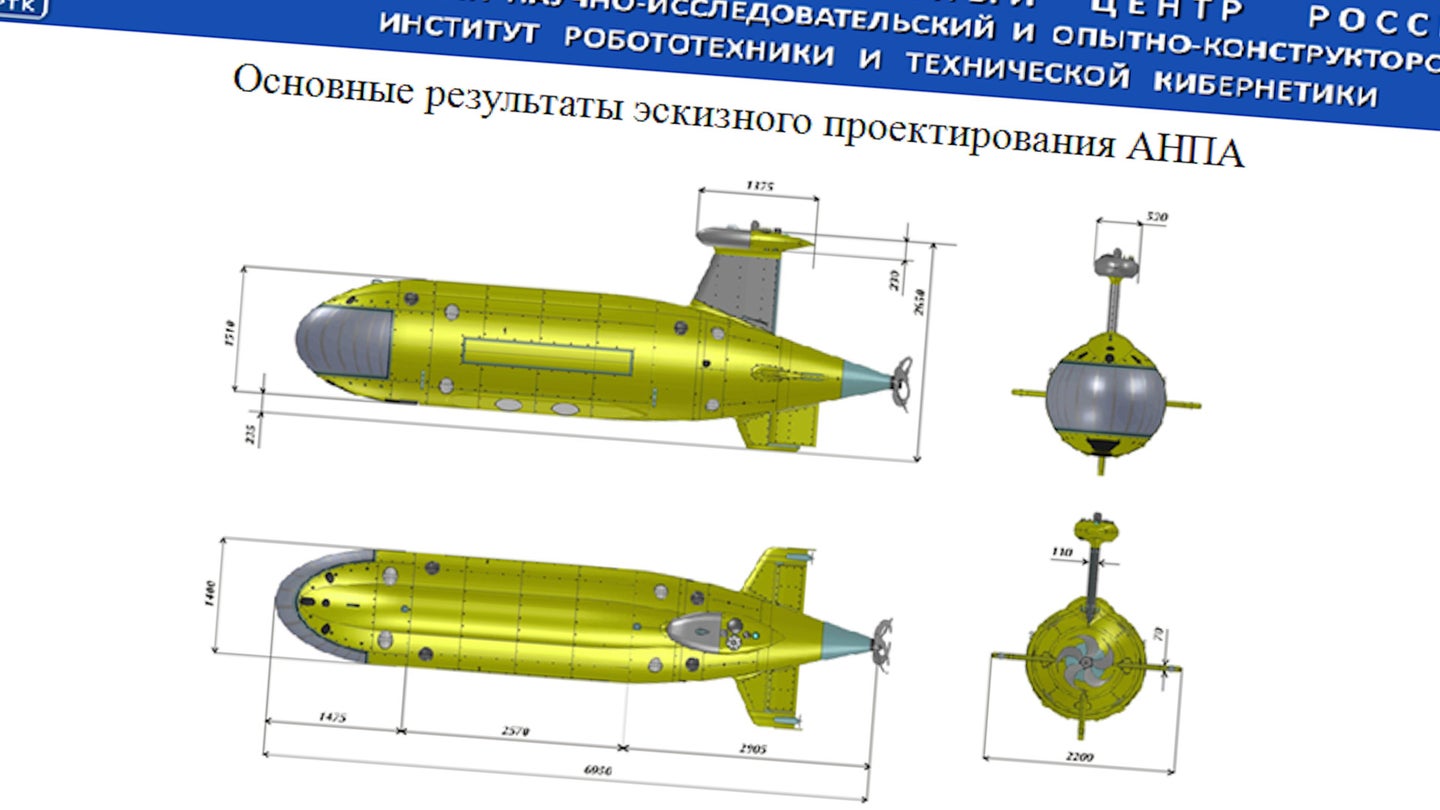 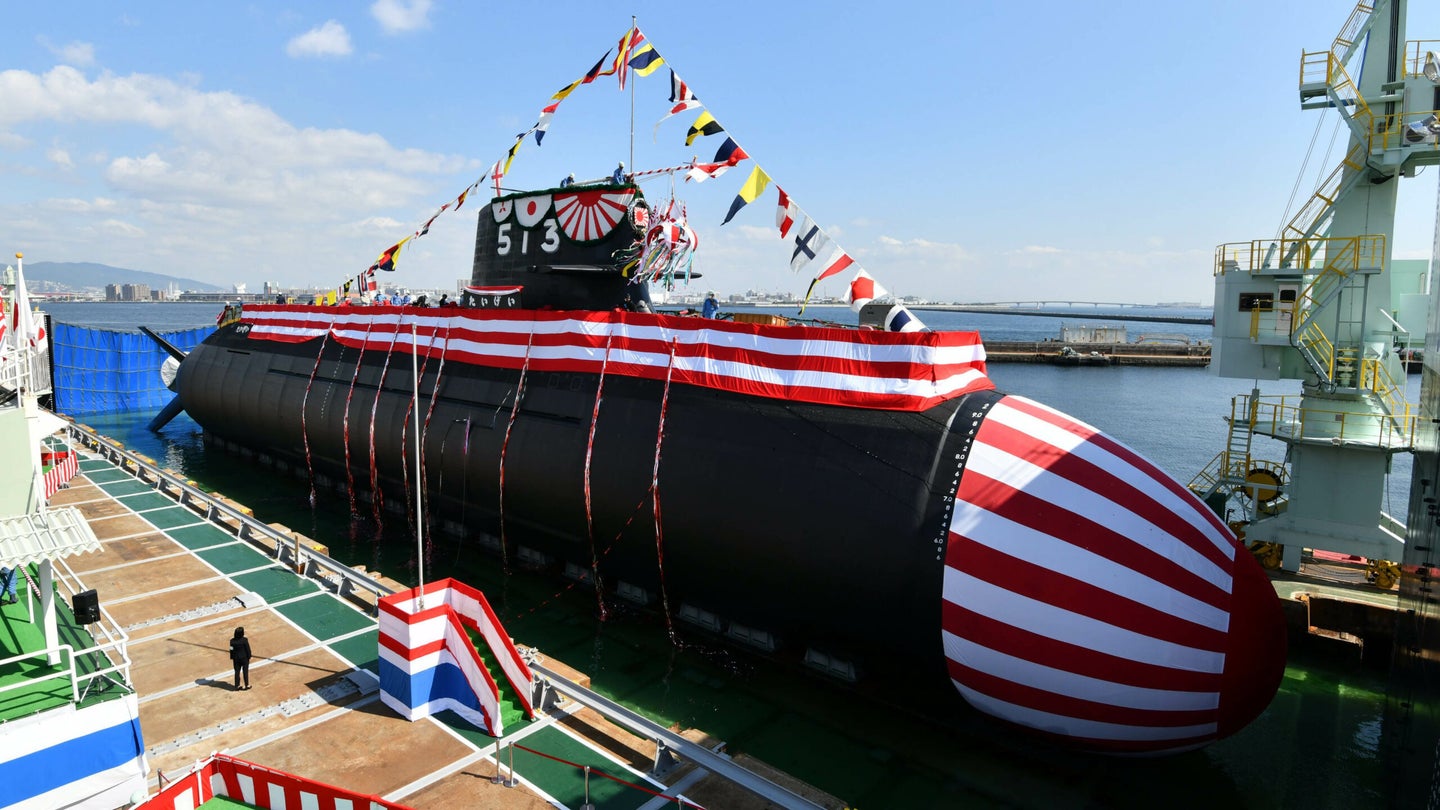 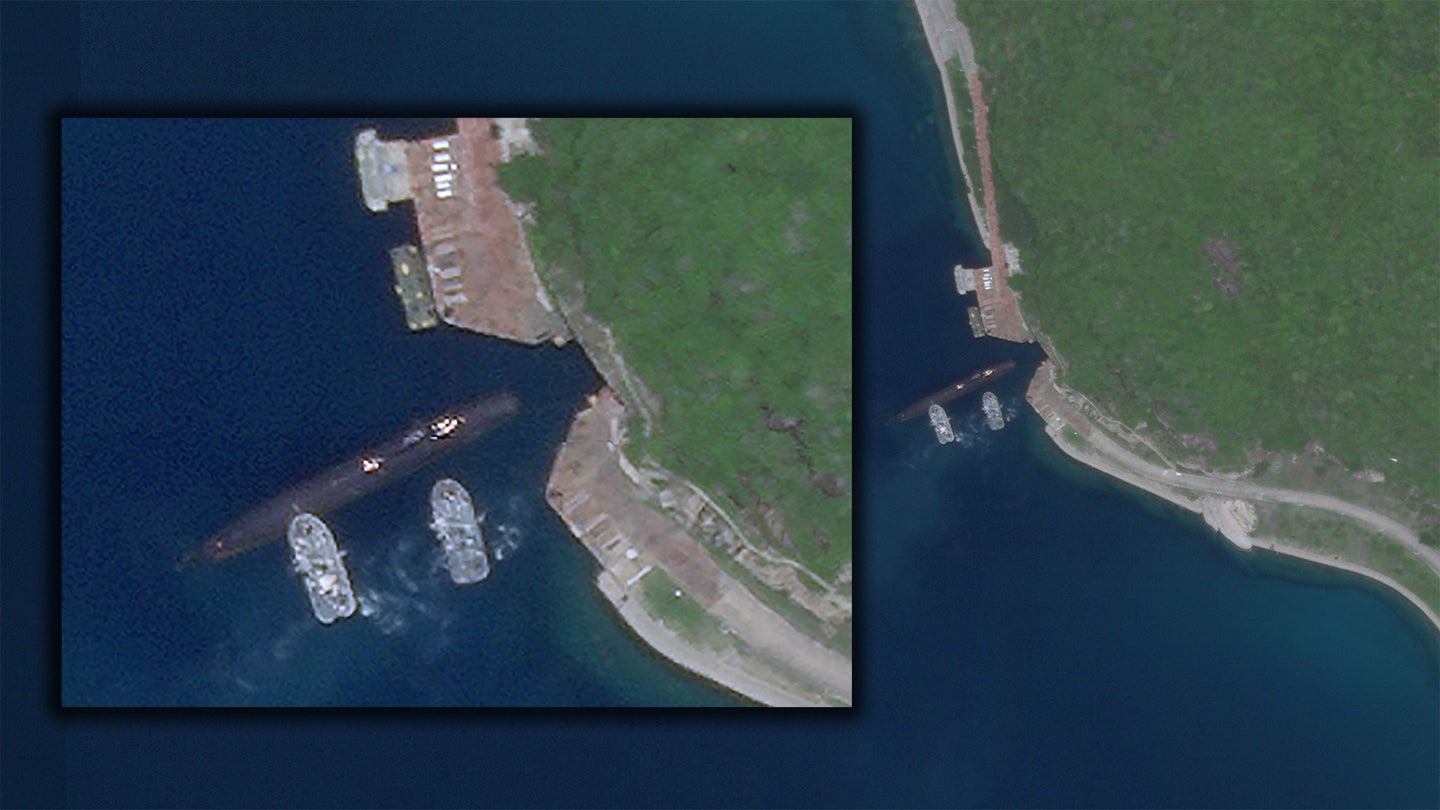 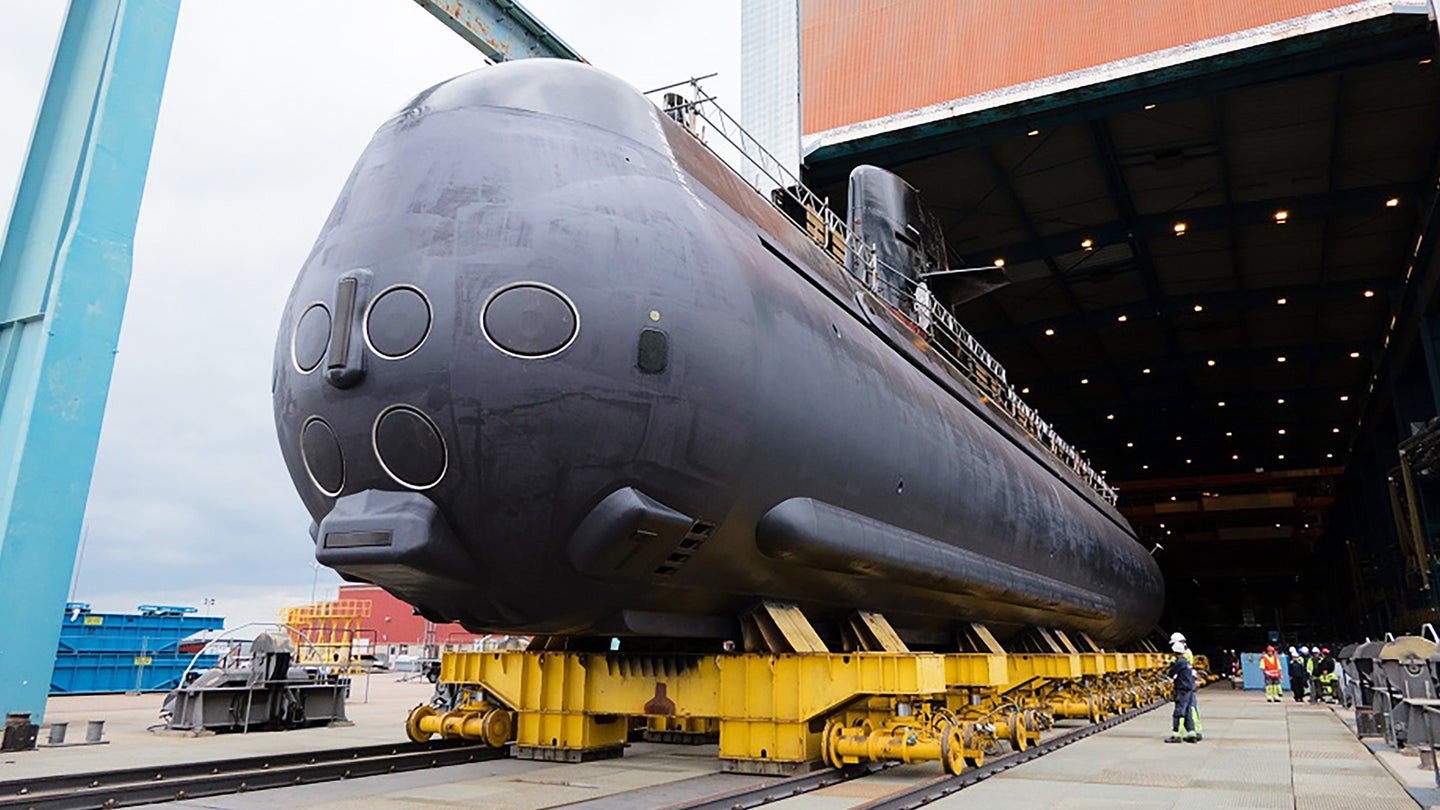 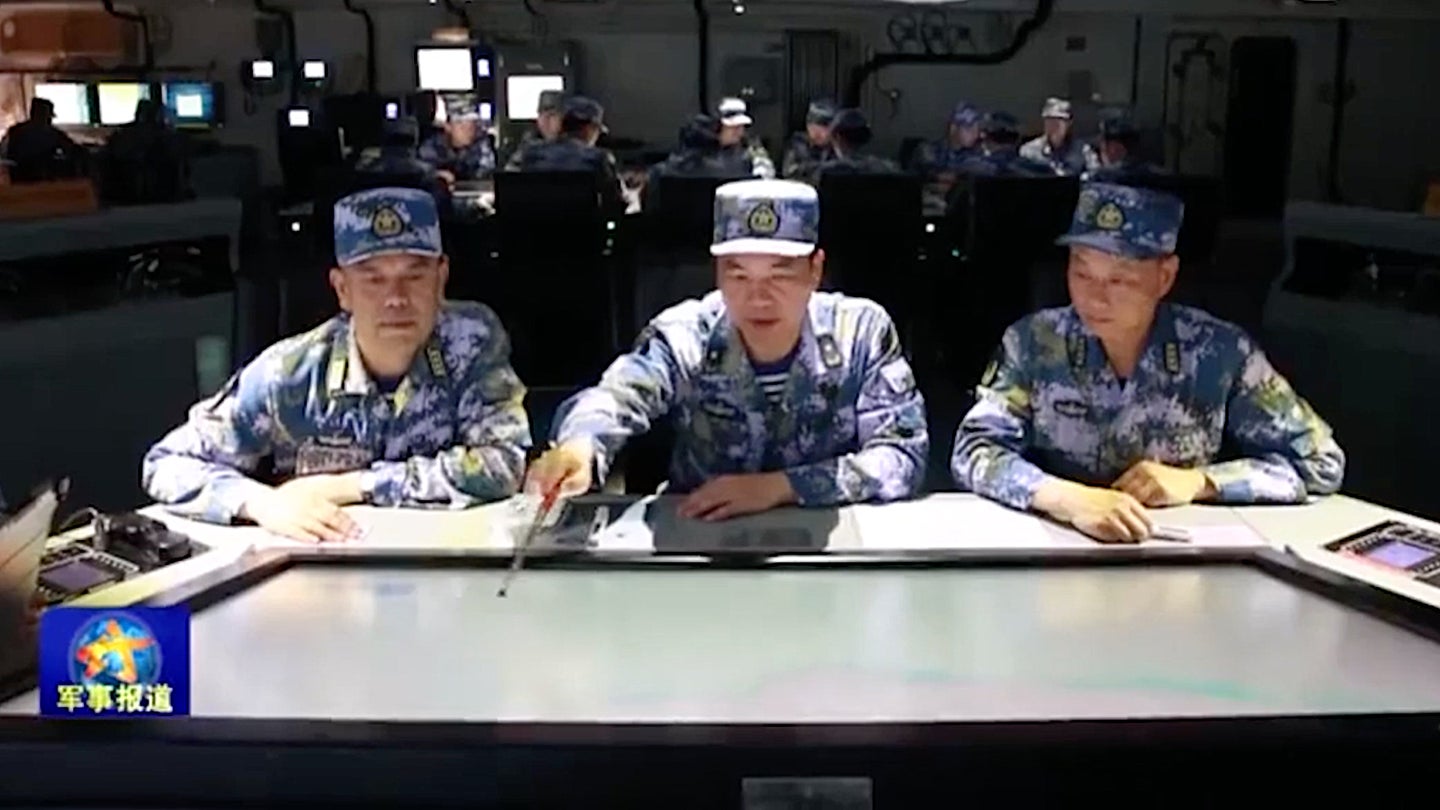