The Missile Defense Agency, or MDA, has offered a glimpse into how it plans to spot, track, and intercept hypersonic boost-glide vehicles, or HGVs, in a new animated video presentation recently posted online. The animation lays out, step-by-step, its latest “multi-layered solution to defend against the next generation of hypersonic glide vehicles.” Most notably, this animation offers a new look into how it will integrate the Glide Phase Interceptor, or GPI, a still-in-development weapon aimed at defeating HGV threats in the glide phase of their trajectories, into this larger concept of operations.

The new video depicting this system, titled “MDA Concept for Regional Hypersonic Missile Defense: Technology to Defeat the Threat,” describes MDA’s plans “to protect the US, its deployed forces, and allies against regional hypersonic threats using a multi-layered solution to defend against the next generation of hypersonic glide vehicles,” according to the video’s description. The MDA's current concept for a Regional Hypersonic Missile Defense system combines Aegis Combat System-equipped surface vessels with both space-based and ground-based sensor systems, and ties them together with various integrated fire control and sensor fusion networks. The aforementioned GPI, along with the increasingly capable Standard Missile 6 (SM-6), a multi-purpose weapon that already has the ability to engage certain ballistic missiles in the terminal stage of their flight, would then be used to prosecute the incoming HGVs.

Missile defense is a complicated proposition, to begin with, but attempting to intercept HGVs presents unique challenges. Hypersonic boost-glide vehicles are unpowered and typically use a rocket booster to get to a desired speed and altitude. The vehicle is then released from the rest of the weapon and comes gliding back down along an atmospheric trajectory toward its target at hypersonic speeds, defined as anything about Mach 5.

While not all HGVs are designed in exactly the same way, they are all, at their core, designed to be able to make sudden and unpredictable movements along their flight paths, especially when compared to the trajectories followed by traditional ballistic missiles, even those that feature maneuverable reentry vehicles. This maneuverability, combined with their high speed and general flight profile, makes it extremely hard to spot and track them, especially with sensors designed with more typical ballistic missiles in mind. This, in turn, shortens the available window a defender has to react in any way, whether it be an attempt to intercept the incoming vehicles, or simply trying to move critical assets out of harm's way or otherwise seeking cover.

In addition to a brief introduction to the components of the hypersonic defense concept, the MDA video starts by graphically showing the difficulties associated with detecting and tracking incoming HGVs, let alone trying to swat them down, with a scenario involving one of these weapons launched at an aircraft carrier. The HGV is shown flying under a cone representing the typical area that applicable radars on U.S. Navy Arleigh Burke class destroyers will search when operating in the ballistic missile defense role.

The video then continues to describe how the planned hypersonic defense concept would change a similar scenario involving the launch of four HGVs. MDA walks through each step of their proposed multi-layered defense concept in the video.

In the video, two space-based sensors from the Hypersonic and Ballistic Tracking Space Sensor (HBTSS) constellation detect the launches and track the HGVs while they're still attached to their boosters and flying along a more typical ballistic trajectory. Those sensors then continue to track the HGVs after they separate, providing a “fire control-quality track” for subsequent intercept attempts.

In 2019, MDA kicked off a competition to build these missile defense satellites when it awarded initial development contracts to four companies, Northrop Grumman, Raytheon, Leidos, and L3Harris. In January, it picked Northrop Grumman and L3Harris to move onto the next phase. The goal in the past has been to have the first HBTSS satellite deployed in 2023. It's not clear how many total satellites are now expected to form the HBTSS constellation, which is just one of the myriad planned space-based early warning and missile defense sensors that the U.S. military plans to put into orbit in the coming years.

MDA says that the tracking and targeting information from the HBTSS sensors will feed information into the Ballistic Missile Defense Overhead Persistent Infrared Architecture (BOA), a sensor fusion architecture. That data, which is continuously updated in near-real-time, is then used to track the HGVs. The HBTSS tracking information is then forwarded to Aegis-equipped destroyers via BOA, as well as through MDA's separate Command and Control, Battle Management, and Communications (C2BMC) network, using satellite communications.

Though not stated specifically in the video, C2BMC provides links to and from an array of other ground, sea, and space-based sensors beyond HBTSS. This includes Aegis-equipped warships, which can work together to relay tracking and targeting information between themselves while attempt to intercept incoming HGVs.

With all this information in hand, one or more of those destroyers can then initiate so-called "Engage on Remote" (EoR) intercepts, which use only offboard tracking and targeting data, rather than its own radars to direct the interceptor to its target. They can also conduct what are called "Launch on Remote" intercepts, in which anti-hypersonic interceptors are launched based on targeting information from offboard sensor nodes, but the ship's own radars provide targeting updates in the latter stages of the engagement.

HBTSS is also expected to be able to directly cue the radars on Aegis-equipped ships to point in the direction of an incoming threat that is outside of their scan range. This will help them be able to immediately pick it up when it does get within range, in what is called a "cued organic" intercept concept.

The planned Glide Phase Interceptor (GPI), an effort that supplanted the previous Regional Glide Phase Weapon System (RGPWS) project earlier this year, is expected to be the primary anti-hypersonic interceptor employed in all of these different engagement concepts. Details about the GPI's required capabilities are still limited, but MDA has already issued solicitations for proposals from contractors to develop the weapon, which the video says will be capable of "overmatching the speed and agility of hypersonic threats."

"The Glide Phase Interceptor (GPI) is leveraging information from RGPWS to accelerate the development of an operational system for hypersonic missile defense using the proven Aegis platform to provide regional hypersonic missile defense," MDA also told Aviation Week earlier this year. It remains unclear how, if at all, GPI, and RGPWS before it, may or may not be related to the Defense Advanced Research Projects Agency's (DAPRA) Glide Breaker hypersonic defense program.

MDA also sees the SM-6 missile as offering another option to engage incoming HGVs in the terminal stage of their flight. It first emerged in April that the Agency was eying SM-6 for use in the hypersonic defense role and that it plans to try to knock down a hypersonic boost-glide vehicle surrogate with one of these missiles sometime during the 2024 Fiscal Year, all of which you can read about more here. It is assumed that this plan revolves around the still-in-development enlarged SM-6 Block IB variant, which will be able to reach hypersonic speeds itself.

In addition, while the MDA’s slickly-produced animation shows their vision for a multi-layered hypersonic missile defense system working like clockwork, as already noted, defending against the latest hypersonic glide vehicle technologies is a complex proposition, in reality, to say the least. It also relies heavily on components, especially a dense network of space-based sensors able to reliably spot and track these threats, that have yet to enter service. As already mentioned, the first of the HBTSS satellites is expected to head into orbit in 2023. The current plan is to begin fielding the GPIs sometime in the mid to late-2020s.

At the same time, Russia and China, potential American adversaries, have already begun fielding various types of hypersonic weapons and are in the process of developing more. MDA Director Navy Vice Admiral Jon Hill highlighted the threat that boost-glide vehicles and other hypersonic weapons pose to aircraft carriers, specifically, the same notional high-value target in the recent released video, during a Congressional hearing last week.

“It’s important that we have that capability [hypersonic defense] now because the hypersonic threat is there now," he said. "What we want to do is move further back into that trajectory, engage earlier, make the terminal defense even better. And so, the glide phase interceptor is under acceleration in the [Fiscal Year 2022] budget.”

It is for these reasons that MDA is hard at work now on multi-layered defenses, such as the Regional Hypersonic Missile Defense concept. At the same time, defending carriers and other high-value targets from hypersonic threats will be very much riding on the successful development of new sensor and interceptor technology. 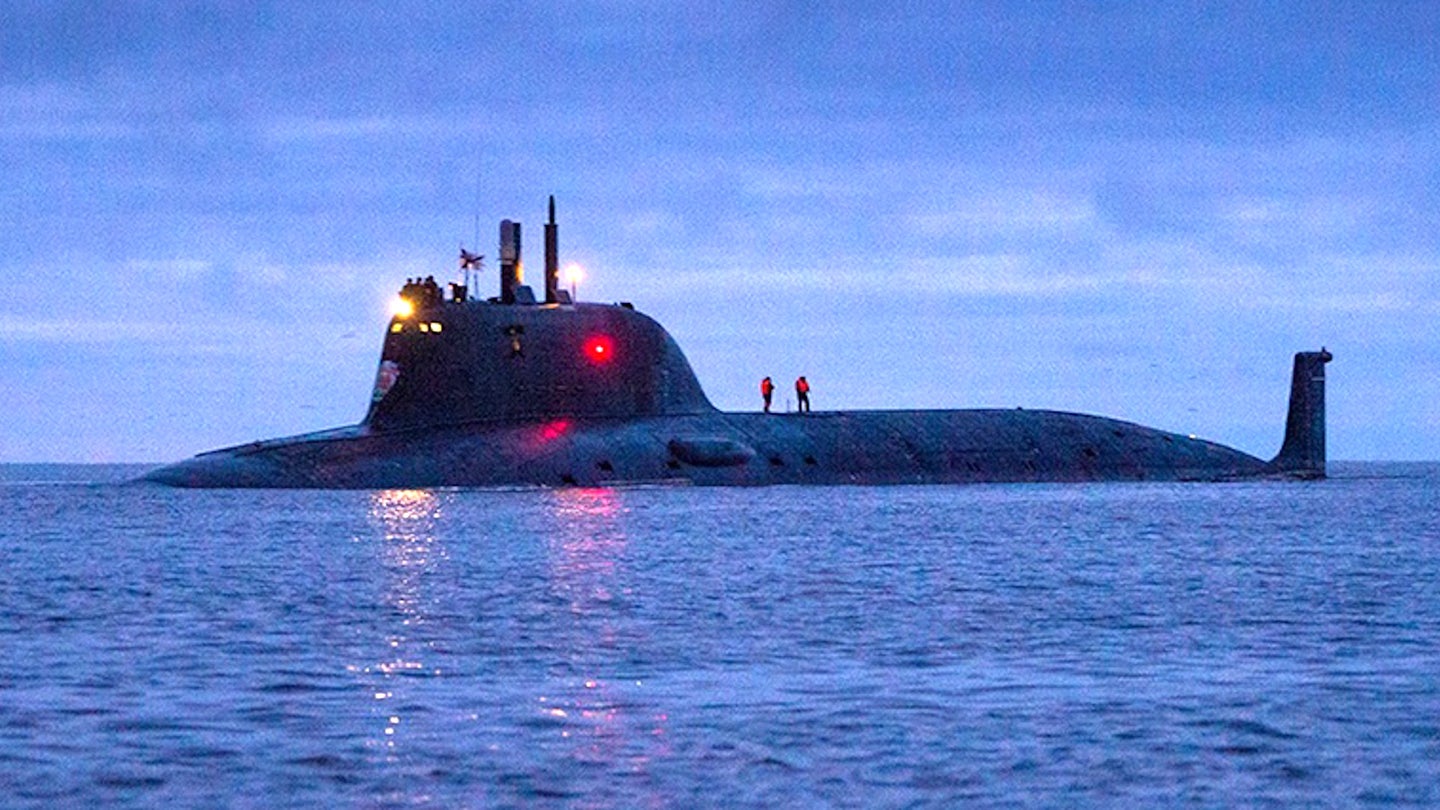 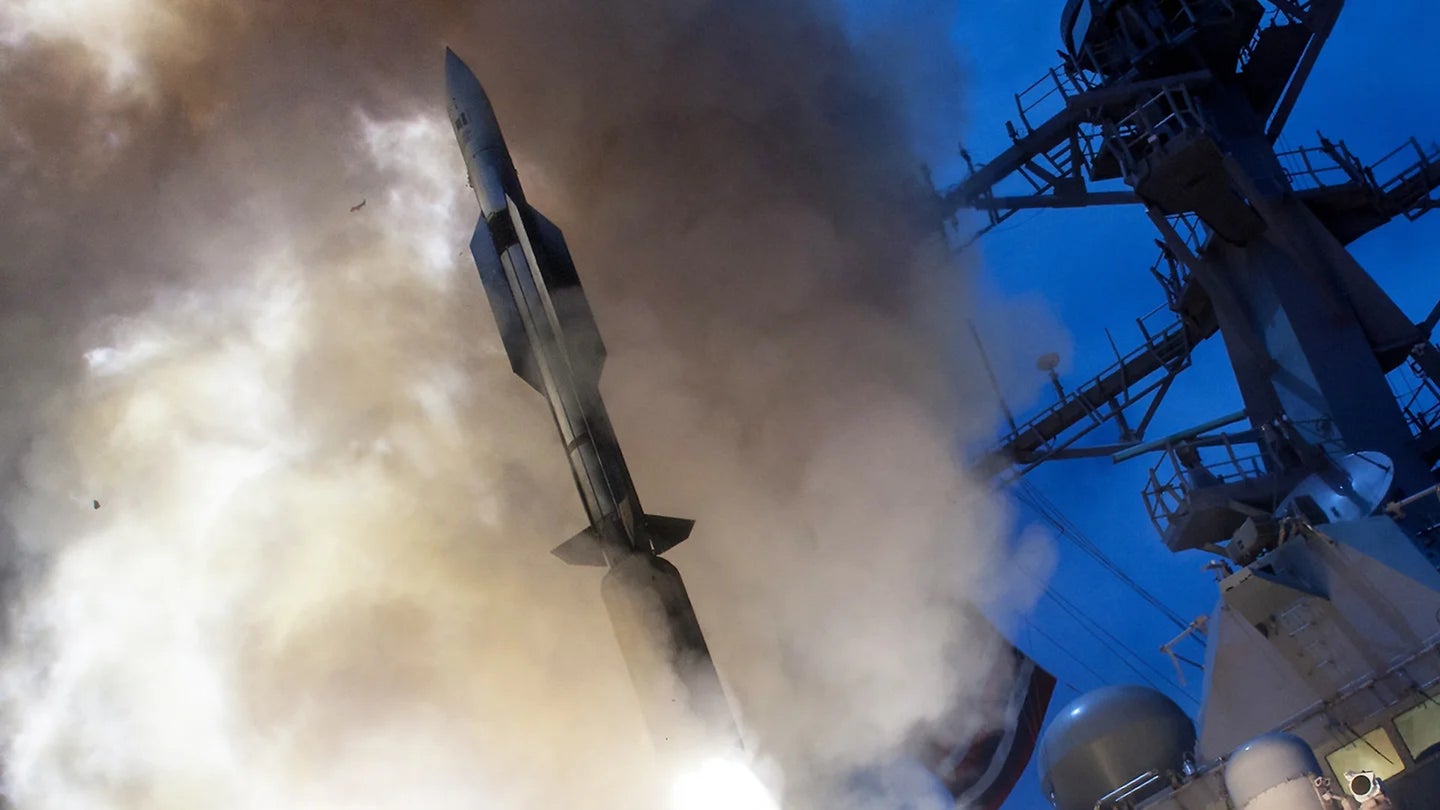 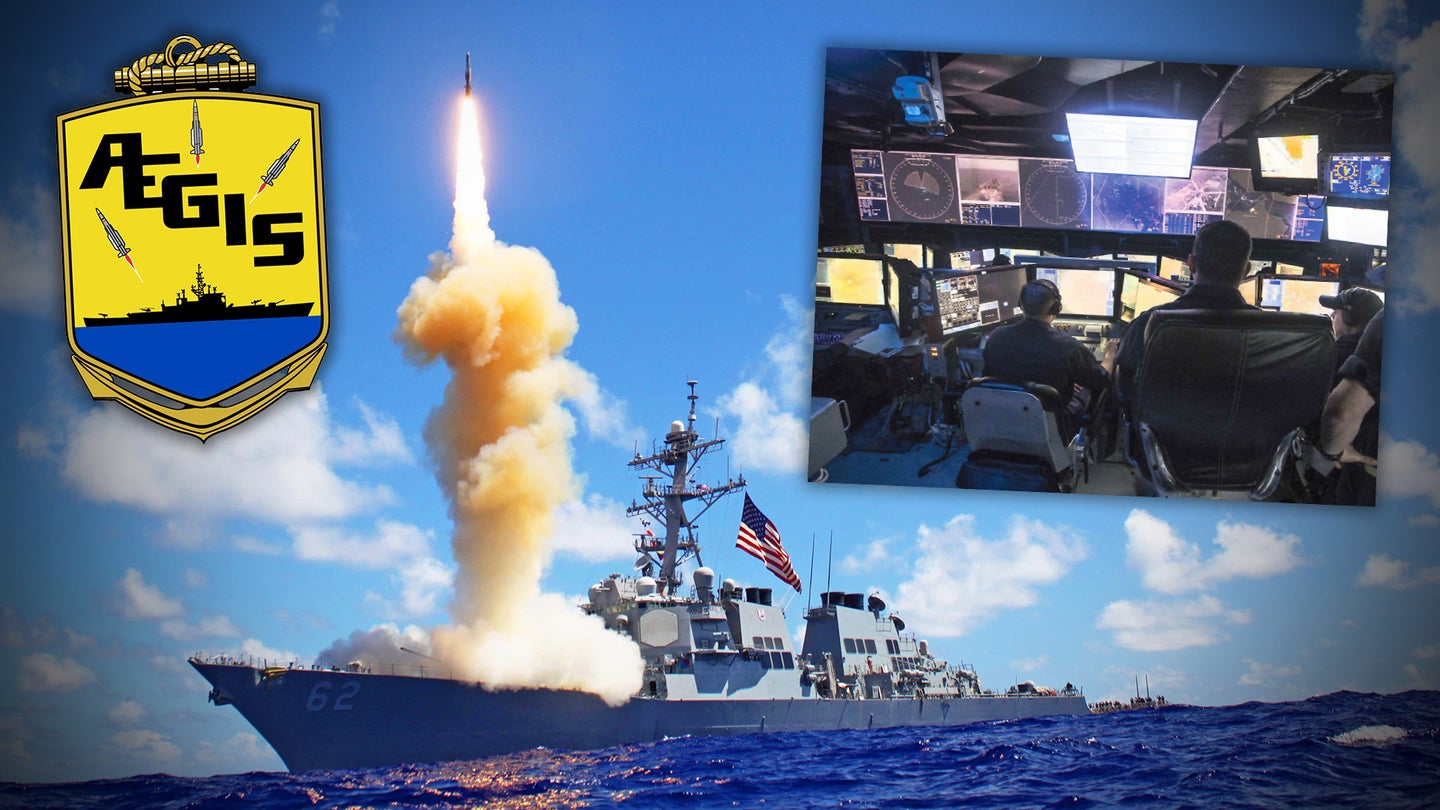 We go in-depth with Lockheed’s point man on Aegis about the combat system’s revolutionary past, evolving present, and universal future.