A 70-ton jet-powered maritime patrol aircraft that could operate from runways peppered with bomb craters, unprepared airstrips, scrub, water, or even ice? The Grumman/Shin Meiwa ASR-544-4 proposal could have provided Japan, as well as other operators, with a remarkably versatile, high-performance submarine-hunter. Sadly, perhaps, this Cold War project never made it beyond the drawing board, but it was a radical concept that warrants further examination.

The joint American/Japanese program was based around the potential of a novel concept that had been developed by Bell Aerosystems, the Air Cushion Landing System, or ACLS, which was apparently first tested on a Lake LA-4 light amphibious aircraft.

In the late 1960s and early 1970s, there were a number of experiments to fit aircraft with the rubber-raft-like ACLS gear, which promised to make possible operations from almost any surface. In this way, an aircraft fitted with ACLS could be truly amphibious without the requirement for wheeled landing gear, skis, floats, or even a boat-like hull.

The ACLS employed an inflatable bag under the aircraft that effectively transformed it into an air cushion vehicle once on the ground (or water). This was inflated using compressed air, released through thousands of nozzles on the inside of the rubber skirt, creating a layer of air that the aircraft literally floated upon. Integral ‘pillows’ were deployed to slow the aircraft down when landing, acting as brakes. When the aircraft was parked or floating on water, an internal bladder sealed off the nozzles.

To test the idea for military applications, the U.S. Air Force and Canada’s Department of Industry, Trade and Commerce teamed up with Bell to adapt a de Havilland Canada DHC-5 Buffalo twin-turboprop short takeoff and landing transport with ACLS. Two additional turboprop engines were fitted to provide compressed air to inflate the ACLS. Known as the XC-8A and nicknamed the “Puffalo,” the modified air-cushion Buffalo first took off using ACLS in March 1975. It’s unclear, however, if it ever landed with a fully inflated system. Overall, though, it seems the main concern with the project was the service life of the aircraft’s rubber airbag, which proved prone to wear and tear on harder surfaces.

Meanwhile, the ACLS was being eyed by Grumman and Shin Meiwa as a way of greatly improving the versatility of their planned maritime patrol aircraft. In the ASR-544-4 proposal of 1973, the aircraft would likely have been used mainly from the sea, but it was expected to be able to tackle other surfaces too, including improved and unimproved runways.

With an elegant 104-foot high-mounted swept wing and a swept T-tail, the ASR-544-4 was broadly reminiscent of the Martin P6M Seamaster jet-powered flying-boat prototype of the 1950s. The engine installation was unusual, with a pair of turbofans mounted above the wings, close to the wing root, and a third engine buried in the tail. The exhausts of the two over-wing engines could be deflected 15 degrees downward to improve takeoff performance.

The 111-foot fuselage had space for a crew of 10, together with their workstations, a rest area, bunk, galley, and lavatory. Mission equipment was planned to include radar in the nose, magnetic anomaly detector in the wingtip floats for finding submerged submarines, plus internal sonobuoys. Two separate lower-fuselage weapons bays would have carried up to eight torpedoes, while four underwing stations were also provided for anti-ship missiles.

Finally, the ACLS below the fuselage would have been 44 feet long and 24 feet wide, with a maximum depth of 6.7 feet, and would have retracted fully into the fuselage when not in use. The air needed to inflate the cushion would have come from two “common power packages,” located in the rear fuselage, these same engines also providing bleed air for the boundary-layer control system, which streamed gases over the upper surfaces of the wing for improved takeoff and landing performance. Takeoff from calm water with a headwind was expected to be achieved in 21 seconds, the aircraft lifting into the air after a distance of 1,700 feet.

Performance-wise, the ASR-544-4 would have had a mission radius of 1,400 nautical miles and a maximum stores load of over 12,000 pounds. The planned top speed was an impressive Mach 0.9, which would have allowed it to take up its position on station far quicker than its propeller-driven counterparts.

It’s unclear if there was a specific requirement that the ASR-544-4 was aimed at, but the design was expected to be ready for service in 1980, which would have provided the Japan Maritime Self-Defense Force (JMSDF) with a more capable successor to the four-turboprop Shin Meiwa PS-1 and US-1, anti-submarine and search and rescue amphibians, respectively, which entered service in the early 1970s. Interestingly, while the US-1 was a true amphibian, with a boat hull, floats, and wheeled landing gear, the PS-1 was a flying boat that could only alight on water. These aircraft also had a separate engine to provide power for the boundary-layer control system, similar to what was planned for the ASR-544-4.

With a long history of amphibian and flying boat manufacture and service, it seems likely Japan was looking closely at more advanced aircraft in this class by the 1970s. Had the ASR-544-4 been chosen for production, it could perhaps have replaced the land-based SP-2H and P-2J Neptune as well as the earlier flying-boats. Instead, the Neptunes were eventually replaced from the early 1980s by P-3C Orions, a more conventional four-turboprop patroller.

Meanwhile, the JMSDF has continued to operate both land-based fixed-wing patrol aircraft and amphibians, the most recent in the latter category being the impressive four-turboprop ShinMaywa US-2, a handful of which are in service. The impressive ability of the US-2 to take off from short stretches of water is something that The War Zone has looked at in the past. As for the P-3, after upgrade, the surviving JMSDF fleet is now being slowly replaced by indigenous, four-jet Kawasaki P-1 maritime patrollers.

However, it’s hard to see that the U.S. Navy, which had already turned its back on patrol amphibians by the late 1960s, would have found a role for the ASR-544-4, although it would have offered a compelling performance advantage, at least in terms of speed and runway independence, compared to the P-3.

While the promised performance and unique operating attributes of the ASR-544-4 are undeniable, it would likely have been expensive to procure and operate. Furthermore, with five turbine engines of two different types, maintenance may have been a challenge. Today, Russia is the only military operator of a jet-powered amphibian of any kind, the Beriev Be-200, with the first example delivered to the navy last year. Intended primarily for search and rescue, this aircraft is broadly similar in size and configuration to the ASR-544-4, but of course uses a more conventional boat-like hull plus wheeled undercarriage, rather than air cushion landing gear.

Keeping the ASR-544-4 serviceable would have been further complicated by its lack of landing gear, likely making some kind of beaching gear (as used on the PS-1) essential whenever it was on land for prolonged periods, with the ACLS uninflated. Even the process of the crew entering and disembarking would have been somewhat tricky, not to mention refueling and rearming the aircraft.

Ultimately, the ACLS did not find any applications that were enticing enough to put it into testing and production, although it continued to be revisited in the United States and elsewhere into the 1990s. Today, the concept is being offered as a means of operating airships from various different surfaces.

A Soviet concept from the 1980s that added ACLS-like landing gear to the Antonov An-14 utility transport:

Interestingly, the ACLS could also provide a solution to the ongoing challenge of creating an amphibious version of the MC-130J Commando II multi-mission combat transport, an idea that the U.S. military is now looking at again closely. There have been previous studies of C-130s using air cushion landing gear and it’s just possible that the same concept might once again find its niche.

In the meantime, the design of the ASR-544-4 stands testament to a bold approach to rethinking the problem of creating a truly amphibious aircraft. 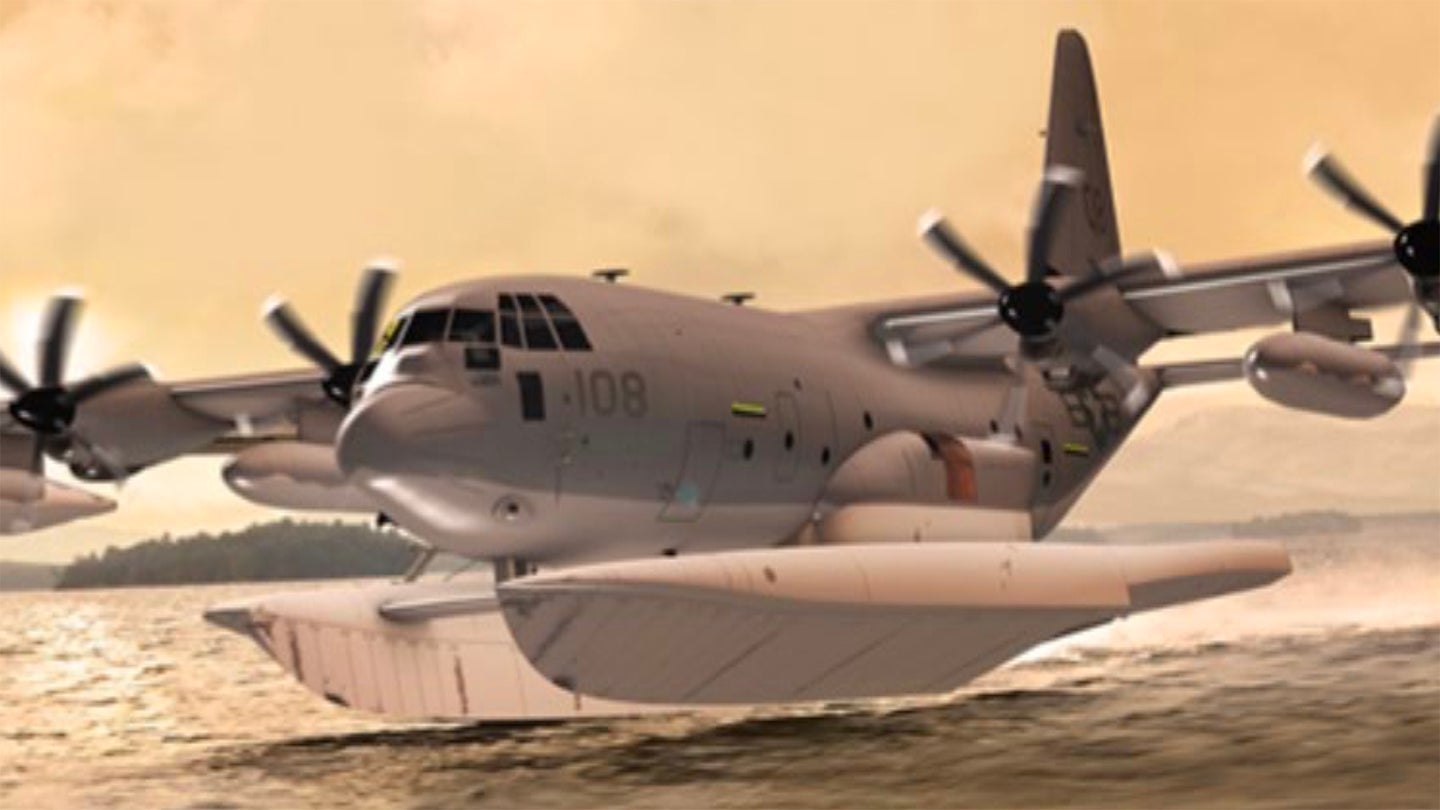 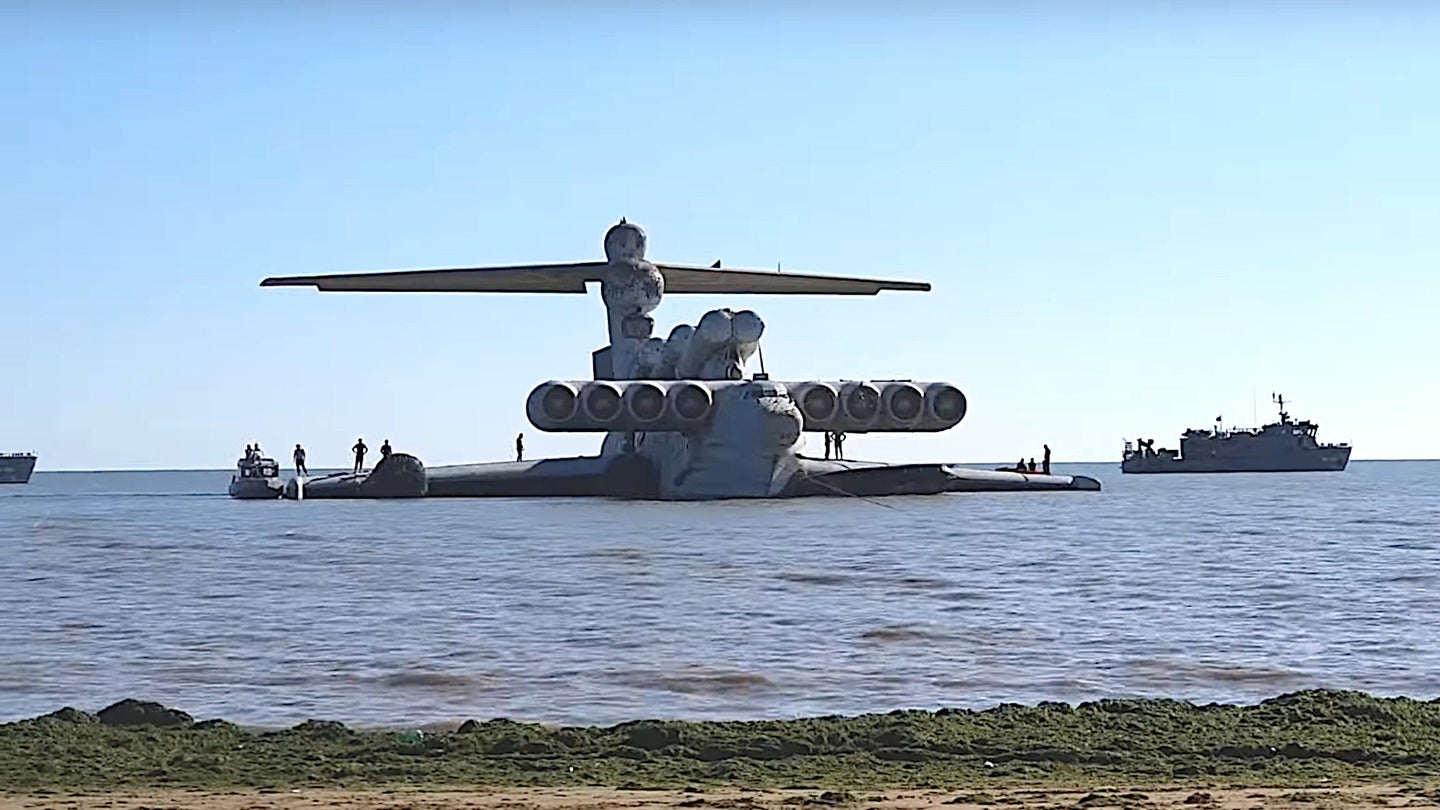 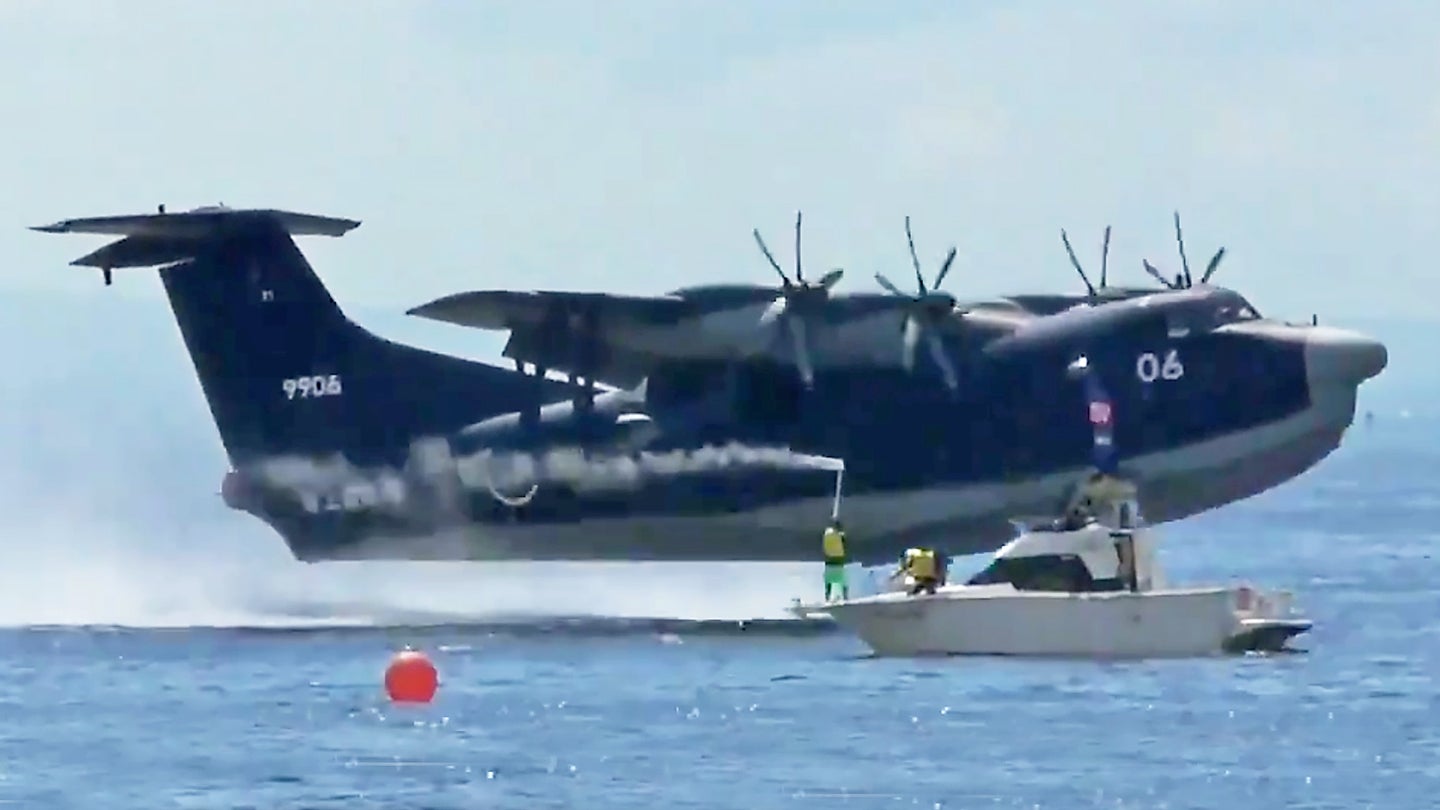