The U.S. Army says it has tested a prototype of an unmanned derivative of the M142 High Mobility Artillery Rocket System, or HIMARS, that is capable of a certain degree of autonomous operation. The service has also released a glitzy computer-generated video presentation depicting one of these vehicles, now known as the Autonomous Multi-Domain Launcher, or AML, working a standard HIMARS launch vehicle to engage a hostile warship and land-based air defenses after being airlifted onto an island by C-130-type cargo aircraft. That video offers new information about the plans for the future Precision Strike Missile, as well.

The recent test of the AML prototype, which took place on June 16, focused on demonstrating this general concept of operations, with a particular eye toward future operations in the Pacific Region. Over the course of the mock mission, which personnel from the Army's 18th Field Artillery Brigade led, the unmanned launcher was airlifted onto multiple simulated "islands" at Fort Sill in Oklahoma. The 18th Field Artillery Brigade, based at Fort Bragg in North Carolina, is part of the XVIII Airborne Corps, which also includes the 82nd Airborne Division and that is tasked with, among other things, being prepared to rapidly respond to contingencies worldwide.

The scenario involved, in part, simulating the launch of multiple Precision Strike Missiles (PrSM), a weapon that is still in development, at targets more than 310 miles away. The AML also engaged mock targets at shorter distances using unspecified artillery rockets. The current HIMARS launcher can fire precision-guided 227mm artillery rockets, as well as the Army Tactical Missile System (ATACMS) short-range ballistic missile, and is slated to be able to launch PrSMs in the future.

The video presentation that the Army released along with its disclosure of the real-world test, seen earlier in this story, shows a pair of C-130s, one carrying a standard HIMARS vehicle and the other loaded with the AML, landing on an austere airstrip and unloading the launchers. The two vehicles then take up firing positions, with the manned HIMARS engaging a Russian Slava class cruiser at sea and the AML conducting a strike on what appears to be a Russian-made S-400 surface-to-air missile system battery. The two launchers are then loaded back onto the C-130s and depart the area, while U.S. Air Force F-16C Viper fighter jets are shown then moving in to conduct follow-on strikes through the newly formed gap in the enemy's defenses.

The rapid deployment of manned HIMARS launch vehicles via C-130-type aircraft, as well as Air Force C-17A Globemaster III airlifters, to forward locations is already a well-established tactic in the Army, as well as the U.S. Marines Corps. The latter service refers to these as HIMARS Rapid Infiltration missions, or HIRAIN. The Army has also been exploring, in cooperation with other branches of the U.S. military, how ground-based artillery and missile systems could help neutralize enemy air defenses and other anti-access and area denial (A2/AD) assets in future conflicts.

The video below shows the rapid deployment and then employment of a HIMARS launcher after being delivered to a forward location via C-17.

At the end of the video, an overview of the AML is given, showing that it navigates using a combination of cameras, LIDAR sensors, and GPS. The Army says that, at present, the unmanned vehicle has a drive-by-wire capability that can autonomously follow a series of waypoints or operate in a "follow-the-leader" mode tethered to another vehicle, such as manned HIMARS launcher. It can receive targeting information and launch commands remotely or directly through a control panel on the side of the vehicle.

The Army had issued a call for white papers on various advanced concepts, including the idea of an unmanned derivative of the HIMARS launch vehicle, in January. Briefings show that the service has been interested in this launcher since at least 2019. It has reportedly spent $10 million on the project, which is presently just a technology demonstration effort, so far, some of which came from funding that Congress added to previous budgets on top of the service's requests.

noted when it first emerged that the Army was exploring this concept earlier this year, an unmanned derivative of HIMARS presents a number of potential benefits, including simply allowing units to deploy more launchers, especially for shorter-during missions, without the need for large amounts of personnel. Unmanned launch vehicles that can operate autonomously, even just when instructed to move to a new location, makes it easier to distribute them across a broader area, increasing their operational flexibility, while also reducing their vulnerability to counterattacks. This could also speed up the process of relocating them to respond to sudden changes on the battlefield.

The Army also says that the removal of the full-size cab on the AML could also enable it to fire longer weapons that can be currently accommodated on the HIMARS launcher. With that in mind, it's interesting to note that, in the video, the unmanned launcher was used to fire an extended range version of the PrSM, referred to therein as the Increment 2 variant of this weapon and depicted as coming preloaded in a longer-than-usual launch canister.

When the development of the PrSM began, the weapon's range was limited by the provision of the bilateral Intermediate-Range Nuclear Forces (INF) Treaty between the United States and Russia. The U.S. government withdrew from that agreement in 2019 and the Army has since been working with Lockheed Martin on versions of the PrSM that can hit targets at previously prohibited distances. This new video would suggest that at least one planned extend-range version is longer than the standard PrSM, which can be fired from the existing HIMARS launcher.

The video also offers a look at the planned variant of the PrSM with anti-ship capabilities, identified as the Increment 4 version, and that is shown to have a distinctly different tail assembly and what could be a new nose cone. A new nose would be needed to house one or more types of seekers to enable the missile to engage moving targets at sea, which would also demand an increased level of maneuverability that could come from the new tail.

There's no mention of the Increment 3 PrSM variant or what capabilities it might have. There have been previous discussions about integrating new payloads onto the PrSMs in the future, including novel options, such as loads of small unmanned aircraft that would be released over a target area and that would then operate as an autonomous swarm.

At the same time, the Army is also looking to field ground-based versions of the Navy's multi-purpose SM-6 missile and the Tomahawk cruise missile, which are too long the fit into existing HIMARS launchers. AML could present a potential launch platform for those weapons.

"You can have all kinds of different configurations of missiles depending on what kind of fight you want to go into," Jeffrey Langhout, director of the Army's Aviation and Missile Center, which is part of the service's Combat Capabilities Development Command, told reporters during a conference call on June 16. “Easily one of the biggest things it does is it just physically gives us more room without having to go spend gazillions of dollars to buy a whole new launcher. It enables us to kind of use what we have and do some minor modifications to it, which gives us options moving forward on however the Army chooses to move forward with the missile fleet.”

The Army's plan now is to continue with its current AML early prototyping effort and to see about integrating that system in more robust exercises in the future, including in cooperation with units in or otherwise focused on operations in the Pacific region. This makes good sense as the service's first so-called Multi-Domain Task Force (MDTF) is based at Joint Base Lewis-McChord in Washington State and has a focus on the Pacific.

This MDTF is a testbed organization of sorts that is exploring how to integrate various advanced technologies, including new weapons and greatly improved networking capabilities, as well as associated tactics, techniques, and procedures, into future operations, especially against higher-end opponents, such as China or Russia. This unit set to receive the first operational battery equipped with the Army's future Long Range Hypersonic Weapon, as well as a Mid-Range Capability Battery that could be equipped with land-based SM-6s and Tomahawks, or other weapons, such as Increment 2 PrSMs, depending on how the service proceeds in those development efforts.

The broad Indo-Pacific, and China within it, is the central focus of much of the future planning going on across the U.S. military, as a whole, at present. The AML, as well as other long-range strike capabilities, are part of a clear Army push to ensure it will be a relevant contributor to any future conflict in that region.

It's worth pointing out that the Marines are in the process of developing their own unmanned mobile missile launcher, as well, based on the 4x4 Joint Light Tactical Vehicle (JLTV) chassis to support their own new expeditionary and distributed concepts of operations, which are still being refined. That service, which as already noted also fields the manned HIMARS launcher, could very well be interested in the Army's AML concept, too.

So, while the Autonomous Multi-Domain Launcher effort is still very much in the demonstration phase, there certainly does seem to be real interest within the Army, as well as the Marines, in the benefits that autonomous ground-based missile launchers could offer American forces on future battlefields. 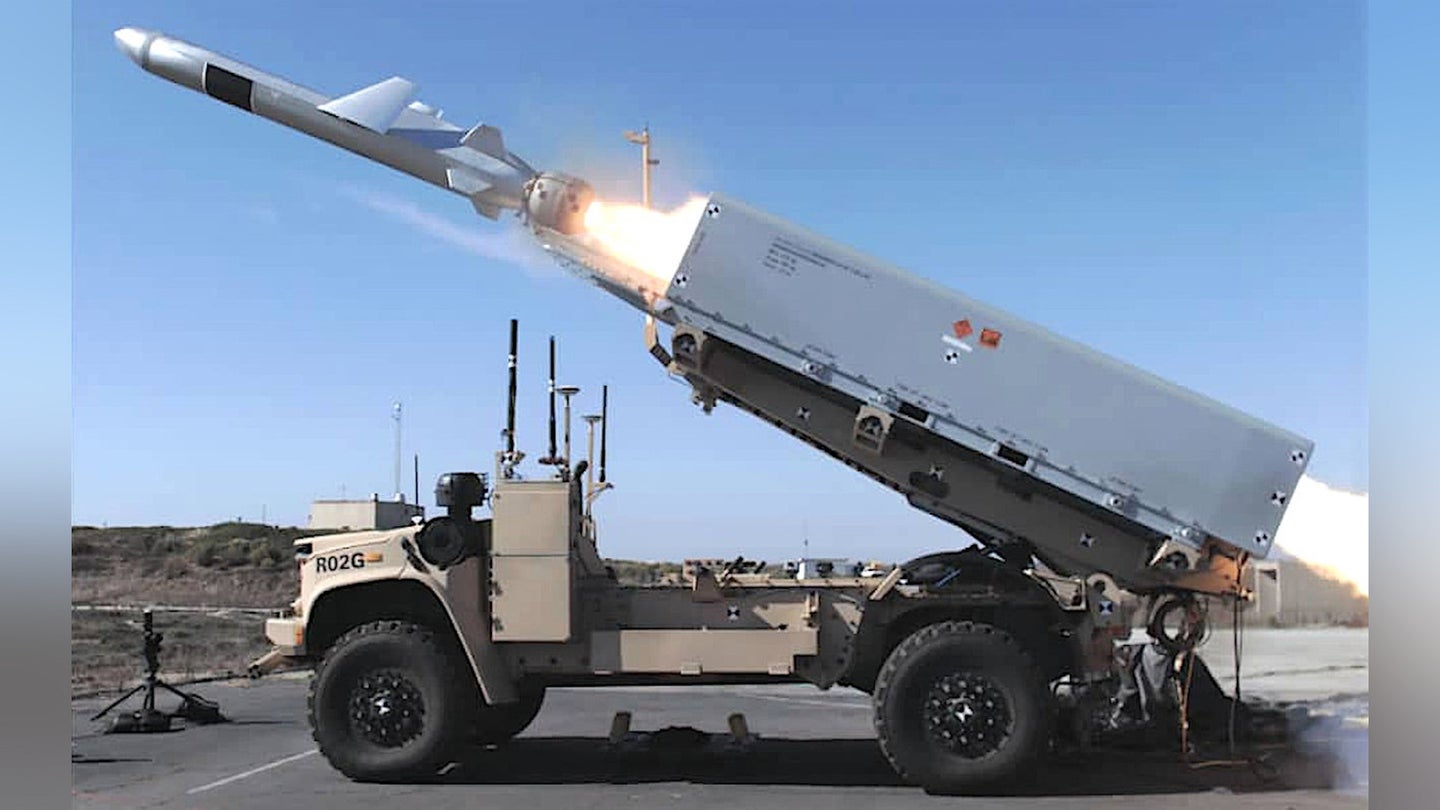 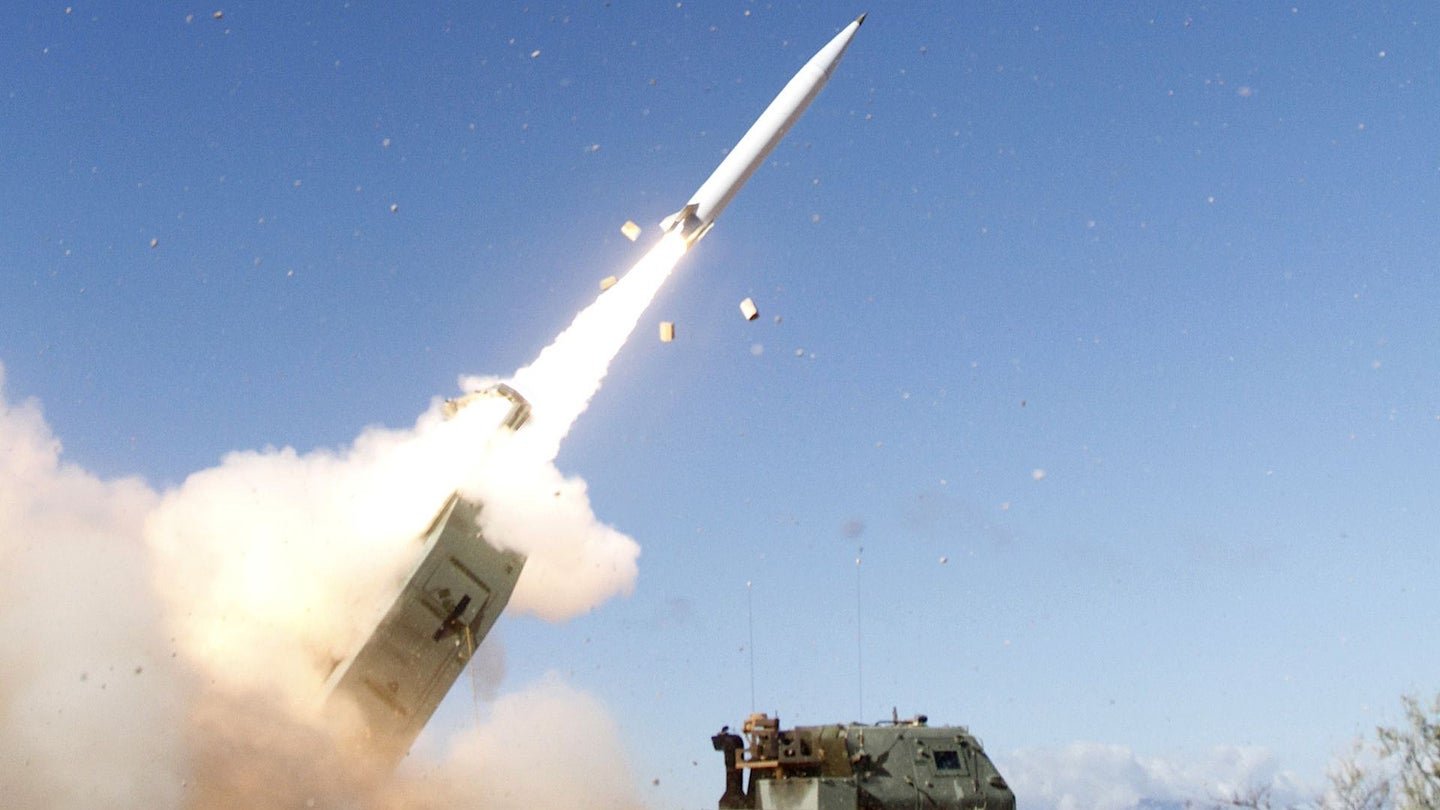 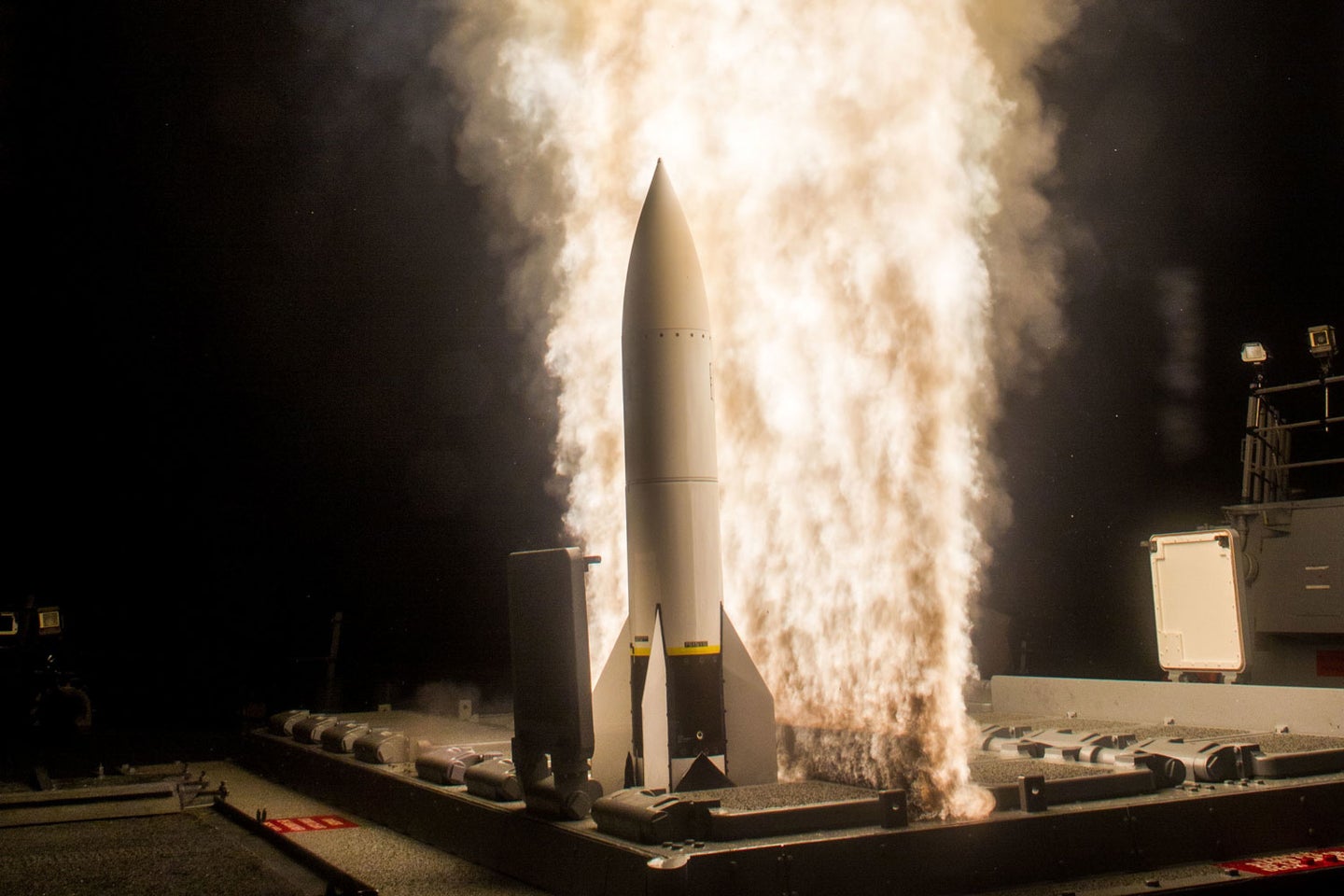