Recently, outgoing Air Force Chief of Staff General Mark Welsh made a comment on the highly controversial and widely publicized A-10 Warthog retirement plan that made big headlines. In a seemingly cryptic manner, the General described his wish for a “flying Coke machine” as a possible replacement for the A-10 Warthog, and then went on to say there simply isn’t enough money for such an idea to become a reality. What Welsh was actually describing is not a new concept at all. It is called a flying arsenal ship.

I have written dozens of articles on aerial arsenal ships from a KB-737 concept, to cruise missile slinging 747s, to unmanned A-10s, to the USAF’s new bomb-slinging AC-130 gunships, to exploring the potential of America’s next bomber design, and everything in between. The reality is that the USAF is already getting an arsenal ship, in the form of converted B-1 or B-52 bombers. But what General Welsh is almost certainly getting after here specifically is not just developing a new weapons platform but taking the entire close air support process and consolidating it into the hands of the Joint Terminal Air Controller (JTACS) on the ground.

In other words, removing the aircrew from the CAS loop entirely and basically creating a weapons effects/bombs on demand interface for JTACs on the ground to use, and then applying it to specific aerial platforms—especially unmanned ones.

Giving JTACs more control over aerial weapons delivery is already an initiative well underway. Last April, the USMC tested a new tablet-driven hardware and software concept under DARPA’s  Persistent Close Air Support program. The tests were a big success, with follow-on demonstrations quickly occurring. This system could be integrated with a whole slew of aerial platforms and it is just one of an array of initiatives that are clearly leading to a reality where JTACS on the ground are able to order up weapons from on high without a pilot or weapon systems officer acting as a middle man. The idea is that by doing so the “Kill Chain” will be greatly compressed, it will help to prevent fratricide, and it will also increase ground-based JTAC’s and the ground combat units they are embedded with situational awareness.

Pairing this evolving capability with an arsenal ship concept is a no brainer, but doing so with an unmanned arsenal ship could be totally game changing. By leveraging unmanned aircraft’s long endurance, with even MQ-9s Reapers staying airborne for over a day and a half now, an arsenal ship would be able to stay on station for the duration of a ground combat element’s mission. This is without the need for costly and vulnerable tanker support nearby. By “tethering” a drone that can persist for many hours or even days over a ground element, beyond being a weapons mule it could also provide aerial surveillance as well as network relay and critical electronic warfare and communications intelligence gathering functions.

The best part is that such an unmanned system could be autonomous when it comes to navigation and flying, and semi-autonomous when it comes to delivering weapons on target at the JTAC’s request. In other words, there would not have to be a man-in-the-loop flying the aircraft like Predator or Reaper unmanned systems are flown today. Instead such a craft could persistently orbit over the ground element it is supporting, and be directed to different areas and ordered to provide different functionality by JTAC's and controllers in that ground element below. This greatly reduces the cost of operating such an aircraft and unlocks its true potential. The USMC and its Intrepid Tiger II pods use a similar concept, where controllers on the battlefield below control is functionality regardless of what aircraft it is flown on.

If such an unmanned system were also equipped with the Orwellian-like Wide Area Aerial Surveillance capability, it could also give troops on the ground a God’s eye view of their surroundings at all times. Different parts of its massive amount of video information could be leveraged by a whole slew of users, down to the squad level on battlefield below and by intelligence analysts thousands of miles away, all at the same time. This could greatly expand a JTAC’s ability to direct fire support over a much wider area and the same aircraft carrying the WAAS sensor could also carry munitions for the JTAC to use.

It is possible that for lower threat environments, MQ-9 Reaper airframes could be adapted for this role to start. For the murky “high threat CAS environment” that the USAF constantly pounds away on as a reason to retire the unstealthy A-10, low-observable Unmanned Air Combat Vehicles (make sure to read this piece for full background and context) could be used instead. Integrating "point and click" JTAC control capability onto these advanced unmanned combat aircraft would make great sense considering they would already be capable of autonomous/semi-autonomous operations and doing so could give them a critical mission after they have already “kicked down the enemy’s door” for the most part by attacking as an enemy's integrated air defense system as a networked swarm in the opening days of a conflict.

By utilizing MQ-9s and multi-role stealthy UCAVs the USAF could greatly decrease the cost of developing an independent "niche" weapons platform just for this task. Eventually larger airframes could be fielded for the CAS arsenal ship role, but the nice thing about using UCAVs and MQ-9s is that if more capacity is needed it is as simple as assigning more airframes to a mission.

Under a close air support arsenal ship concept, the fact that these aircraft could be controlled via a line-of-sight ground-to-air data-link loop, one with bursts of data sent only when needed, not continuously, also makes their susceptibility to jamming, detection or cyber-attack incredibly low.

The arsenal ship concept coupled with a “weapons on demand” scheme for JTACs on the ground, as well as all the other capabilities these unmanned aircraft could bring to the fight while providing this primary capability, is very enticing and should be pursued. The concept also underscores just how badly the USAF needs a unclassified, wide-spanning UCAV program as it could help solve so many issues facing the flying service today, including justifying the A-10's retirement. Yet for the conflicts of today, this capability alone does not make the existence of the A-10 invalid, at least not yet.

First off, this concept needs to be developed into an operational form. Seeing that the integration of semi-autonomous unmanned aircraft is glaringly obvious when it comes to such a concept, it is doubtful that the USAF, which has proven to be culturally averse to fully embracing unmanned systems, will pursue it. Because a non-stealthy MQ-9 can be swapped with a stealthy UCAV when it comes to providing this capability in highly contested environments, it also competes directly with the F-35 program.

Even the best precision guided munitions go awry a percentage of the time. The A-10’s GAU-8 Avenger’s cannon shells do not. Still, the A-10’s gun-based “danger close” engagement success rate depends on the quality of the information the pilot has and the quality of their skills in the cockpit under very challenging conditions. Still, the A-10’s gun, and even the 20mm and 25mm cannons found on other American fighter and attack aircraft, have meant the difference between life and death many a time on the battlefields of Iraq and Afghanistan. Additionally, with laser guided rockets just now coming online, it is very hard to imagine an a semi-autonomous unmanned system making direct attacks on man-sized targets hiding in doorways and window openings.

Even with the A-10’s ruggedness, close proximity to the fight, highly trained pilot and devestating cannon being considered, the close air support arsenal ship/bombs on demand capability, along with the F-35 and possibly a the procurement of a light air support aircraft, may be a potent enough mix of capabilities to justify retiring the A-10 one day, but the existence of the F-35 alone surely cannot.

So until General Welsh’s unmanned "Coke machine in the sky" actually becomes a proven capability, the idea of sending the 'Hog to the slaughter house should be completely off the table. 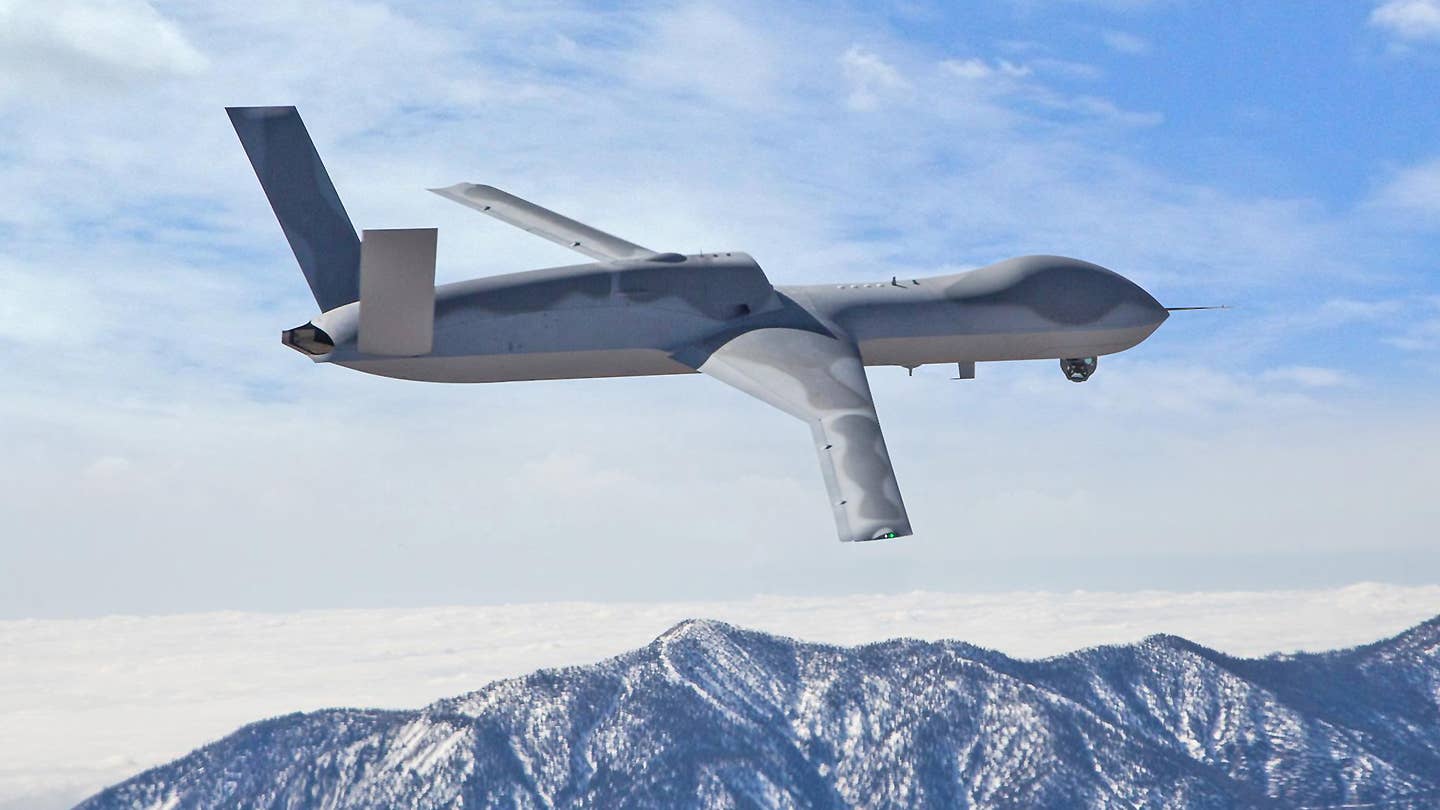