Video has emerged that shows a U.S. Customs and Border Protection AS350 helicopter flying extremely low in what looks to be an attempt to disperse a group protesting oil pipeline construction in northern Minnesota. This a potentially dangerous tactic that was also controversially employed just over a year ago by Army National Guard helicopter crews flying over protesters in Washington, D.C., a decision that prompted intense criticism, multiple investigations, and disciplinary action against a number of the individuals involved.

This new incident occurred earlier today at a pumping station north of Park Rapids Minnesota that is part of Enbridge Energy’s Line 3 crude oil pipeline. Indigenous groups and environmental activists are at the site as part of an act of organized civil disobedience to hinder work to modernize this pipeline. They say the line and work on it, which takes oil from Canada's Alberta province through North Dakota and Minnesota, before ending up at Enbridge's terminal in Superior, Wisconsin, presents environmental risks, especially to lands that are significant to local Native American tribes. Enbridge Energy is headquartered in Canada.

Footage that has now appeared on social media shows the Customs and Border Protection (CBP) helicopter in question, which has the U.S. civil registration code N3949A, approaching the protesters at a very low altitude and then moving sideways past them at relatively slow speed, and then hovering before flying away. The AS350's rotor wash is clearly seen kicking up dust and other debris as it passes by. The War Zone has already reached out to CBP to try to get more information about this incident.

However, as The War Zone

explored in detail after the incidents over Washington, D.C., on the night of June 1-2, 2020, using helicopters flying at low level to disperse crowds, though an established tactic, presents significant dangers to both bystanders on the ground and the helicopter and its crew. Flying debris kicked up by the rotor wash has the potential to cause serious injuries, and potentially death, to anyone on the ground below.That same debris could also get sucked into the helicopters rotors or otherwise smack into it. If the crew were to experience a catastrophic loss of engine power, or otherwise lose control, they could easily have gone crashing into the crowd below. You can read much more about the safety and other issues surrounding the employment of this tactic for dispersing protesters, especially in war zones, from a highly experienced helicopter pilot in this past feature of ours.

Though we still have limited details about the circumstances leading up to this incident, it's hard to fathom how the decision was made to employ this maneuver in this particular case given the risks and the existing outcry over what happened in the nation's capital last year. An initial investigation that the Washington, D.C., National Guard launched into that episode incident concluded that the helicopters had been used for this type of civil disturbance response mission without proper authorization and that various orders had been wrongly interpreted at multiple levels of the chain of command. At the same time, it also came to the conclusion that the use of the helicopters in this way was not dangerous, as types employed all had two engines, mitigating the risk of a total loss of power.

"Corrective actions and disciplinary actions have been taken" following that investigation, an Army official told reporters in April.

However, the Department of Defense's Office of the Inspector General, or DODIG, just released a new report last month that disputed some of those findings and raised new questions. Among other things, DODIG determined that the helicopter crews involved in those incidents had no specific training to employ this tactic, but called into question whether it was proper to say that orders had been misunderstood given significant confusion and inconsistencies in the instructions from various levels of the chain of command.

It's also worth noting that CBP aircraft, including one of its Reaper drones, were widely involved in the response to protests following the killing of George Flloyd and the agency had been widely criticized for its actions there, as well.

This new incident is almost certain to prompt new calls for CBP to explain its actions and describe what its policies are for using the powerful downwash from its helicopters to disperse protesters. 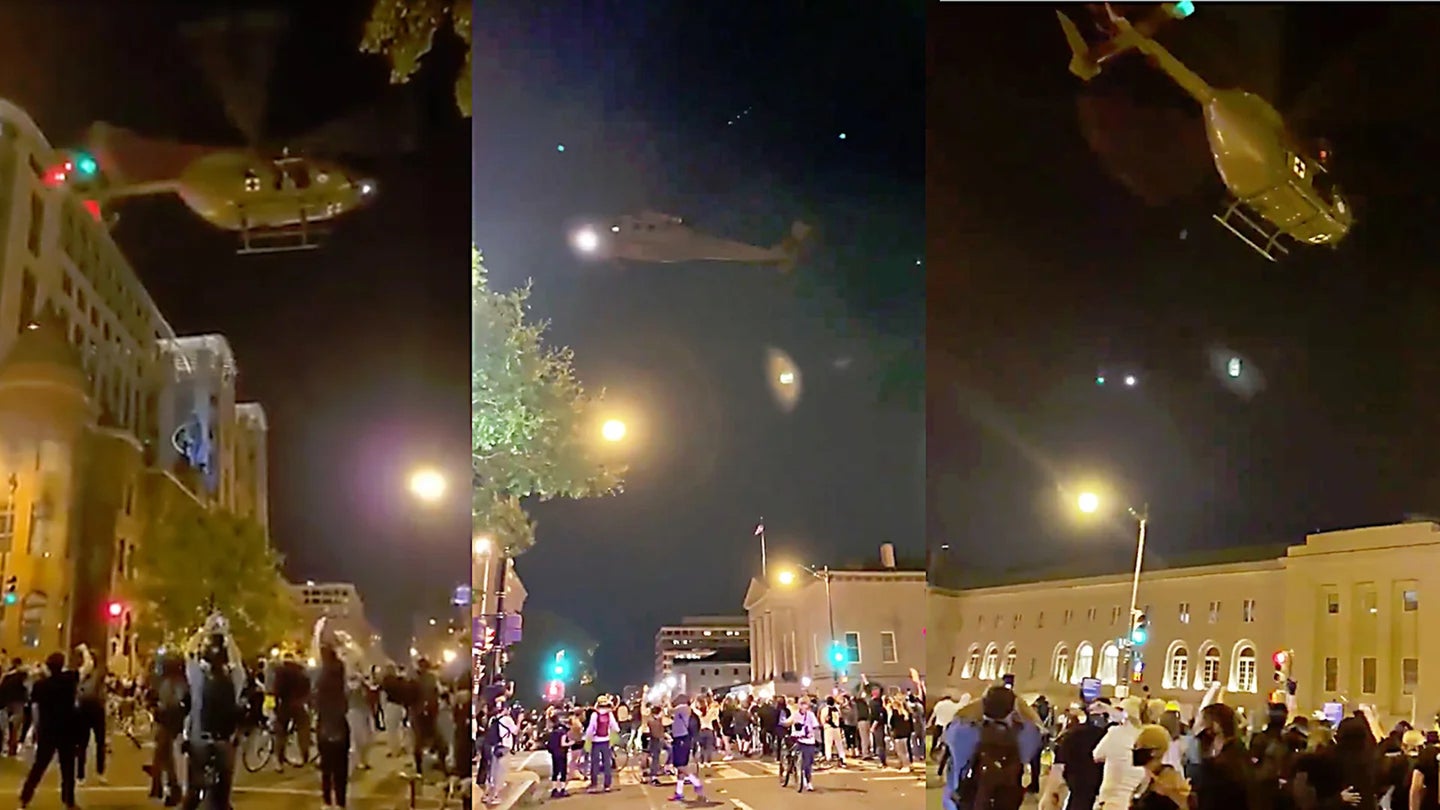 Revelations about the potentially dangerous low-level flights this summer come amid new concerns about post-election disturbances. 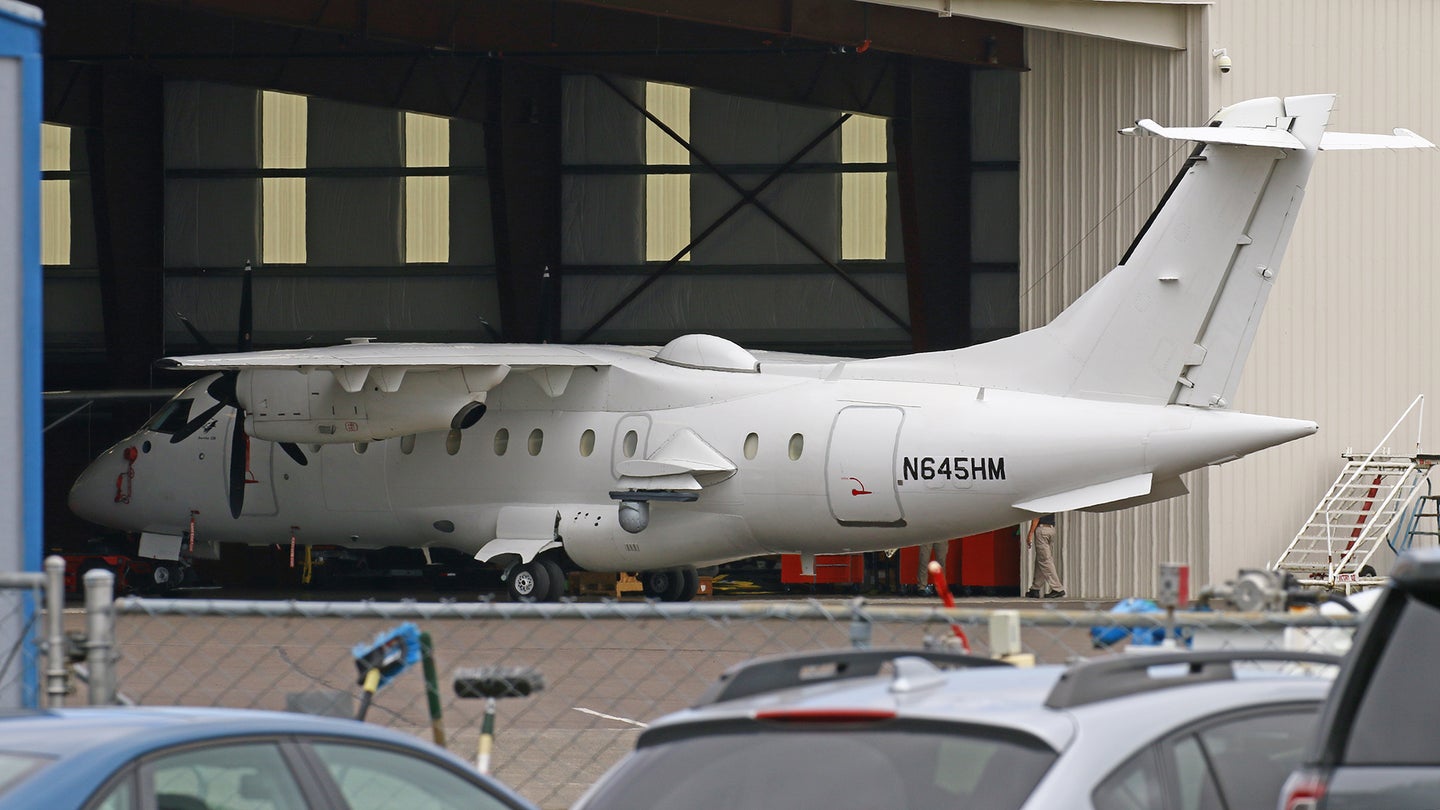 The highly adaptable aircraft was photographed carrying a large sensor turret and a podded system. 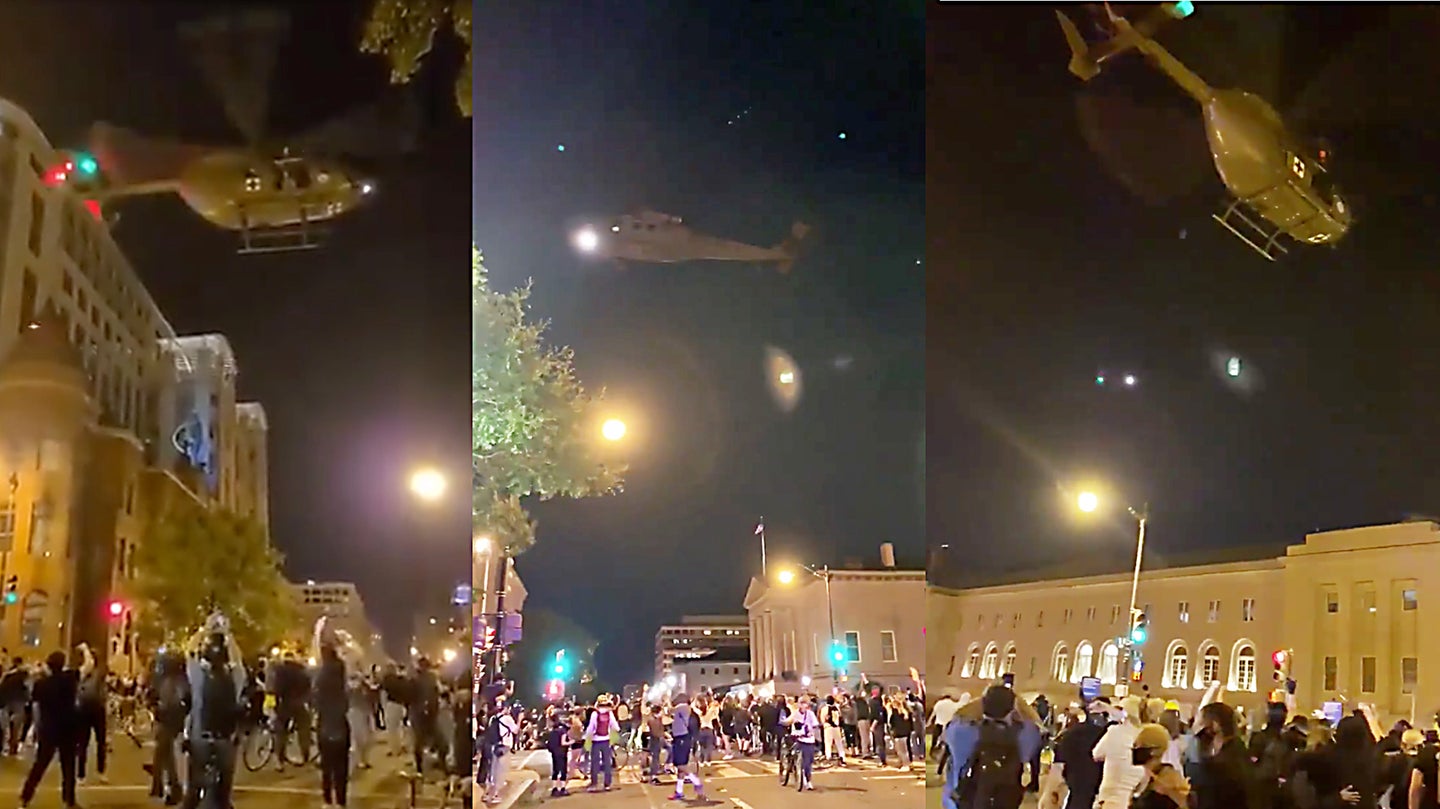