This is our first look at China’s own Stealth Hawk-like transport helicopter concept and they would have a leg-up in developing it thanks to Pakistan.

China's hard push to master low-observable (stealth) technologies is anything but a secret. With one stealth fighter in service,another in testing, a number of advanced stealthy drones in development, as well as two stealthy long-range strike aircraft, it's only natural for the People's Liberation Army to work toward applying advanced low observable design principles, material sciences, and manufacturing processes to rotary-wing aircraft. We may have just gotten our first glimpse of what that may end up looking like, or at least where such an interest lies.

The model in question was spotted by @HenriKenhmann who runs the Eastpendulum.com website. Henri notes that the screenshot was from the Chinese Helicopter Research & Development Institute, which is a subsidiary of the Aviation Industry Corporation of China (AVIC).

The aircraft shown appears to be a stealthy adaptation of China's Z-20 medium-lift helicopter, which itself is something of a clone of the H-60 Black Hawk. The Z-20's story is a unique one in itself, as most don't realize that China was a purchaser of the Black Hawk in the '80s, during a period of time when the United States was exporting some military capabilities to China. That ended with the Tiananmen Square Massacre in 1989. Regardless, the Z-20, like America's H-60/S-70, is quickly evolving into the preeminent multi-service, multi-role platform for the PLA. Harbin Aircraft Industry Group, which makes the Z-20, is also a subsidiary of AVIC.

Using the Z-20 as a basis for a stealthy transport helicopter takes zero imagination as that is exactly what the U.S. military did with its experimental 'Stealth Hawks' that were made famous by the Bin Laden raid in 2011. Those specially modified Black Hawks were really the product of research that dated back to the dawn of the H-60 in U.S. Army service, with other low observable variants coming before it, one of which The War Zone discovered and presented in this exclusive story. In addition, it's worth noting that American stealth helicopter research predated those aircraft on multiple fronts, including decades of research into quieting helicopters and masking their infrared signature, stealth kits for existing military helicopters, and of course the aborted Comanche stealth reconnaissance and attack helicopter program, which resulted in flying prototypes before being canceled. Many other studies by multiple aerospace manufacturers into low observable helicopters occurred over the second half of the 20th Century, as well.

There have been indications that China has been working on stealthy helicopter designs, especially in terms of attack and scout helicopter types, but the potential development of a stealth transport helicopter is somewhat of a less rumored affair.

With all that in mind, one would think China would have a lot of catching up to do in order to produce something like a stealthy Z-20, but that really isn't the case for two reasons. One is espionage, especially in the cyber domain. China has pilfered an avalanche of American aerospace secrets over the decades from virtually every major manufacturer and from with the Department of Defense. Still, the biggest leg up they have is a result of the very raid in which America's stealthy Black Hawks were first utilized.

When the downed stealthy Black Hawk was demolished via an explosive charge at Bin Laden's Abbottabad compound, its tail, which was sitting high atop the wall that surrounds the residence, remained intact. We may have never known these helicopters even existed if it was destroyed. Pakistan subsequently carted off the tail, which was of an extremely exotic design, and used it as a geopolitical bargaining chip in the turbulent aftermath of the raid. It is known to have been closely examined by America's adversaries, namely by Pakistan's other top weapons provider, China. The tail was eventually returned to the U.S. after roughly three weeks of fiery diplomacy.

A tail of a helicopter is not the helicopter itself, but short of the intact fuselage, it is the next best thing. It gives a lot of engineering away in a single package. In the case of the 'Stealth Hawk's' tail, it appeared to have comparatively drastic low-observable treatments, especially considering the helicopters were still using a four-bladed main rotor that is found on the standard H-60. The material sciences, manufacturing methods, the tail rotor's unique shrouded and multi-blade configuration, gave China a massive amount of highly classified know-how into achieving a stealthy Black Hawk derivative. I have been told by one source that the loss of that tail upped China's knowledge base on low-observables by at least a decade, especially when it comes to helicopter applications. The coating alone, along with the composite structure design, was a huge compromise in intellectual property.

So, now that China has its own indigenous Black Hawk, it can only be expected that they will try to replicate a stealthy variant. Considering how big a role helicopters in general play in the PLA's extra-territorial ambitions, such a program could very well become a high priority. This is evidenced in some way by the anchors on the model—this is a Naval design. This would be highly beneficial considering the People's Liberation Army Navy is pumping out large amphibious ships at an amazing rate.

Being able to clandestinely—or at least survivably—infiltrate over the horizon in complex littoral environments has a huge number of advantages. This is especially true for special operations and for things like combat search and rescue (CSAR). The proliferation of stealth aircraft makes CSAR a real challenge. How are traditional helicopters supposed to survive in areas where even a stealth fighter could not? Low observability helps reduce some risk in this regard and increases a mission's chances of success. Above all else, the ability to execute surprise targeted raids deep inside contested airspace is a capability the PLAN certainly would have a high interest in. Any plan to seize Taiwan, in particular, could greatly benefit from this capability and the PLA already sees helicopters as a major component of any such plan.

The Chinese stealthy Z-20 model in question has some interesting features, including a trapezoidal airframe that is similar to the earliest U.S. 'Stealth Hawk' studies, which you can read all about here. Note the shrouded main rotor hub, and, like America's actual Stealth Hawks, this design still uses the Z-20's main hub (five blades instead of four on the H-60/S-70). Also of note is the exhaust appears to be ducted into an enlarged tail boom and exhausted out of a spread-out upper vent system to minimize infrared signature. It is possible that air induction vents on the tail's bottom's lower 'soffit' are meant to mix the engines' hot exhaust gasses with cool air. They could even help provide air to the engines themselves. The blades, with their cranked tips, and which appear to droop significantly, could be indicative of a new composite design.

While still sporting a shrouded hub and an inclined angle, the tail appears less intricate than the American 'Stealth Hawk' tail. This could be for a number of reasons. First, it could just be representative in nature, not illustrative of the exact design, with the actual tail design too sensitive to display in such a forum. Second, this design could be more concerned with radar signature reduction than acoustic signature reduction. The tail rotor can make as much noise (if not more in some instances) on a helicopter than the main rotor. Going to a six or seven-blade composite design as seen on the U.S. 'Stealth Hawk' is thought to be as much about acoustic signature reduction as hiding from radar. Retaining a four-bladed setup would be easier and may still accomplish the low-observable requirements for the Chinese Navy's needs.

One odd part of the design stands out, the main gear look fixed, which wouldn't help its radar cross-section, especially from the critical lower-front hemisphere. Maybe they do retract in some way or it is a feature they plan on dealing with later, should this design move ahead into a prototype state (assuming it hasn't already).

While we are at it, we should mention the exotic aircraft concept sitting next to the stealthy Z-20 model. It appears to be a hybrid gas turbine-electric manned combat aircraft of sorts. The wings are capable of pivoting upward giving it a VTOL capability. At least some of the prop-rotors are designed to fold in on their nacelles for streamlined forward flight. It features a fighter-like radome up front and a large ventral sensor turret. Alternatively, this could represent a notional directed energy weapon (laser). The craft is quite interesting as it could be useful for operations from the PLAN's LHDs and LPDs to support rotary-wing operations in less than extreme threat environments. It could also operate from tiny landing areas on small islands and at austere bases. Also of note, the U.S. Special Operations community is looking for something similar, albeit in a more multi-mission transport role.

Similar design concepts do exist, such as NASA's Greased Lightning demonstrator, along with many other designs in the emerging eVTOL space, so this type of idea is not exclusive to China, albeit representing it in a militarized configuration may be.

When it comes to China's take on a 'Stealth Hawk,' only time will tell if such an idea actually comes to fruition. Considering the pace and wide array of investments Beijing is making into low-observable aerospace capabilities, it seems nearly inevitable. 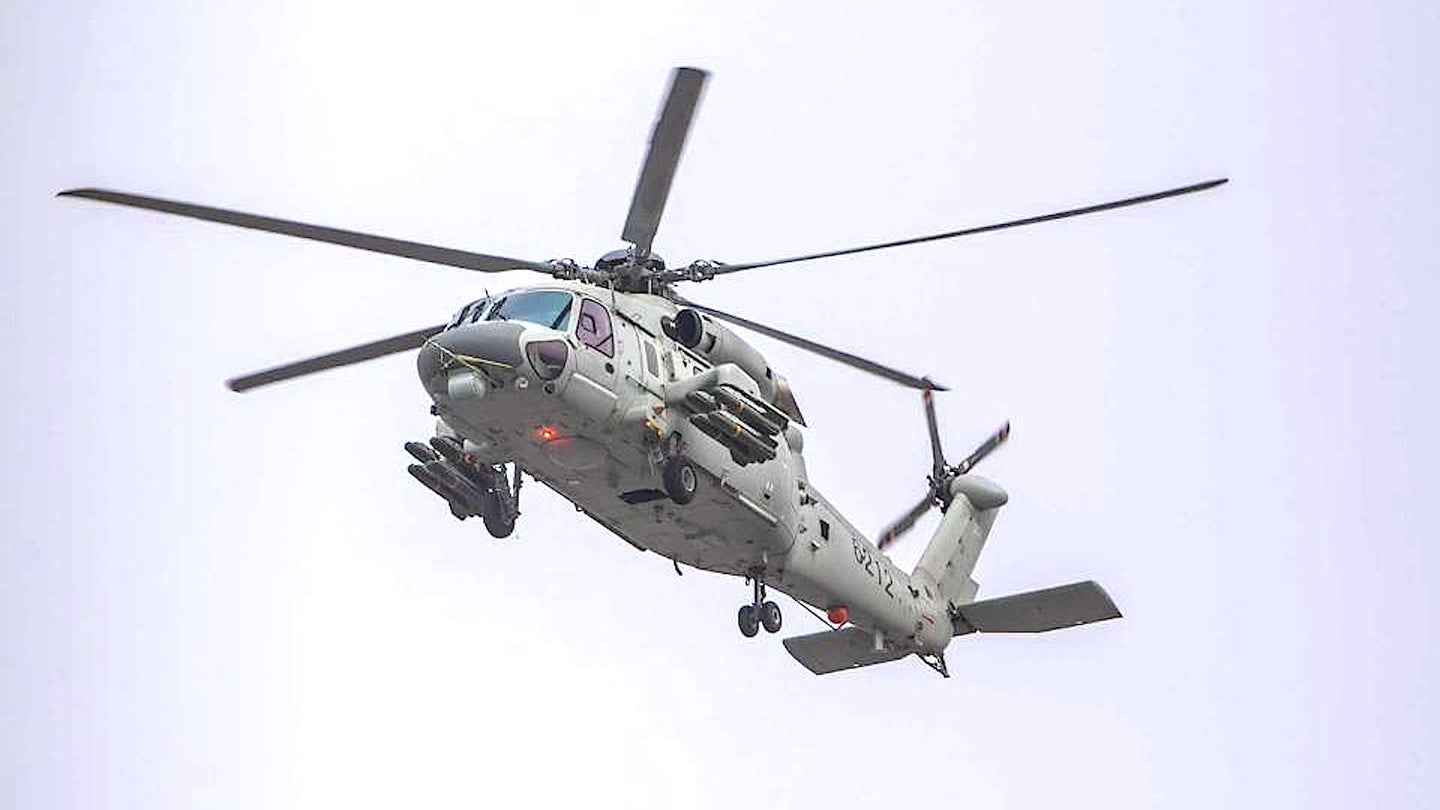 The Z-20F’s configuration is different from one recently seen on a standard Z-20 helicopter and mirrors the setup on U.S. Navy Seahawks. 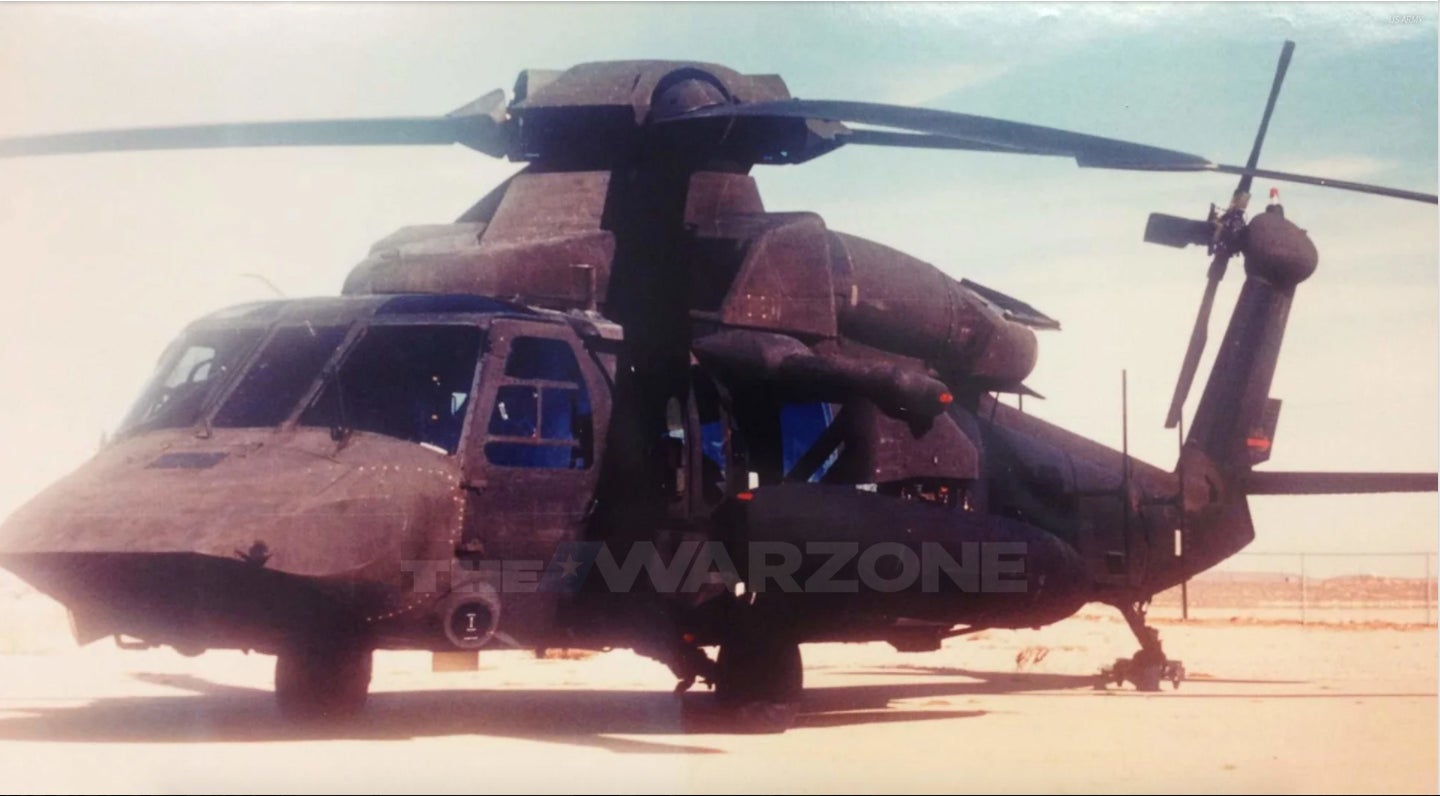 Almost a decade since we learned of the stealth Black Hawks used in the Bin Laden raid, we have seen no images of them or of their lineage, until now. 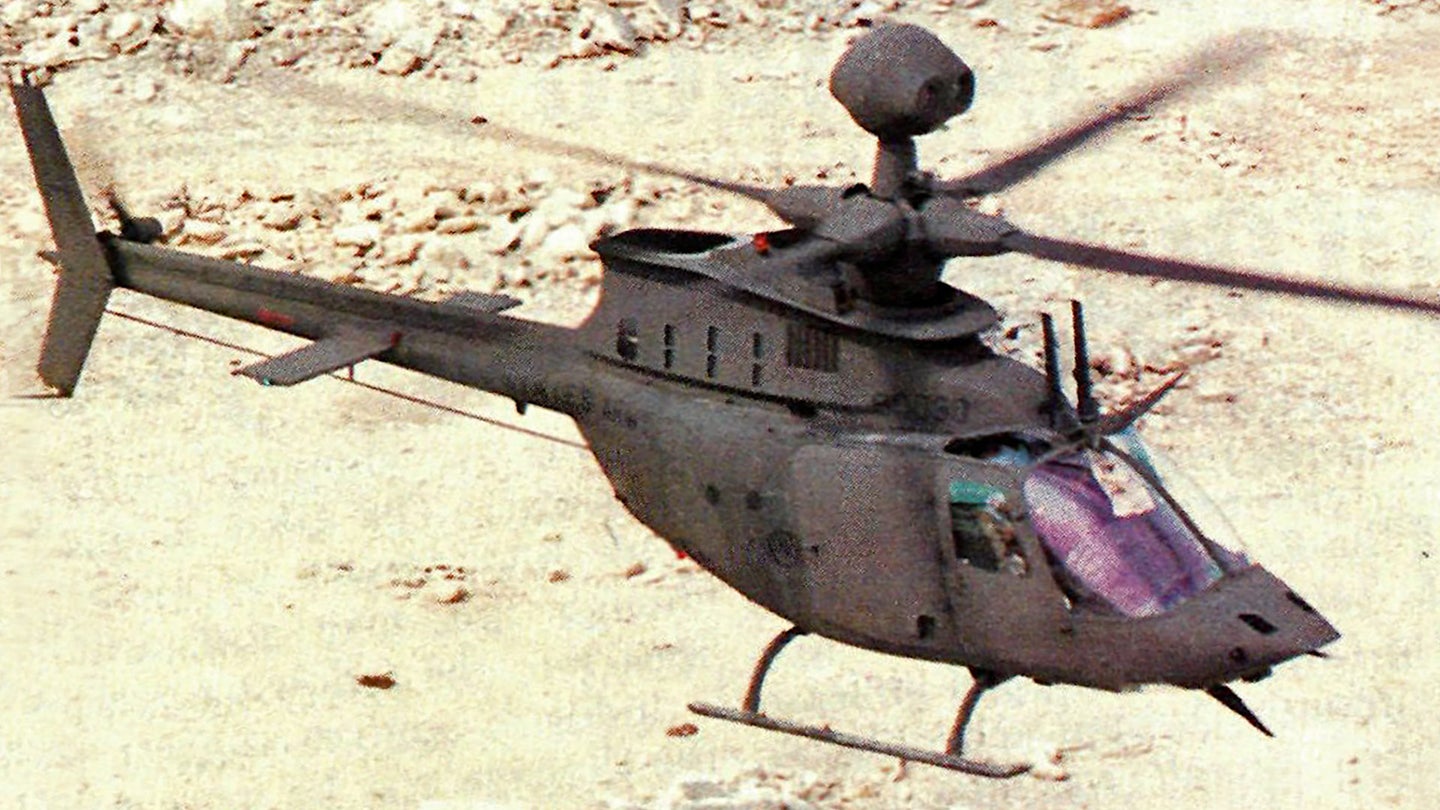 As the Army hunts for a new stealthy, high-speed, long-range attack reconnaissance helicopter, it’s interesting to look back at what might have been.