We finally know for sure what the SR-71-looking, small, and sleek craft photographed at Kirtland AFB was intended to be used for.

A month ago, we published a photo of a strange, SR-71-looking drone or target-like craft that existed at Kirtland Air Force Base in New Mexico in the early 1980s. The goal was to find out exactly what this mysterious system was and why it existed. We subsequently reported on a trail of information about the development of the system and the fact that it was a high-speed towable target that was developed in the mid-1970s, a version of which held the moniker TDU-X. We also saw some indications that it may have been used, at least in part, to assist in developing and testing of the Airborne Laser Laboratory (ALL), which was also based out of Kirtland at the time. Now we have the definitive story on exactly what this was and what it was used for at the sprawling New Mexican base.

The answer to the final part of this mystery comes to us from Dr. Darren Raspa, a historian at the Air Force Research Laboratory's (AFRL) Phillips Research Site at Kirtland. Following our series on the mystery craft, and apparently unrelated to our inquiries to the AFRL on the matter, Raspa dug into the archives at the facility to find an answer, here was his email to us after he made his discovery:

After reading your latest piece on this from 7 May, I was intrigued by the reference to the Airborne Laser Lab [ALL] program, which my archive houses the majority of the document repository. What you see in the photograph is a tow target used in testing the high-power beam of the ALL in flight. These tow targets allowed ALL pilots and crew to refine their aiming, point, and tracking of an aerial target, such as would be required when taking down a strategic missile, which was the ALL’s mission. The pictured tow target is called the HEL-X, and was used briefly in testing the ALL APT system and was deployed from an F-4. HEL-X was abandoned as a tow target because when it was reeled back in, at about 10 feet from the aircraft it would go into wild oscillations. The attached footage I’ve recovered illustrates all of the above and clearly shows the TDU indicated in your mystery photograph.

Hopefully this solves the mystery!

My best to you,

The video of an F-4 deploying and retracting the HEL-X that Dr. Raspa sent is excellent. Check it out below:

In our previous piece, we thought the towed target in question may have been related to ALL test work at Kirtland, stating:

In the 1970s and 1980s, AFWL was also involved in directed energy work, particularly lasers, making good use of its proximity to the Sandia Optical Range, also in New Mexico, which was subsequently renamed the Starfire Range. With this in mind, it's interesting to note that a written response from the Pentagon to a question from the Senate Appropriations Committee regarding the Fiscal Year 1983 defense budget request mentions that the "first in-flight propagation of destructive laser energy to a tow target" was among the "specific accomplishments to date" for the NKC-135A Airborne Laser Laboratory (ALL) aircraft.

The Air Force conducted various tests involving the NKC-135A ALL aircraft, which was fitted with a 10.6-micrometer carbon dioxide laser, between 1975 and 1984. That testing also including shooting down air-to-air missiles, including AIM-9 Sidewinders, and target drones. It's certainly possible that Kirtland also used later TDU-X variants, or more substantial derivatives of that design, to support its airborne laser work.

Now we know this was indeed the intention for these targets, although under the HEL-X designation.

So, there you have it. These unique craft were tied to America's fledgling airborne laser ambitions of the era.

Special thanks to Dr. Darren Raspa for helping us close the case on this unique little facet of military aviation history. 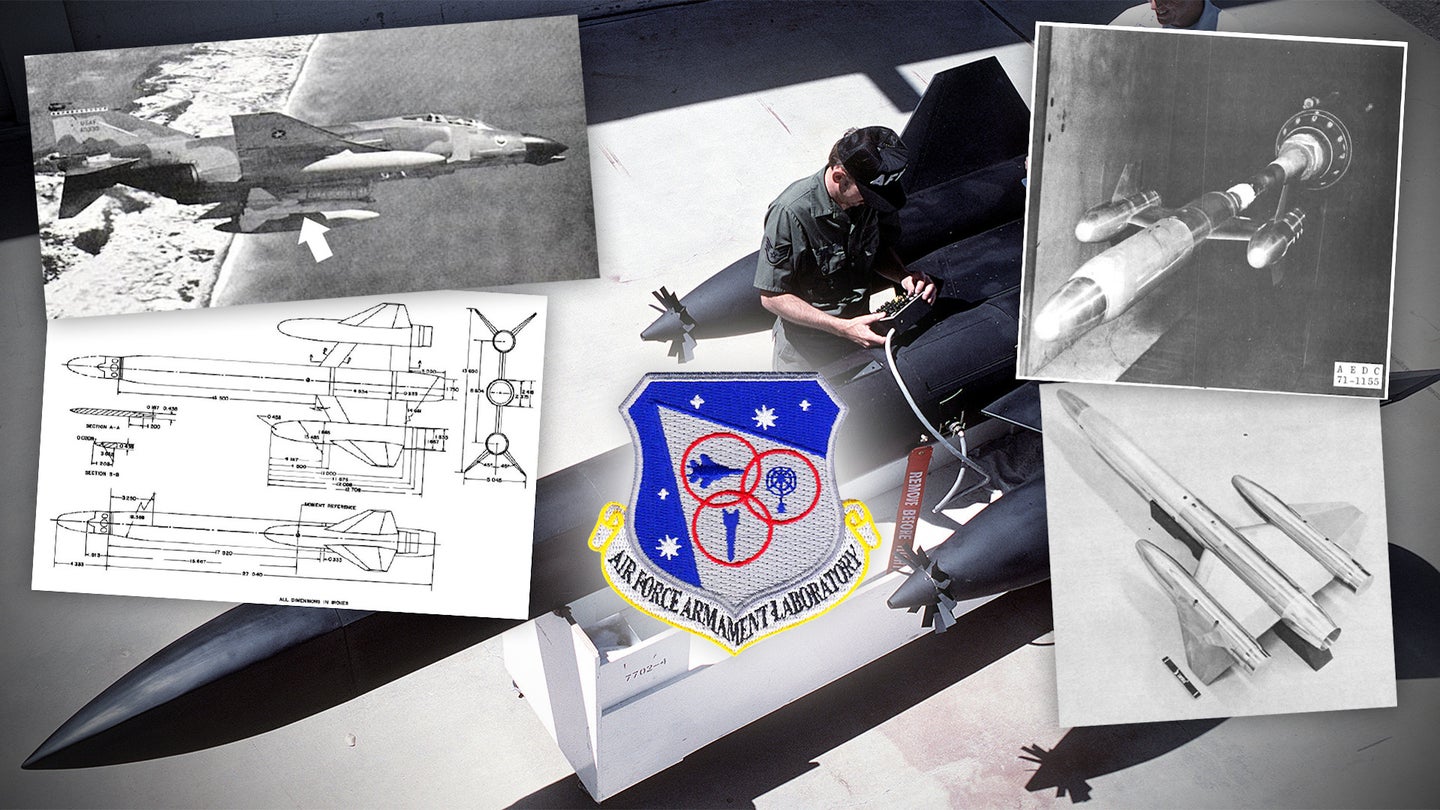 Documents show connections between this SR-71-shaped object and the testing of countermeasures systems and lasers. 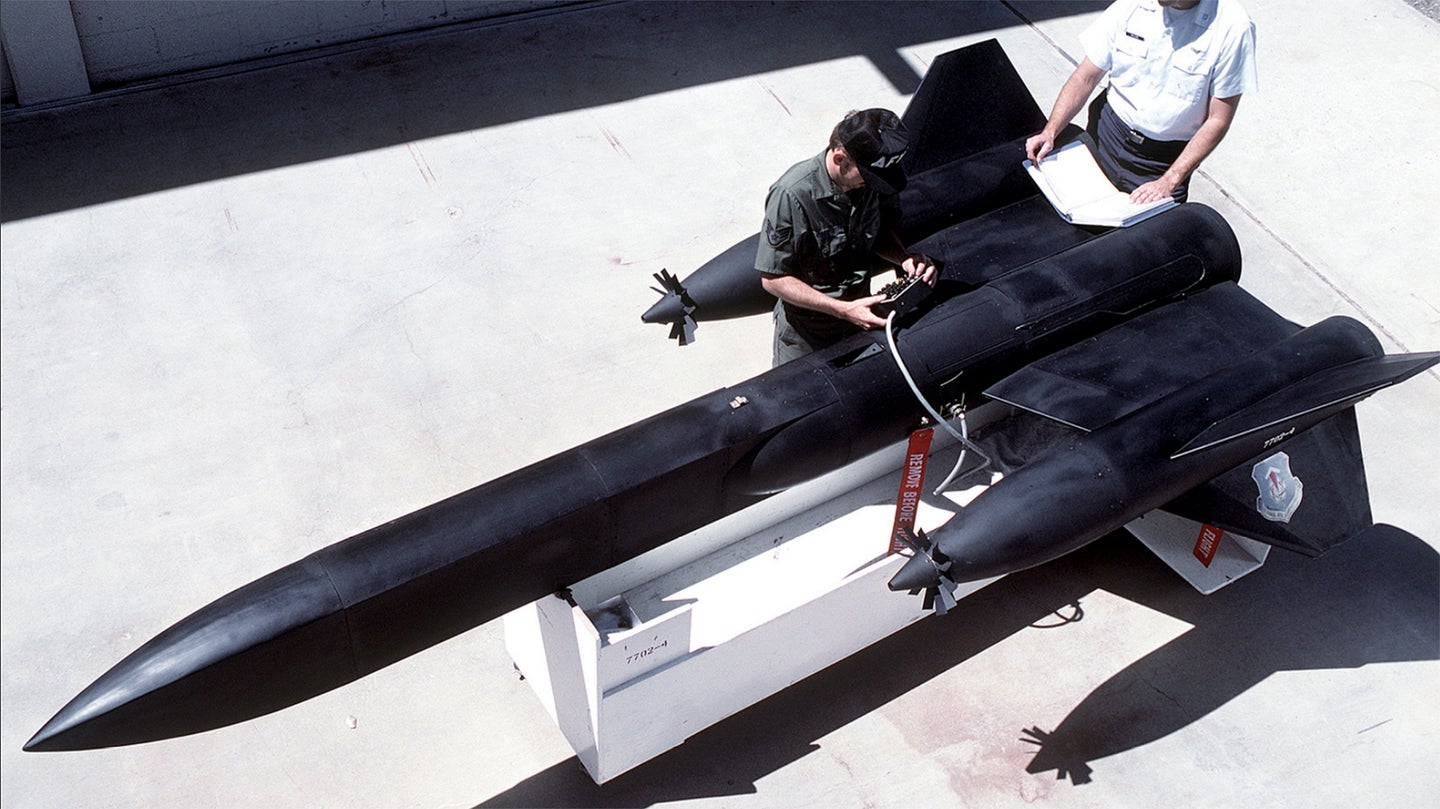 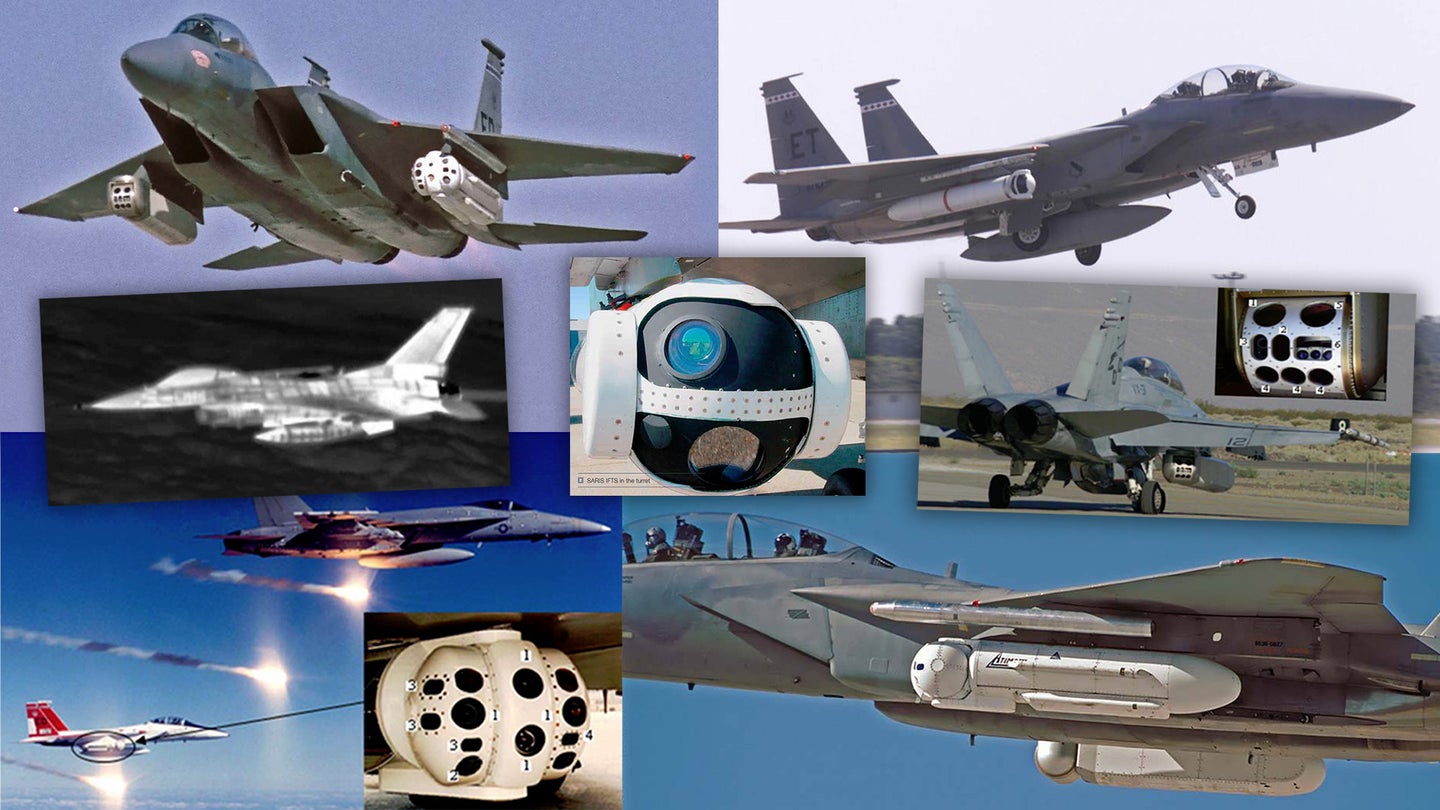 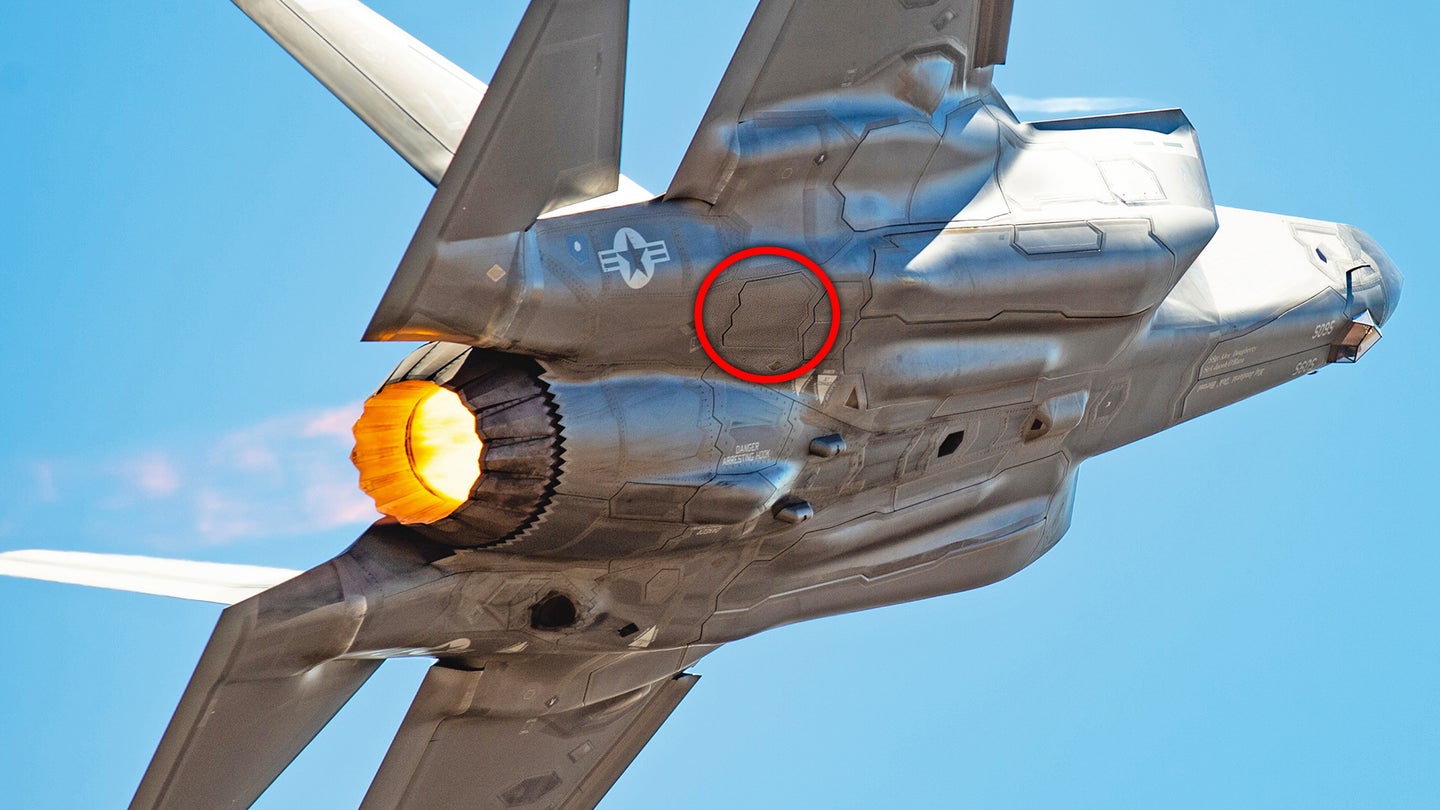 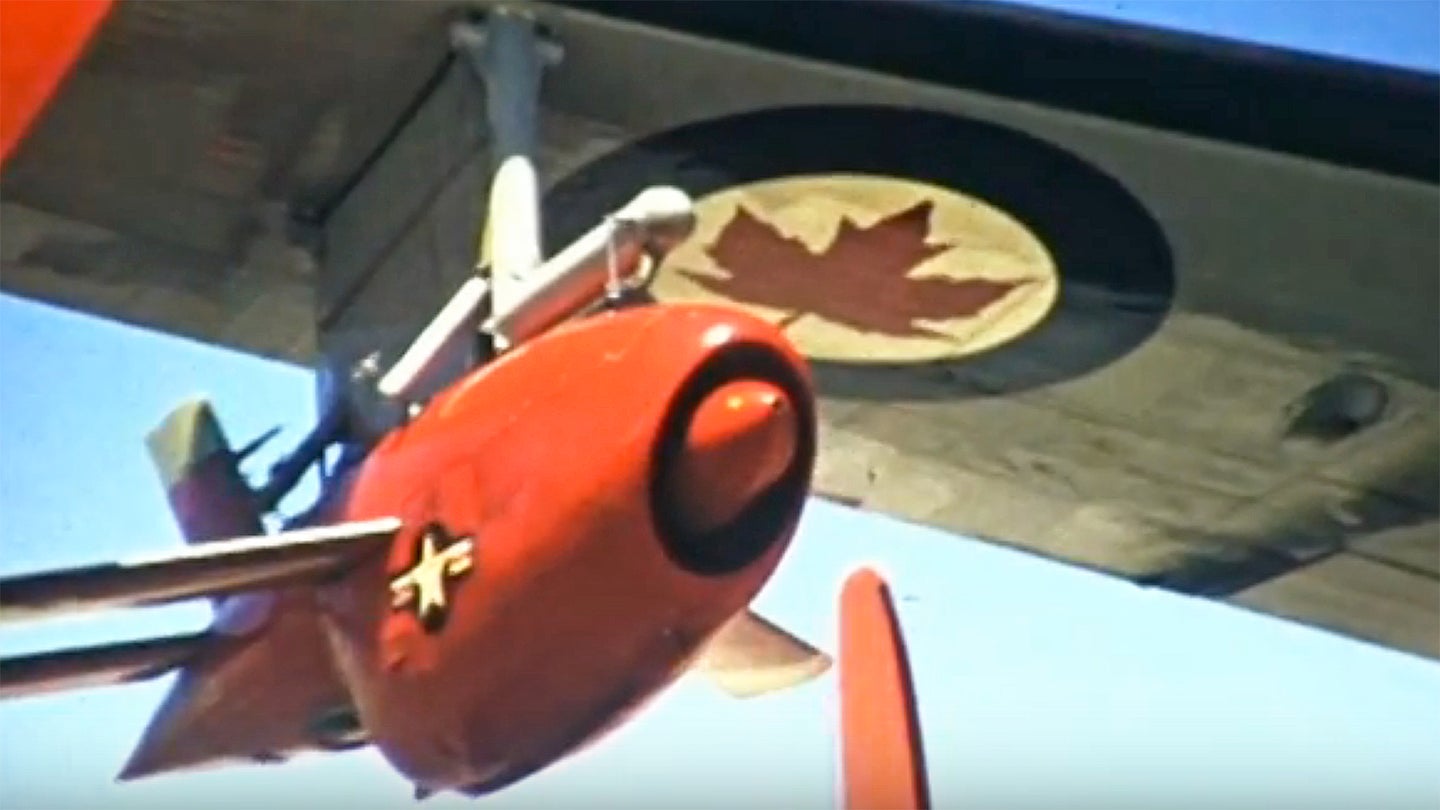