Passing the Combat Diver Course is an important milestone for individuals seeking to become part of the Singaporean Navy’s elite Naval Diving Unit.

Graduation ceremonies, in any context, are moments to celebrate a group's successful completion of often rigorous tasks, physical or otherwise. For elite military units, these events generally follow the conclusion of a particularly strenuous training regimen and are a moment of great pride for those who pass the test and are often involve significant pomp and ceremony to mark the occasion. Case in point, a graduation ceremony at the bottom of a diving pool for a group of trainees who had passed the Republic of Singapore Navy's Combat Diver Course, with everyone in full scuba gear. Like a scene out of "Aquaman," at one particularly triumphant point, an individual catches an actual trident, a common symbol associated with naval special operations units around the world, including the U.S. Navy SEALs, which was dropped into the tank from above.

This ceremony, seen in the video below, took place in 2018 and marked the graduation of individuals who had passed the 39th iteration of the Combat Diver Course. The dive pool, which is four meters, or around 13 feet, deep, is located at the Singapore Armed Force's (SAF) Sembawang Camp in the northern part of the country. The pool is specifically designed so groups can see what is happening underwater, with large windows along one side, and is also used for public demonstrations of the skills of personnel assigned to the country's elite Naval Diving Unit (NDU).

Completing this four-month-long training program is a key requirement for individuals, most of whom are conscripts doing their National Service, before they can join the NDU, which broadly analogous to other naval special operations units, such as the SEALs. Before attending this course, NDU candidates must first go through a modified version of the RSAF basic training that lasts three months.

The Combat Diver Course "is divided into four phases: Physical Phase, Diving Phase, Basic Seamanship and Water Confidence," according to an official Singapore Ministry of Defense brochure. As with the SEALs' near-legendary Basic Underwater Demolition/SEAL Team course, or BUD/S, the Republic of Singapore Navy's training program for prospective NDU members includes a "hell week" that is designed to weed out individuals who are unlikely to make it through the entire course. It has been reported that up to 60 percent of those who start this training process regularly wash out.

Individuals taking part in the Combat Diver Course five specific tests, known as "vetoes," that are must pass events. As of 2014, they had to show their ability to:

"It has been a tough 6 months for these trainees to transform from civilians to Naval Divers following their enlistment into Naval Diving Unit in March this year," Lieutenant Colonel Sng Meng Wah, then the head of the NDU's Dive School, said in a statement following the graduation of the 39th class of the Combat Diver Course in 2018. "They have learnt not just to dive with SCUBA and Closed Circuit Re-breathers, but in the process, have also grown physically stronger and mentally tougher in preparation for them to work in the harsh environment we divers work in."

"This underwater parade signifies the start of their journey as a Naval Diver and showcases to their parents the diving abilities that each and every one of these divers have learnt over the course of their training in Dive school," he continued. "I wish them all the best when they proceed to serve their National Service in the various operational units in NDU."

The NDU traces its roots back to elements of the British Royal Navy's Far East Fleet Clearance Diving Team (FECDT), which arrived in Singapore in 1959, at which time it was a self-governing British colony. When the FECDT personnel left in 1971, at which point Singapore had become an independent country, its own Navy created a new diving unit, which was initially focused on more traditional underwater salvage and demolitions missions.

The current NDU, however, is a multi-purpose special operations unit. As with other naval special operations units around the world, members of the NDU are training to carry out a wide variety of underwater tasks, including removing mines and other hazards. As part of these missions, Singaporean combat divers are trained to infiltrate and exfiltrate from mission areas underwater using scuba gear with rebreathers, as well as individual propulsion systems. Rebreathers recycle unused breathing gas, and generally do so at warmer temperatures than the surrounding water, allowing divers to operate beneath the waves for longer periods and incur less fatigue in doing so. They also do not release tell-tale streams of bubbles, which can tip off enemy forces.

NDU elements are also capable of carrying out other specialized maritime missions, including raiding ships at sea. The unit trains to carry out others kinds of missions on land, including long-range reconnaissance, as well as counter-terrorism and other direct-action operations.

All that being said, the NDU is focused primarily on missions in maritime and littoral domains, as is made clear by the dramatic underwater graduation ceremonies involving individuals in full SCUBA gear wielding symbolic tridents.

UPDATE: After this story was published, a reader reached out to us to let us know that the RSAF's Individual Physical Proficiency Test was changed in 2015 and that NDU personnel need to score of at least 90 out of 100 to pass. This typically means doing 60 pushups within one minute, doing 60 sit-ups in no more than a minute, and doing the 2.4 kilometer-long (~1.5 miles) run in 10 minutes, 10 seconds, or less. 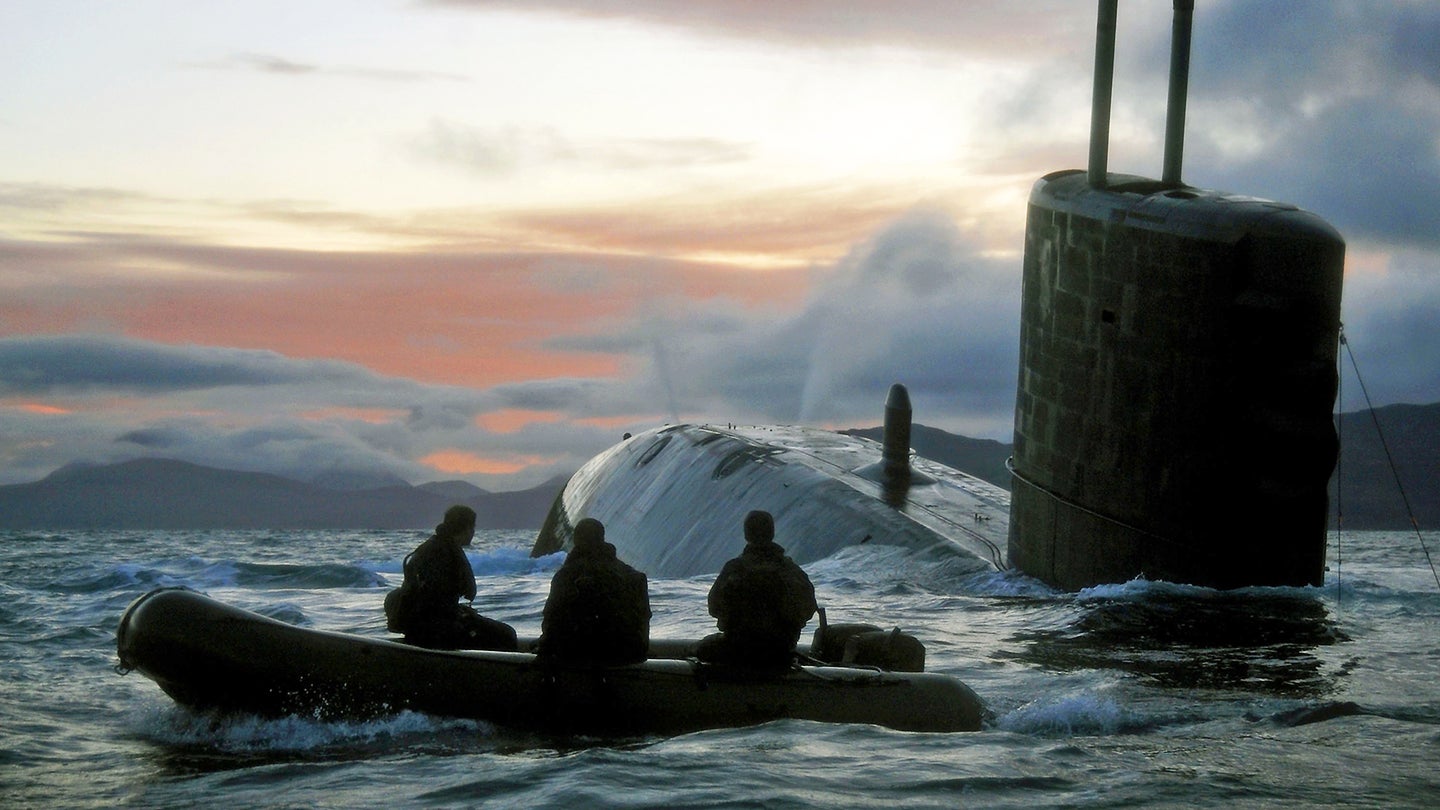 Whether on land or at sea, Britain’s secretive Special Boat Service has a history of getting the toughest jobs done. 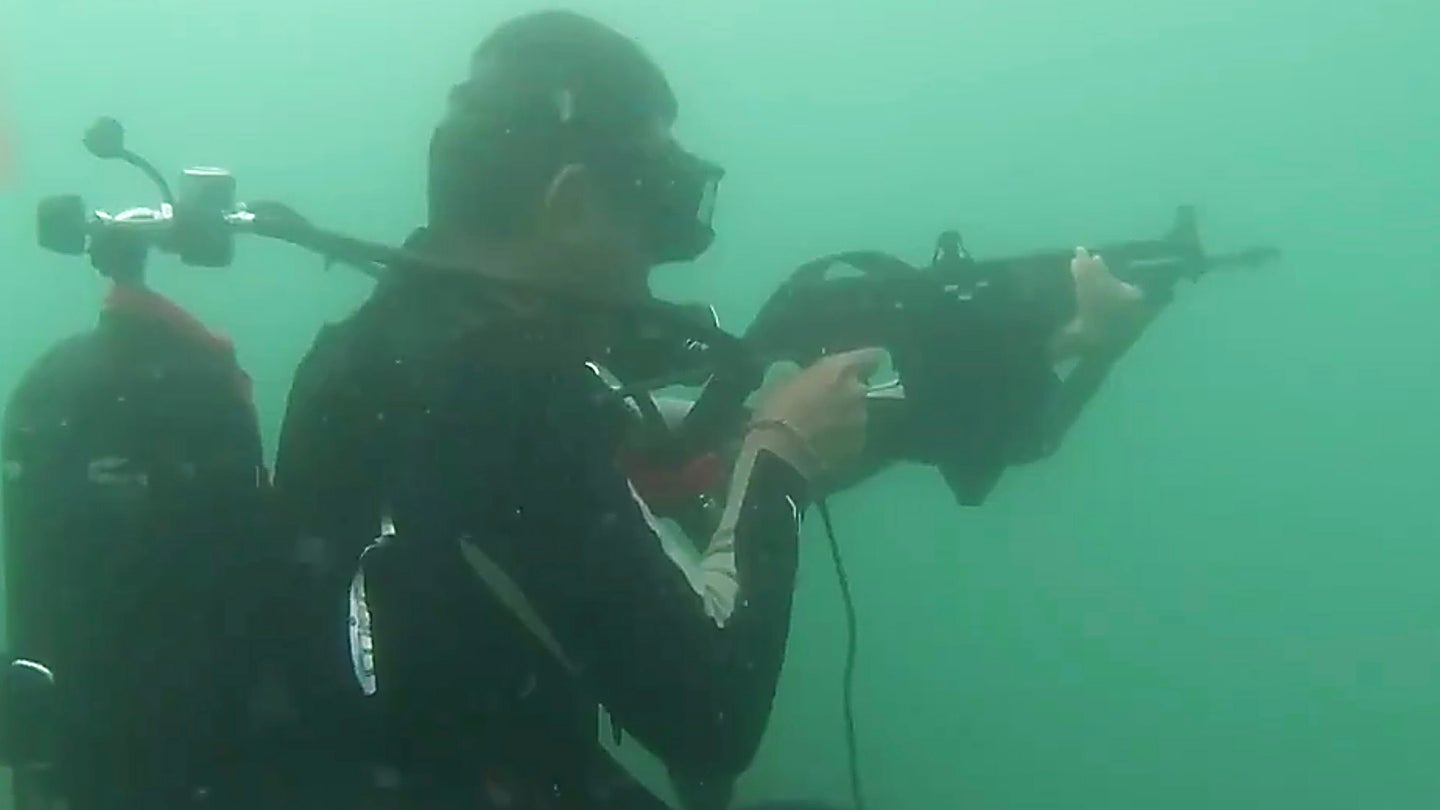 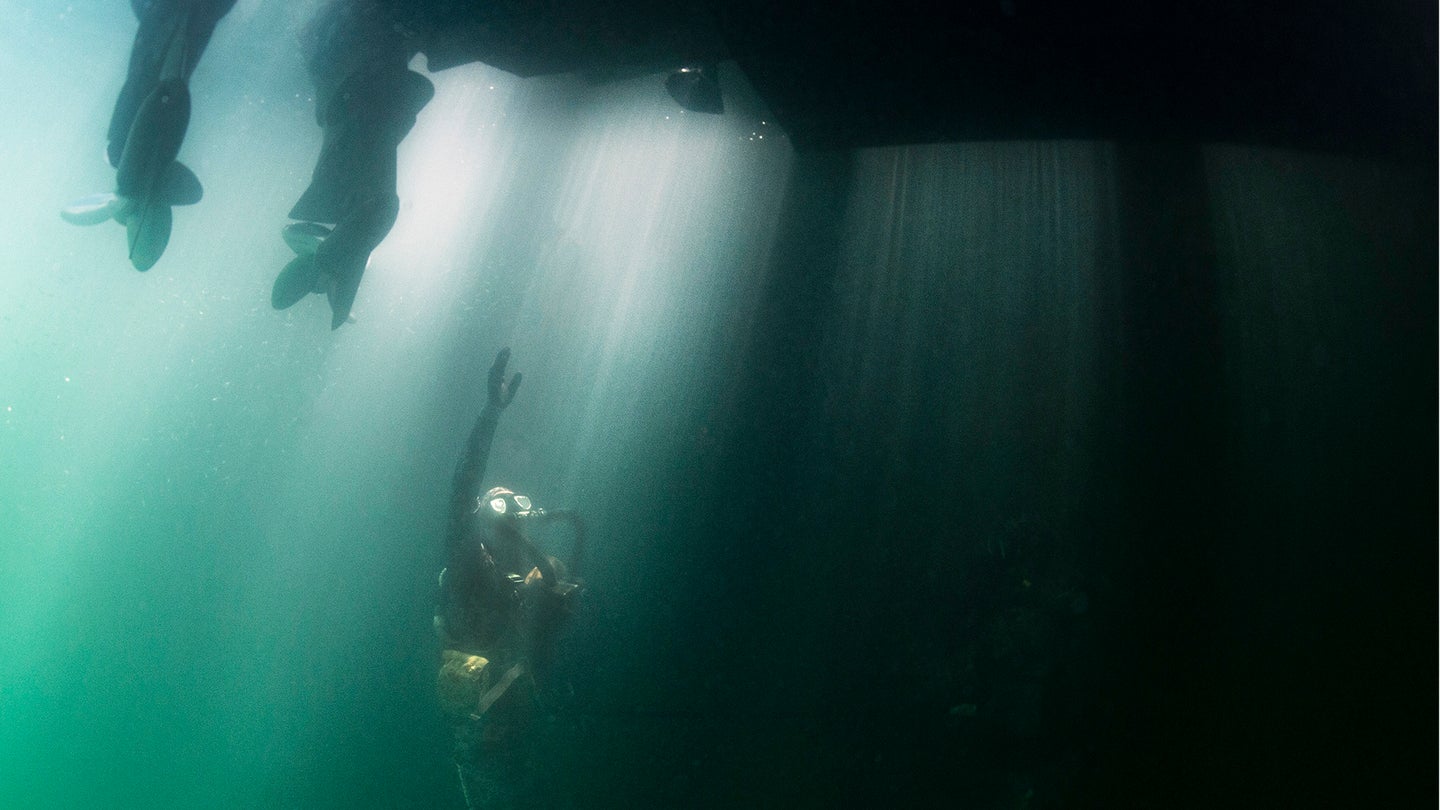