Frank Kendall, President Joe Biden's nominee to become the next Secretary of the Air Force, says he supports the service's current position that it needs to acquire at least 145 stealthy B-21 Raiders in the coming years. These aircraft, work on which is steadily progressing, are set to supplant its existing B-2 Spirit stealth bomber fleet, which comprises just 21 jets, in total, not all of which are available for combat operations, as well as its aging B-1Bs.

Kendall, who has worked in the halls of the U.S. government in the past, including for a time as Undersecretary of Defense for Acquisition, Technology, and Logistics, made his remarks about the B-21 fleet during a confirmation hearing before the Senate Armed Services Committee on May 25, 2021. Then-Air Force Chief of Staff General David Goldfein had first publicly mentioned plans for a B-21 fleet with 145 aircraft during a separate congressional hearing in 2020.

“I think that…is a reasonable number, at this point,” Kendall told the gathered Senators in regards to the 145 B-21 figure. "We’re a long way from achieving that, and requirements may change over time...[but] as a basis to manage the program I think that's reasonable right now."

Before General Goldfein's comments last year, the Air Force had only publicly said that it was looking to acquire at least 100 B-21s. Air Force Global Strike Command (AFGSC), which oversees the service's bomber fleets, has also more recently said it expects the entire bomber force to grow to 220 aircraft, 75 of which would be existing B-52Hs. There have been calls for the Air Force to buy even more bombers, overall, including from Congress, as well.

It remains unclear if the plan is for all of the B-21s to be nuclear-capable. As already noted the Air Force has just 21 B-2s, which can carry nuclear weapons. It also has 76 B-52Hs, but dozens of them have been converted to a conventional-only configuration. Lastly, the service expects to retain 45 B-1Bs, which can also only carry conventional ordnance, through 2036. The current plan is to replace both the B-1s and the B-2s with new B-21s.

Regardless, it's hard to overstate how significant it would be for the Air Force to see a nearly seven-fold increase in its total number of penetrating stealth bombers. In October 2020, a total of 12 B-2s took part in the annual Global Thunder exercise, which is U.S. Strategic Command's premier nuclear command and control drill. Those dozen aircraft represented nearly 60 percent of the entire B-2 force.

That is also the same number of Spirits that the U.S. government said were actually available for combat operations of any kind as of December 2020. At that time, eight additional combat-coded bombers were defined as "not deployed" under the terms of the New Strategic Arms Reduction Treaty (New START) with Russia. A number of these aircraft are going through a major upgrade program or are otherwise undergoing heavy depot maintenance. The last B-2 is set aside for non-combat test and evaluation duties.

The B-2s remain the Air Force's most capable aircraft for penetrating through dense enemy air defense networks to prosecute strikes, including those in service with near-peer opponents, such as China or Russia. The B-21 will build on those capabilities, and offer capacity, especially as a counter to China, which is also actively developing its own stealth strategic bomber.

“That [countering China] is the reason, perhaps, that I’m interested in coming back into government," Kendall also said during his confirmation hearing, adding that, if confirmed, he hopes to be able to "address that problem."

How long it might take the Air Force to receive 145 B-21s, if that remains the service's plan in the long-term, as well as how much all that might cost, is unclear. The production schedule, as well as many other budgetary and functional details about the Raider program, are classified.

Per the Congressional Budget Office (CBO), in 2016, the Air Force had estimated it would cost $80 billion to buy the first 100 B-21s, equivalent to just over $89 billion in 2021 dollars. Last year, CBO estimated that the total purchase cost of one B-21 and 10 Long Range Stand-Off (LRSO) cruise missiles to go inside to be around $500 million, with the Air Force having to spend another $40 million each year to operate and maintain that complete package.

At present, there are at least two B-21 prototypes known to be in various stages of production at Northrop Grumman's facilities at the Air Force's Plant 42 in Palmdale, California. The Air Force hopes that the first of them will be completed by early 2022, with the aircraft taking its first flight in May of that year.

Back in 2019, the service had said that the first flight could come by the end of this year. That same year, Frank Kendall had raised questions about the ability of the B-21 program to stay on schedule and budget, in no small part due simply to the complexity of the design.

In April, Representative Adam Smith, a Washington Democrat who currently chairs the House Armed Services Committee, said that, based on a briefing he had received, the B-21 program was firmly on schedule. That briefing was “one of the most positive, encouraging things that I’ve had happen to me in the last couple of weeks,” the lawmaker, who has been particularly critical of the F-35 program and its costs in recent months, said. "[It's] on time, on budget, and they’re making it work in an intelligent way."

Earlier this month, General Timothy Ray, head of AFGSC, also visited Plant 42 to get an update on the B-21 program. He "saw the significant progress made on the build of the first flight test aircraft," according to an official Air Force news item.

“We are pleased with the progress being made in the build of these test articles," Air Force Colonel Jason Voorheis, the B-21 System Program Director and Acquisition Program Lead, also said in a statement around Ray's visit. "The Air Force and Northrop Grumman are working closely together to make smart choices on this program to support warfighter requirements and timelines."

After the first B-21 completes its first flight, it is set to travel to Edwards Air Force Base in California to undergo more extensive testing. The Air Force has already established the B-21 Combined Test Force, which includes the 420th Flight Test Squadron and the Air Force Operational Test and Evaluation Center's (AFOTEC) Detachment Five, at that base.

There has also been significant work to expand facilities at Edwards ahead of the arrival of the first B-21. Just this month, satellite imagery showed a new, large shade structure had been erected on an engine run-up pad right across from a secure ramp that the initial Raiders are likely to call home.

The first operational B-21s are set to enter service in the mid-2020s, with the initial Raider squadron standing up at Ellsworth Air Force Base in South Dakota. Whiteman Air Force Base in Missouri, where the bulk of the Air Force's B-2s are presently based, and Dyess Air Force Base in Texas, which hosts B-1Bs, are in line to be the next two bases to receive Raiders.

The total number of bases hosting B-21s would likely expand if the B-21 fleet does eventually grow to 145 aircraft. As Kendall noted in his confirmation hearing, "requirements may change" as time goes on, too. There continue to be concerns about possible defense budget cuts, or at least plateauing defense spending, on the horizon, which could have broad impacts on future planning across the services, as well.

It is also worth pointing out that, at present, the Air Force's bomber plans could face hurdles imposed by current and future arms control agreements. New START, for instance, puts hard limits on various nuclear weapon systems, including nuclear-capable bombers. President Joe Biden's Administration and its counterparts in the Kremlin agreed at nearly the last minute to extend the duration of that treaty earlier this year, but it will sunset in 2026 and it's unclear what agreement or agreements, if any, will directly replace it.

Converting some bombers to a conventional-only configuration could be one way of getting around any such arms control quotas. However, the Russian government has routinely complained about similar conversions to Air Force B-52s, which the U.S. government says makes them exempt from New START. The Kremlin's position is that the conversion process is too limited to ensure that these bombers cannot quickly regain their nuclear capability.

So, while the B-21 program is currently on schedule, it still remains to be seen whether or not the Air Force's ambitious plans for a future Raider force with 145 aircraft will ultimately become a reality. 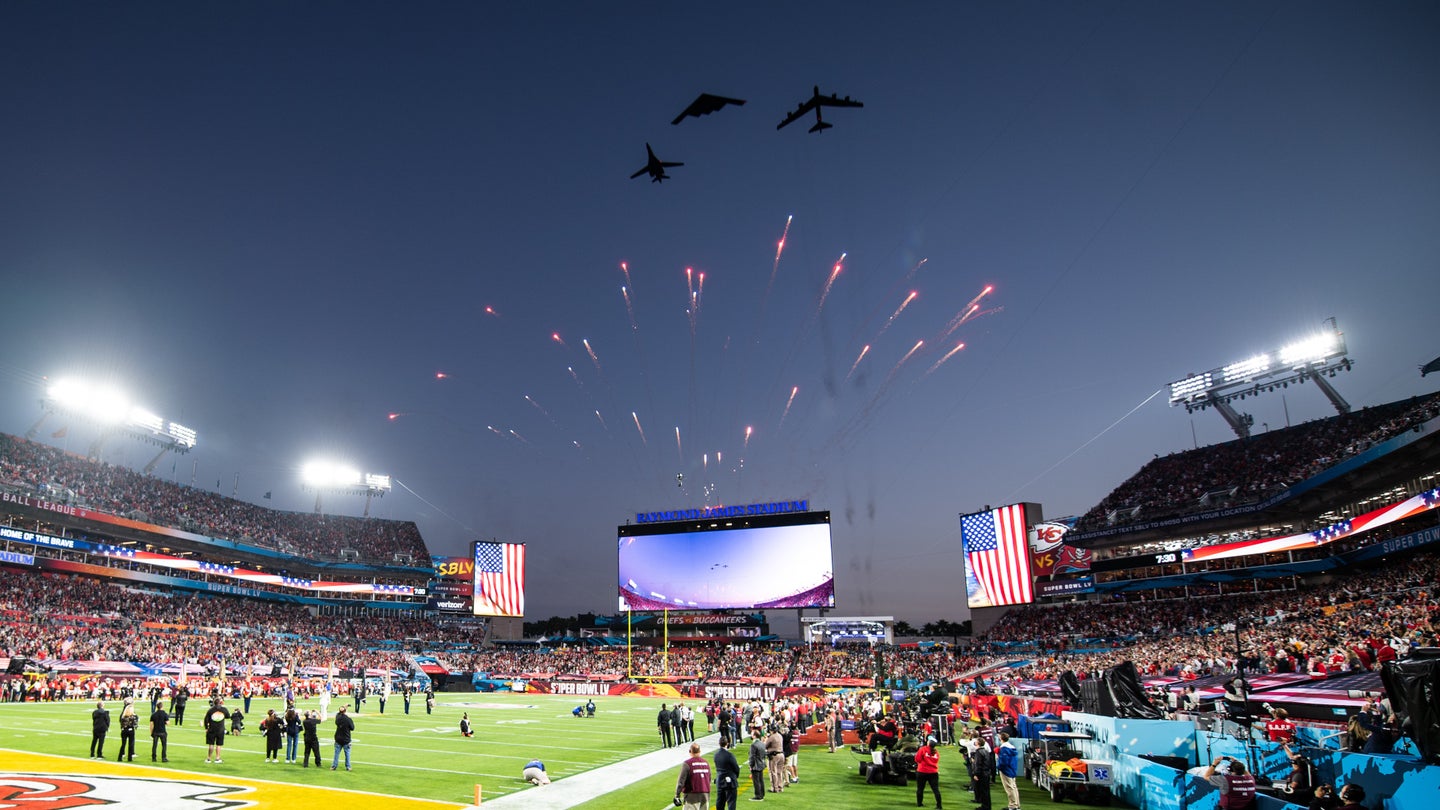 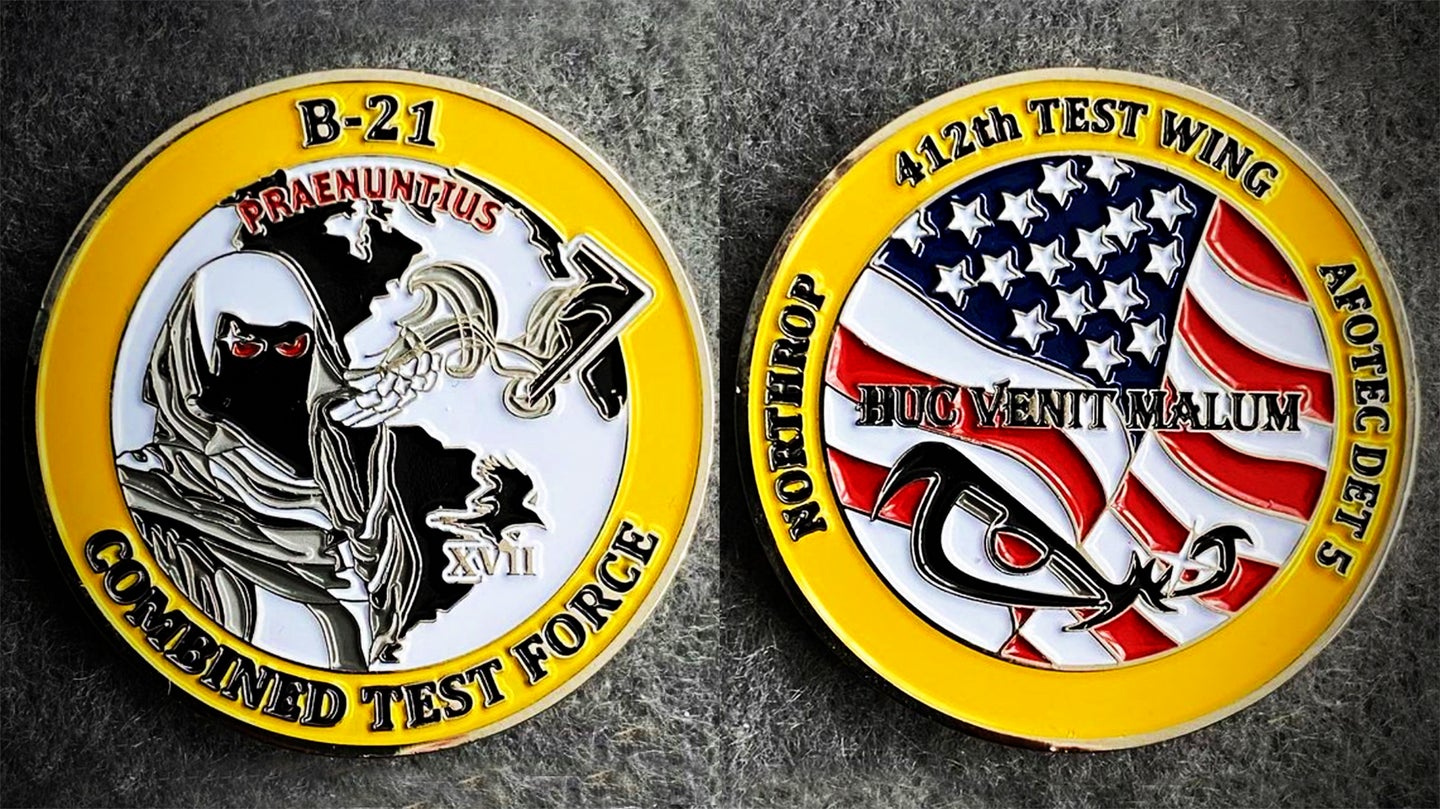 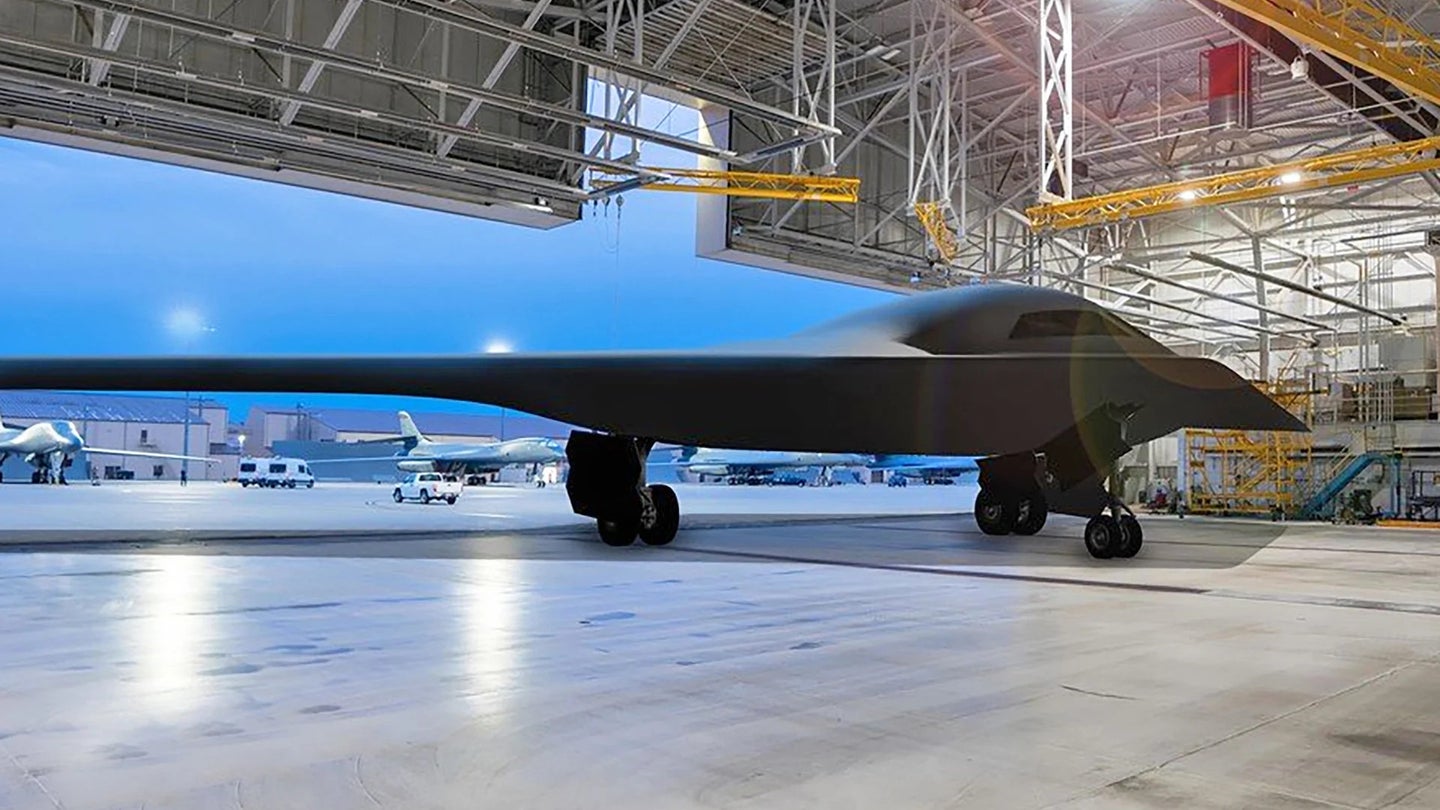