You are going to want to have your volume turned up for this one. 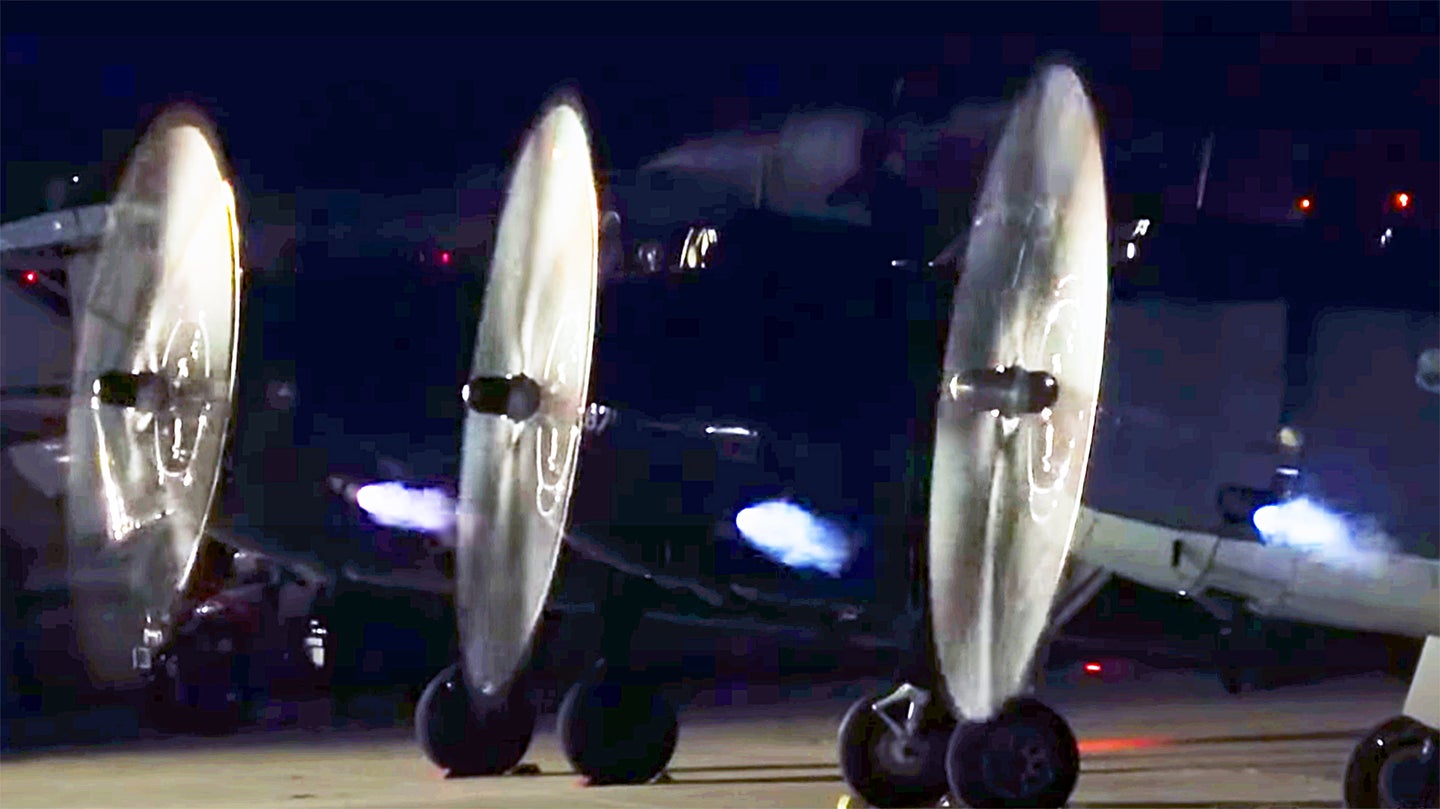 Talk about a rare set of sights and sounds to behold—eight TBM Avenger torpedo bombers of World War II fame put on a twilight display unlike any other at the Avenger Reunion and Salute to Veterans in Peru, Illinois. They sat lineabreast as their Wright R2600 Twin Cyclone radial engines sputtered before roaring to life. Then, after warming up, the real show began and our friends at Airshowstuff.com were there to capture it.

As the RPMs evened out, the mini-armada of Avengers throttled-up, which resulted in the warbirds turning into mechanical dragons of sorts, roaring away while spitting blue flames. The prop discs glinting off the available light in itself is something to behold and it serves as a reminder that such a display could never be appreciated the same during daytime.

The spectacle also gives us a little insight into what it must have looked and sounded like on the decks of America's flattops during the dire days of World War II, as TBM Avengers stacked up on the deck prior to launch.

The Avenger was truly a remarkable weapon. While most associate it with the U.S. Navy, it flew with allied countries as well, and had a long secondary career after the war with a number of air arms, including, amazingly, Japan. While just under 10,000 were built, just a few dozen are still capable of flying today.

So soak it in, who knows when we will see another video like this again.

The only thing better than a Mustang is a Twin Mustang! One of the rarest warbirds is up for sale. It isn’t cheap, but it’s truly one of a kind.