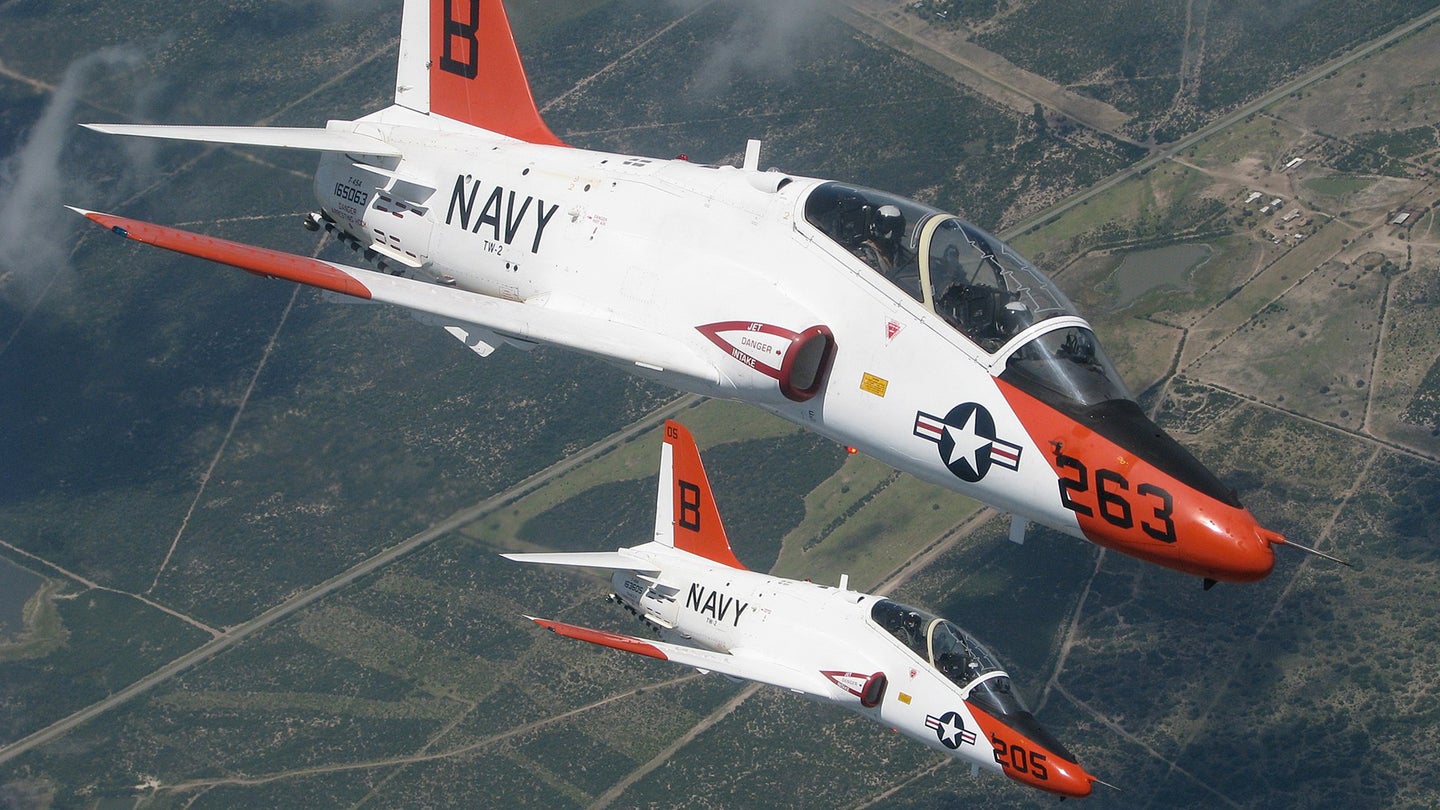 Details are still scarce, but news is coming in of a mid-air collision involving two U.S. Navy T-45 Goshawk jet trainers, near Ricardo, Texas, around nine miles south of their base at Naval Air Station Kingsville. The jets collided at around 11:00 AM Central Time. While one of the jets managed to recover to the base, the other crashed after the instructor and student pilot had safely ejected.

The Navy confirmed that one pilot was taken to CHRISTUS Spohn Hospital Kleberg for minor injuries and that the incident is currently under investigation.

The two Goshawks involved in the mishap were from Training Squadron 22 (VT-22), the “Golden Eagles,” part of Training Air Wing Two. The squadron prepares naval aviators for both the Navy and Marine Corps, after which they transition to F/A-18 Hornet and F/A-18E/F Super Hornet, EA-18G Growler, AV-8B Harrier II, E-2 Hawkeye, and C-2A Greyhound communities.

According to the squadron, its instructor pilots average 10 training flights per week as part of a syllabus that includes air combat maneuvering, air-to-ground employment, and carrier qualification. The syllabus consists of 131 sorties covering 162.1 hours in the T-45.