The U.S. Army is experimenting with launching the Area-I small Agile-Launch Tactically Integrated Unmanned System drone, or ALTIUS, from an ultralight tactical vehicle. The drone has already been launched from Army MQ-1C unmanned aircraft and UH-60 Black Hawk helicopters, as well as from an Air Force XQ-58A Valkyrie stealthy unmanned aircraft, but this is the first time that we’ve seen it used by the U.S. military in this type of vehicle-borne capacity.

A photo posted to Twitter today by the Future Vertical Lift Cross-Functional Team shows the familiar shape of a brightly painted ALTIUS launched from one of two Pneumatically Integrated Launch Systems (PILS) attached to what appears to be a DAGOR ultra-light tactical vehicle. According to Area-I, which was acquired by Anduril Industries in April, the ALTIUS-600 has also been launched in the past from C-130, AC-130J, P-3, and civilian aircraft, as well as from undisclosed ground vehicles, although few details are available.

One image provided by Area-I shows a twin-tube launcher assembly mounted on a commercial-style pickup truck that looks very similar to the one the Army is now testing on the DAGOR.

The ALTIUS-600 model weighs between 20-27 pounds, depending on payload, has a range of 276 miles, and endurance of at least four hours. As well as the PILS, the drone can be launched from the Common Launch Tube (CLT) and the Reconfigurable Integrated-weapons Platform (RIwP). A wide variety of payloads can be carried, covering the intelligence, surveillance, and reconnaissance (ISR) and signals intelligence (SIGINT) missions, as well as warheads for offensive missions, and even a counter-drone weapon, the MoRFIUS, or Mobile Radio Frequency-Integrated UAS Suppressor, developed by Lockheed Martin. While not explicitly advertised by the manufacturer, it’s also clear that electronic warfare would be a key mission for the drone, using a stand-in jammer payload, for example.

The exact context of this Army experiment is unclear, but the Army tweet indicates that it was conducted as part of the Edge 21 exercise. Edge 21, which stands for Experimental Demonstration Gateway Exercise, is currently taking place at Dugway Proving Ground, Utah. It’s an aviation-focused series of maneuvers that aims to help pave the way for the new rotorcraft planned under the Future Vertical Lift (FVL) program. The exercise also features a “penetration phase [that] focuses on neutralizing long-range systems and contesting enemy maneuver forces from operational and strategic distances,” according to Defense News.

Interestingly, the DAGOR, or Deployable Advanced Ground Off-road, which is produced by the Government & Defense division of Polaris, was a losing entry in the Infantry Squad Vehicle (ISV) program, which sought to provide the Army with a new, lightweight, all-terrain troop carrier. However, the 82nd Airborne Division had at least some DAGORs as of 2017 and one of these vehicles from that batch, or another previous evaluation of the type, might have been used in this ALTIUS test. The original tweet tagged the official Twitter account of the 82nd Airborne and the division is known to be participating in Edge 21.

In the past, we have suggested that the ALTIUS-600 could be a potential candidate for the Army’s new family of air-launched multi-purpose unmanned aircraft with swarming capabilities, which you can read more about here. Now it seems that it may also find a role in a vehicle-launched form as well.

That could bring the Army closer to fielding the kind of autonomous drone swarm that’s being investigated under the cross-service Low-Cost Cruise Missile (LCCM) research and development program. So far this has focused on the Raytheon Coyote Block 3 version, together with a launcher, a jam-resistant datalink, and a software package to allow collaborative operations. In one test at the end of last year, a swarm of LCCM vehicles was launched and then “dynamically reacted to a prioritized threat environment while conducting collaborative target identification and allocation along with synchronized attacks.”

By employing vehicle-launched small drones in significant numbers, the Army could expand its capabilities for missions including ISR and electronic warfare, as well as launch loitering “suicide drones” to attack targets in networked autonomous swarms. So far, these kinds of proposals have looked mainly at air-launched drones, under the Air Launch Effects (ALE) effort, but there is no reason why the same kinds of collaborative technologies, and even drone hardware, could also be adapted to ground launch. After all, the ALTIUS-600 is designed for both ground and air launch and Area-I itself has talked about turning this particular drone into a loitering munition.

Meanwhile, the addition of the launch tubes on a DAGOR, or similar vehicle, is interesting in itself since it offers capabilities beyond launching drones like the ALTIUS. The CLT, for example, is becoming an increasingly popular method of launching small payloads across the U.S. military and can accommodate others stores, such as Raytheon’s AGM-176 Griffin missile. A guided missile of this kind could have an application for “neutralizing long-range systems and contesting enemy maneuver forces,” as described in the game plan for Edge 21. However, we still don’t know what kind of payloads were used by the ALTIUS-600 in these maneuvers and whether they were used in an offensive capacity or not.

Whether or not the Army is interested in this configuration of tactical vehicle and lightweight drone specifically, the combination of the DAGOR and ALTIUS-600 points to very realistic future capabilities. Moreover, using an ultra-light air-droppable and potentially internally transportable vehicle to carry this kind of drone could give smaller units entirely new capabilities, both in terms of ISR and situational awareness and extend-range strike.

That would not only be of interest to the Army but potentially also to the Marines and U.S. Special Operations Command (SOCOM), both of which are increasingly interested in the capabilities offered by loitering munitions. In this way, a small team of infantry would potentially be able to deploy precision-guided loitering munitions to provide an effect disproportionate to their size, allowing attacks against lightly armored targets or even heavier armored vehicles, at standoff distances. In urban environments especially, having access to vehicle-launched drones to provide persistent overwatch would also be an enormous advantage, for regular operations and special forces work alike.

Without a doubt, the appearance of the ALTIUS-600 on the DAGOR vehicle is an interesting development for the Army and for drone warfare. We will be sure to follow developments and report back when any new details emerge.

Update, May 14: Following the publication of this article, Area-I, the manufacturer of the ALTIUS-600 got in touch with us to provide a few more details. Firstly, the launch system used in the Edge 21 test was the company’s own Pneumatically Integrated Launch System, otherwise known as PILS, not a Common Launch Tube (CLT) as originally described in the article. PILS has been successfully demonstrated across multiple platforms for a year at least, Area-I tells us. The firm also provided us with a higher-resolution photo of PILS in use at Project Convergence last year. This was an Army exercise intended to demonstrate the kinds of weapons and technologies likely to be used on the battlefield in the 2030s and beyond. 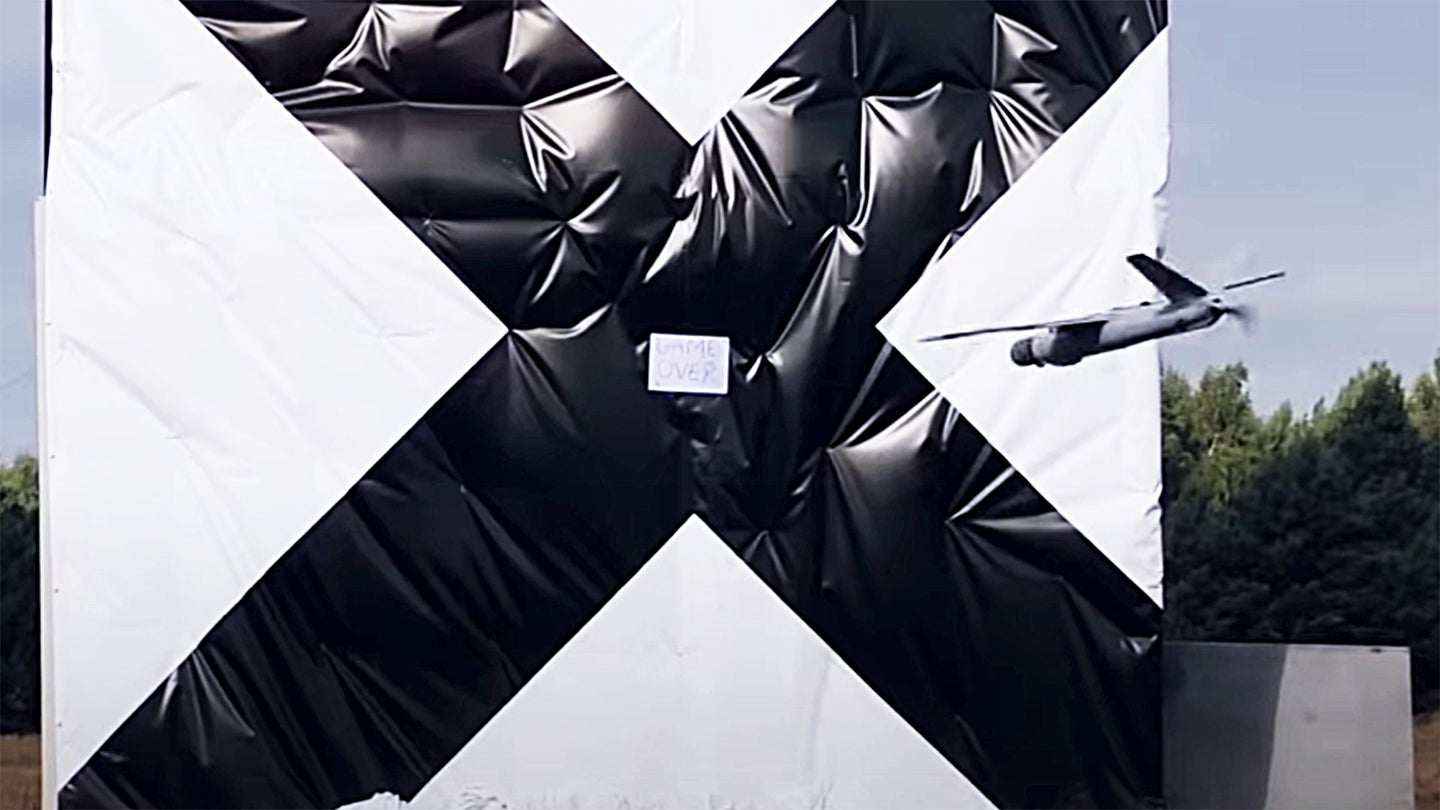 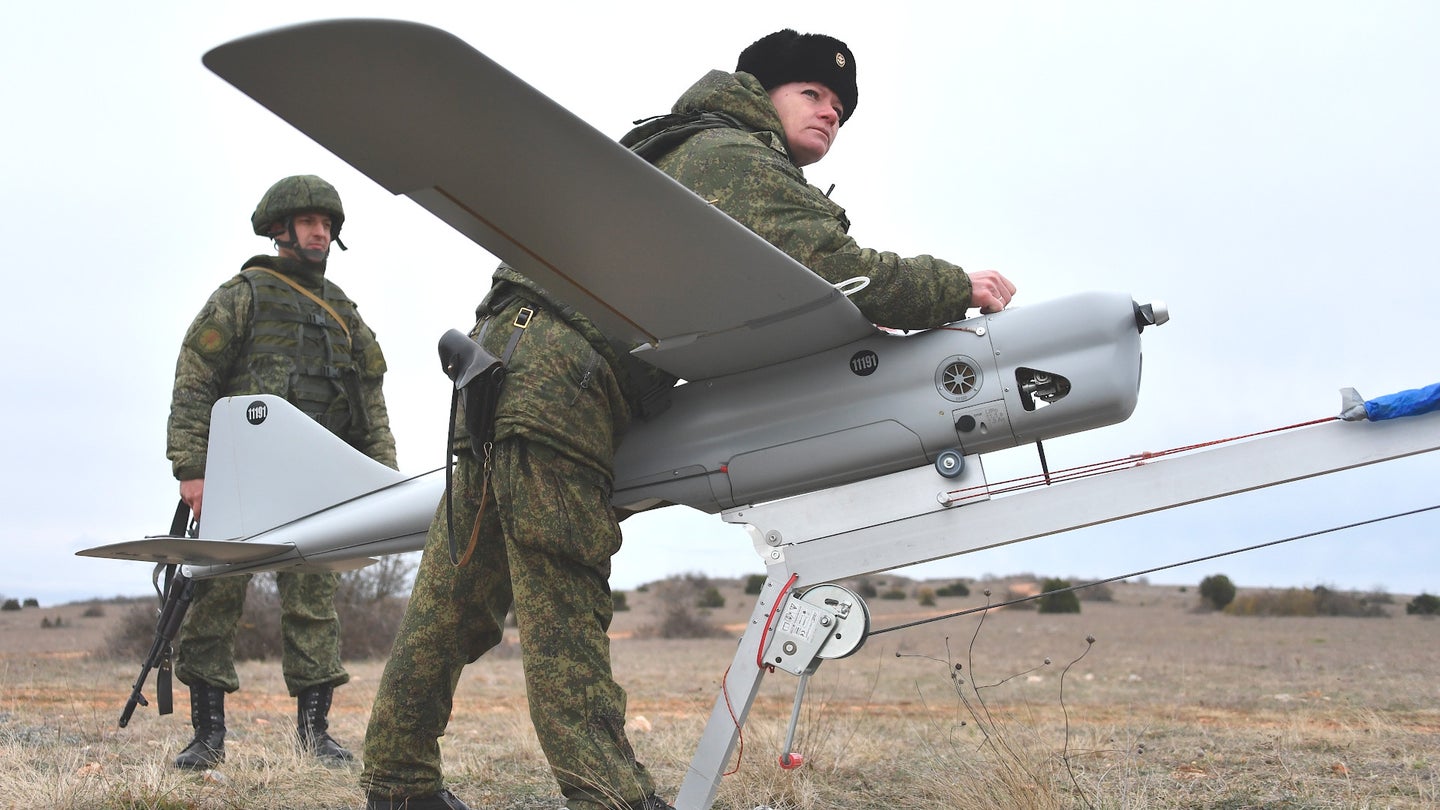 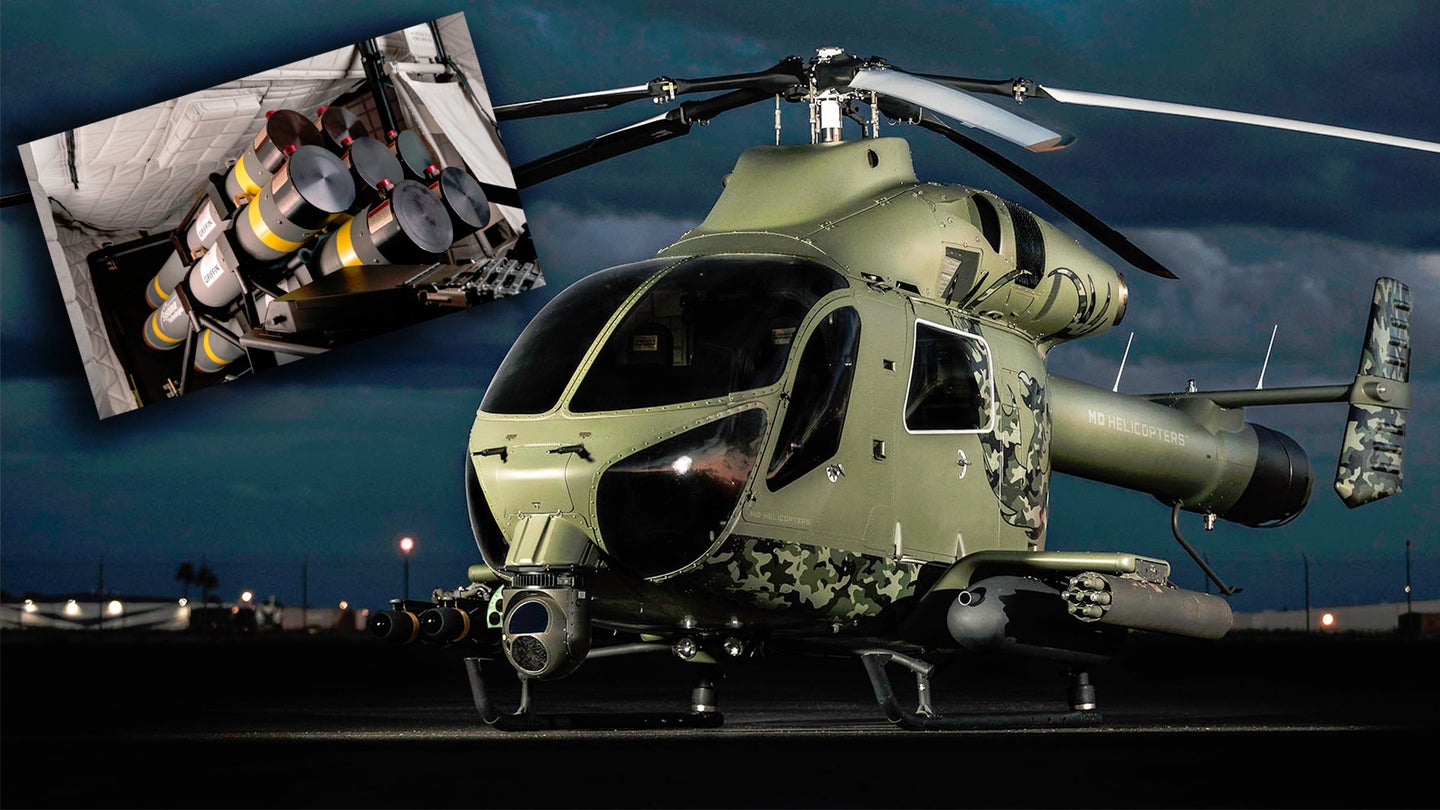