The Air Force has been working hard in recent years to improve the B-1B fleet’s reliability after years of combat over Iraq, Syria, and Afghanistan. 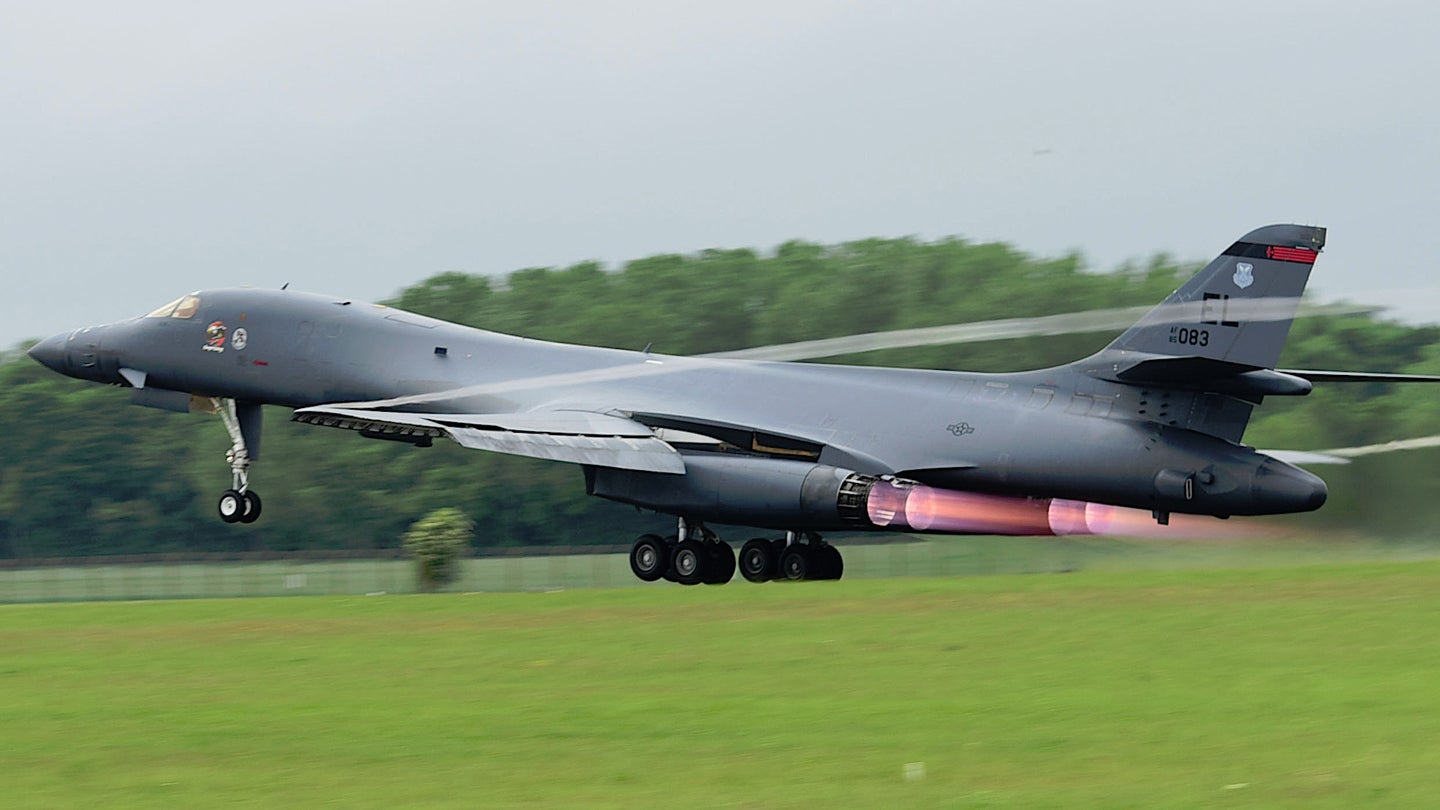 Some U.S. Air Force B-1B bombers have begun flying again after the fleet was grounded last month. That halt in flying operations, which The War Zone

was first to report, was ordered after a huge hole was found in augmenter fuel filter housing on one aircraft following a ground emergency.

Air Force Global Strike Command (AFGSC), which oversees all of the Air Force's bomber fleets, made the announcement that some B-1Bs had resumed flight operations on May 6, 2021. The Air Force would not say how many of the bombers are now cleared to fly or what the time frame might be for the entire fleet returning to business as usual.

"Individual aircraft will return to flight when they are deemed safe to fly by Air Force officials," Air Force Lieutenant Colonel William Russell, an AFGSC spokesperson, told The War Zone. "Returning B-1s to flight is a top priority within the command."

At present, the Air Force has around 59 of these bombers in service, two of which are set aside for test and evaluation duties. Earlier this year, the Air Force began executing a plan to retire the 17 oldest B-1Bs. As of April, the Air Force had sent three of these aircraft to the Bone Yard at Davis-Monthan Air Force Base in Arizona as part of this process. Ultimately, the Air Force plans to operate a fleet of 45 combat-coded B-1Bs, along with the pair of test jets, until it retires the fleet for good in the 2030s.

The Air Force hopes that retiring the 17 oldest examples will help improve the overall readiness of the remaining fleet. This recent grounding was only the latest major issue to befall the B-1Bs in recent years, compounded by the extremely heavy use of these aircraft in combat operations over Afghanistan, Iraq, and Syria over the past two decades.

The issue with the augmenter fuel filter housings, which are mounted on the sides of each of the B-1B's four F101-GE-102 engines, after one bomber, serial number 86-0104, experienced a ground emergency at Ellsworth Air Force Base in South Dakota on April 8.

The massive hole in the housing had caused the aircraft to leak copious amounts of fuel, presenting an obvious safety hazard. In addition, these are housings are critical to the operation of the jet's afterburners, which cannot be engaged if they are broken in any way. The use of afterburners is essential for B-1B takeoffs and the bombers cannot fly without them.

"During the safety stand-down, maintenance depot personnel disassembled the Augmenter Fuel Filter Housing and performed a series of robust inspections using the latest techniques," according to the press release AFGSC issued today. "After each unit was determined to be free of defects, it was reassembled, pressure checked, and returned to service."

"We are proud of the tremendous efforts of our maintainers and B-1 partners in identifying, inspecting, and remediating any potential issues with the B-1B fuel filter housing," Air Force Major General Mark Weatherington, head of 8th Air Force, the numbered Air Force within AFGSC responsible for day-to-day bomber operations, said. "The aircraft are still safe to fly and we are confident that this stand-down has resulted in increased safety within the B-1B fleet."

With any luck, the rest of the B-1B fleet will be conducting regular flight operations soon.