The adapted target drone carries an explosive warhead but could ultimately offer much more, as well.

In the latest example of Turkey’s burgeoning unmanned capabilities, Turkish Aerospace has unveiled a “kamikaze drone” version of its Simsek unmanned target drone, designed to slam into a target as its warhead detonates. In addition, the attack version of the Simsek can itself be launched from a drone, making it one of a new generation of these kinds of weapons that are optimized for delivery by other unmanned aerial vehicles.

The CEO of Turkish Aerospace, Temel Kotil, first disclosed the existence of the kamikaze drone last month in an interview with CNN Turk. “It can carry five kilograms of explosives, and it can fly around 100-200 kilometers [62-124 miles] when launched from a UAV,” he said. “We produce 100 Simsek drones per year.”

Powered by a small turbojet engine, the original Simsek target drone was developed beginning in 2009 as a high-speed target to test the capabilities of ground-based and naval air defense systems, as well as air-to-air missiles launched from manned fighter jets. In its original form, the drone can fly at a speed of 400 knots and operate at altitudes of between 1,000 and 15,000 feet.

Like many other target drones in its class, the Simsek was designed around a catapult launch system, which can also be installed on ships, as seen in the tweet above. Since last year, however, the drone has also been integrated on Turkish Aerospace’s combat-proven Anka drone, a medium-altitude long-endurance unmanned aerial vehicle broadly equivalent to the American MQ-1 Predator. Another potential launch platform is the same company’s Aksungur twin-engine drone.

Launching the Simsek kamikaze drone from another UAV, like the Anka or Aksungur, not only extends its range but also increases the survivability of the launch vehicle, which is able to attack targets at a greater standoff range.

In contrast to what we would normally consider a “suicide drone,” or loitering munition like the Israeli Aerospace Industries (IAI) Harop, which you can see in action here, the Simsek kamikaze drone has reduced range, up to 124 miles with air launch.

Another difference is the fact that the Simsek kamikaze drone, at least in its basic form, does not currently carry optical sensors or a datalink, which would allow it to loiter over the battlefield and either use its own sensors to lock onto a target when it presents itself, or be cued remotely via man-in-the-loop guidance. Loitering munitions also offer the possibility to conduct surveillance without necessarily conducting a strike and many of them can be recovered and reused if they fail to find a target.

Instead, the kamikaze drone operates more like a traditional air-to-ground missile, being guided to a pre-selected target. The method of guidance used by the Simsek has not been revealed. However, the target drone version features a line-of-sight datalink that can function up to 31 miles from the ground control station. The target drone can also operate in fully autonomous modes, flying over pre-selected waypoints, at selected speeds and altitudes. With that in mind, using the latter guidance mechanism, it would be relatively simple to attack static targets. More complex guidance systems could be incorporated in the future, too.

The Simsek is also faster than most loitering munitions, flying at up to 400 knots. It should also offer improved maneuverability and, according to reports, will be cheaper to manufacture. That reflects the likeliness that the Simsek is intended to be used as a drone-launched low-cost cruise missile, a concept that represents a growing area of interest, including in the United States.

The Simsek’s warhead, however, weighs just 11 pounds, while other loitering munitions, such as Israel's Harop, delivers around 50 pounds of explosive, for far greater destructive effect. It may be imagined, however, that the high speed of the Simsek is intended to provide a knockout blow to non-hardened targets, such as air defense radar systems.

In fact, air defense systems could well be the primary target for the kamikaze drone. In this way, the drone-launched Simseks could be used to overwhelm hostile air defense networks, both attacking threat systems and confusing them by weight of numbers. Fitted with a passive radar seeker, the Simsek would also be able to attack radar emitters autonomously.

This suppression of enemy air defenses (SEAD) scenario could be even more effective if the Simsek was adapted to carry out electronic warfare jamming or even act as decoys, although it’s unclear what kind of payload capacity the drone has. Already in its target drone form, the manufacturer offers the Simsek with a passive radar cross-section augmenter (also known as a Luneberg lens), as well as a countermeasures dispenser system.

With Turkey already working on the kinds of swarming technologies that would allow drones to operate as a networked team, it’s also conceivable that the Simsek could be adapted for this type of warfare as well. Being able to have drones attack in larger numbers would offer a significant boost in capability and would be ideal for overcoming not only air defense systems but potentially also large-scale attacks against other soft targets, including convoys of light vehicles, parked aircraft, ammunition and fuel dumps, and others.

The original aerial target version of the Simsek can be recovered using a parachute after its mission, providing it’s not been shot down, and then reused. However, the apparent emphasis on low cost suggests that the attack version of the drone may be intended to be expendable whether it reaches its target or not.

According to Defense News, Turkish Aerospace is currently working on some modifications to the kamikaze Simsek, although an initial version is reportedly ready for operational deployment. Improvements would focus on the payload capacity and “maneuvering capabilities.”

So far, there has been no confirmation of orders for the new kamikaze drone from the Turkish Ministry of Defense, but it’s possible the drone could have a wider appeal, too. Turkey is already a major exporter of drones and its products in this field have seen extensive use in conflicts including in Libya, Syria, and in the disputed region of Nagorno-Karabakh.

Indeed, Turkish reports suggest the target drone version of the Simsek has already been tested in Azerbaijan, while Kazakhstan has also been identified as a possible customer for this variant.

Regardless of what kinds of missions the drone-launched Simsek eventually ends up performing, the key development is clearly the launch of one drone from another, in the same way that the U.S. Air Force recently launched an example of the ALTIUS 600 small, unmanned aircraft system, or SUAS from a XQ-58A Valkyrie stealthy, affordable unmanned aircraft.

While Turkish drones have repeatedly demonstrated that they can launch weapons, including in combat, the launch of a smaller drone, which could in turn eventually carry lightweight sensors, small signals intelligence systems, or jammers, as well as the kinetic warhead now fitted, is significant.

All in all, it would not be a surprise to see this new kamikaze drone turn up in a conflict sooner rather than later. 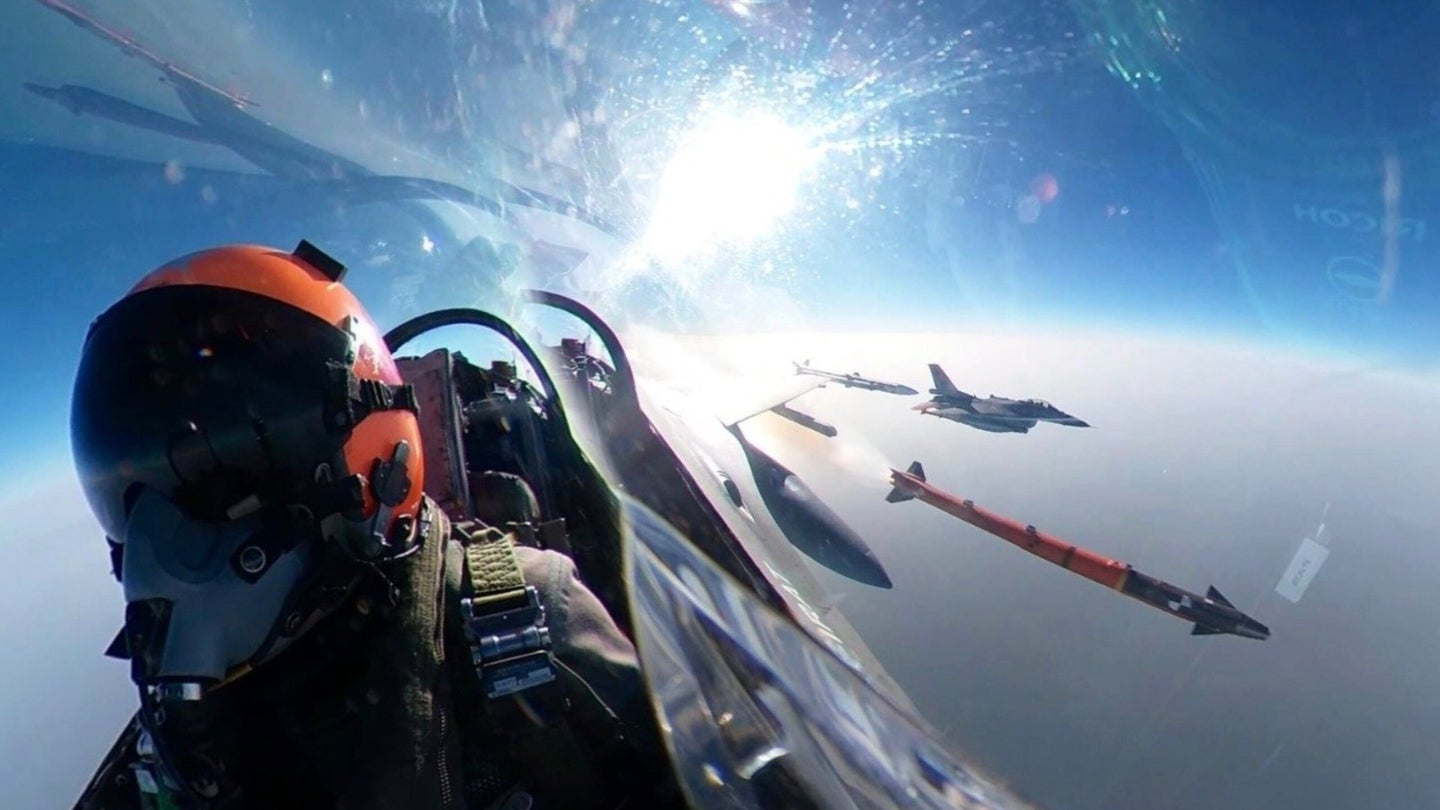