Naval vessels from Australia, India, Malaysia, and Singapore have or are set to join the search effort amid fears time may be running out. 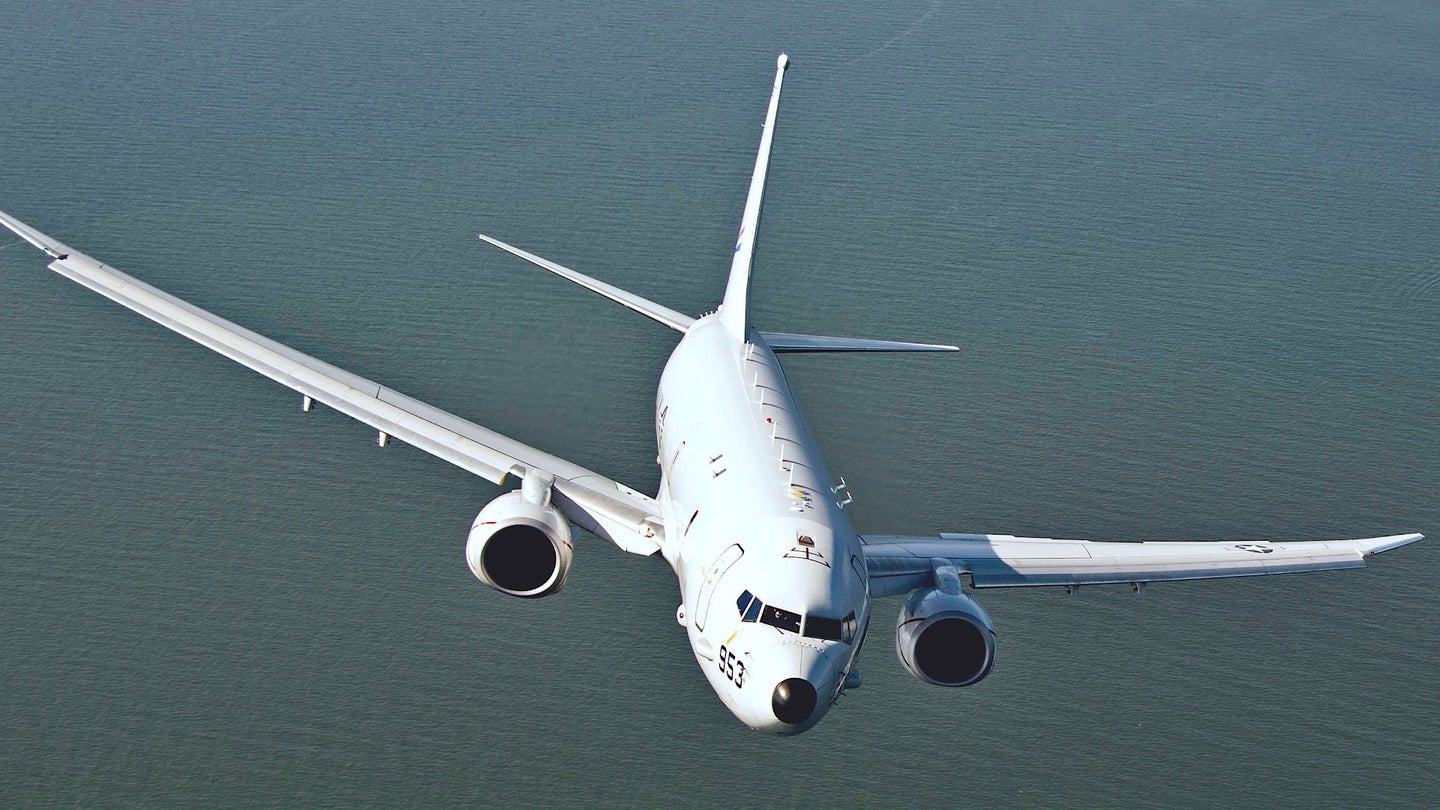 A U.S. Navy P-8A Poseidon maritime patrol plane is set to join the search for the Indonesian Navy's Cakra class submarine Nanggala today. Australia, India, Malaysia, and Singapore, are all also sending naval assets, including specialized deep-sea rescue systems, to help try to find the submarine and rescue its crew, which went missing during a training exercise earlier this week. There is a fear that time may already be running out, since Indonesian authorities say the Nanggala may only have enough oxygen to last until tomorrow afternoon.

Major General Achmad Riad, in charge of the Indonesian Armed Forces Information Center, confirmed in a press conference on April 23, 2021, that the American P-8A was expected to arrive in the region later in the day, local time. He did not say where the aircraft would be operating from specifically. Pentagon Press Secretary John Kirby had previously said unspecified "airborne assets" would take part in the search efforts looking for the Nanggala "at the invitation of the Indonesian government."

Riad also told the press that the current focus of the search operations was in an area approximately 25 miles north of Celukan Bawang Beach in Bali, based on the presence of oil slicks and stronger than normal magnetic readings. The latter information indicated the presence of a large metal object in the area, which could be the Nanggala. The torpedo training exercise that the submarine had been participating in when it went missing took place in a zone around 60 miles north of the island of Bali.

No information has yet been released about what may have happened to the submarine. The boat, which is just over 195 feet in length and displaces some 1,390 tons when submerged, had a larger than average crew of 53 on board for this particular drill. Why the Nanggala had this expanded crew complement remains unclear.

The Navy's P-8A offers a valuable aerial reconnaissance platform to help with the search that will be able to cover a wide area and remain on station for an extended period of time. The aircraft's crew will be able to keep a look for any new oil slicks or other debris that could indicate the position of the submarine. Poseidons have deployed to support various search and rescue efforts in Pacific region over the years, including the hunt for Malaysian Airlines Flight MH370 in 2014 and the search for a lost Japanese F-35A Joint Strike Fighter in 2019.

How well the aircraft might be able to search for the submarine itself is less clear. Major General Riad specifically mentioned that magnetic readings have been a key source of information in the hunt for the Nanggala. The Navy's Poseidons notably do not have magnetic anomaly detectors (MAD), which are designed to spot discrepancies in the Earth's naturally-occurring magnetic field. As already noted, these readings can point to the presence of a large metal object underwater, such as a submarine.

Instead, Navy P-8As rely on sonobuoys to detect and track targets below the waves. How the Nanggala might be situated underwater in relation to the seafloor or other underwater obstacles, as well as just how deep it might be lying now, could impact a sonobuoy's ability to detect it.

Of course, the Poseidon will be just one of a growing number of air and maritime assets looking for the Nanggala. Australia's Department of Defense announced just today that Royal Australian Navy's Anzac class frigate HMAS Ballarat, along with its embarked MH-60R Seahawk helicopter, and the HMAS Sirius, a fleet replenishment vessel, were on their way to the water off Bali. Ballarat has a fixed sonar system and can launch a towed sonar array, and the Seahawk can also deploy a dipping sonar. Both the ship and its helicopter could provide additional general situational awareness to keep an eye out for any new developments on the surface, as well.

“These two Australian ships will help expand the search area and extend the duration of search effort,” Royal Australian Navy Rear Admiral Mark Hammond said in a statement. "Sirius can replenish ships with fuel, water and stores by day and night," the Australian DOD added in its press release.

Other foreign naval vessels are already on the way. Major General Riad said that the Navy P-8A was set to arrive at around the same time as the MV Swift Rescue, a submarine support and rescue ship that has a mixed crew of Singaporean Navy sailors and contractors from Swire Pacific Offshore Operations.

This ship can carry and deploy the Deep Search And Rescue Six (DSAR 6), a 31-foot-long deep-submergence rescue vehicle (DSRV) that is designed to dive down depths up to 1,600 feet. It has a crew of two and can accommodate up to 15 other individuals. The MV Swift Rescue can also launch unmanned remotely operated vehicles (ROV) that are also capable of operating at great depths to help search for submarines and other objects of interest down below. They can also help clear debris on a sunken submarine to make it easier for DSRVs or divers to reach it.

The video below from Indonesia media outlet Harian Kompas offers a general visual overview of how the DSAR 6 could be used to rescue sailors from a stricken submarine.

It was announced earlier this week that the Indian Navy would be sending a salvage ship loaded with one of that service's own DSRVs to assist with the search. The Royal Malaysian Navy's MV Mega Bakti, another submarine rescue ship able to deploy ROVs, is also headed to the area to help.

This is all in addition to the 21 vessels from Indonesia's own navy, along with four Indonesian police boats, which have been deployed to the area to look for any trace of the Nanggala. The submarine Alugoro, Indonesia's third Nagapasa class submarine, which was only delivered in March, is reportedly part of the search effort.

Nagapasa class design is an improved derivative of South Korea's JangBogo class design. Indonesia already has three more of these vessels which could very well eventually replace the aging Cakra class boats, on order. The two Carkas, Type 209/1300 class boats originally built in what was then West Germany in the 1980s, did receive significant upgrades in South Korea between the mid-2000s and the early 2010s.

This combined force is now racing against time to find the Nanggala. As already mentioned, Indonesian authorities are concerned that the submarine may only have enough oxygen to last until tomorrow. The area where the boat might be lying is a trench that goes down to a depth of between 2,000 and 3,000 feet, as well. Even specialized DSRVs might not be able to reach it at those depths. This is also deep enough where the water pressure could be starting to crush the hull.

“Most rescue systems are really only rated to about 600m (1,970 feet),” Frank Owen, the Secretary of the Submarine Institute of Australia, told The Guardian newspaper in the United Kingdom earlier this week. “They can go deeper than that because they will have a safety margin built into the design, but the pumps and other systems that are associated with that may not have the capacity to operate. So they can survive at that depth, but not necessarily operate.”

The hope, of course, is that there is still enough time to find the submarine and that it will be in a position where Indonesia and international partners will be able to save the crew.

The Search Is On For A Missing Indonesian Navy Submarine

Indonesian Navy vessels and other specialist ships are joining the search for the West German-built submarine Nanggala.