With 60 examples of the heavy-lift helicopter in use, the U.K. already is the world’s second biggest Chinook operator.

The U.K. Royal Air Force’s enduring commitment to the Boeing CH-47 Chinook has been further cemented, with confirmation that the country has agreed on terms with the U.S. to buy another 14 examples of the heavy-lift helicopter. These will revitalize the force of 60 aircraft now in service with the RAF, some of which date back to the very first deliveries of these helicopters that the service received back in the early 1980s.

Although the planned acquisition of more Chinooks had been expected for some time, the British Embassy in Washington recently confirmed to Bloomberg that a formal deal is to buy more of these helicopters is close to being finalized. That outlet reported today that the U.K. government and the Pentagon had agreed on a package worth $2 billion for the 14 Chinooks, together with engines, machine guns, and self-protection equipment. These details were included in a previously undisclosed letter from the Embassy, dated March 25 this year, which the news agency had obtained.

The letter describes the Chinooks as new-build H-47(ER) helicopters, referring to an Extended Range variant of the helicopter. It’s not entirely clear what the configuration of the future helicopters for the RAF might be, but Boeing has offered an extended range version with increased fuel capacity to Germany for its protracted heavy-lift rotorcraft requirement in the past. The configuration in question also sounds similar, in some respects, to the Block II MH-47G helicopters, special operations Chinooks based on the current standard Block II CH-47F variant, that the U.S. Special Operations Command is currently procuring.

Regardless of the exact configuration, an extended-range Chinook would be ideal for the kinds of special operations missions that a portion of the RAF Chinook fleet is assigned to perform. The service already has a number of Chinook HC5 versions that feature “fat tank” sponsons, something also found on SOCOM’s MH-47Gs, for increased range.

At the same time, the U.K. has been forced to “reconsider the expenditure profile of this project,” in the words of the British Embassy letter, indicating that cost savings are being sought. Coupled with the effects of the COVID-19 pandemic, this means that planned deliveries could be delayed by up to three years. Handover of the last aircraft is now expected before the end of 2030, a British Embassy spokeswoman told Bloomberg.

It’s noteworthy that the U.S. State Department approved the possible sale of 16 H-47(ER) aircraft to the U.K. at an estimated cost of $3.5 billion, back in October 2018.

The latest U.K. defense policy document, unveiled last month, outlined plans to retire the oldest RAF Chinooks and to invest “alongside the U.S., in newer variants of this operationally proven aircraft, enhancing capability, efficiency, and interoperability.” However, at that stage, no final numbers of costs were provided.

While that document, formally titled The Integrated Review of Security, Defence, Development and Foreign Policy, outlines increased defense spending for the U.K., it nonetheless makes significant cuts to some programs, including wholesale withdrawal of a number of RAF fleets as well as reductions to others.

The U.K. is embarking on a significant overhaul of its rotary fleet, which includes 60 Chinooks, a mix of successively upgraded HC5, HC6A, and HC6 variants, based at RAF Odiham in Hampshire, southern England. Primary missions include transporting troops, cargo resupply, and casualty evacuation. These aircraft have been deployed around the world and have been widely used on combat operations, including during a current deployment to Mali in West Africa.

As well as new Chinooks to replace older airframes, the defense ministry has announced plans to invest in a new medium-lift helicopter in the mid-2020s. This is intended to replace a range of different types in service with the British Army and Navy, including the long-serving Puma. The British Army is also replacing its AH-64D Apaches with advanced AH-64E models.

Confirmation that the U.K. will place sign a contract for more Chinooks is good news for Boeing, as the U.S. Army wavers over its own future purchases.

For the U.S. Army, already looking at options for the kinds of exotic rotorcraft that will eventually replace the Chinook under the Future Vertical Lift (FVL) effort, the future of the helicopter is less than clear. Interestingly, the U.K. has also begun to look at FVL, under an agreement signed last summer, but this has apparently not affected its Chinook plans.

The U.S. Army has said that it expects the Chinook to remain in some kind of service at least into the 2030s or 2040s but it has dragged its heels on an initiative to re-engine the helicopter with the more powerful General Electric T408 turboshafts that are also used on Sikorsky’s larger CH-53K King Stallion. So far, the new engines have not been incorporated into the wider Block II upgrade program.

As part of its budget plan for Fiscal Years 2021 through 2024, the U.S. Army called for a reduction in its planned Chinook orders, from 68 to 40, to bring savings of $962 million, some of which would be invested in new rotorcraft programs like the Future Attack Reconnaissance Aircraft program, or FARA. That proposal has been rebuffed by the House and Senate appropriations panels in 2021 and 2021.

In fact, the 2021 National Defense Authorization Act (NDAA) includes $296.7 million for CH-47s, an increase of $136 million compared to the U.S. Army request. This will provide 11, rather than the requested six CH-47F aircraft, of which five will be the latest Block II versions.

According to Bloomberg, however, the Army may still seek to cut Chinook numbers for its 2022 budget.

Defense News it still expected a first production contract for new CH-47F Block II aircraft in Fiscal Year 2021, allowing for deliveries in 2025. Developmental testing has meanwhile been held up by some problems with the helicopter, including excessive vibration from the new rotor blades.

Boeing has been doing all it can to ensure that production continues at a profitable rate at the Pennsylvania facility where Chinooks are built, actively pursuing export opportunities for new versions of the twin-rotor helicopter, including in Israel (albeit unsuccessfully) and in the United Arab Emirates, as well as Germany and the U.K. Previous F-model sales have been made to Australia, Canada, India, Singapore, and the Netherlands.

Despite the U.S. Army’s repeated efforts to stall the Chinook program and look instead to its successors, and other programs, the design clearly still has many valuable years ahead of it. The U.K. is just the latest operator to place an order for new-build Chinooks and it’s unlikely to be the last. 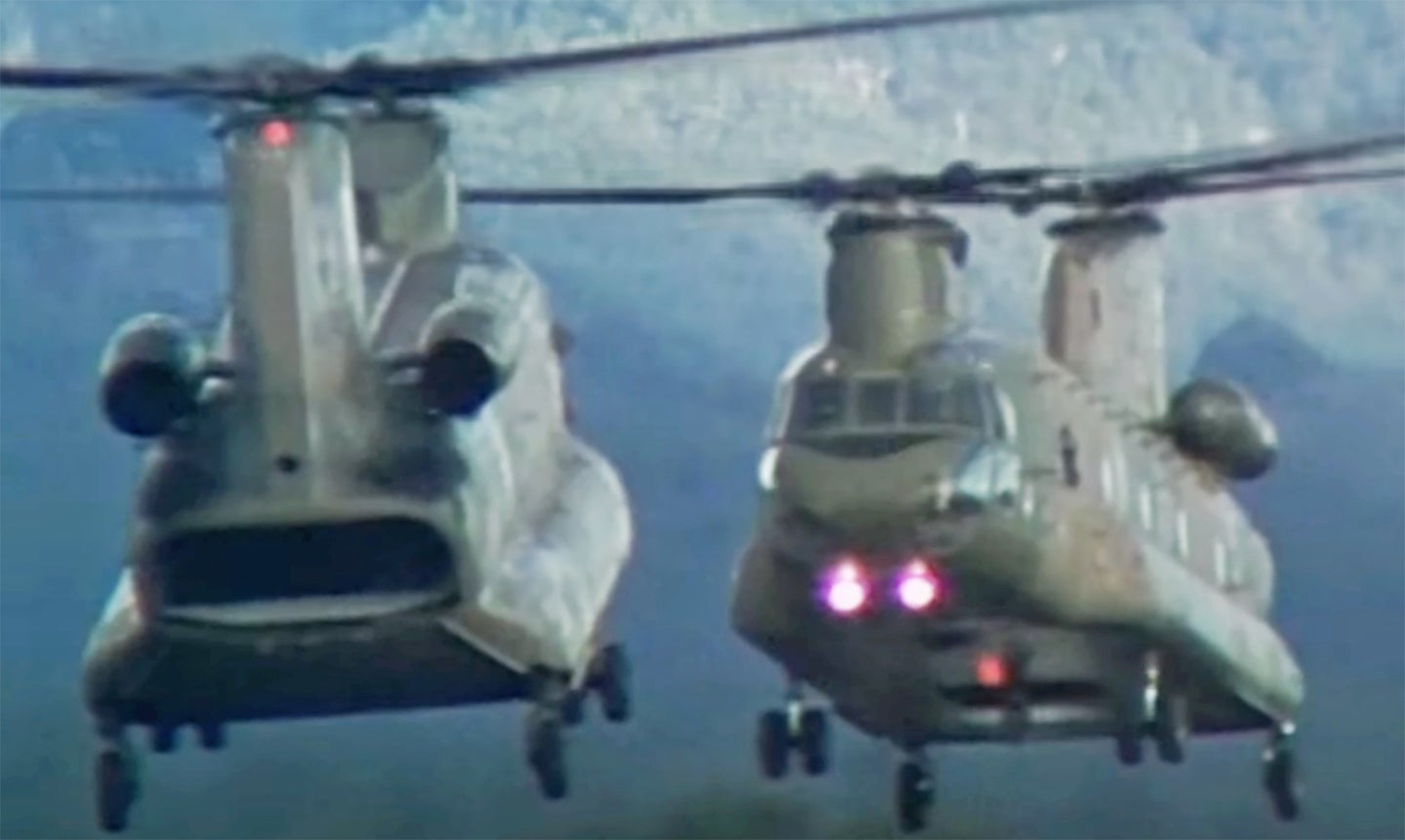 Australian air shows did things differently back in 1981, as evidenced by this bizarre video. 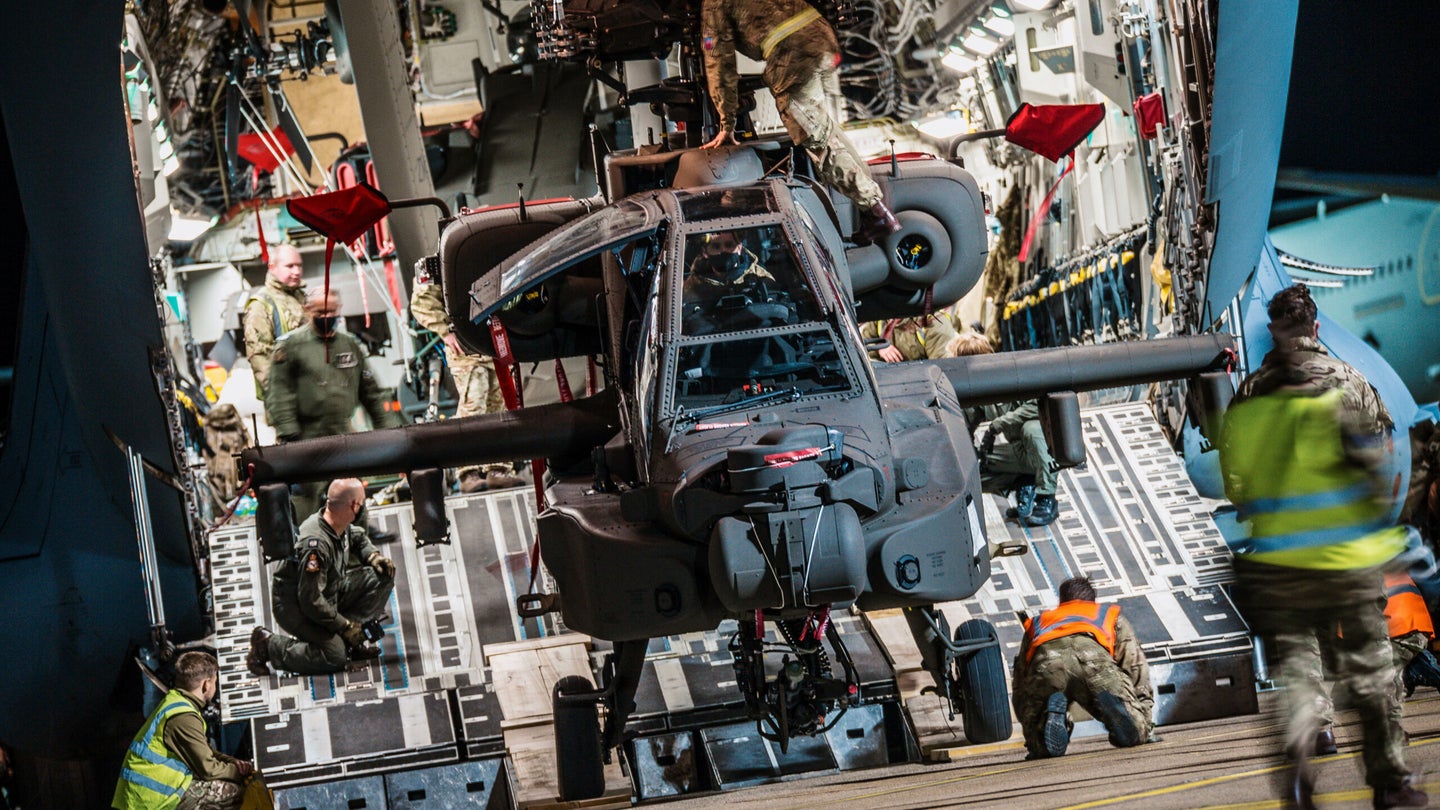 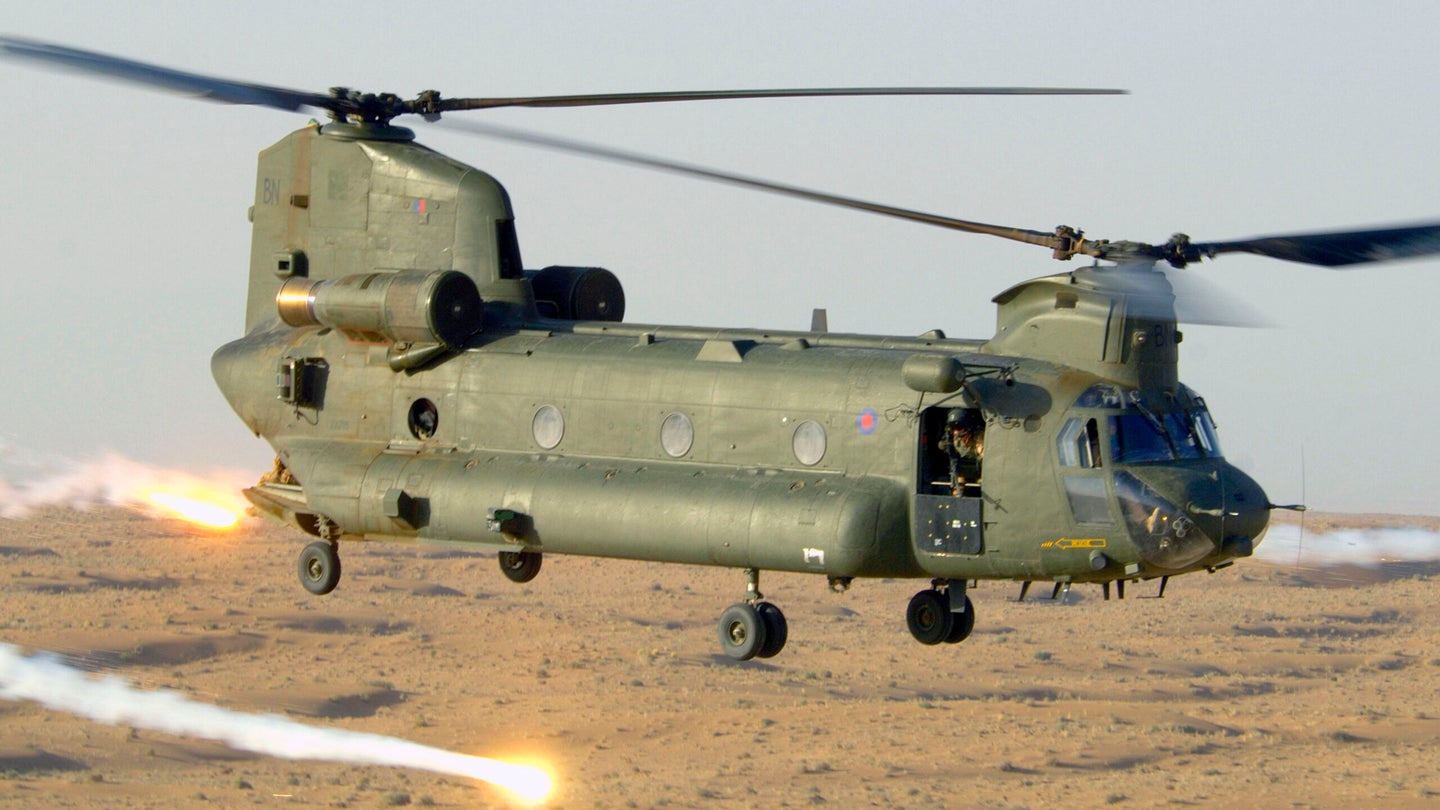 The Amazing Tale Of Bravo November, The British Chinook Helicopter That Refused To Die