One Small Leap For A Drone Helicopter On Mars, One Giant Step For Mankind

Delivered by the Perseverance Rover, NASA’s Ingenuity helicopter drone is the first aircraft to make a powered, lift-borne flight on another planet.

NASA has successfully flown its Ingenuity helicopter drone on Mars after it arrived on the Red Planet slung under the belly of the Perseverance Rover vehicle, which touched down in February. Aloft for less than a minute, this is nonetheless the first time that an aircraft has achieved a powered, lift-borne, controlled flight on a planet other than our own.

The four-pound, solar-powered helicopter is carrying with it a tiny swatch of fabric taken from one of the wings of the Wright Brothers’ Flyer I, the aircraft that made that is recognized as having completed the first powered, controlled flight within the Earth’s atmosphere, at Kitty Hawk, North Carolina, in 1903. While the Wright brothers confirmed the feasibility of aircraft flights on Earth, it’s hoped the Ingenuity helicopter drone will do the same thing on Mars as part of this ground-breaking technology demonstration.

The video below includes the full broadcast of the landmark mission live-streamed by NASA earlier today:

The photo below was taken by the navigation camera aboard Ingenuity and shows the milestone event, with the shadow of the craft hovering over the Martian surface, and transmitted back today. Flying completely autonomously, since it takes more than 11 minutes for a radio command signal to travel between Earth and Mars, the helicopter is fitted with two cameras: the black-and-white navigation camera angled toward the ground, plus a high-resolution color camera that scans the horizon.

“We can now say that human beings have flown a rotorcraft on another planet,” declared MiMi Aung, the project manager for Ingenuity at Nasa’s Jet Propulsion Laboratory (JPL) in Pasadena, California, which built the helicopter. “We’ve been talking for so long about our Wright Brothers moment on Mars, and here it is.”

Thomas Zurbuchen, Nasa’s associate administrator for science, said: “Now, 117 years after the Wright brothers succeeded in making the first flight on our planet, Nasa’s Ingenuity helicopter has succeeded in performing this amazing feat on another world. While these two iconic moments in aviation history may be separated by time and 173 million miles of space, they now will forever be linked.”

If you scroll to around the 42:00 mark in the video at the top of this article, you’ll see Aung tearing up the redundant contingency speech that would have been read in the Space Flight Operations Facility at NASA’s Jet Propulsion Laboratory, had the Ingenuity mission failed.

Failure was a real possibility since the Ingenuity mission contains no shortage of challenges. While gravity on Mars is around 38% of that of Earth, this is counterbalanced by an atmosphere that’s only one percent as dense as ours — equivalent to flying on Earth at around 50,000 feet above sea level, far above where rotorcraft operate. This means a helicopter’s rotor blades have a much harder time generating lift. To get around this, Ingenuity uses very lightweight construction allied with rotors that turn at around 2,500 revolutions per minute.

In the event, mission control watched on as Ingenuity climbed to a height of just under 10 feet, rotated, and then landed again, after almost 40 seconds of flying.

So far we didn’t get to see too much of that pioneering flight, either, since the bandwidth limitations mean that only a small video clip has been transmitted from Perseverance, located around 200 feet from the helicopter, and this footage took a few hours to process and reach Earth. Additional imagery and footage will be available in the days to come.

Up to another five test flights of the Ingenuity are now planned, with the aim of increasing its flying altitude and range, within a 30 Martian-day (31 Earth-day) demonstration window. In another nod to the Wright Brothers, the “airstrip” from where Ingenuity will conduct further flights has been named Wright Brothers Field. This is located in the Jezero impact crater, the site of a former lake on Mars, and has also received the International Civil Aviation Organization (ICAO) callsign IGY, just like any Earth airfield.

Other objectives of the wider Perseverance program include searching for signs of ancient microbial life on Mars and demonstrating technology for future robotic exploration. The rover will conduct studies of the planet’s geology and past climate and this is the first mission planned to facilitate the retrieval of Martian rocks and dust and return them to Earth for further study. That is an ambitious target in itself, the sample-return mission (MSR) campaign. This calls for the samples to be picked up in the future by a “fetch rover,” launched into orbit, and delivered to an orbiter via a rendezvous in Martian orbit. The orbiter would then take the samples back to Earth. Ultimately, the program is planned to pave the way for human exploration of the Red Planet.

Clearly, a flying vehicle of this kind offers an entirely different type of access than a traditional wheeled or tracked rover, and, like Ingenuity, and they could be used to gather additional data over a much wider area. Planning is already underway for another NASA unmanned helicopter mission to Titan, Saturn’s latest moon, sometime in the mid-2030s. Around the same time, humans could also set foot on Mars. When they do, or when they return to Earth’s Moon, it is very likely that they will make use of similar drones, to scout ahead of them, too. In the meantime, fixed-wing options are also being assessed for potential Mars missions, including flying wing designs.

With that in mind, this first tentative hop by a helicopter on the Red Planet could be the start of a whole new era of aircraft operations on other planets and moons. 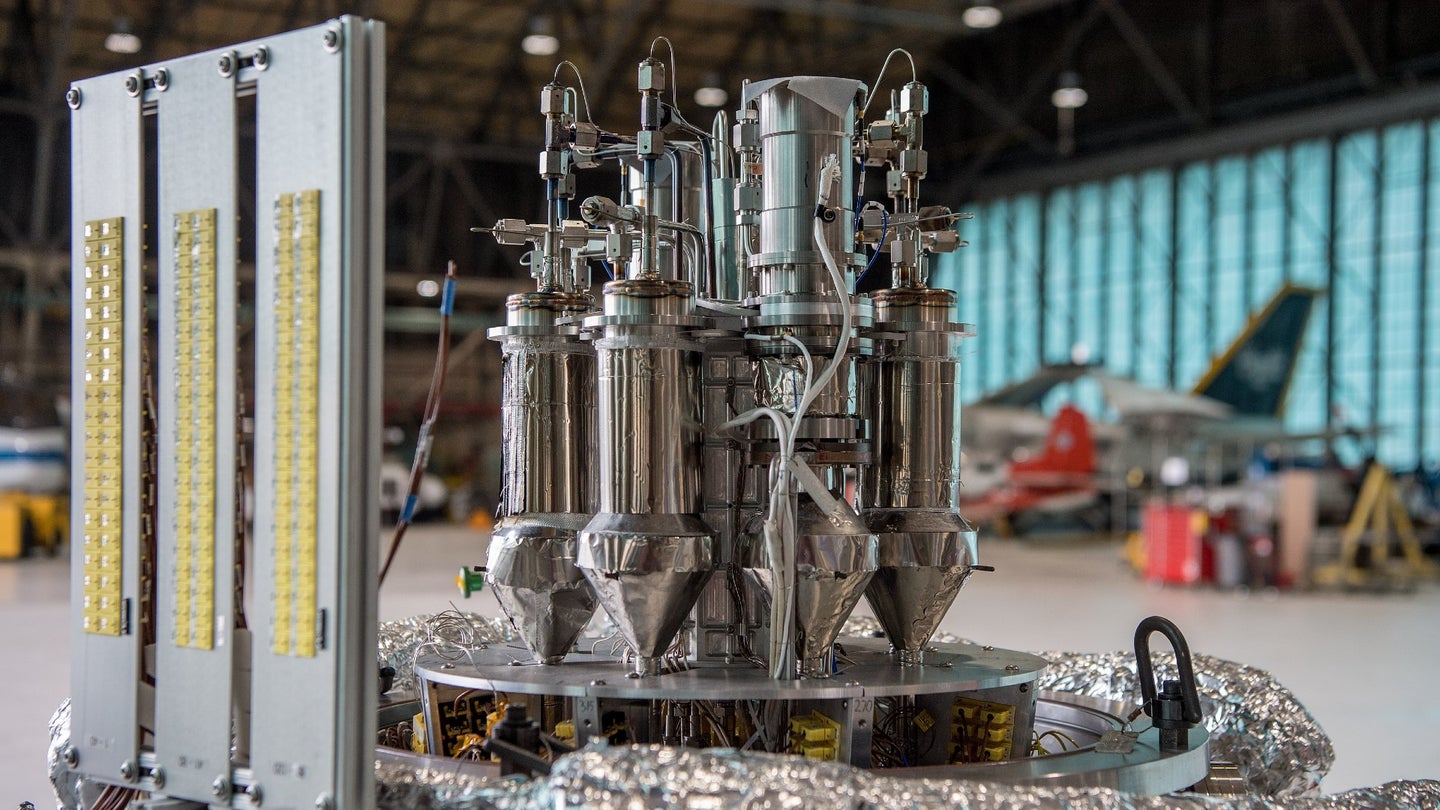 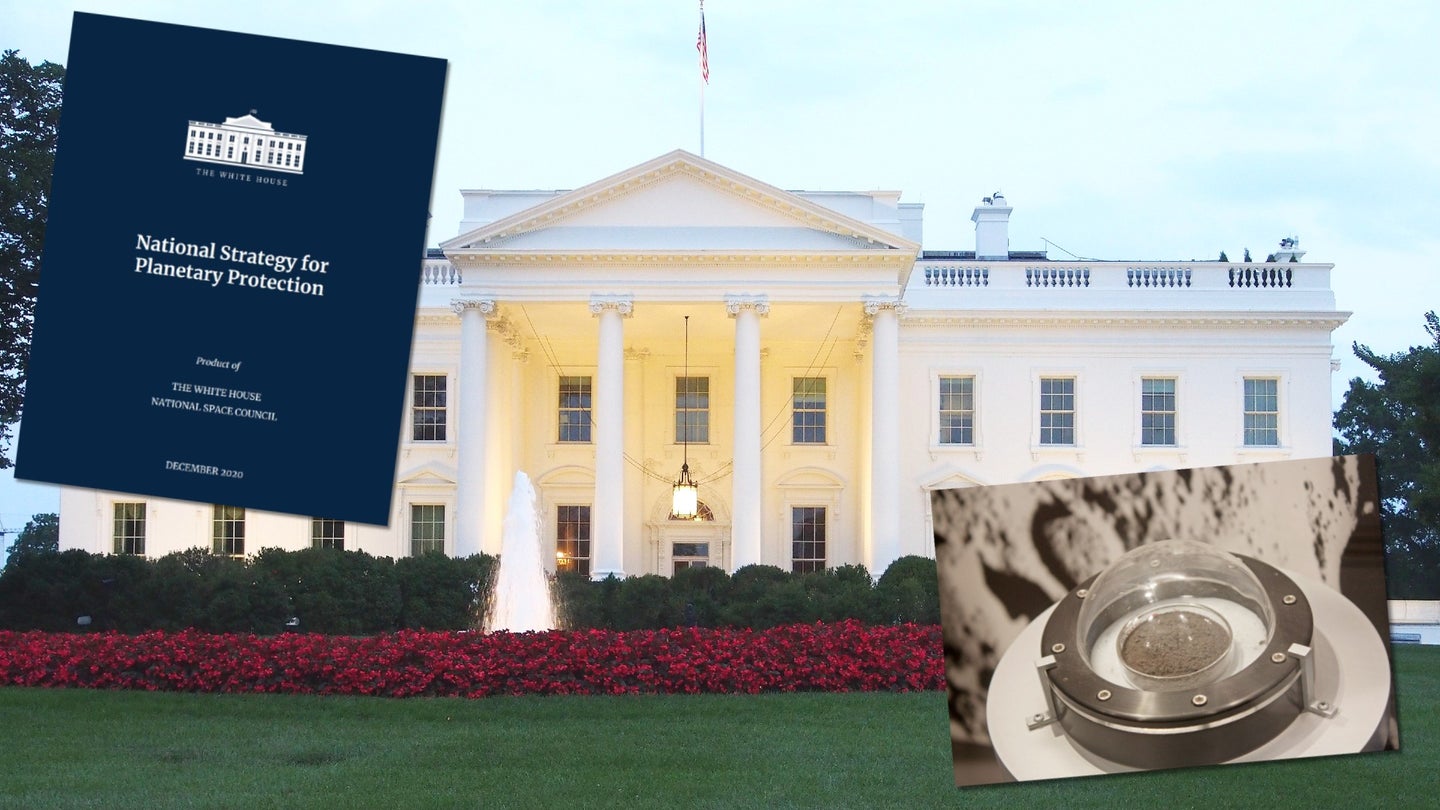 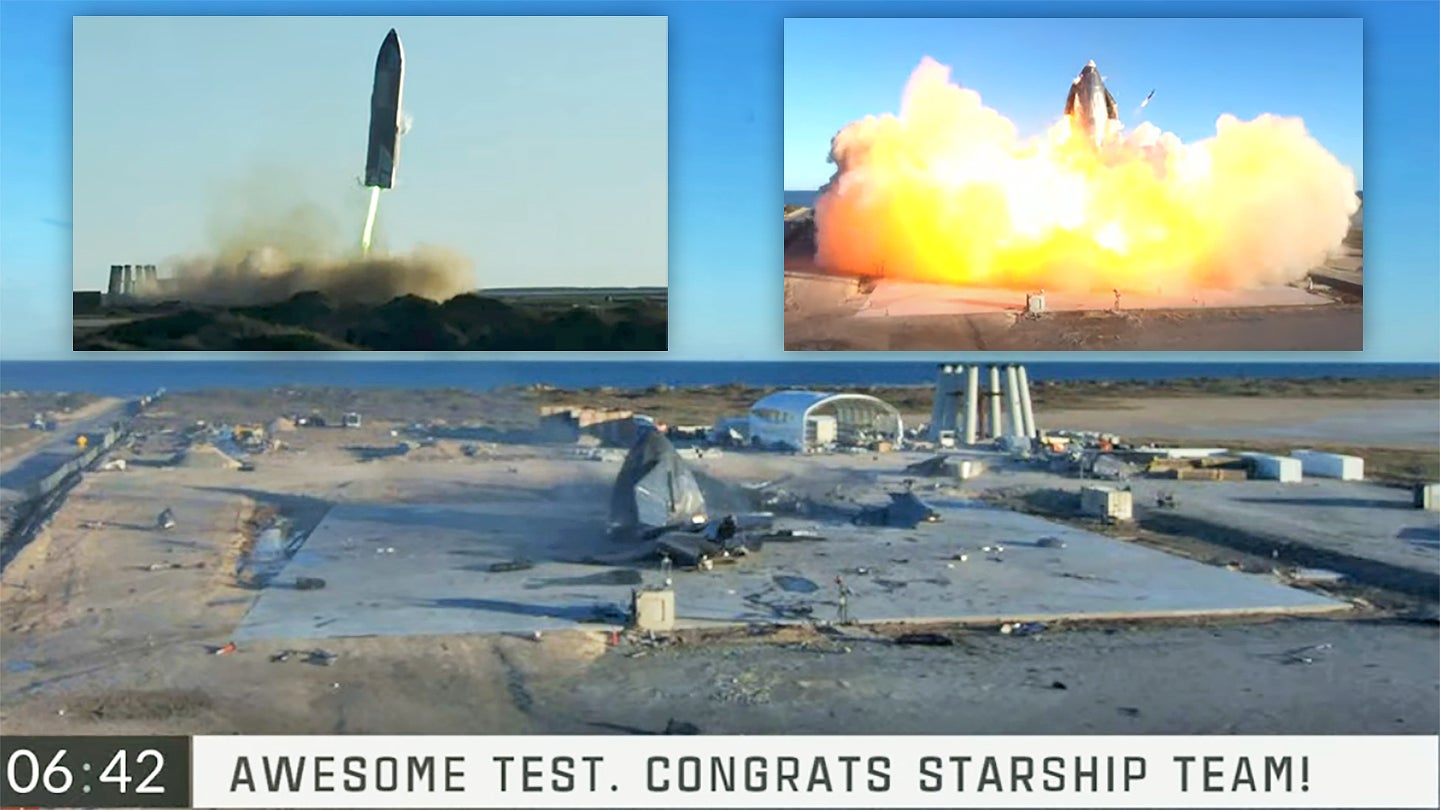