Turkish Cops Now Have Their Own Attack Helicopters

The heavily armed and well-protected T129B ATAK might be the most potent police chopper since Blue Thunder.

The Turkish Police are, as far as we know, the first law enforcement organization of their kind to fly dedicated attack helicopters. For some weeks now, the civilian police department has been operating the locally produced T129B ATAK developed by Turkish Aerospace.

Photos released today by the Anadolu Agency show the initial aircraft — one or possibly two of which are understood to have been delivered so far — although the rotorcraft was formally introduced by the Turkish Police, which is a branch of the General Directorate of Security, in late February. A total of nine Phase 2 ATAKs are on order for the service, which follows the Turkish Army and Turkish Gendarmerie — a military law-enforcement agency — in operating it.

The T129 ATAK is based on Leonardo’s A129 Mangusta, as used by the Italian Army, and made its first flight in August 2011. Phase 2 is the latest production version of the ATAK, first flown in November 2019 and cleared for service last December. The Phase 2 helicopter has numerous upgrades, including increased indigenous content. Visible changes include a new pod under the starboard stub wing, plus new antennas and sensors on the nose and stub wings. The additional equipment comprises new electronic warfare systems, including an Aselsan laser warning receiver, plus a new radio frequency jammer, radar warning receiver, and VHF/UHF radio. The payload is increased to permit the carriage of additional weapons, as well as the new systems.

While the ATAK can be armed with indigenous Roketsan UMTAS long-range anti-tank missiles and Stinger air-to-air missiles, the aircraft for the police, so far at least, have apparently only received unguided 2.75in and laser-guided Roketsan Cirit 2.75in rockets carried in pods under stub wings. The is helicopter also fitted with a 20mm M197 Gatling gun in the nose.

The first delivery of the type to the Turkish Police involved aircraft serial number EM-101 and was confirmed on Twitter on February 17 by Turkey’s Minister of Interior Süleyman Soylu.

“We are proudly including the first of our attack helicopters, which we will receive by the end of 2022, in the fleet of our Aviation Department,” said Turkish Police Chief Mehmet Aktaş.

While the Turkish Police has a long history of flying helicopters — for at least 40 years — the addition of tandem two-seat attack helicopters to the service is a significant, and apparently unparalleled, development.

In fact, it’s hard to see how a helicopter armed with a multi-barrel 20mm cannon and guided and unguided rockets would be used in daily crime-fighting scenarios. However, local media reports indicate these aircraft will actually be used in counter-terrorism operations alongside those of the army and gendarmerie as part of a “change in mission concept,” according to Anadolu Agency.

“Our helicopters will be assigned as a mobile fleet in the provinces of the region, primarily in Diyarbakır, Van, Şırnak, and Hakkari,” Police Chief Mehmet Aktaş explained. All these provinces are in the southeast of the country, where Turkish security forces operations targeting Kurdish militants are most intense.

The ATAK allows nothing less than for police aircrew to proactively engage terrorists, like the Kurdistan Workers’ Party (PKK), by launching offensive operations over Turkish territory and providing close air support to law-enforcement forces and troops on the ground. The police are already involved in these types of missions, as part of joint operations with branches of the military. Furthermore, the police ATAKs are expected to be utilized for border security in the mainly mountainous terrain of southeast Anatolia.

In fact, the level of threat posed by the PKK in particular demands a robust helicopter for police operations. In the past, PKK fighters have claimed the destruction of at least one Turkish AH-1 Cobra attack helicopter within Turkey using a man-portable air-defense system (MANPADS). The enhanced self-protection system incorporated in the Phase 2 ATAKs could help redress the balance against heat-seeking missile threats. The PKK has also used anti-tank weapons against Turkish military helicopters in the past, too.

While the PKK has waged an insurgency in Turkey since 1984 and also operates extensively across its borders in Iraq and Syria, Ankara has stepped up its operations against the militants since a ceasefire with them ended in 2015.

Among the police pilots now flying the new type is Özge Karabulut, who recently completed nine weeks of training to convert onto the type as Turkey’s first female attack helicopter pilot. She is also qualified to fly the service’s Bell 429.

The introduction of the ATAK with the Turkish Police further increases the presence of the helicopter in Turkey, with at least 50 examples delivered to the army and 24 reportedly on order for the Gendarmerie.

In terms of export orders, however, the ATAK has been less successful. The type was offered unsuccessfully to Pakistan, while the Philippines apparently selected the type as its favored attack helicopter candidate but is yet to sign a deal. Export sales of the T129 require U.S. approval, above all for the LHTEC CTS800 turboshaft engines, originally developed to power the U.S. Army’s RAH-66 Comanche, and this was the apparent stumbling block in the case of the Philippines. Turkey has been working on an alternative indigenous engine, the TS1400, but its completion is some way off.

Meanwhile, Turkish Aerospace is already looking at new-generation attack helicopters to follow on from the T129. In February, the company displayed a mockup of a proposed electric-powered, unmanned, T629, and said the first flight of an experimental demonstrator was due before the end of this year, although few other details were released. That said, an all-electric powerplant, at this point, seems implausible, while even a hybrid type would be a major technological achievement.

Previously, the T629 designation had been applied to a manned attack helicopter, expected to use the indigenous propulsion system from the T625 Gökbey indigenous utility rotorcraft. Importantly, this attack helicopter was planned to be free of components controlled by the U.S. International Traffic in Arms Regulations (ITAR), making Turkey free to export it as it wished.

Then there are longer-term plans for the future ATAK 2, schemed as a heavyweight attack helicopter, planned to be twice the weight of the T129, implying a maximum takeoff weight of around 22,000 pounds. Full-scale development of the ATAK 2 was announced in February 2019, with a contract for Turkish Aerospace and plans for a maiden flight by 2024.

For the time being, however, Turkish Aerospace remains dedicated to the T129B, now in service with three different Turkish services and also marketed abroad. Whether the attack helicopter’s presence with the Turkish Police remains an oddity, or whether other law enforcement agencies might also adopt similar equipment, is yet to be seen.

Thanks to Arda Mevlutoglu for assistance with this story. Find him here on Twitter. 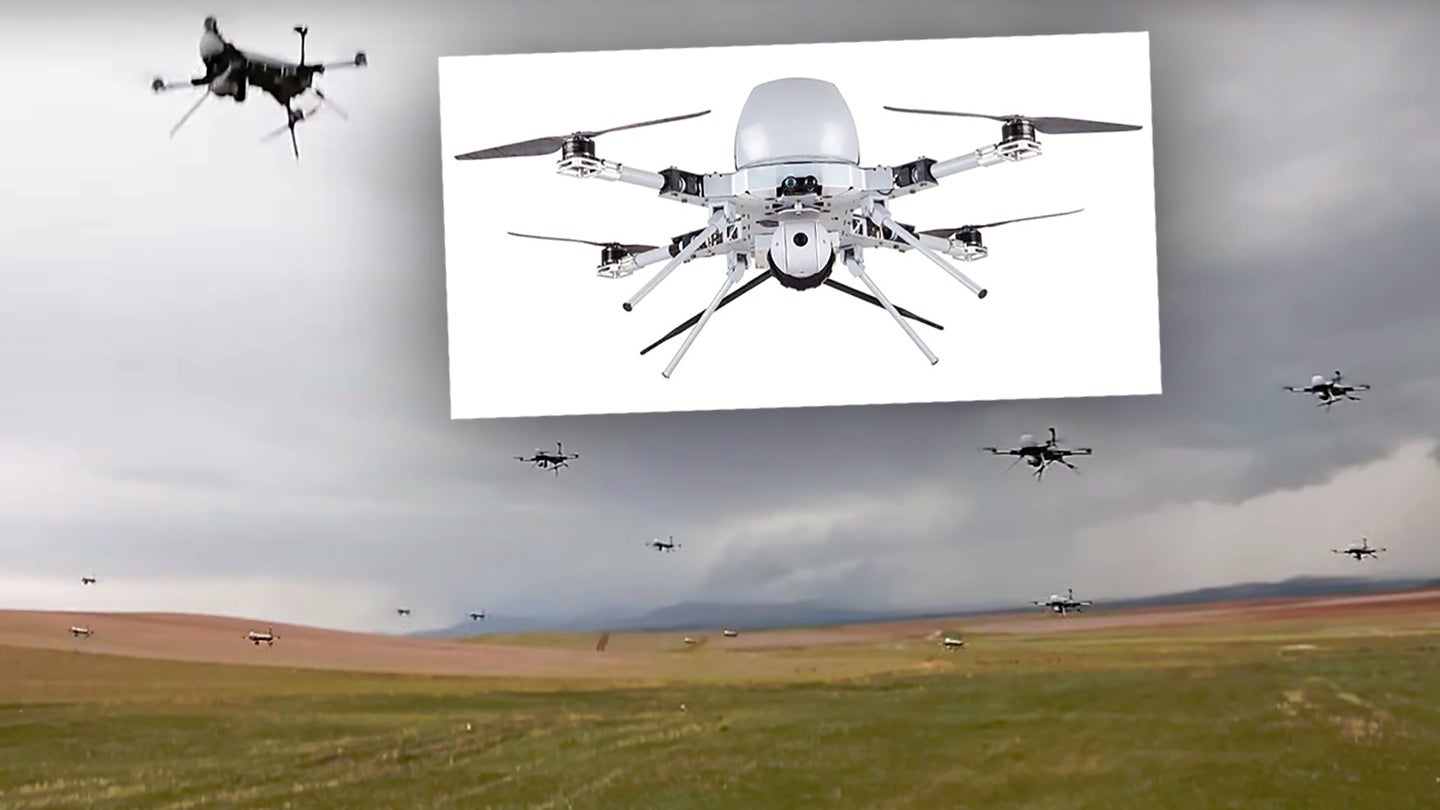 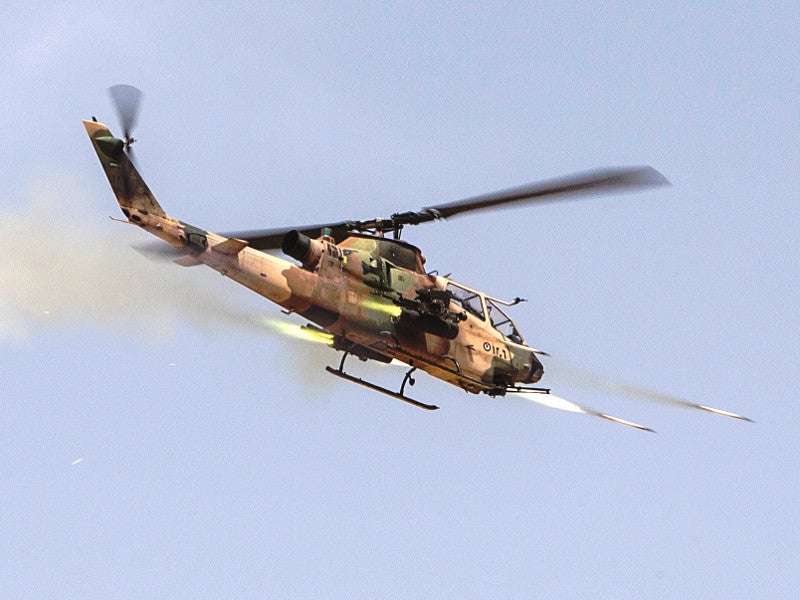 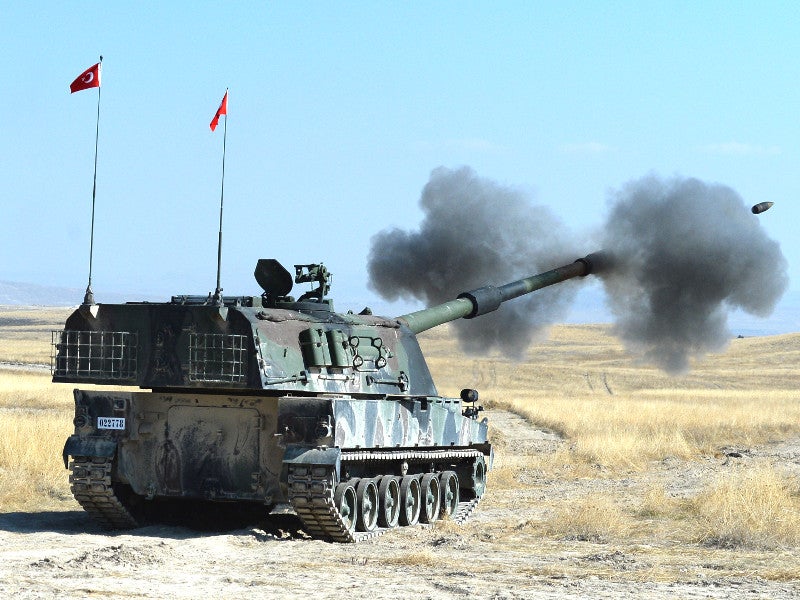