Researchers at the Naval Surface Warfare Center, Indian Head Division have reopened the case on low-energy nuclear reactions, or LENRs, largely unexplained phenomena that are at the core of theories about "cold fusion." Five different government-funded laboratories under the control of the U.S. Navy, U.S. Army, and National Institutes of Standards and Technology will conduct experiments in an attempt to once and for all settle the debate over this little-understood and highly controversial topic. Despite the controversy and stigma associated with LENR, many experts across the U.S. military believe that the science behind them is sound, and if working technologies can someday be developed, it could transform military operations to an extent not seen in over a century.

LENRs are a theory that attempts to explain results some scientists have observed over the last several decades which seem to indicate a unique type of anomalous energy production stemming from a certain class of non-fusion nuclear reactions which have been found to occur at or near room temperature. Interest in LENRs and so-called “cold fusion” dates back to the early 20th century, when scientists encountered anomalous heat effects produced by known chemical processes. These remained unexplained for decades. One of the biggest controversies in the field then came in 1989 when chemists Stanley Pons and Martin Fleischmann announced they had successfully reached a “sustained nuclear fusion reaction" at room temperature.

Scientists around the world began examining their data, and, needless to say, not all agreed with Fleischmann’s and Pons’s conclusions. Some believed low-temperature fusion reactions were indeed occurring, others believed some type of misunderstood chemical reaction was taking place, while others still thought the two chemists had observed some new type of phenomenon altogether. One scientist at the Massachusetts Institute of Technology (MIT) even went so far as to accuse the duo of fraud in the Boston Herald. No other laboratory was able to replicate their results, and Fleischmann and Pons eventually retracted their conclusions.

Still, enough researchers believe there is at least something to LENRs and that the topic is worth a serious second look. The 2016 Scientific American guest blog “It's Not Cold Fusion... But It's Something” claims that “Hidden in the confusion are many scientific reports, some of them published in respectable peer-reviewed journals, showing a wide variety of experimental evidence” for LENRs, “including transmutations of elements.” The same article states that studies have also shown that LENRs “can produce local surface temperatures of 4,000-5,000 K and boil metals (palladium, nickel and tungsten) in small numbers of scattered microscopic sites on the surfaces of laboratory devices.” A more recent theory suggests that LENR reactions have nothing to do with fusion at all, and instead are produced by weak interaction and are perfectly consistent with known physics.

The Naval Surface Warfare Center, Indian Head Division seeks to get to the bottom of the LENR phenomenon with an honest look at the available data and by conducting new experiments. NSWC Indian Head specializes in energetics, a branch of research involving the development and testing of explosives, propellants, pyrotechnics, fuels, and other reactive materials as they pertain to propulsion and weaponry.

Oliver Barham, a project manager at NSWC Indian Head, says that despite past controversies surrounding LENRs, the laboratory believes the science behind these little-understood reactions is worth a second look. “I’m not as worried about looking into something that is considered controversial as long as there’s good science there,” Barham told IEEE.org. “The whole point of our effort is we want to be doing good science. We’re not out to prove or disprove anything, we’re out to assemble a team of scientists who want to take it seriously.” Barham says the lab will serve as an “honest broker” that will reexamine decades’ worth of data collected by the U.S. Naval Academy, the U.S. Army Research Laboratory (ARL), and the National Institute of Standards and Technology.

Carl Gotzmer, Indian Head’s Chief Scientist, says that even mentioning “cold fusion” was once considered a “career ender,” but since Indian Head is a government-funded laboratory, they have a bit more freedom to pursue such a controversial topic if there is a possibility of rewarding scientific results.

The Department of Defense (DOD), as a whole, has been interested in LENR research for some time. Previously, the Navy’s LENR research was conducted at Naval Air Weapons Station (NAWS) China Lake and Space and Naval Warfare Systems Command (SPAWAR) Systems Center - Pacific. According to LENR subject matter expert and author Steven Krivit, SPAWAR “produced some of the most interesting experiments and observations in the field and published more LENR papers in mainstream journals than any U.S. LENR group.” SPAWAR’s LENR research was terminated in 2011.

Just two years prior, the Defense Intelligence Agency (DIA) published a report on LENR research which stated that based on the available scientific data from around the world, "nuclear reactions may be occurring under conditions not previously believed possible." The report states that Italy and Japan lead international research on the topic, and that the stigma associated with the topic in the United States means that most of the information surrounding LENR is presented at international conferences, with U.S. data in the hands of foreign scientists.

DIA ultimately concluded in 2009 that "if nuclear reactions in LENR experiments are real and controllable, whoever produces the first commercialized LENR power source could revolutionize energy production and storage for the future" and that "the potential applications of this phenomenon, if commercialized, are unlimited." The report goes on to state that LENR could lead to batteries that last for decades, revolutionizing power for sensors and military operations in remote areas and/or space, and that "the military potential of such high-energy-density power sources is enormous," potentially leading to "the greatest transformation of the battlefield for U.S. forces since the transition from horsepower to gasoline power."

New forms of energy production and storage are of key interest to the DOD. Energy and fuel needs are one of the most significant logistical challenges for military operations in remote locations or areas of conflict where establishing supply chain infrastructure can be a major challenge. The DOD is looking at a variety of new forms of energy production, from modular solar energy units, developing miniaturized nuclear reactors, and even beaming solar energy down to the battlefield from satellites in space. In addition, DOD-associated contractors have been touting progress in nuclear fusion technologies in recent years, as have America's peer-state rivals. Clearly, energy has become one of the most pressing topics of defense research and development, and a looming energy revolution has the potential to upset the global power balance in terms of nations' abilities to project their power in conflict zones and remote, contested areas.

According to a story in the September 2018 issue of the U.S. Naval Institute’s Proceeding magazine, LENR research could open up a wide range of new technologies including near-room-temperature superconductors, and new energy-dense power sources that could enable “near-indefinite loiter times” and “facilitate a wide range of subsurface swarm tactics for offensive, defensive, reconnaissance, decoy, or diversionary purposes.” The publication goes on to list several other potentially revolutionary applications for LENR energy sources - if they are ever developed:

Other options abound. LENRs could power and provide operational flexibility for undersea surveillance and could provide increased capability for acoustic tomography. Towed sonar systems could cut their tethers, becoming power-independent of their host ships, able to operate at greater distances to prosecute contacts. Logistics and resupply change dramatically when refueling becomes almost an afterthought.

Autonomous power from LENRs could provide the opportunity to explore intermittent use of active acoustics to supplement passive acoustic sensing. It could power next-generation listening posts for signals intelligence applications or provide a way to create ubiquitous sensor nets to monitor the maritime domain.

In near-Earth orbit, applications could include onboard power, space propulsion, and sustained orbital repositioning capability. Space propulsion thrust requires reaction mass, but a LENR-based system could produce extended thrust at high efficiencies by separating the energy source from the propellant mass.

The author, listed in the publication as an employee of Naval Sea Systems Command (NAVSEA), writes that "failure to thoroughly evaluate and develop LENR and its by-products risks missing a window of opportunity for establishing an early foothold and first-mover advantage in a disruptive technology with direct value to the Navy, as well as military, strategic and geopolitical implications. Radical innovations invariably fall outside existing development efforts. Their unfamiliarity can cause strong, sustained, systemic pushback. The Navy has encountered this pushback on many occasions: when steam displaced sail, when coal gave way to oil, and oil to diesel electric; when wooden ships gave way to ironclads, battleships gave way to aircraft carriers, and when conventional forms of propulsion yielded to nuclear."

That wording would seem to eerily echo a statement given by then-Chief of Naval Operations Adm. John Richardson in 2017, who told reporters "My sense is that we’re on the dawn of something very substantial in terms of naval warfare. Something as substantial as the transition from sail to steam, as the transition from wood to ironclad, as substantial as the advent of nuclear propulsion in terms of what it means for naval power.” Richardson has yet to clarify his comments.

The Office of the Assistant Secretary of Defense for Research and Engineering (ASD R&E) recommended as recently as 2016 that the Secretary of Defense present a briefing on the “military utility of recent U.S. industrial base LENR advancements to the House Committee on Armed Services.” The Defense Threat Reduction Agency (DTRA) took a serious look at the topic in 2006 and again ten years later, writing in 2016 that “there are indications that the field of LENR is slowly gaining acceptance,” and that “both SPAWAR HQ and SSC-Pacific say that the phenomenon is real and that it is nuclear in nature.” That report concluded that “additional research is needed to determine the mechanism by which low energy nuclear reactions occur.” While the DTRA's main purpose is to counter and deter the proliferation or mishandling of weapons of mass destruction, a large part of DTRA's mission as stated on their website is to "anticipate and understand future threat networks" and "understand basic revolutionary sciences and battlespace changing technologies." It's clear, then, why such a potentially game-changing technology as LENR would fall under their purview given how revolutionary the Navy, DTRA, and DIA describe it to be.

NSWC Indian Head plans to publish their initial results on their LENR experiments and reviews of data by the end of the year. The War Zone will follow these developments and update our reporting as more information is published. 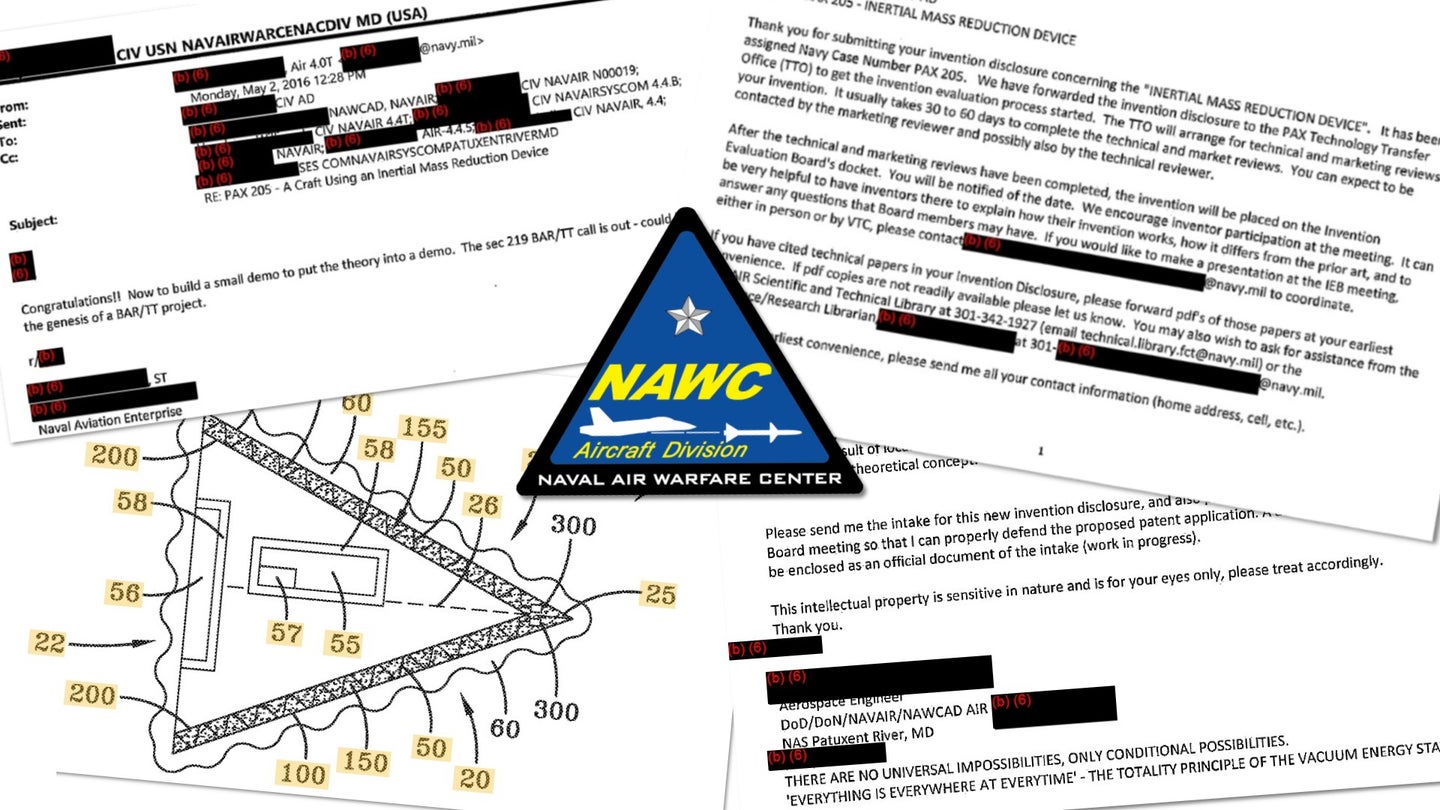 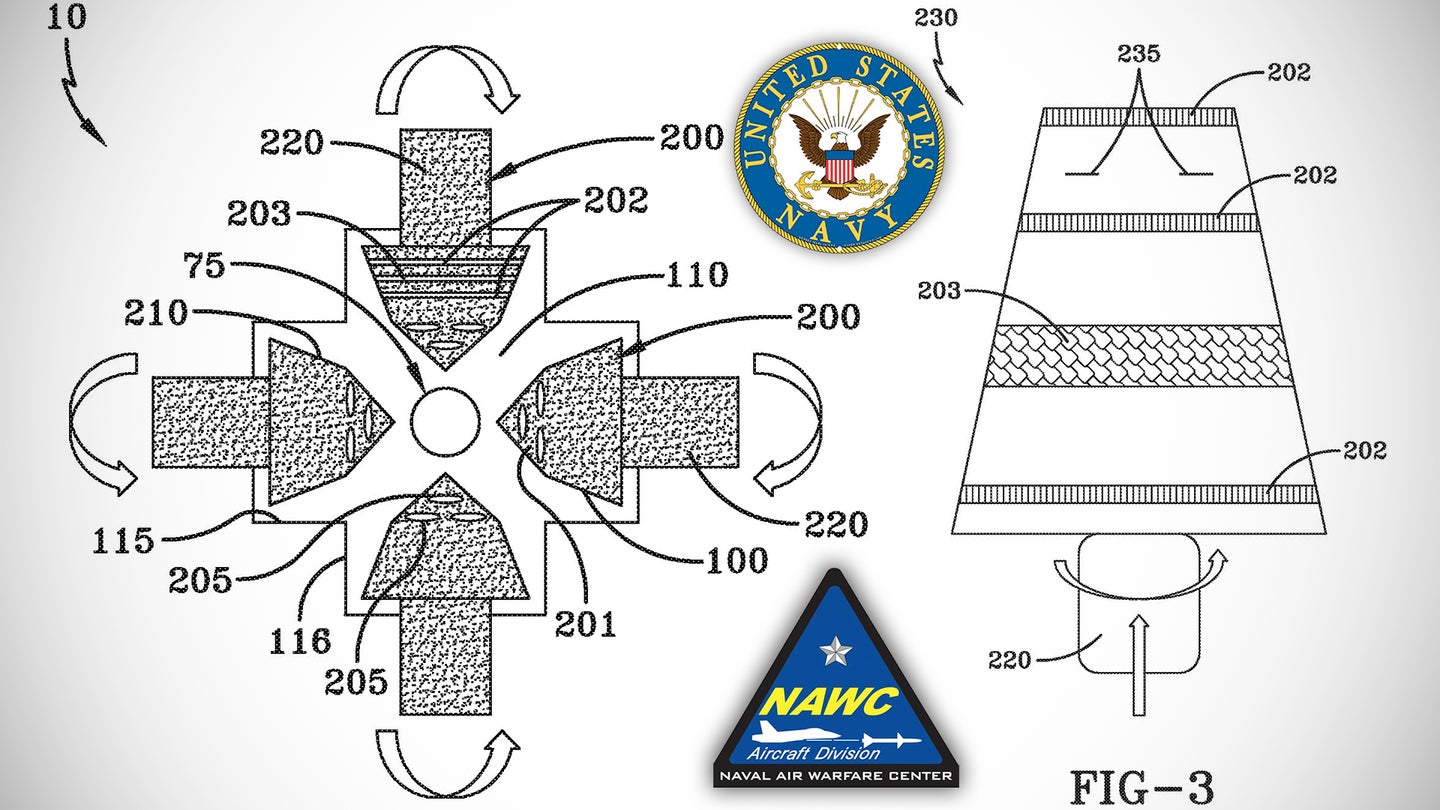 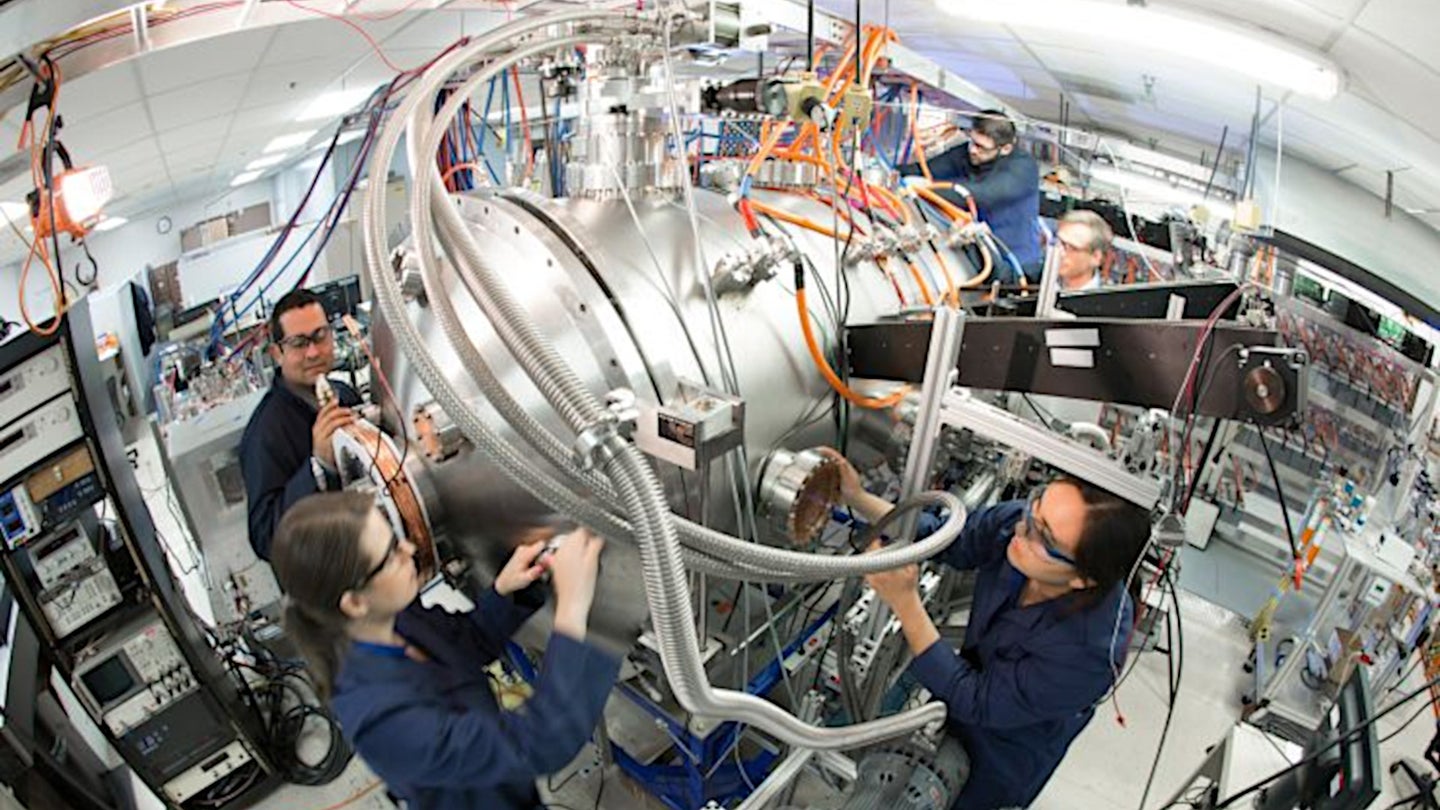