Commercially provided daytime-capable telescopes will help give advance warning of attacks on US satellites around the clock.

The U.S. Space Force, the U.S. military’s newest branch, will be making use of new ground-based telescopes to keep watch on objects in orbit during the daytime, offering a key advantage over existing technologies that typically operate at night. Once installed, the six telescopes will be able to observe objects more than 22,000 miles distant and could give warnings of space-based anti-satellite weapons maneuvering toward US satellites, for example.

The telescopes and related technology are being provided by Numerica, a Colorado-based start-up that already operates various ground-based telescopes. SpaceNews

reported on the development, noting that the firm funded the technology for this latest venture using $3 million provided by the U.S. Air Force. The first $750,000 of this was won as a Small Business Innovation Research award during a 2019 pitch-day event hosted by the Air Force, as the service sought to attract space industry enterprises to the military sector. The remaining funds were then provided to fully mature the technology.

The six new daytime telescopes are being installed in Colorado as well as at locations in Australia and Spain, Todd Brost, the director of special projects at Numerica, confirmed to SpaceNews.

Interference from sunlight makes telescope tracking of space objects a difficult challenge and one that has, traditionally, required large and expensive telescopes to address. Numerica has been a pioneer in developing telescopes to provide daytime commercial tracking services of satellites, ensuring that these objects can be pinpointed around the clock, and not just in the hours of darkness. The company says its telescopes use “high-speed shortwave infrared cameras, customized optics, and advanced algorithms” to observe Earth-orbiting satellites. In the process, the company claims, these telescopes are not only becoming increasingly autonomous but also cheaper to operate.

“The greatest interest from the government side,” Brost said, “is maintaining custody of high-interest objects for longer periods of time so you know whether they maneuver, or if they’re doing something unusual.”

The ability to watch satellites at all times obviously has significant implications for the military, especially amid confirmation from the Space Force last summer that Russia had conducted two on-orbit anti-satellite weapon tests in the previous three years. There have also been other instances of unusual activity relating to Russian satellites, including so-called “inspector” satellites able to deploy other satellites themselves, and apparently dubbed “nesting doll” satellites by the U.S. military, which you can read more about here.

Last year the U.S. military expressed concern about a Russian inspector satellite that appeared to be shadowing an American KH-11 spy satellite.

For its part, Russia insists that its inspector satellites are intended to get close to the country’s other space-based systems, to examine them if they break down or otherwise malfunction. These kinds of craft are also notably small and highly maneuverable, making their detection harder. However, using these telescopes, the service could be able to keep an eye on any satellites approaching their U.S. counterparts, perhaps with the intent to disrupt or destroy them, or otherwise to spy on them.

Increasingly, it appears, Moscow is at least testing technology and concepts that would provide it with the means of disrupting or destroying other space-based platforms, whether by a kinetic attack, electronic warfare jamming, or even a high-powered microwave beam.

As well as the inspector satellites in the Cosmos family, other Russian satellites have also performed suspicious movements in recent years. According to the Center for Strategic and Internal Studies (CSIS), last year the Luch military communication satellite maneuvered next to seven other satellites, including examples originating from Europe, the U.S., and commercial Asian operators. “Though these orbital maneuvers are no longer rare for this particular satellite, the vast majority of satellites that operate in [geostationary orbit] are stationary, which makes the activity of Luch highly unusual year after year,” CSIS stated in its latest report on the topic.

The kind of capability offered by these new ground-based telescopes could be very useful for the Space Force. Above all, keeping an eye on the movements of suspicious satellites from Russia or elsewhere would be a top priority for the U.S. military, in order to protect its own space-based assets.

The critical importance of satellites to the U.S. military is hard to overstate, with these providing a whole range of capabilities including early warning, intelligence gathering, communications and data-sharing, navigation and weapons guidance, and others. As such, during (or in advance of) a large-scale conflict, they would be prime targets for potential enemies capable of combatting them, of which Russia is the most capable in the space domain.

Russia, however, is not the only power with access to various anti-satellite systems. China, and other countries, too, are also working on ground-based and air-launched interceptors and directed-energy weapons.

The new telescopes will be owned and operated by Numerica, but all imagery and data gathered will be made available to the Space Force. Brost also told SpaceNews that, in the future, building sites for the exclusive use of the military could also be a prospect, with “discussions” now underway between the company and the Pentagon.

Brost confirmed to SpaceNews that a prototype telescope system is already tracking active satellites in the middle of the day “pretty consistently.” Next, the company will combine the imagery from its daytime telescopes with that from nighttime sensors to provide a complete picture.

Intriguingly, Brost also observed that, by using his company’s telescopes, the Space Force may also be able to secure imagery from locations that would otherwise be beyond its reach, perhaps for political or geostrategic reasons. “A couple of our sites that we’re looking at are in places that it’d be very doubtful that the U.S. government could put sites there,” Brost admitted. Currently, Numerica has more than 130 optical sensors of different types at more than 20 locations worldwide.

Wherever these daytime telescopes are ultimately located, it all points to the Space Force looking to establish a satellite tracking sensor network that draws upon both military and commercial assets and technology and which is increasingly distributed. Recently, the Space Force also announced that its Space Surveillance Telescope (SST), pictured at the top of this article, had achieved “first light” after its move from White Sands Missile Range, New Mexico, to Harold E. Holt Naval Communications Station in Western Australia. The SST is part of the U.S. Space Surveillance Network, into which data is also fed by various radars.

Space Force also has additional space-surveillance radars as part of its $1.5-billion Space Fence system. Located on Kwajalein Island in the Republic of the Marshall Islands, the Space Fence became operational just over a year ago and its radar data would be fused with telescope imagery as part of round-the-clock space surveillance operations. This system also helped fill a general gap left by the decision to shutter the older Cold War-era Air Force Space Surveillance System (AFSSS), also known colloquially as Space Fence, in 2013.

This latest deal with Numerica also underscores the increasing interest across the U.S. military in leveraging private companies’ capabilities with regards to space operations to increase capacity in various areas, including communications.

The use of the Numerica telescope network is also further evidence that the Space Force is increasingly positioning itself as a critical strategic actor in any potential future confrontation with a sophisticated enemy with access to space. To start with, the service will be expected to keep a close and constant watch on what other countries are doing in space, and the Numerica telescopes look like they could be a capable — and affordable — step in that direction. 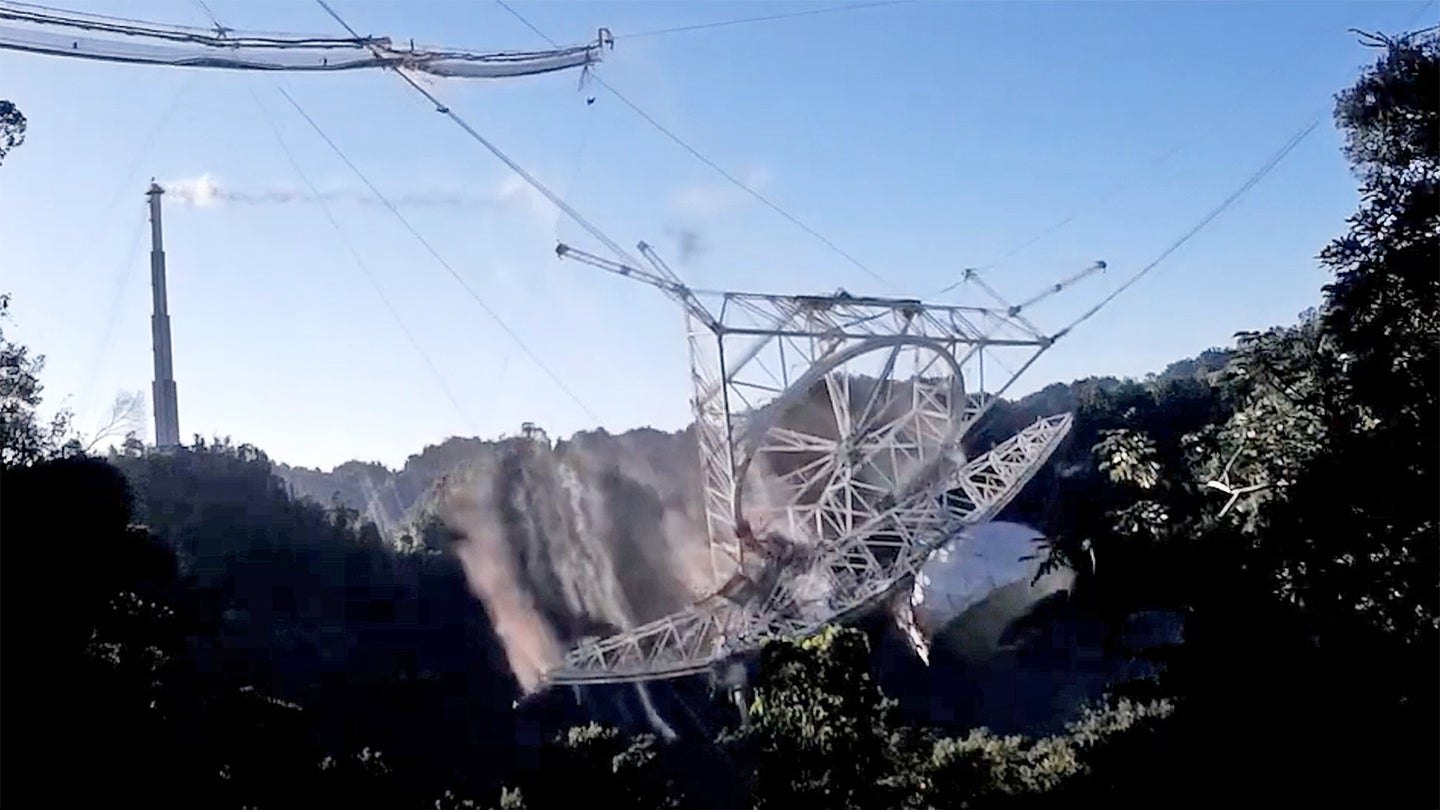 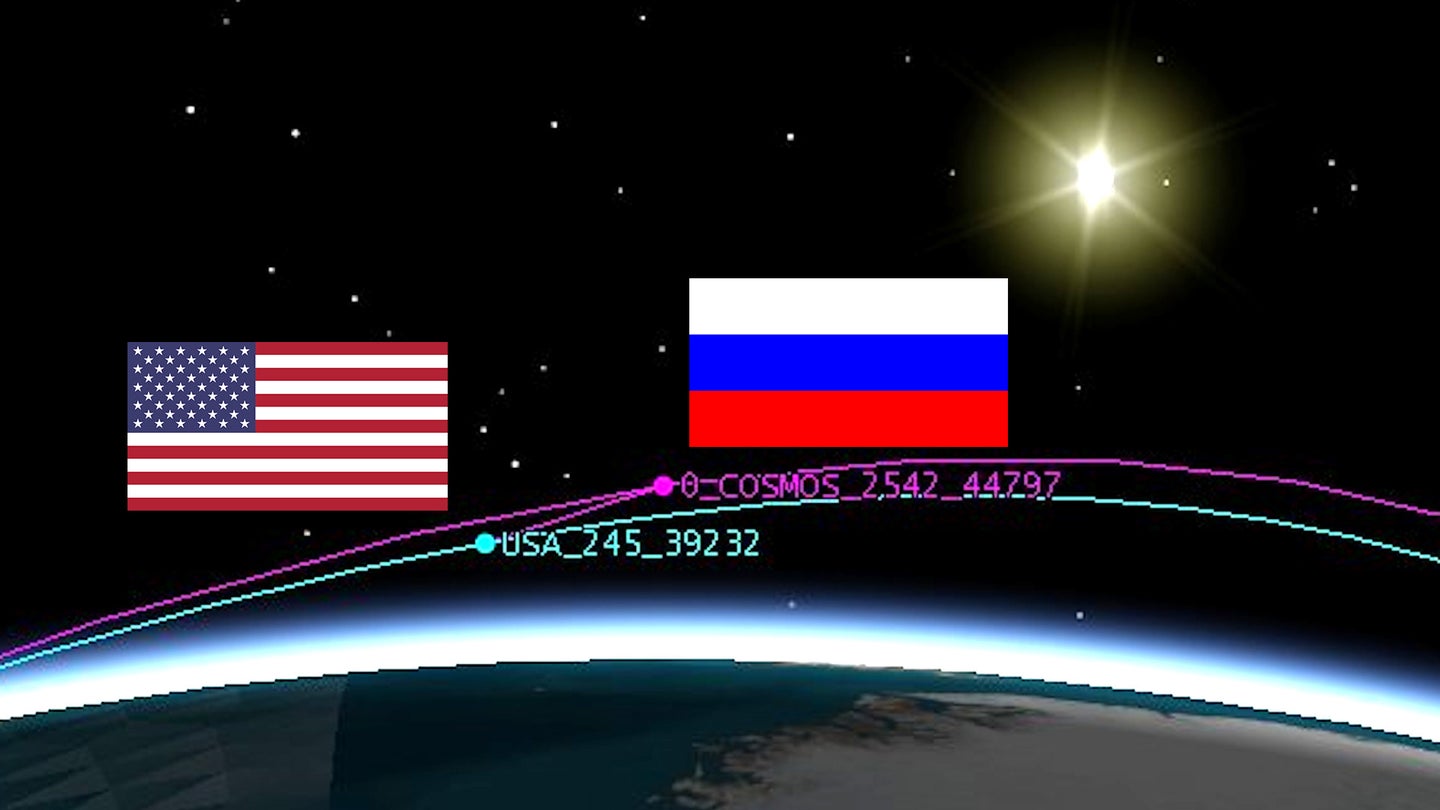