Trials of a 3D-printed replacement part aboard a Gripen fighter could pave the way to a new concept of battle damage repair for combat aircraft.

Swedish defense and security firm Saab has begun flight-testing of 3D-printed parts on its Gripen multirole fighter as part of a battlefield damage repair trial. Starting with a single exterior hatch on the jet, the company is confident that rapidly produced spare parts will eventually be able to allow battle damage to be temporarily fixed while these aircraft are deployed at remote locations, ensuring a high operational tempo can be maintained.

Saab announced today that it has already completed a first test flight with a 3D-printed replacement exterior part. The trial at the company’s Linköping airfield on March 19 involved a two-seat Saab JAS 39D Gripen fighter with a replacement hatch fitted on the rear fuselage. Made of a nylon polymer called PA2200, the part was furnished using “additive manufacturing” — better known as 3D printing.

Saab has utilized 3D printing to produce parts for its aircraft in the past, but never for an exterior part like this. Meanwhile, the company’s Additive Manufacturing Group has been exploring the possibilities for 3D-printed parts in these kinds of battlefield damage repair scenarios for four years.

“Post-flight initial inspection of the hatch was very positive and showed no visual structural changes had occurred from the flight,” said Håkan Stake, contract manager for support to Gripen C/D, and manager of the development project.

“The potential of this approach means that maintenance personnel in the field can get access to individually fitted spare parts and you no longer have to resort to emergency fixes nor cannibalize other broken-down aircraft for their parts, while also further reducing the small number of parts brought on a deployment,” Stake added. “This also reduces the operational time lost in repairs.”

In an operational scenario, the idea is that, with only minimal infrastructure and resources available, a replacement part could be scanned on-site — even at a dispersed airfield or austere highway strip — and then quickly printed, as an exact replica of the original, and attached to the jet. In this way, different types of battlefield damage could be addressed without the need to bring huge quantities of spares out “into the field,” reducing the deployed footprint.

That could provide a huge advantage when deploying quickly to an unfamiliar location, whether for an exercise or a combat operation. In particular, structural parts take up considerable volume, most of which could be saved by shifting to a 3D-printed spare parts model.

For example, the hatch used in the initial flight trials is repeatedly used to access parts of the chaff and flare countermeasures system on the Gripen and is prone to damage even in daily use. From a 3D printing perspective, this wasn’t the hardest item to print, but it proved the possibility of scanning an item without access to 3D modeling, fitting it to the aircraft, then taking to the air for another mission.

Before the Gripen could fly with the hatch fitted, the component itself had to be exhaustively tested, to prove its strength and resilience to temperature. Meanwhile, multiple suction tests demonstrated that it would remain safely attached to the aircraft and not come adrift. While the Gripen has not flown supersonically with the hatch attached, officials from Saab’s Additive Manufacturing Group say they think this would be entirely possible.

Saab officials stressed that the latest test is a proof of concept for the PA2200 polymer, but they think that other materials could be utilized for the same type of battlefield damage repairs, too, and also that larger parts could be produced, up to 3 x 3 meters, compared to the 60 x 60 centimeters possible today. After all, the new-generation Gripen E that’s in production for Brazil and Sweden already uses titanium structural parts that are made using 3D printing.

Using other materials in the process also opens up the path to creating more complex parts, too. That could even extend into flight-critical parts, too, such as a Gripen elevon or canard foreplane. That, however, would require a more extensive program of testing to prove the strength and resilience of the end product.

Overall, though, the potential benefits of this technology would seem to far outweigh the time and effort required to approve them for operational use. Not only does Saab expect 3D printing to reduce the total weight of the items being replicated, but also to trim production lead times, and even reduce cost by up to 60 percent. The company says it has already proven this using a 3D-printed version of a still-classified “highly complex airborne subsystem.”

Saab told The War Zone that established Gripen customers see huge potential for 3D battlefield damage repair but would not name the particular countries that have expressed an interest. But with dispersed operations in mind, the company has come up with a container-based 3D “printshop” that could be taken on operations, like the highway exercises that the Swedish Air Force regularly practices. Under this concept, ordinary highways become austere operational airstrips, to serve as a complement to wartime main and reserve airbases.

While the first test used a scan-print-fit approach, it might not always be possible to accurately scan a part that’s too badly damaged or perhaps missing altogether. In that scenario, a “print on demand” model might be used instead, with the required part called up from a database and then printed in the containerized workshop.

The company is also still assessing just how resilient different kinds of replacement parts need to be. It might be that a 3D-printed replacement item only needs to be cleared for 10 to 15 flights, or maybe just one, keeping the aircraft in the mission loop while waiting for a factory-made replacement to arrive. That, in turn, would speed up the path to operational clearance for such parts.

Saab’s first tentative steps into this kind of high-tech battlefield damage repair are focusing on parts likely to be damaged by handling or become worn out in everyday use. Before this kind of capability can be deployed in an operational scenario, additional testing is required.

But it’s easy to see that, ultimately, the same kinds of techniques being pioneered here could be used to repair an aircraft returning to base with damage inflicted by enemy forces, too. Aircraft expected to work in particularly high-threat environments like the U.S. Air Force’s A-10 Thunderbolt II or various attack helicopters would appear to be obvious candidates for this kind of technology, were it to become more widely available.

While that may be some way in the future, the prospect of being able to produce spares on-site, at remote locations, is one that clearly has significant implications for air arms deployed away from their home bases for any length of time. 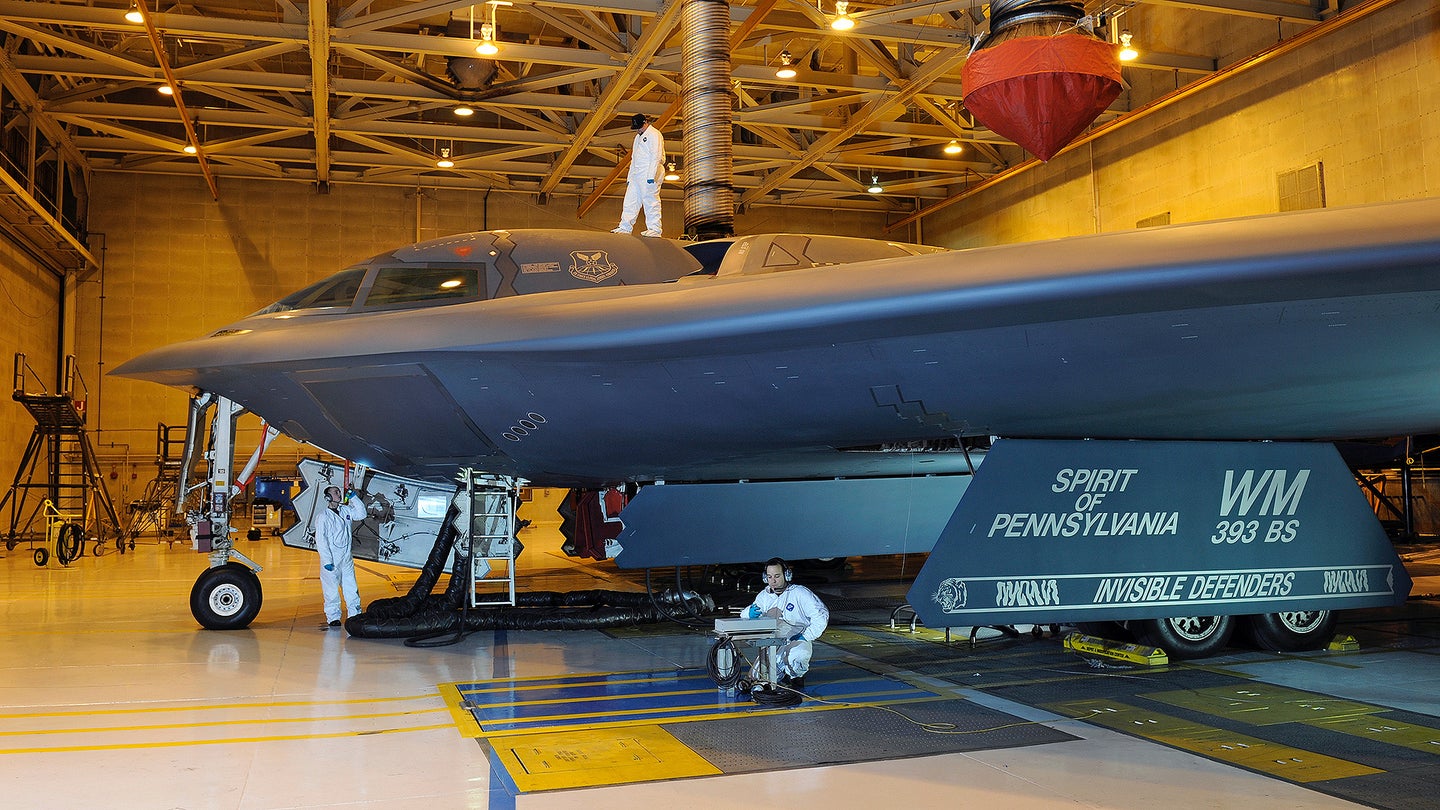 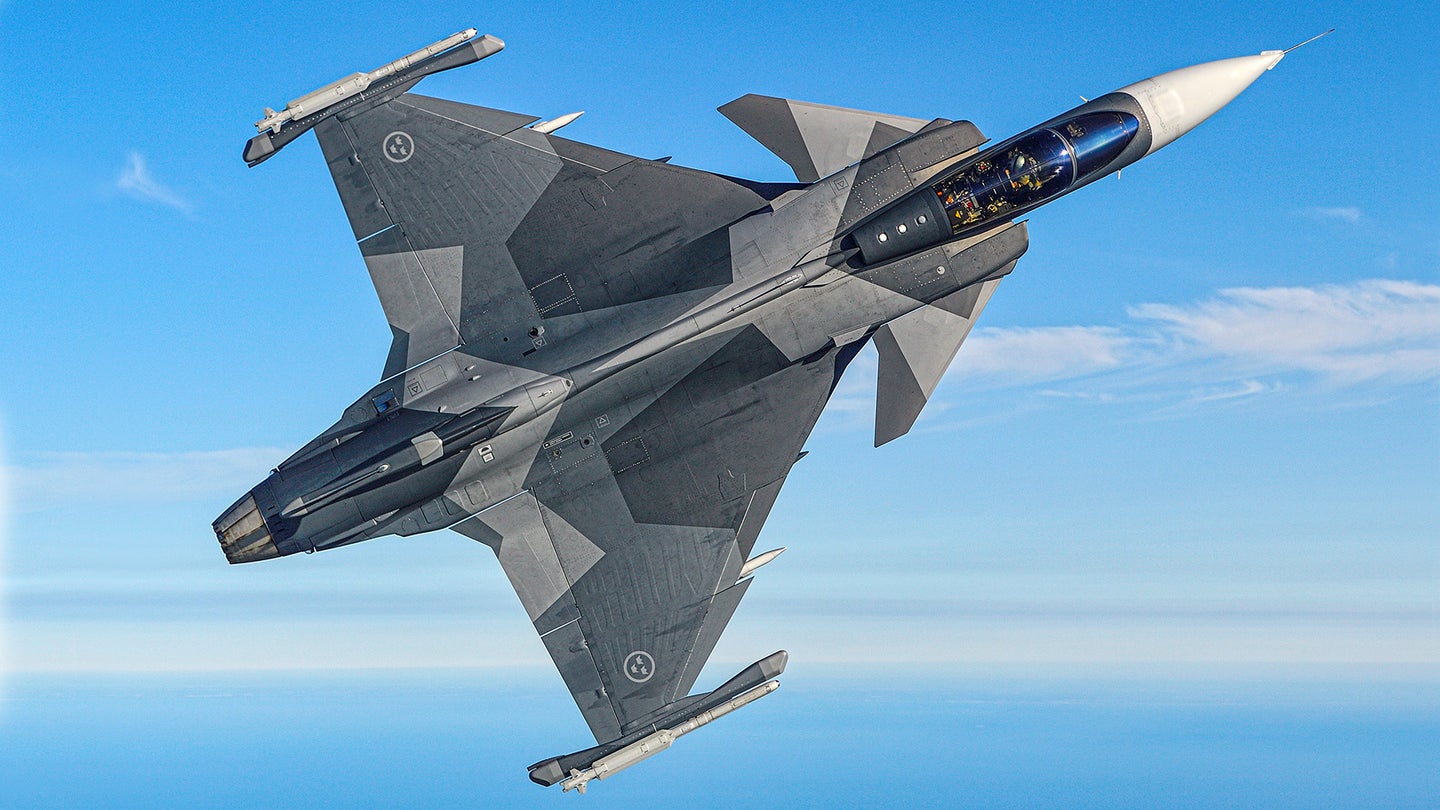 Sweden took an evolutionary approach for its next fighter, carefully picking the features that would make it not just relevant, but also affordable. 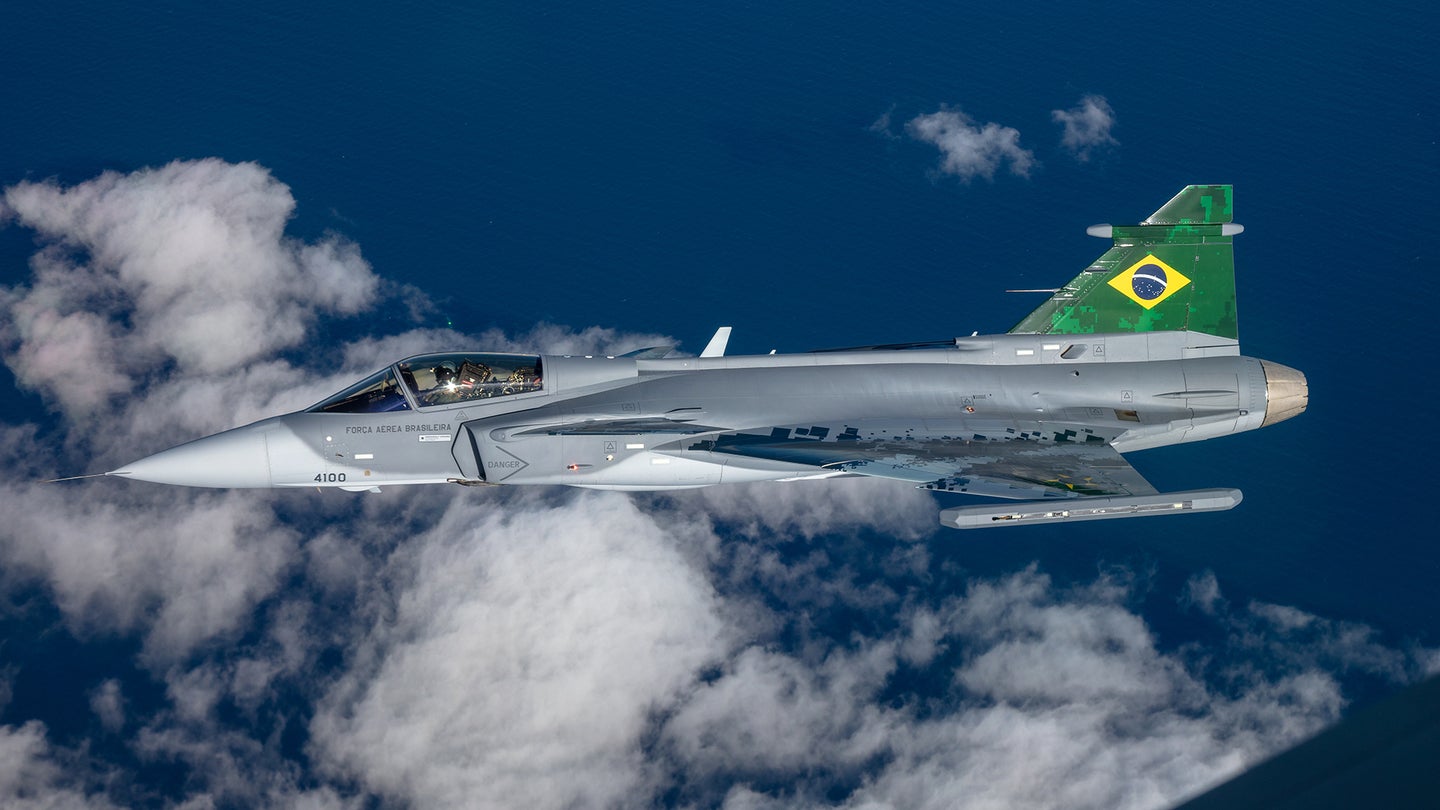