On average, $3.4M was spent fixing each T-1. The aircraft aren’t worth anywhere near that and are set to be retired in the coming years. 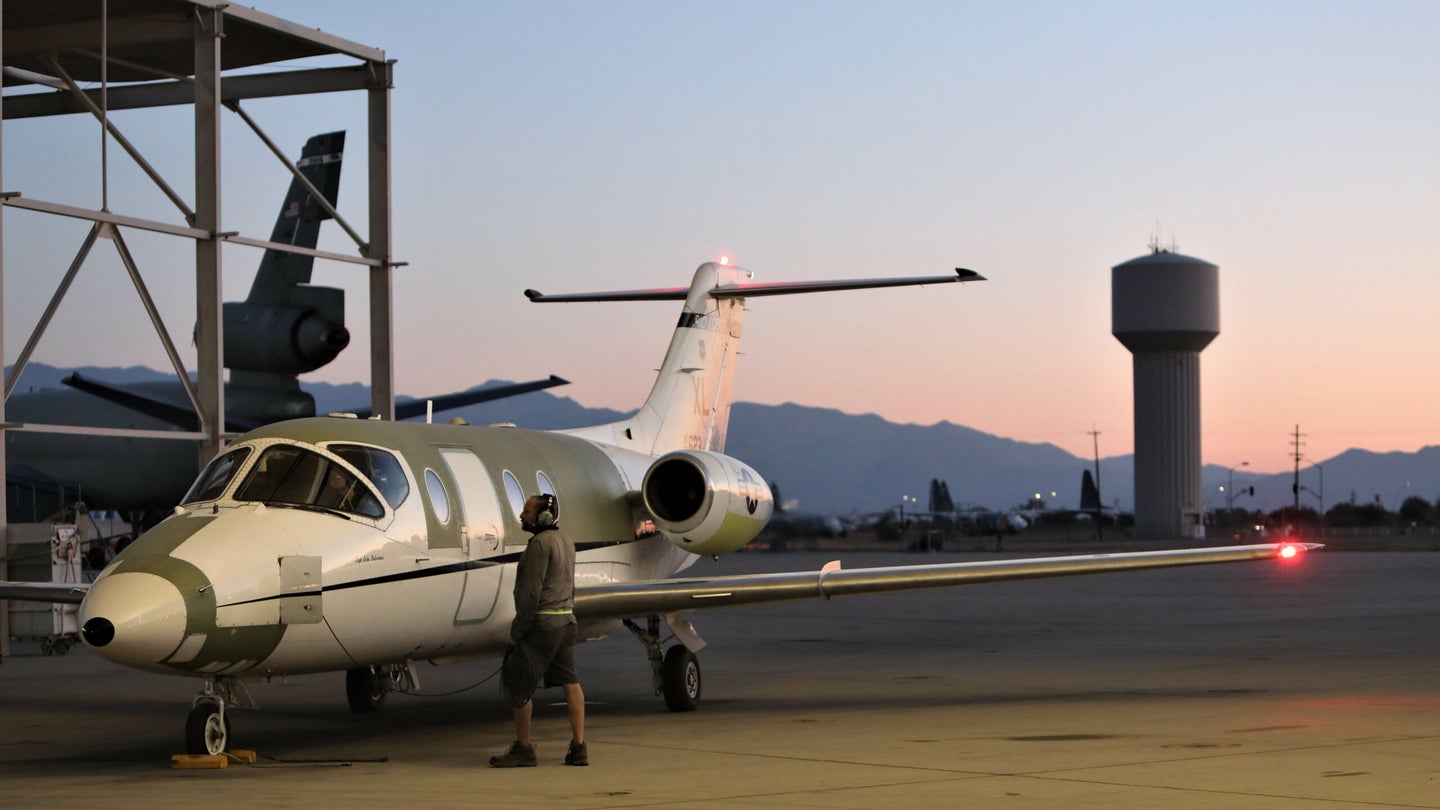 The U.S. Air Force invested $134 million in repairs for 39 T-1A Jayhawk twin-engine jet trainers grounded after being severely damaged in a Texan hailstorm. That’s an average of $3.4 million per jet, part of a fleet of aircraft that the service is planning to retire in 2025.

While the Jayhawks from the 47th Flying Training Wing were damaged when the hailstorm struck their Laughlin Air Force Base home in February 2016, the Air Force announced today that the last of the jets was repaired and then returned to service last December.

Air Education and Training Command (AETC) called upon the Mobility and Training Aircraft Directorate to repair the planes and get them back into service.

“We deployed a team to Laughlin AFB, Texas to do a site survey, and we determined that the damaged aircraft would have to be sent to a depot-like facility to be repaired,” said Herman Brandon, Chief, Specialized Trainer Aircraft Branch, part of the directorate’s Legacy Trainer Aircraft Division. “From there, we established two repair lines which we knew would expedite getting the aircraft back into service.”

The two repair lines were at an L3 Harris facility in Waco, Texas, and at the 309th Aerospace Maintenance and Regeneration Group (AMARG) at Davis-Monthan Air Force Base, Arizona. The latter facility required special certification to repair commercial-derivative aircraft, the T-1A being a military version of the Beech 400A. It has been in use with the Air Force since 1993 and features some structural enhancements and an extra fuel tank, among other small modifications, for its role as a military trainer.

The first Jayhawk from an initial batch of 11 arrived at the 309th AMARG from Laughlin AFB on August 1, 2017. Plans called for the remaining aircraft will cycle in and out of the AMARG over the following year.

The initial concern was around the major external damage caused by the hailstones, with depot-level skin replacement expected to comprise the bulk of the repair work. However, more thorough inspections revealed many more problems.

“If you ever watched [the home improvement T.V. series] This Old House, well that’s what these aircraft were like,” Brandon added. “Once we removed the skins, we found additional over and above work was required.”

Among the other items that needed to be addressed were copper corrosion in some of the aircraft, repairing frame cracks, and undisclosed “pressurization challenges.”

Clearly, the work was important to bring the 47th Flying Training Wing back up to speed in their syllabus, which involves advanced training for students identified to go into airlift, tanker, or command-and-control aircraft. Having 39 aircraft sidelined from a fleet of 178 had an adverse effect on aircraft availability.

However, $134 million is an immense expenditure of resources relative to the aircraft. While we can’t say for sure the exact cost for each jet, the average of $3.4 million is well over the threshold of $2.5 million that the Department of Defense defines as a Class A mishap — a major aviation accident.

After all, a second-hand Beech 400A is relatively cheap to acquire and even a totally refurbished and upgraded example with new engines and advanced avionics—basically a brand new jet—isn’t much more than the price of the repairs.

Currently, the most expensive Model 400A with its price listed on Controller.com would cost $1.39 million. Meanwhile, the cheapest Model 400A listed is priced at $590,000.

Looking at other high-end options, Nextant Aerospace offers the remanufactured Model 400XTi, with Williams FJ44-3AP engines and Rockwell Collins Pro Line 21 integrated flight deck. Even one of these nearly brand new jets can apparently be picked up for $2.3 million used or just under $4 million new.

The significant cost of the repairs is even more surprising given the fact that the Air Force plans to do away with the Jayhawk altogether before too long.

Last August it was reported that the Air Force planned to phase out the trainers between fiscal 2023 and 2025. Instead, Air Education and Training Command will rely on a simulator-only syllabus for its new-look Air Mobility Fundamentals course.

Beyond, that, it’s likely only a handful of the jets will remain in use with the 12th Flying Training Wing at Naval Air Station Pensacola, Florida, to train combat systems officers.

The hailstorm at Laughlin Air Force Base in February 2016 joins an inauspicious list of significant damage done to Air Force aircraft and installations by extreme weather events in recent years. In June 2017, a tornado ripped through Offutt Air Force Base in Nebraska, home of Strategic Command, resulting in two of the Air Force’s four E-4B National Airborne Operations Centers being damaged. Other examples include Hurricane Michael, which made a direct hit on Tyndall Air Force Base, Florida, in October 2018, leaving immense destruction in its wake. Another tornado hit tore through the Dayton, Ohio area in May 2019, home to Wright-Patterson Air Force Base, damaging dozens of houses in one of the base’s residential areas.

As for the Jayhawks, while it’s possible the plan to retire them may not have been on anyone’s radar when the decision to repair the damaged aircraft was taken, it still seems remarkable that such a costly project was continued even after the full scope of the damage became clear. What’s more, the Air Force also spent around $156 million upgrading T-1A avionics in 2018.

It can only be hoped that the Air Force gets the most value out of these training jets in what might be only a brief swansong in service. After that, it might be these renovated Jayhawks get sold off to commercial and private operators at rock-bottom prices.