An F-22 Raptor stealth fighter suffered a nose gear failure at Eglin Air Force Base in Florida earlier today. The pilot, who landed the plane after suffering an unspecified in-flight emergency, was subsequently taken a medical facility on base to be evaluated, but their exact status is unclear.

The mishap occurred at around 3:30 PM local time and an investigation is underway into the exact cause or causes, according to a press release from the 96th Test Wing, the main unit at Eglin. The F-22 involved in the accident was assigned to the 325th Fighter Wing, which is technically based at Tyndall Air Force Base, also in Florida. However, the 325th's Raptors have been flying from Eglin, as well as other bases around the country, since Hurricane Michael devastated Tyndall in 2018.

"The F-22 experienced an in-flight emergency," the press release from the 96th Test Wing read, according to Northwest Florida Daily News. "The aircraft landed safely. There was one person on board. Fire crews responded immediately and the pilot was transported to flight medicine for an evaluation."

A picture reportedly showing the jet nose down on the runway with its canopy open, along with two crash trucks behind it, subsequently emerged on the unofficial "Air Force amn/nco/snco" Facebook page. This comes nearly two months after another F-22 suffered a very similar-sounding mishap due to an unspecified landing gear issue at Langley Air Force Base in Virginia.

This is not the first mishap an F-22 has suffered since the jets began flying out of Eglin in the aftermath of Hurricane Michael. In May 2020, one of the 325th's Raptors crashed near the base. The pilot was, thankfully, able to safely eject.

It's also not the first time an F-22 has suffered a mishap that has involved its fuselage scraping against the ground. In two separate incidents in 2018, one at Naval Air Station Fallon in Nevada and one at Elmendorf Air Force Base in Alaska, Raptors ended up belly up on the runway. That same year another one of the fighters suffered a catastrophic engine failure while flying out of Tyndall.

If the photo now circulating on social media does show the F-22 involved in this latest mishap, it thankfully does not appear to be a total loss. The Air Force only has a total of around 185 of these stealthy jets, 125 or so of which are combat-coded at any given time. The remaining jets are tasked with training or test and evaluation duties. Many of these jets would require extensive upgrades to make them as capable as their combat-coded counterparts

Still, even a nose gear failure can lead to damage that is expensive and time-consuming to fix on these jets due to their specialized skin coatings, heavy use of specialized composite materials, and complex internal structures, all of which help them maintain their stealthy signatures. The cost to repair an F-22 involved in another incident in 2012 in which the jet went skidding along the runway at Tyndall was eventually pegged at $35 million.

Hopefully, the damage to this particular aircraft will turn out to be less severe. 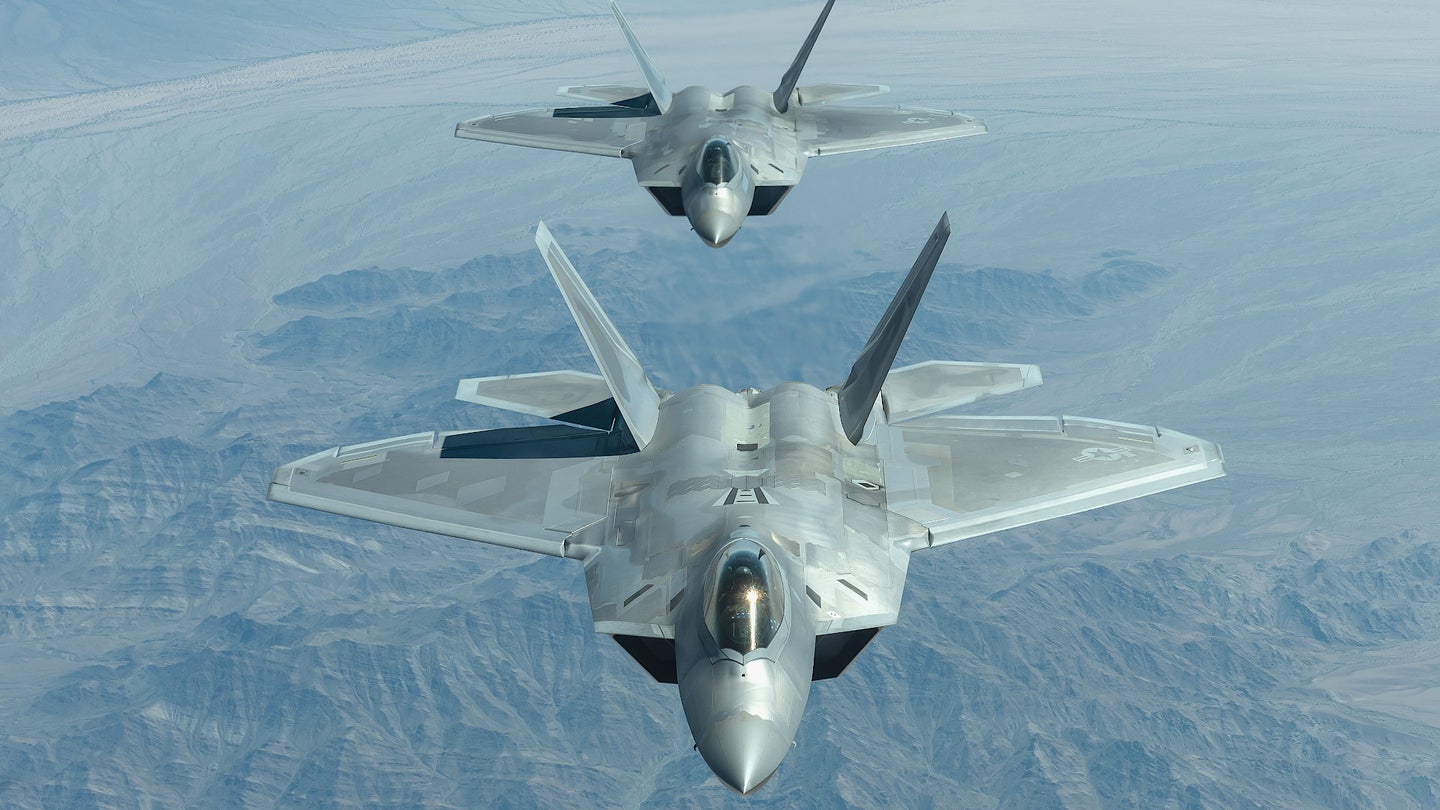 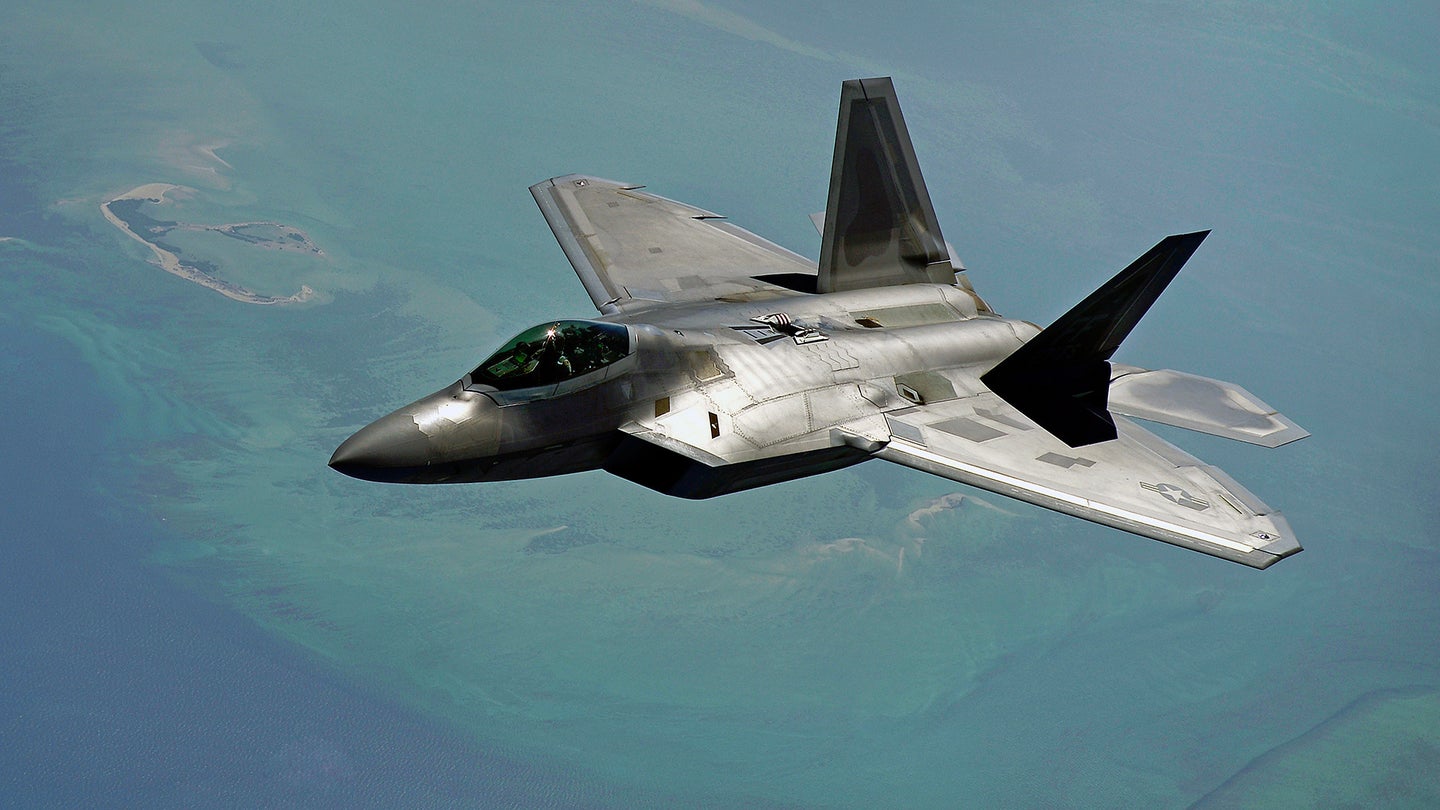 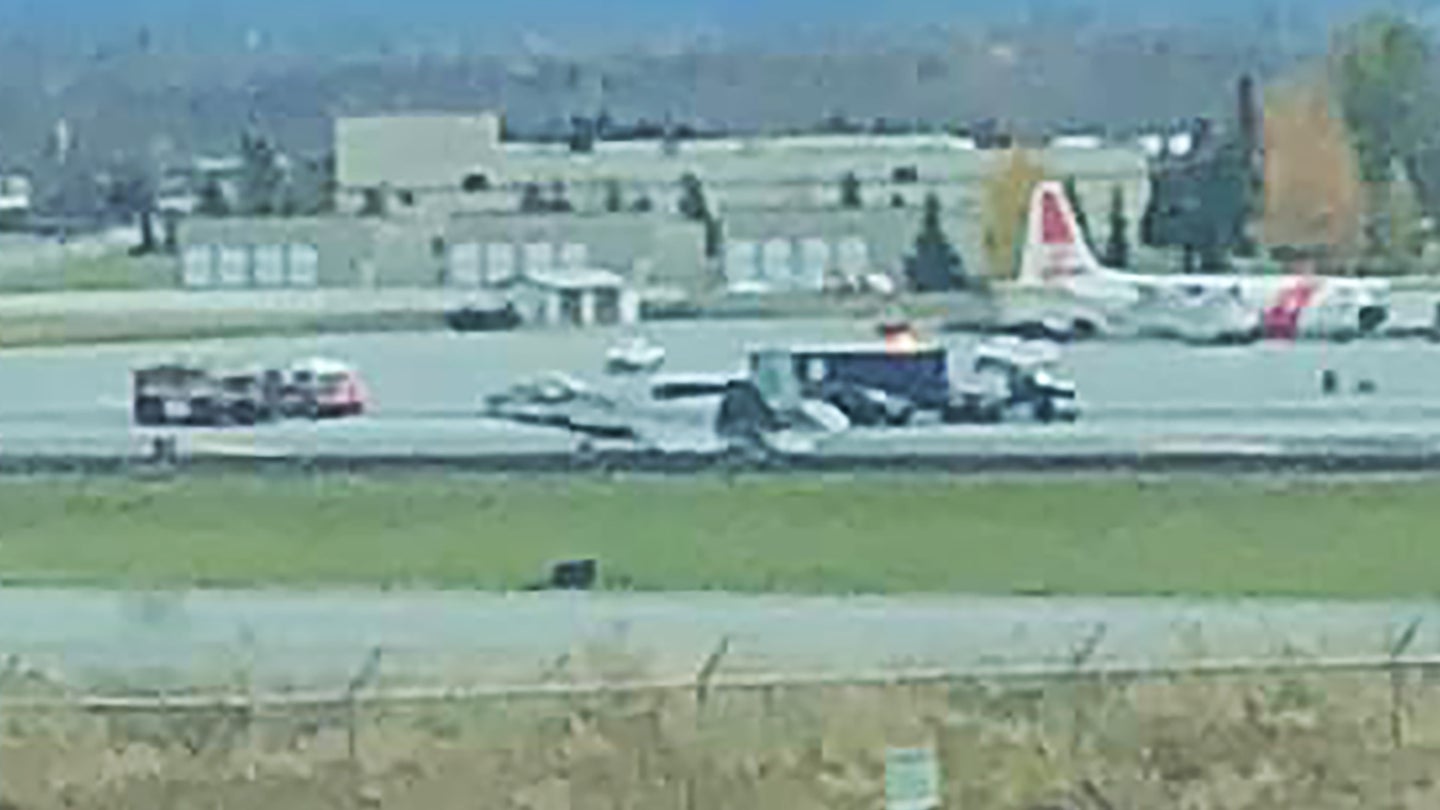