Late last week, a curious alert appeared in the Federal Aviation Administration's database of Notices to Airman, or NOTAMs, which, among other things, alerts aviators to chunks of airspace that are temporarily off-limits. The details strongly point to the comings or goings of a high-flying aircraft between either Area 51, also known as Groom Lake, or the Tonopah Test Range Airport, two of the U.S. military's most closely-guarded flight test facilities, and the Pacific Ocean to the southwest of San Francisco, California.

The NOTAM, which was first pointed out by users of the Dreamlandresort.com message board, was issued on March 12, 2021, but was only active between 5:45 PM and 8:15 PM local time the following day. This is a very odd time when military aviation training and test activity is usually at a minimum. The notice outlined a path 20 nautical miles wide and 426 miles long at an altitude between Flight Level 450 and Flight Level 600, or 45,000 to 60,000 feet. The exact route, defined by a series of named waypoints, can be plotted using tools available on the website ForeFlight, as seen below.

If one starts in the west, the route consists of a stretch 104 nautical miles long between the Pacific Ocean and the waters southwest of San Francisco. The next leg runs 54 miles south to an area just west of Monterey, California, before turning inland over a relatively sparsely populated route across California and into western Nevada for the remaining portions.

The flight path ends right at the edge of a parcel of restricted military airspace in Nevada referred to as R-4807A, which is part of the U.S. Air Force's sprawling Nevada Test and Training Range. To the north of R-4807A is R-4809, where Tonopah Test Range (TTR) and its associated airport lie. To it south is R-4808N, inside which sits R-4808A, also known as "The Box." That is the heavily restricted airspace around Area 51.

This restriction is called a stationary ALTRV, standing for Altitude Reservation Approval Request. In this case, it appears to have offered a sanitized bridge between the NTTR and the Pacific for a high-flying aircraft. This aircraft would not have to communicate or turn on its transponder during the flight through the ALTRV. A source familiar with standard air traffic control procedures tells The War Zone the following in regards to such a restriction:

There’s plenty of ops that never talk on the radio or turn on a transponder, they just call on the phone to activate airspace, then call when they’re done, the airspace is protected. The aircraft doesn't need [to] talk or squawk while it is out there.

The route itself is interesting for a number of reasons. It is very similar to ones The War Zone has seen outlined in previous NOTAMs a handful of times in recent years, all transiting between the NTTR and areas off the California coast. The most recent one a number of months ago began from right near Creech AFB and extended over central California and out to sea.

Also of interest is that one airplane tracker recently mentioned to The War Zone that transiting in the vicinity of Monterey was a way secretive aircraft have been moving from desolate ranges in the west out to the Pacific.

All told, these types of temporarily restricted pieces of airspace appear to provide secure, high-altitude corridors between the NTTR, and top-secret facilities within, and various off-shore U.S. military test ranges in the Eastern Pacific. It could also be a way to get a clandestine aircraft outside of the CONUS as efficiently as possible and recover them in a similar manner for long-duration missions that reach far beyond the eastern Pacific.

It's also important to note that an aircraft using the corridor in question does not have to be manned. In fact, such a route could exist because it is an unmanned clandestine asset that needs to transit out to sea as easily as possible. As to what aircraft this could be, the RQ-170 is a possibility. While a test variant has been flying in and out of Palmdale as of late, it does so with a chase aircraft that also communicates, at least in part, for the drone and also escorts it through normal airspace. We also know the RQ-170 has spent a lot of time over the Pacific ranges for testing. The even more shadowy and much larger 'RQ-180' is another possibility, but the truth is, it could be anything with a fairly high ceiling, and it certainly isn't new that secret aircraft use the ranges off the California Coast. In this case, they would be venturing there alone, without a tanker nearby, and even possibly during a time of day when it is still somewhat light out.

Plane spotters who religiously monitor radio chatter around the NTTR for hints about movements to or from sites such as Area 51 and TTR did not hear anything that appeared relevant to movement along that route at that time on air traffic control channels. It is possible the aircraft's mission was scrubbed, or this could very well be a feature of such a mission. In the past, when we saw similar postings, no word ever came of any odd radio traffic or tracking info from spotters.

In other words, the aircraft is probably very good at not being seen or heard. 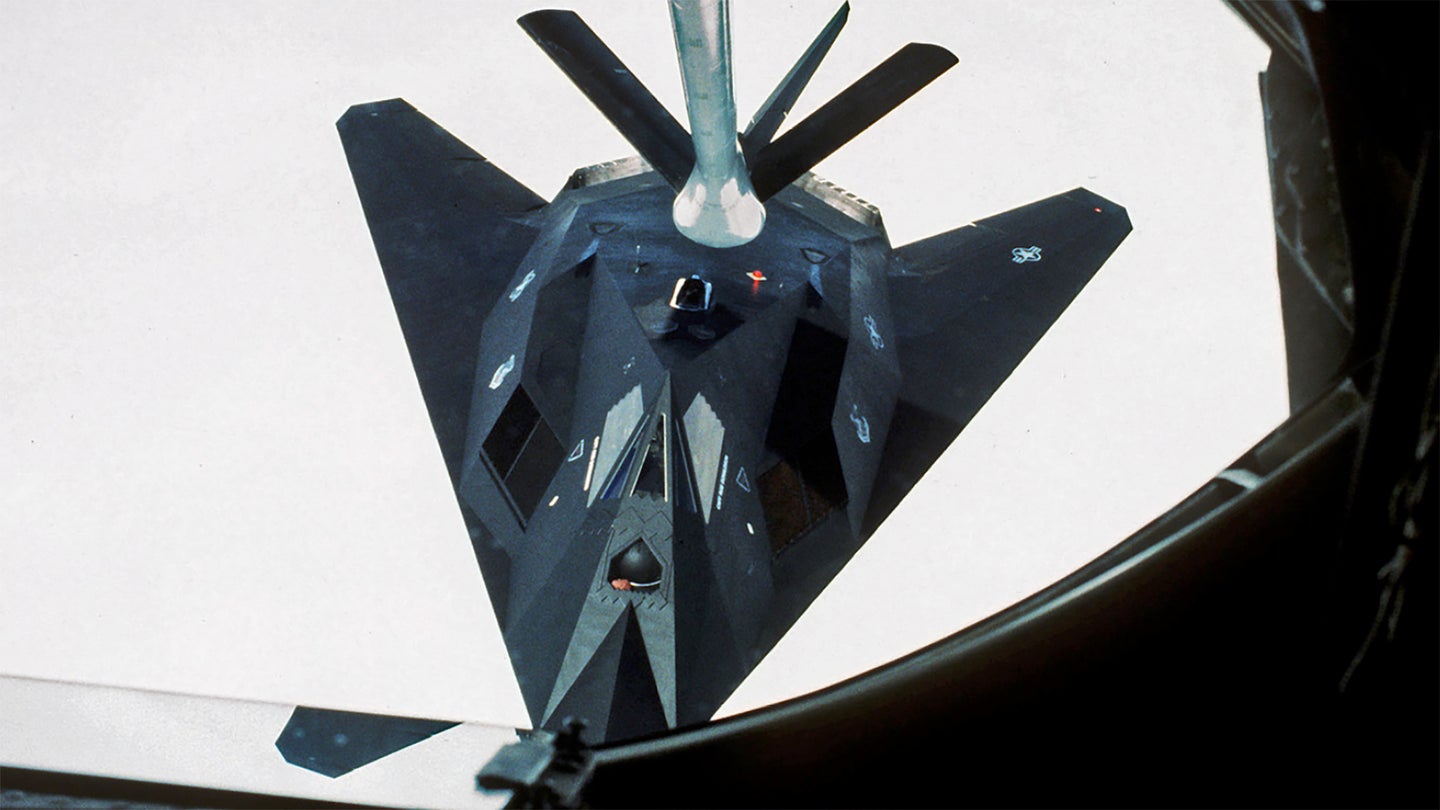 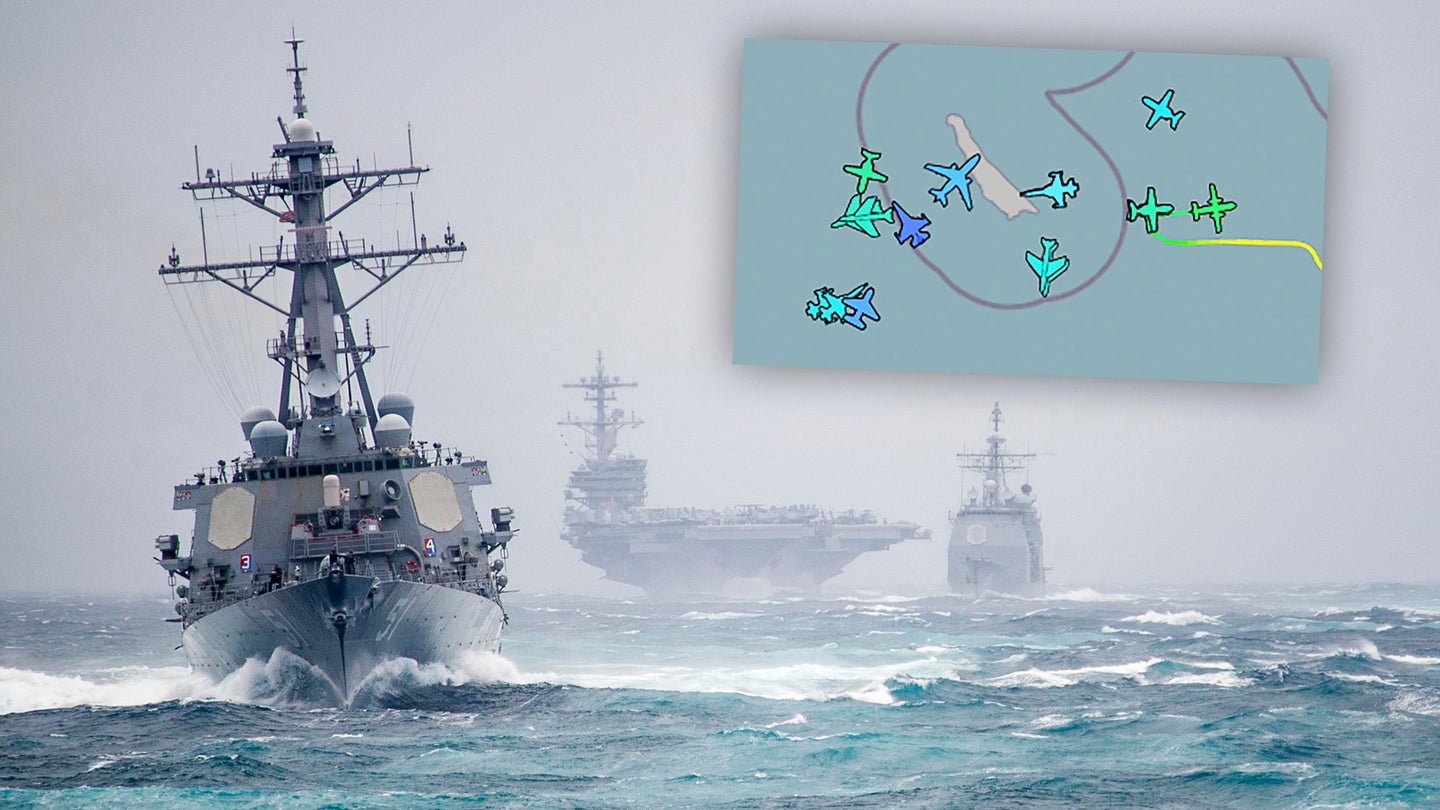 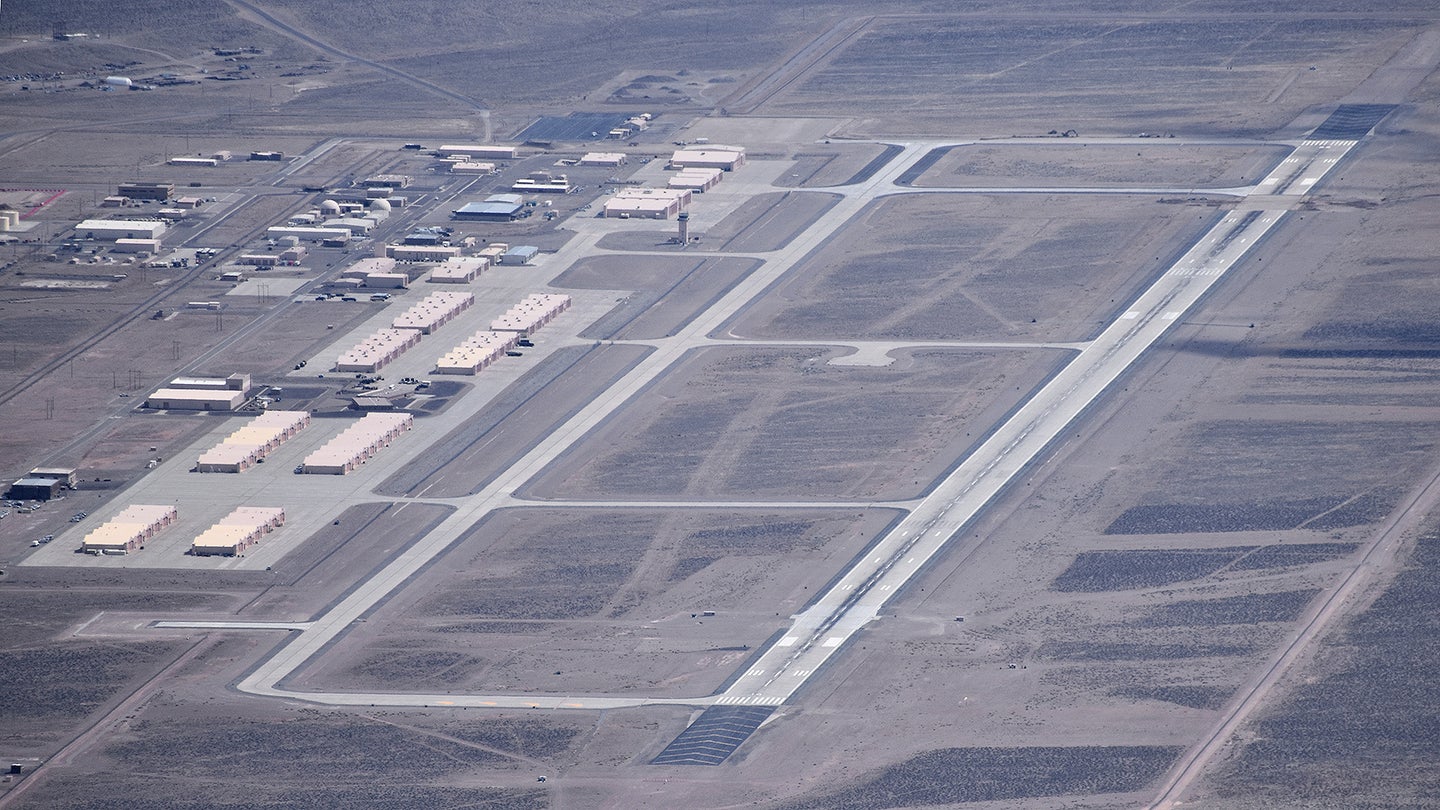