This Photo Of A Pair Of A-10 Warthogs Is Mesmerizing

The photographer captured what is truly a once-in-a-lifetime image during this year’s Heritage Flight Conference at Davis Monthan AFB.

Air Force single-ship demo teams and a gaggle of eclectic warbirds descended on Davis Monthan AFB last week for the annual Heritage Flight Conference. It is here that the solo demo teams perfect the Heritage Flight program alongside various warbirds that they may meet up with at airshows across the United States. The Heritage Flight pairs a USAF demo jet with a fighter or attack aircraft from the USAF's past. Often times the unique formations are tacked onto the back of a jet team's demo and offer a poignant remembrance of airmen who made the Air Force what it is today, many of which sacrificed heavily in doing so. This year, one particular Heritage Flight training sortie was like no other ever and resulted in the incredible mind-twisting image you see at the top of this piece.

The Heritage Flight cross-training occurs every year in Tucson before the airshow season. This year the A-10 Demo Team has a newly painted Warthog that sports a Southeast Asia scheme reminiscent of the Vietnam War era. This is in addition to the team's other Warthog, which wears a WWII-inspired scheme. Pro aviation photographer Larry Grace was there to catch an incredibly unique moment in which both specially painted A-10s performed the "Heritage Break," a stunning crossing maneuver that serves as the apex of the Heritage Flight program. Usually, the A-10 would be breaking with a P-51 or other warbird, not another A-10, and especially not one wearing another nostalgic paint scheme.

Here's a bit from Larry Grace, which goes by the handle @Larrygracephoto on Instagram, about the circumstances surrounding his amazing image and how he snapped it:

This year the newest demo pilot and team leader for the A-10 Demo Team is Capt. Haden “Gator” Fullam. Capt. Fullam, along with last year's team leader and demo pilot Maj. Cody “ShIV” Wilton, flew a demo with the two specially painted A-10 demo aircraft. They finished their demo with the Heritage Break. This was and will be the only time both specially painted A-10 aircraft will fly together.

With Maj. Wilton returning to the Heritage Flight Conference to assist in training, a special Heritage Flight formation was put together with both A-10 flying alongside an A-1 Skyraider, the warbird being flown by Stuart Milson. Then the A-10 and A-1, both in Vietnam camouflage, flew a Heritage Flight demo training flight. Afterward, the two A-10s rejoined and flew a special one-time-only flight.

At the end of the demo flight, the aircraft did the traditional Heritage Break. Knowing that this was going to take place, I set up, and as the aircraft flew over I tracked and followed them and got ready to capture the moment. It wasn't until I reviewed the images from the day did I realize I captured this special moment in such a unique way.

Check out the awesome results of Larry's work:

This was truly a once-in-a-lifetime moment and we are grateful to Larry Grace for sharing it with us.

Make sure you check out Larry's site, follow him on Facebook and Instagram, and check out his bio.  If you would like to republish or obtain prints of these or any other of Larry's photos please contact him directly through those channels for permission. 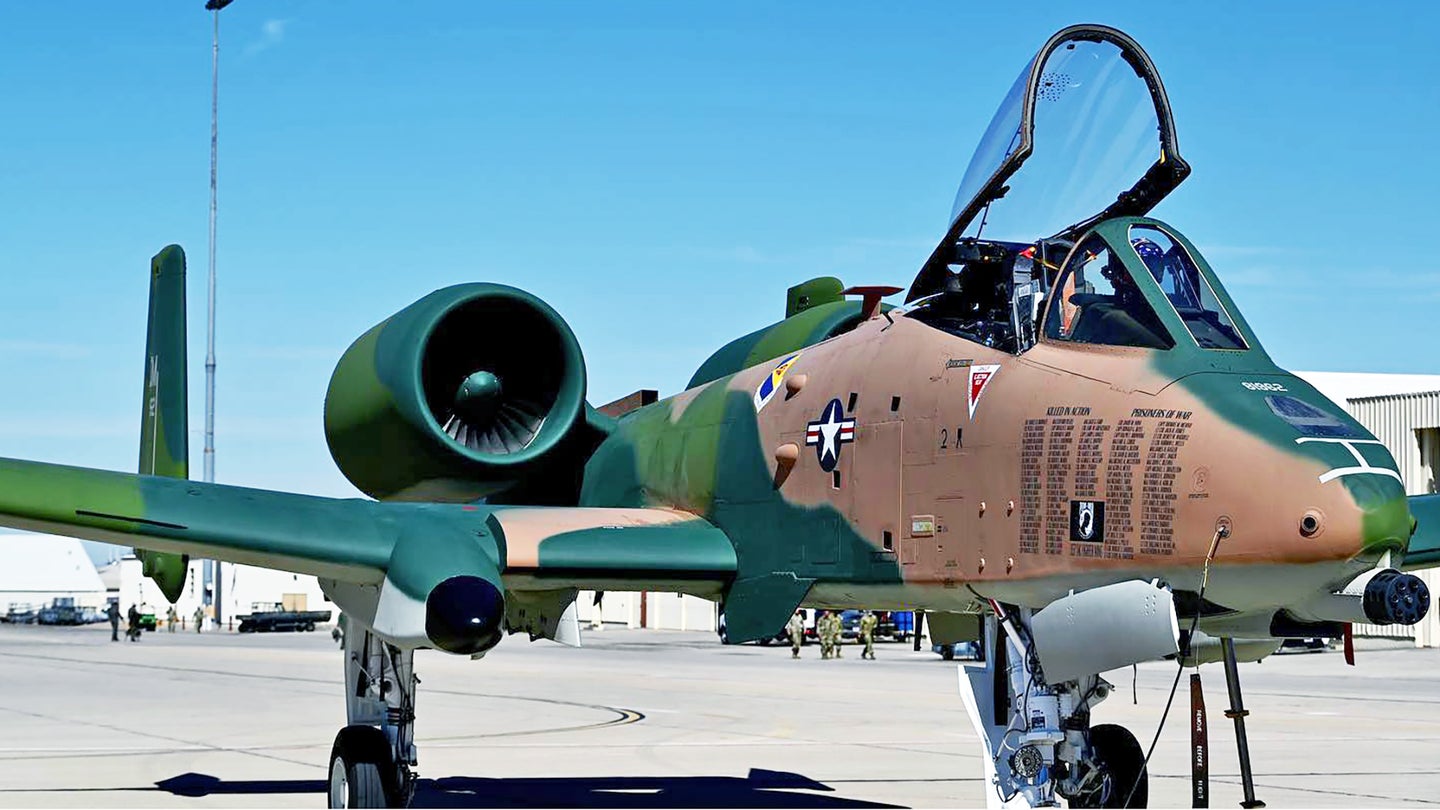 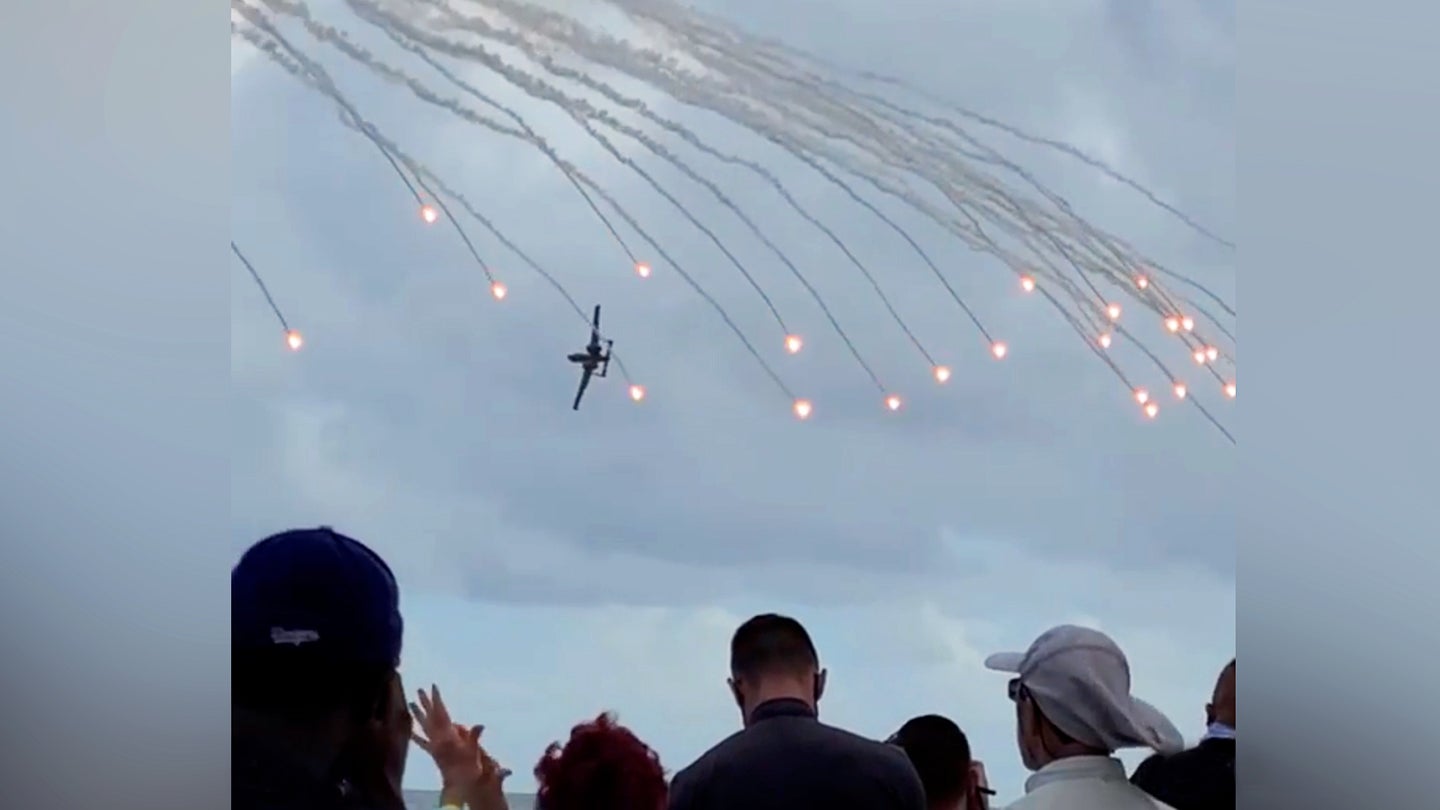 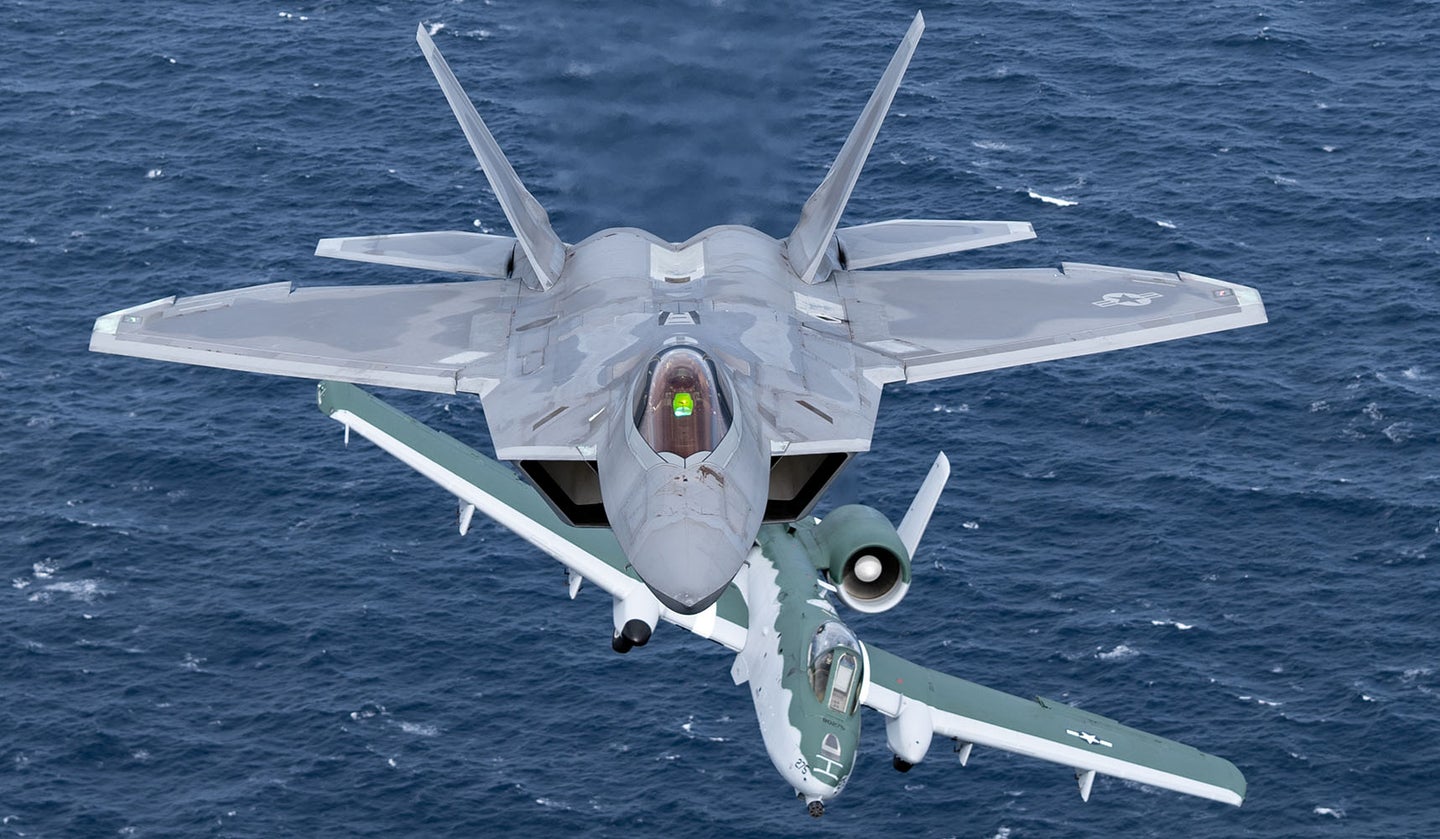 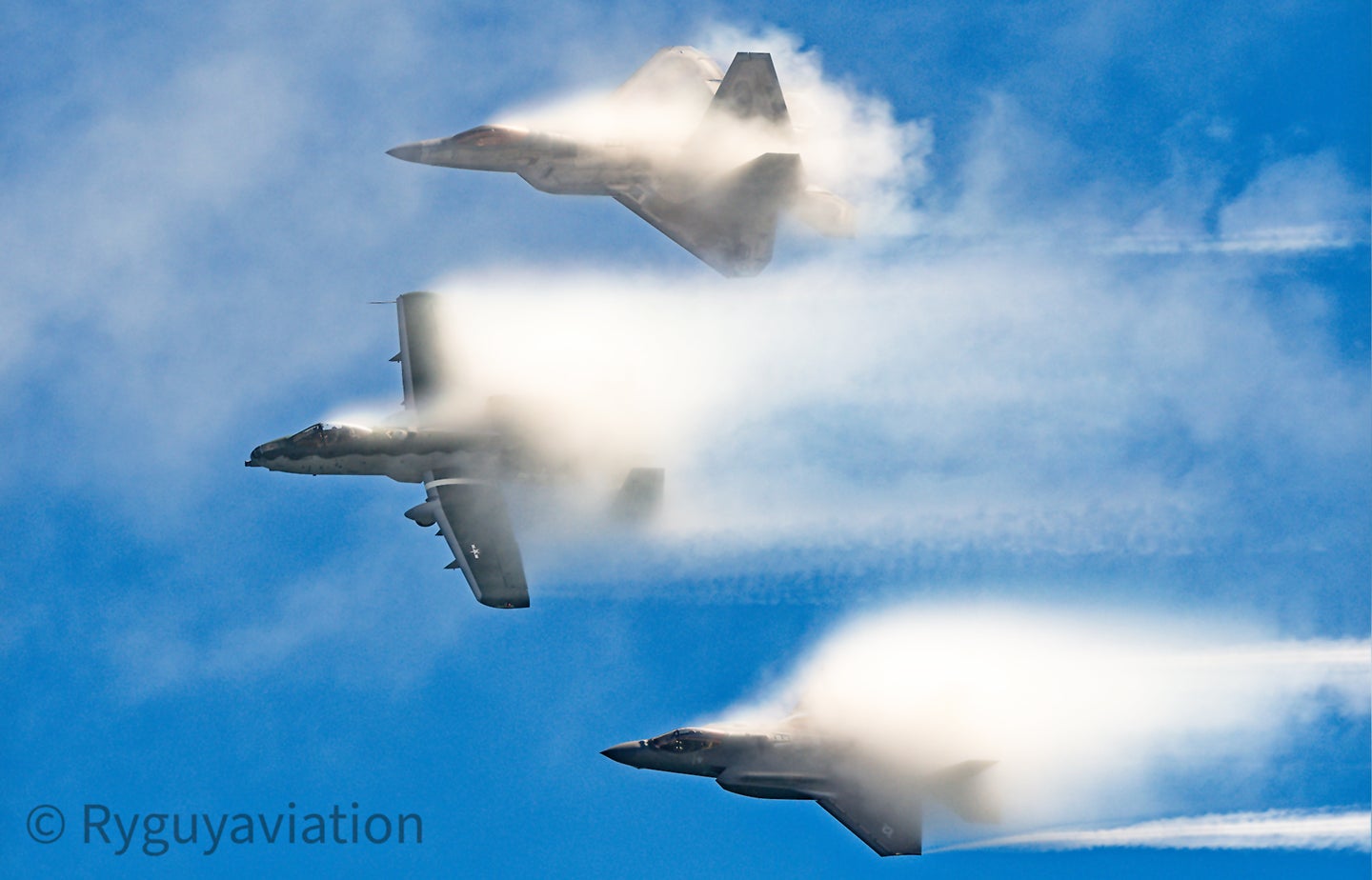 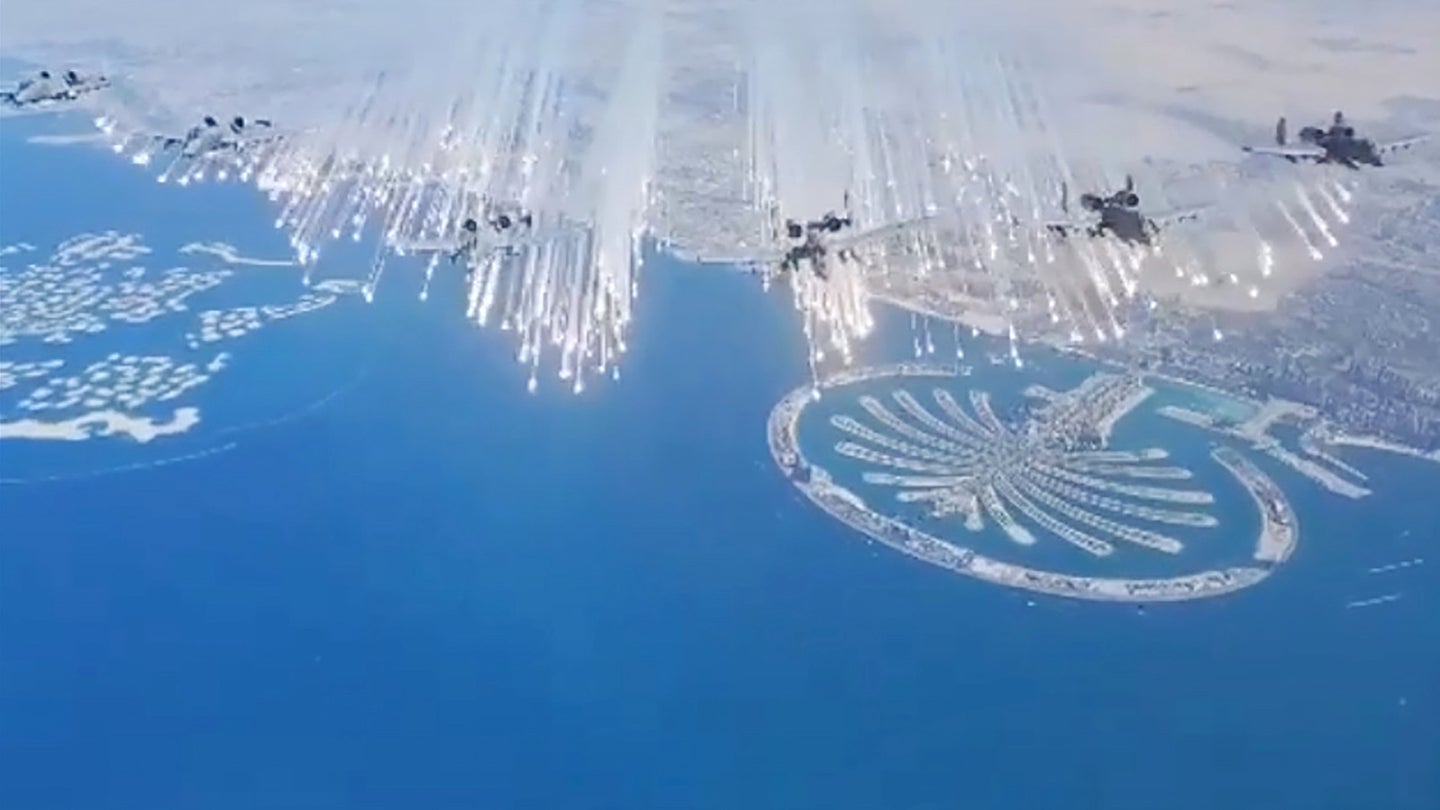