The fate of the USS Harry S. Truman, which was spared decommissioning in 2019, is up for review as a cost-saving measure. 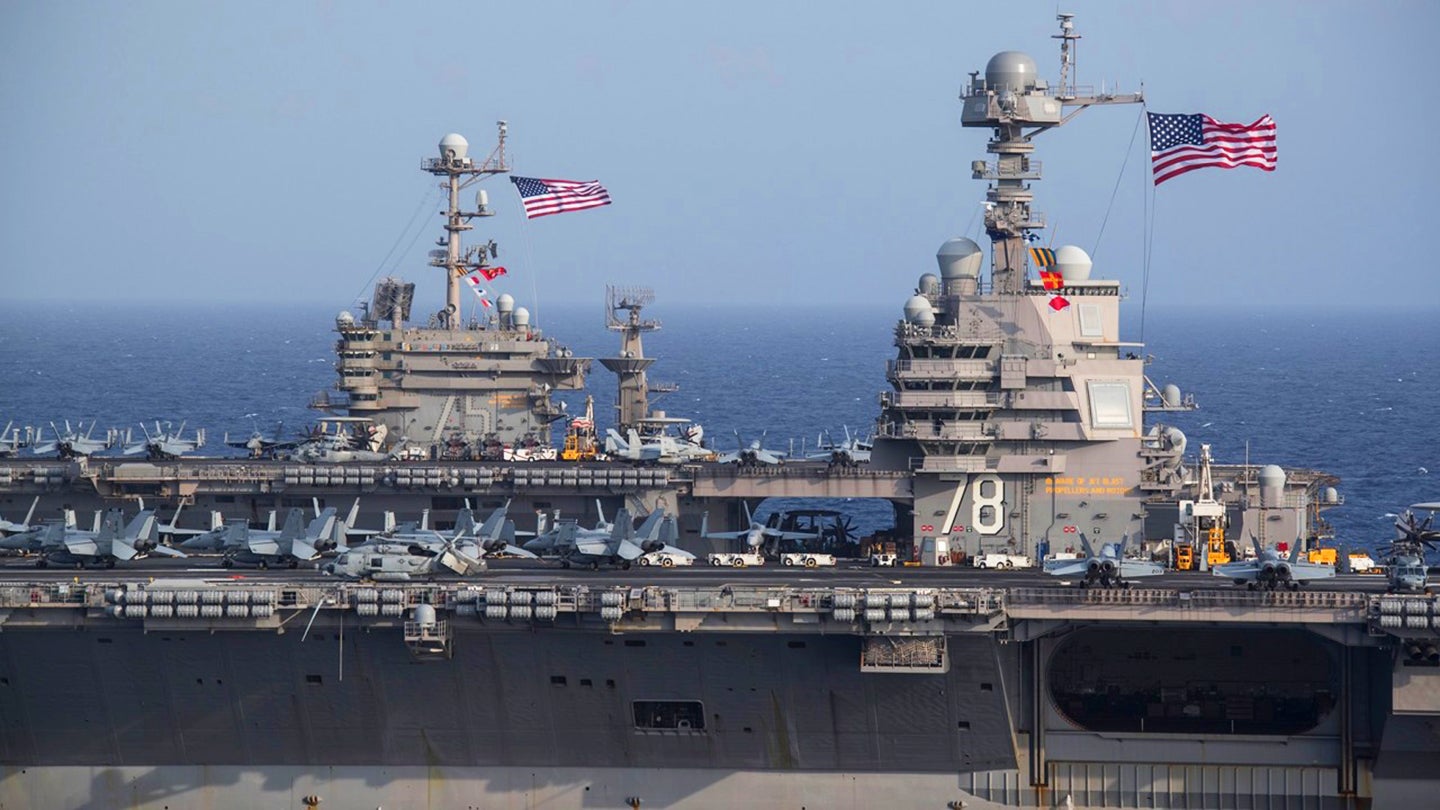 The Pentagon is reportedly revisiting the idea of retiring the U.S. Navy’s Nimitz class aircraft carrier USS Harry S. Truman early, after having abandoned the very same proposal only a few years ago in the face of massive pushback from Congress. This renewed debate is part of larger review of the service plans for its future carrier fleets and overall shipbuilding priorities within the context of the upcoming Fiscal Year 2022 defense budget request.

first reported the development yesterday, citing two unnamed sources “familiar with the discussions.” This comes ahead of the Fiscal Year 2022 budget submission to Congress, President Joe Biden’s first, which reportedly seeks to trim the previous Trump administration’s base budget proposal from $722 billion down to no more than $704 billion. The new budget is reportedly expected to be unveiled in May.

The USNI News story also describes how House Armed Services Seapower and Projection forces ranking member Congressman Rob Wittman asked U.S. Indo-Pacific Command commander Admiral Phil Davidson yesterday if he thought it would make sense to remove a carrier from the Navy’s 11-strong fleet. “There is no capability that we have that can substitute for an aircraft carrier in my view,” Admiral Davidson responded. A Wittman spokesperson later told the publication that the question was hypothetical and reflected earlier moves to reduce the carrier fleet.

Deleting a carrier is, however, just one option seemingly under consideration as the Pentagon weighs up its entire shipbuilding plans under the Cost Assessment and Program Evaluation (CAPE), a wide-ranging review of the future shape of the fleet that also considers alternative carrier studies. Indeed, according to USNI News, shipbuilding is the top priority when it comes to the FY 2022 budget request.

While you can read more about the implications of CAPE in this previous story, one of the options is to look again at the potential offered by a new class of light aircraft carriers, or CVLs. In the recent past, the Navy has considered designs based on the aviation-focused America class amphibious assault ships as well as a “light” derivative of the Ford class supercarriers, among others.

A smaller carrier would be cheaper than the Ford class and, perhaps, could offer other benefits too, as The War Zone has explored in detail in the past. Moreover, they could be a way of retaining the 11-carrier fleet — or expanding to an even larger carrier force — that would also help meet the ambitions of the Navy’s Battle Force 2045 proposal, which you can read about in these previous War Zone pieces. In fact, the studies for a fleet of 500-plus ships that went into Battle Force 2045 recommended, in some cases, cutting the total number of supercarrier hulls in favor of CVLs.

Back in 2019, the Trump administration looked at taking the Nimitz class nuclear-powered aircraft carrier USS Harry S. Truman (CVN-75). Under the proposal, the carrier would have been retired early sometime in the mid-2020s and the money saved, it was argued, would have helped fund another two ships (the third and fourth) in the follow-on Ford class. But the plan to retire Truman was abandoned the same year.

“I am overriding the Decommission Order of the magnificent aircraft carrier Harry S. Truman, built in 1998 (fairly new), and considered one of the largest and finest in the world,” Trump tweeted out in May 2019. “It will be updated at a fraction of the cost of a new one (which also are being built)!”

In fact, there was no “decommission order” to rescind, but, for whatever reason, the Trump administration shelved the idea.

Now, according to those same sources, the proposal to retire Truman is back on the table. In practice, that would likely mean the carrier would be withdrawn from service after around 25 years of use, instead of completing the carrier’s planned mid-life rehab process, also known as Refueling and Complex Overhaul (RCOH), that would have made it fit for service through 2048.

looked in detail at why the proposal to retire the Truman early was unlikely to proceed, not least due to opposition from a Congress that has enshrined in law a requirement for the Navy to have at least 11 carriers in service at any time. That still holds true today.

With plans to commission the next Ford class carrier, the future USS John F. Kennedy, in 2024, decommissioning Truman could end up with the Navy breaking the law. Meanwhile, the Navy itself has also consistently campaigned for more carriers, not fewer. Back in 2016, for example, the Navy determined that the optimal number was 12.

There is also the very real concern that the available carrier fleet is already being pushed close to its limits. Last December, the carrier USS Theodore Roosevelt left port to begin its second operational deployment of the year, while the crew of its sister ship USS Dwight D. Eisenhower prepared to do the same. Known as “double pump” deployments, these are driven by increasing demand for aircraft carriers to support U.S. military operations around the world, at a time when a significant number of flattops are tied up undergoing maintenance and major overhauls. For its part, the lead ship of the class, USS Nimitz, returned to its homeport last month after a grueling 10 months at sea; in the process of that deployment, there was a period when the Navy had no aircraft carrier in the U.S. Central Command area of responsibility.

Meanwhile, all the other same arguments that were made against decommissioning in 2019 remain relevant today. Prominent among these is the lack of evidence that removing a carrier from the inventory earlier than planned is good value for money. Back then, it was said that $3.4 billion would be needed to keep Truman operational for another 25 years, a relative bargain compared to buying a new Ford-class aircraft carrier over the same period.

Ultimately, the debate over Truman’s future may have been more about attempting to secure additional funding from Congress, rather than about cutting costs. As it turned out, the Ford block buy, used as an argument in favor of retiring Truman, was approved anyway.

It is worth bearing in mind, too, that a similar proposal to off another carrier, USS George Washington, in 2014 under President Barack Obama, met a similar fate, although in that case, the battle with Congress dragged out for nearly a year.

Whatever the next defense budget request brings, it is perhaps surprising that consideration is again being given to retiring Truman early, only a few years after Congress crushed the very same idea.