The U.S. Air Force has officially accepted delivery of its first F-15EX fighter, the first new F-15 of any kind it has acquired in years, which is now headed to Eglin Air Force Base in Florida to begin testing. At the same time, the service appears to have confirmed that these aircraft will have roles beyond air-to-air combat, notably as launch platforms for future hypersonic missiles.

Boeing, the manufacturer of the F-15EX, formally turned the first jet over to the Air Force at its facility in St. Louis, Missouri, on March 10, 2021. The aircraft, which has the serial number 20-001, was spotted flying in that area in its full Air Force paint scheme, including Eglin Air Force Base tail codes, last month, just weeks after its first flight. The service hopes to eventually buy at least 144 of these aircraft to replace its aging F-15C/D Eagles and there have also been discussions about acquiring more of them to supplant its F-15E Strike Eagles, as well.

"This is a big moment for the Air Force," Air Force Colonel Sean Dorey, the F-15EX Program Manager at the Air Force Life Cycle Management Center’s Fighters and Advanced Aircraft Directorate, said in a statement. "With its large weapons capacity, digital backbone, and open architecture, the F-15EX will be a key element of our tactical fighter fleet and complement 5th-generation assets."

Derived from the F-15QA Advanced Eagle that Boeing developed for Qatar, the F-15EX is the most advanced version of the jet presently in production, as you can read about more in these past War Zone pieces. In addition, while the Air Force's primary focus is on replacing its F-15C/D jets, which are exclusively used in air-to-air combat roles, the F-15EX's payload capacity inherently opens a path for the aircraft to take on other mission sets.

"In addition, it’s capable of carrying hypersonic weapons, giving it a niche role in future near-peer conflicts," Colonel Dorey, the Air Force's F-15EX Program Manager, said in his statement. This role has been hinted at by both the service and Boeing in the past and was something that we here at The War Zone posited could be a secondary mission set for the aircraft when we broke the F-15EX story back in 2018. This does appear to be the first official confirmation that it is, at least, actively being explored as a role for these new aircraft.

It's not clear what, if any, specific hypersonic weapon the Air Force might be looking at integrating onto the F-15EX already, but there are a number of possible options, including multiple air-breathing hypersonic cruise missiles, in various stages of development now. Boeing, in the past, has said that the F-15EX's centerline pylon can accommodate weapons up to 22 feet long and that weigh up to around 7,000 pounds. It has shown off a model with a notional 7,300-pound hypersonic missile previously, as well.

Whatever weapons the F-15EXs might carry in the future, the hypersonic launch platform role only underscores that these aircraft will not simply replace older F-15s, but will also give Air Force units equipped with them significant new capabilities. The F-15EX's range and payload capabilities make it one of, if not the best available choice for a tactical jet to carry hypersonic missiles, especially over longer distances. For the Air Force, having this added capacity to employ hypersonic weapons at extended ranges is only becoming more important, especially as concerns about the peer-state threat in the Pacific from China are growing.

Testing of various kinds will be necessary before any F-15EXs can enter operational service in any role. A second test jet is also in the latter stages of construction and the Air Force expects to take delivery of it next month. The service says it expects to receive four more examples in the 2023 Fiscal Year. However, it's very possible that the delivery of all of these Lot 1 jets could be completed sooner than that.

Any contracts for subsequent jets will likely have to wait until the Air Force makes a formal decision about what engines will power them. The first six F-15EXs will have General Electric F110-GE-129s, but the service plans to hold a competition to select the powerplants for any future examples. Pratt & Whitney's F100-PW-229 is the main competitor to General Electric's offering. You can read more about the engine issue in detail in this past War Zone piece.

In the meantime, the Air Force is working hard to expedite the testing and evaluation processes for the F-15EX to hopefully speed up its entry into service. The first jet is going to the 40th Flight Test Squadron at Eglin, while the 85th Test and Evaluation Squadron will receive the second. The plan is for those two squadrons to conduct developmental and operational testing simultaneously.

"To expedite the testing needed to declare the F-15EX ready for operations, the team will use previous testing data from F-15 foreign military sales variants and U.S.-only subsystems and Operational Flight Program software," according to the Air Force. The service has also made a potentially controversial decision to waive the need for full-up survivability testing on these aircraft, based in part on the availability of existing data, a decision it says will save $108 million and shorten the entire testing process by one year.

It is worth noting that the F-15EX will be equipped with the new Eagle Passive/Active Warning Survivability System (EPAWSS), a new radar warning and electronic warfare suite now in development that you can read about more in this past War Zone piece. Work on this system will entail extensive testing that will produce its own survivability data that will be applicable to the F-15EX, as well.

What other units now equipped with the F-15C/Ds might subsequently receive F-15EXs remains to be seen. All of this notably comes amid a major review of the tactical airpower force structure across the entire Air Force, to include the Air National Guard. Major changes in planning are now being openly discussed, including the acquisition of new F-16 fighter jets, reductions in planned purchases of F-35A stealth fighters, and greater integration of unmanned platforms. The Air Force has already been experimenting with using F-15C/D Eagles as aerial launch platforms for networked "loyal wingman" type drones, another role that the F-15EX could potentially assume in the future.

The Air Force's long-standing plans to buy more than 1,700 F-35As, the projected sustainment costs for which have been steadily growing, have been under particular scrutiny in recent weeks, including from members of Congress. “What does the F-35 give us? Is there a way to cut our losses?" Adam Smith, a Democrat from Washington State who currently chairs the House Armed Service Committee, said during a hearing last week.

"Is there a way to not keep spending so much money for such a low capability, because the sustainment costs are brutal," he continued, acknowledging that it would be virtually impossible to simply "get rid of the [F-35] program," but saying he favored a more balanced mix of types. “I want to stop throwing money down that particular rat hole."

At the same time, the Air Force has stressed that the F-35A remains an important part of its future force structure plans. That being said, “you don’t drive your Ferrari to work every day, you only drive it on Sundays," Air Force Chief of Staff General Charles Brown had said in February. "This is our ‘high end’ [fighter], we want to make sure we don’t use it all for the low-end fight."

By every indication, the F-15EX, which the Air Force now has now gotten its first example of, looks more and more set to be an extremely important part of that future mix of aerial combat capabilities, including as a launch platform for hypersonic weapons. 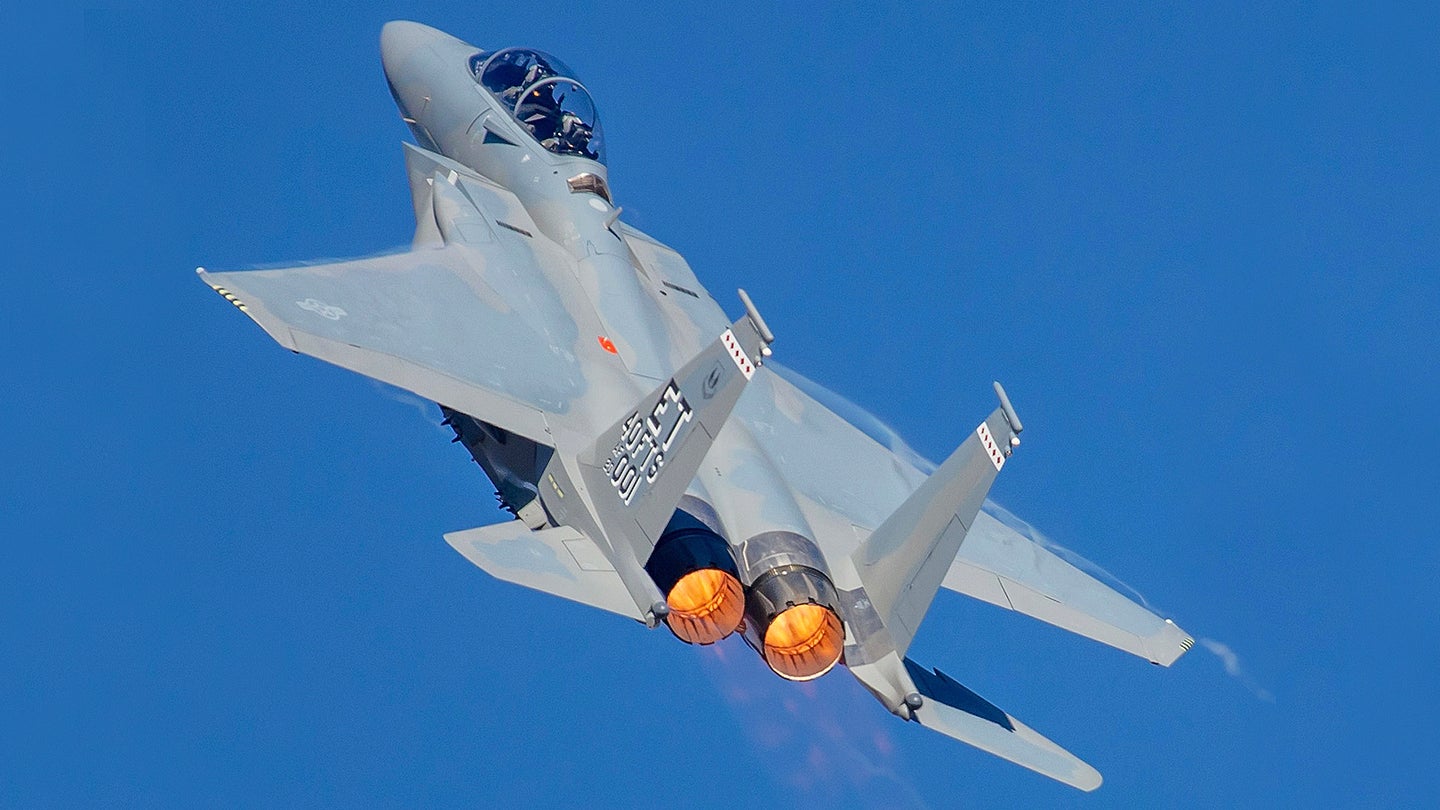 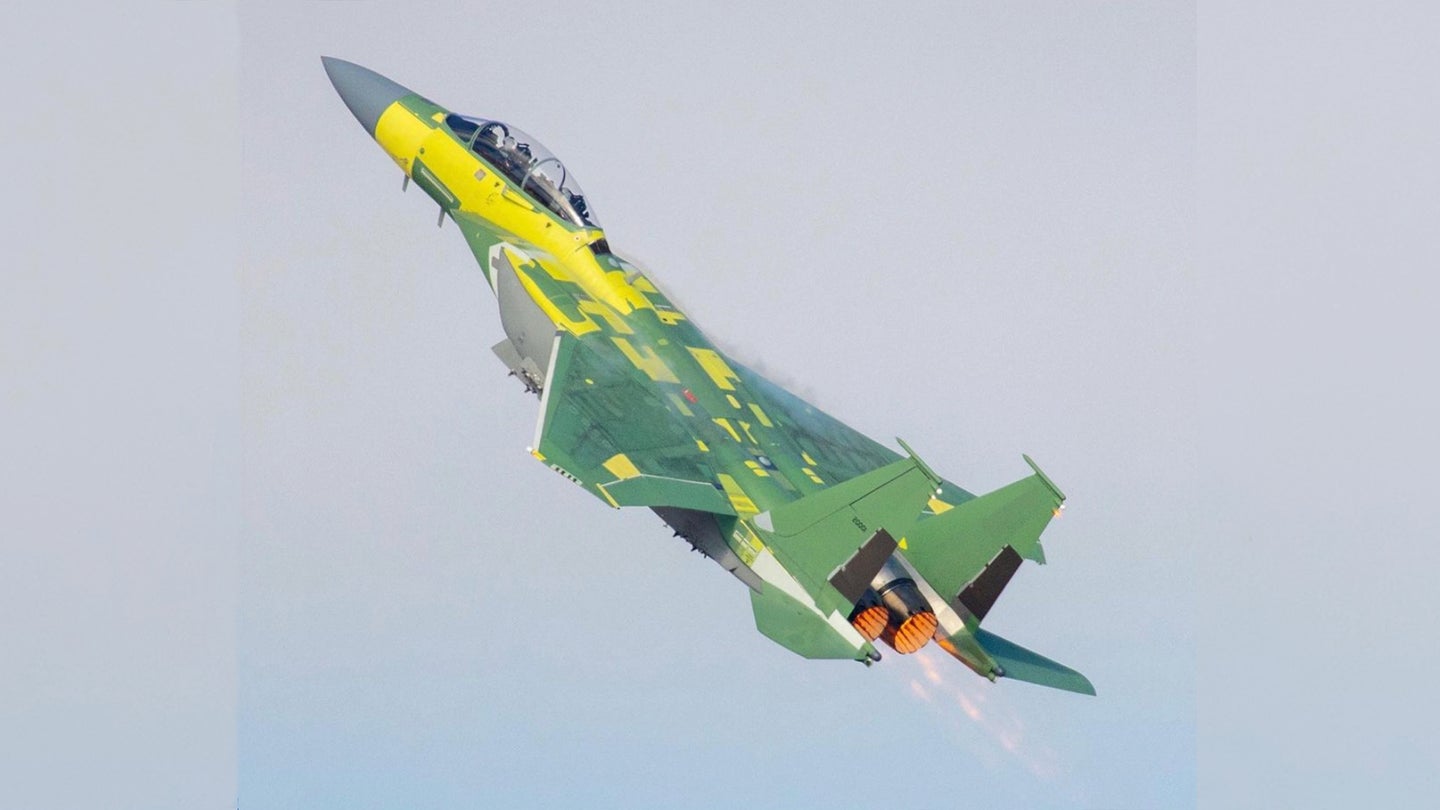 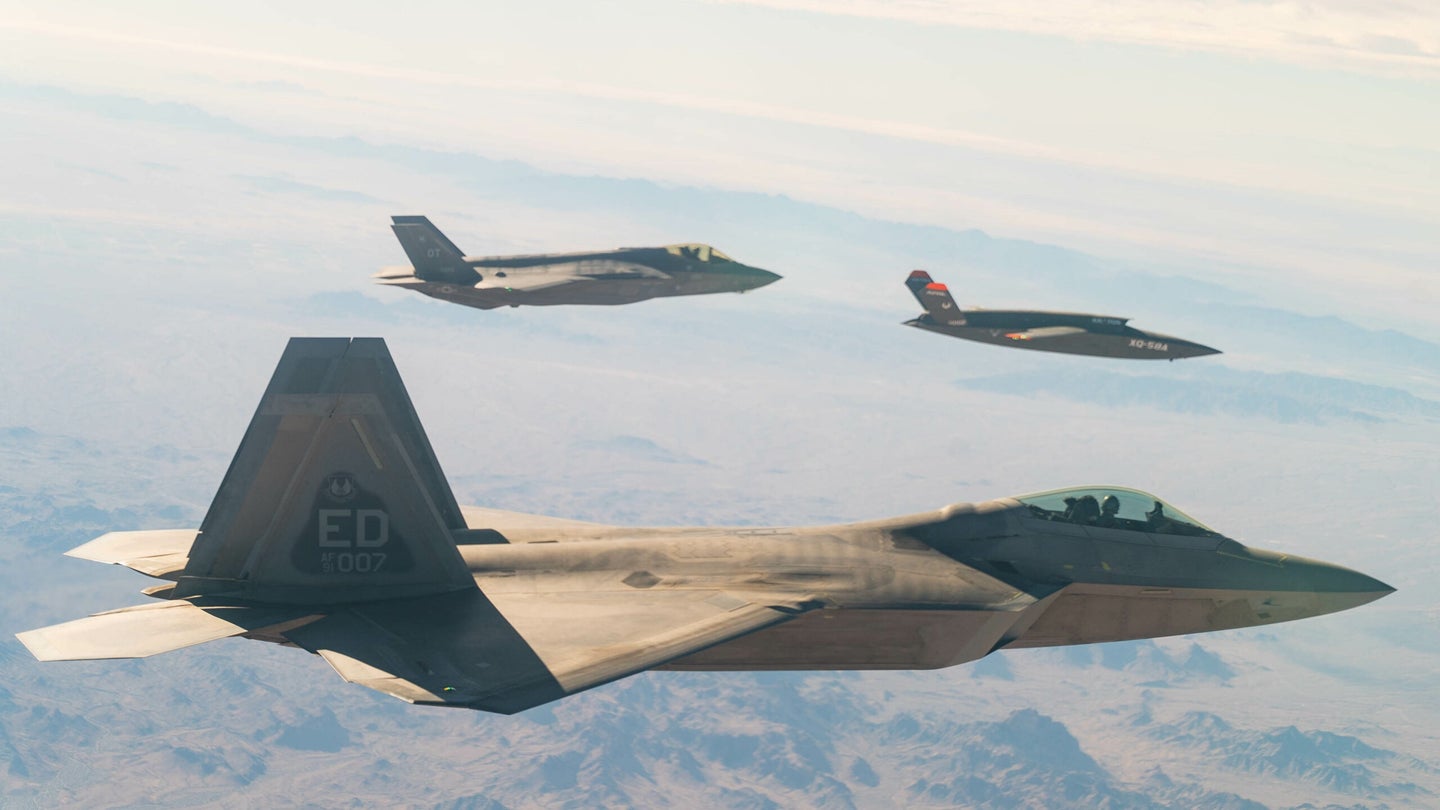