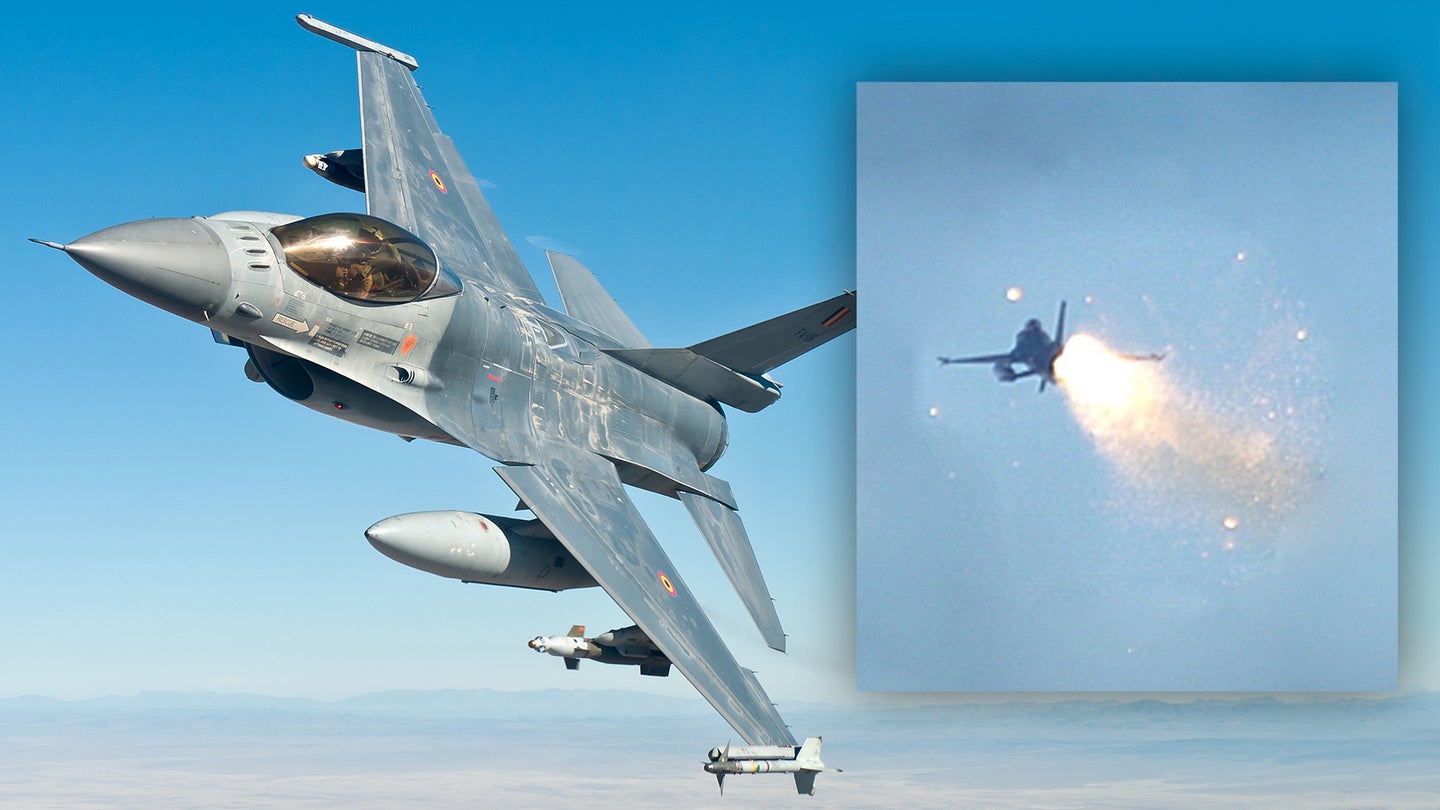 Belgium’s entire fleet of F-16 fighter jets, the backbone of its combat air force, has been grounded since yesterday after one of the Vipers experienced problems with its Pratt & Whitney F100 engine. As of today, the air defense of the European country has now been taken over by the neighboring Netherlands.

“While technicians work hard to get our Vipers airborne asap and the Belgium Control and Reporting Center monitors the airspace above Belgium 24/7, the Koninklijke Luchtmacht [Royal Netherlands Air Force] will temporarily take over the Quick Reaction Alert from the Belgian Air Force to safeguard the BENELUX skies as from 12 o’clock,” the Belgian Air Force tweeted today.

Belgium’s F-16 grounding order follows a February 11 incident at Florennes Air Base, in which one of the jets had engine problems on takeoff and immediately made a precautionary landing, leaving some debris within the confines of the base and on the end of the runway.

The F-16 in question had a “nozzle burn through,” in which the engine’s “turkey feather” exhaust petals begin to disintegrate due to excessive temperatures. The engine of the affected aircraft was dismantled and sent to the Patria Belgium Engine Center, the contractor that handles maintenance of the powerplants.

In the video below you can listen to the communications between the pilot and tower after the emergency that affected F-16AM serial number FA-118, callsign STING 21:

An investigation narrowed down the problem to a hinge pin and the air force said that “a significant number of engines exhibit similar phenomena.”

“Following the advice of the engine manufacturer and the aircraft manufacturer, it was decided to take immediate corrective action and to ground the other aircraft in order to carry out checks as quickly as possible,” the air force said.

In the meantime, all the partners in the European Participating Air Forces — a community of F-16 users on the continent — have been informed. Investigations are meanwhile underway to establish if any other fleets have similar problems. The Netherlands has already confirmed that its own jets are not affected.

All the Belgian jets — 43 single-seat F-16AM and eight two-seat F-16BM variants, according to Flight International’s World Air Forces 2021 survey — have been grounded while their engines are checked. Repair time is estimated at five working days per engine. “However, there is a shortage of spare parts on the market,” the air force admits.

The Belgian Air Force’s F-16 fleet is old and has seen heavy usage. In particular, Belgian F-16s have made regular deployments to the Middle East to take part in Operation Inherent Resolve (OIR) over Iraq and Syria, and before that, they were regularly tasked with missions in Afghanistan as well as over Libya in 2011. Currently, four Belgian F-16s are in Jordan for a 12-month OIR deployment. Unconfirmed reports suggest those particular aircraft are still flying their combat missions.

Furthermore, the Belgian Air Force is scheduled to send a detachment of F-16s to Lithuania in December to support the NATO Baltic Air Policing mission, established back in 2004 to defend NATO airspace in the region. Since then, Belgium has been one of the most regular participants.

At least until the serviceability and availability of the Belgian F-16 fleet improve, the responsibility for the Quick Reaction Alert (QRA) over the BENELUX country now rests entirely with the F-16s of the Royal Netherlands Air Force at Volkel Air Base.

This should be a fairly seamless undertaking, since Belgium, the Netherlands, and Luxembourg (which has no fighter jets in its inventory) already share QRA duties, under a system that was introduced in 2017. Normally, the airspace of the three countries is protected on a rotational basis by Belgium and the Netherlands, with one of these providing two armed F-16s on standby around the clock to respond to airspace violations.

While this latest incident has had a significant effect on the Belgian F-16 fleet, at least in the short term, it is not as dramatic as that which befell the air force in October 2018, when a ground technician accidentally fired a number of rounds from one of the aircraft’s 20mm M61A1 Vulcan cannon during maintenance at Florennes. Some of these struck another F-16, fully fuelled and ready for a mission. That jet burst into flames and was destroyed, injuring two ground personnel and damaging another two F-16s nearby.

Throughout its service career, the Belgian F-16 fleet has been steadily upgraded through the stepped Mid-Life Upgrade (MLU) program, but the jets are now showing their age. The first example was accepted by the air force in January 1979, as the first European-assembled F-16 to be delivered to a European operator. In the meantime, the fleet has been reduced in number by the transfer of successive batches of jets to Jordan. Proposals for a further F-16 life extension, as an alternative to the F-35 acquisition, were rejected.

Although Belgium has chosen the F-35A to replace the Viper, there are now reports that the decisions behind that selection will be subject to parliamentary discussion. As it was, the first of 34 examples of the stealth fighter is not due to be delivered until 2023. However, the first aircraft will remain at Luke Air Force Base in Arizona for training, with the first Belgian-based example not expected to arrive home before 2025.

Until then, Belgium may well face other challenges in keeping its aging F-16 fleet serviceable to meet operational demands both at home and further afield.

With thanks to Benoît Denet and @EHEH_Spotter for their assistance.​​​​