The Soviet Union was the only country to field a fully operational rail-mobile ICBM and it had one highly unusual feature.

The Soviet Union’s Cold War-era Molodets intercontinental ballistic missile was unique for being fielded on a train, rather than in silos or on mobile launchers. But its novelty didn’t stop there — this weapon, known to NATO as the SS-24 Scalpel, also featured a bizarre inflatable nosecone.

What seems to be the only video available of the missile’s nosecone in action was brought to our attention by Twitter user Chase, whose feed is worth a follow for those interested in nuclear weapons and security, including some of its more unusual aspects. The same clip can be found within a longer video on YouTube, at around the 1:05 mark. That entire video is also posted later on in this article.

The decision to incorporate an inflatable nosecone seems to have been driven by the very specific requirements of railway launch. Since the intercontinental ballistic missile (ICBM) itself was longer than a standard railroad car, this was a solution to accommodate it within the length restrictions of the launcher and retain aerodynamic properties once launched.

It seems the nosecone inflated soon after launch and it used a pressure accumulator to increase internal pressure, which in turn deployed a corrugated metal internal structure, forming the conical nose shape. This solution is used to reduce the overall length of the missile and its placement in the car. Meanwhile, inflatables continue to be used in spaceflight, if not missile technology, to this day.

The story of the SS-24 itself is an interesting one, part of a wider Soviet effort to make its land-based ICBMs more survivable. By the late 1960s, it was clear that the increasing accuracy of U.S. missiles would likely be enough to ensure the destruction of any Soviet ICBM silos, no matter how hardened. The Soviet response followed a two-pronged approach to enhance survivability: road-mobile missiles on tracked or wheeled launchers, and rail-mobile systems.

With 99,000 miles of railway lines able to accommodate disguised missile launchers, rail-mobile missiles would be almost impossible to find and consistently track. At the same time, it promised to allow heavier ICBMs to be fielded: Soviet road-mobile systems, at this point, were limited to missiles weighing around 40 tons. In addition, being tracked, the early road-mobile systems imparted potentially damaging vibrations on the missile itself.

In early 1969, two design bureaus, Chelomey and Yangel were tasked with developing rail-mobile ICBMs. The Chelomey offering was quickly abandoned since it used liquid-fuel propulsion that was too sensitive to the vibrations of the train and could potentially cause a catastrophic propellant leak.

In the Ukrainian Soviet Socialist Republic, Yangel continued work on its design, based on the RT-23 missile for the Molodets system (translated to English, the name means something like ‘good boy’ or ‘well done’). However,  this progressed only very slowly, and it wasn’t until 1980 that design work was finalized. As well as the formidable technical challenges involved in fielding a missile on a train, the Soviets were still perfecting solid-fuel rocket technology, and there was also lingering official resistance to mobile systems in general, on grounds of cost and complexity, as well as contravening arms treaty negotiations. There were also concerns about training crews to operate the systems and about the command-and-control issues surrounding a widely dispersed mobile ICBM force.

By the early 1980s, the Molodets had been overtaken by road-mobile developments, now that they could benefit from solid-fuel technology and wheeled launchers. Nevertheless, the rail-mobile system was still selected to form part of the Soviet fourth-generation ICBM force, alongside the road-mobile Topol (SS-25 Sickle). At the same time, silo-based missiles continued to be improved, focusing on more accurate warheads and better-protected silos. A silo-based RT-23 was also authorized, this trading the inflatable nosecone for a more robust folding one that similarly deployed after launch.

While the Topol was a ‘light’ ICBM with a single warhead, the Molodets used the ‘medium’ RT-23 missile. Testing of this missile began in 1982, but of the first 11 test flights, seven ended in failure. Ultimately, problems with the RT-23 were considered so serious that it was canceled in 1983, although the trains used in the Molodets system were handed over for crew training, while work continued on an alternative missile.

Finally, in 1985, test flights began of the improved RT-23UTTh missile, which carried 10 multiple independently targetable re-entry vehicles (MIRVs) each with a yield of 300 kilotons. Thought was briefly given to fielding this new ICBM on an enormous wheeled transport-erector-launcher (TEL), as well as in silos and as part of the Molodets. The Tselina-2 wheeled version was soon abandoned, but not before a 24 x 24 wheeled TEL prototype had been built.

Test launches of the RT-23UTTh missile as part of the rail-based Molodets were completed in December 1987 and the system was declared operational the same month. It was the last of the new-generation Soviet ICBMs to be deployed.

By 1988 there were around 10 Molodets trains operational, but it was an expensive system since it required tracks around the different operating hubs to be refurbished. Each Molodets division had four trains. Within each train, there were three cars for the launch module, including a single missile. There were also seven cars accommodating the command modules, one fuel and lubricants car, and two DM62 diesel locomotives that could move the whole thing at speeds of up to 75 miles per hour. All the railcars were disguised as refrigerated vans or as passenger cars.

By 1992 the Soviet Union had deployed 92 SS-24s, 36 of which were of the rail-based version. After the collapse of the Soviet Union, all the rail-based missiles were left on Russian territory, but as early as October 1991, Moscow announced they would from now on be stationed in garrisons. Continuing concerns about security were cited, but it’s likely the costs of the system also played a role. Furthermore, since the missiles had been built in what was now Ukraine, further production for Russia was impossible and the supply of spare parts dried up.

The last rail-based SS-24 missiles had been removed from service in 2002 and the last base was liquidated in 2007.

Surprisingly, perhaps, there were rumors that rail-mobile ICBMs might make a comeback in Russia. In 2014, reportedly with the support of the commander of the Strategic Rocket Forces, it was reported that a draft proposal for a modern version of the system was to be completed, named Barguzin, apparently as a counter to the U.S. Prompt Global Strike initiative. Work on the Barguzin was suspended in 2017 but since then, Russa has also unveiled a host of even more exotic strategic delivery systems.

But if the rail-mobile ICBM does ever return to the Russian inventory, it will very likely not feature an inflatable nosecone — the new-generation RS-24 Yars ICBM is already compact enough to fit within a standard-size railroad car, without any such ingenious modifications. 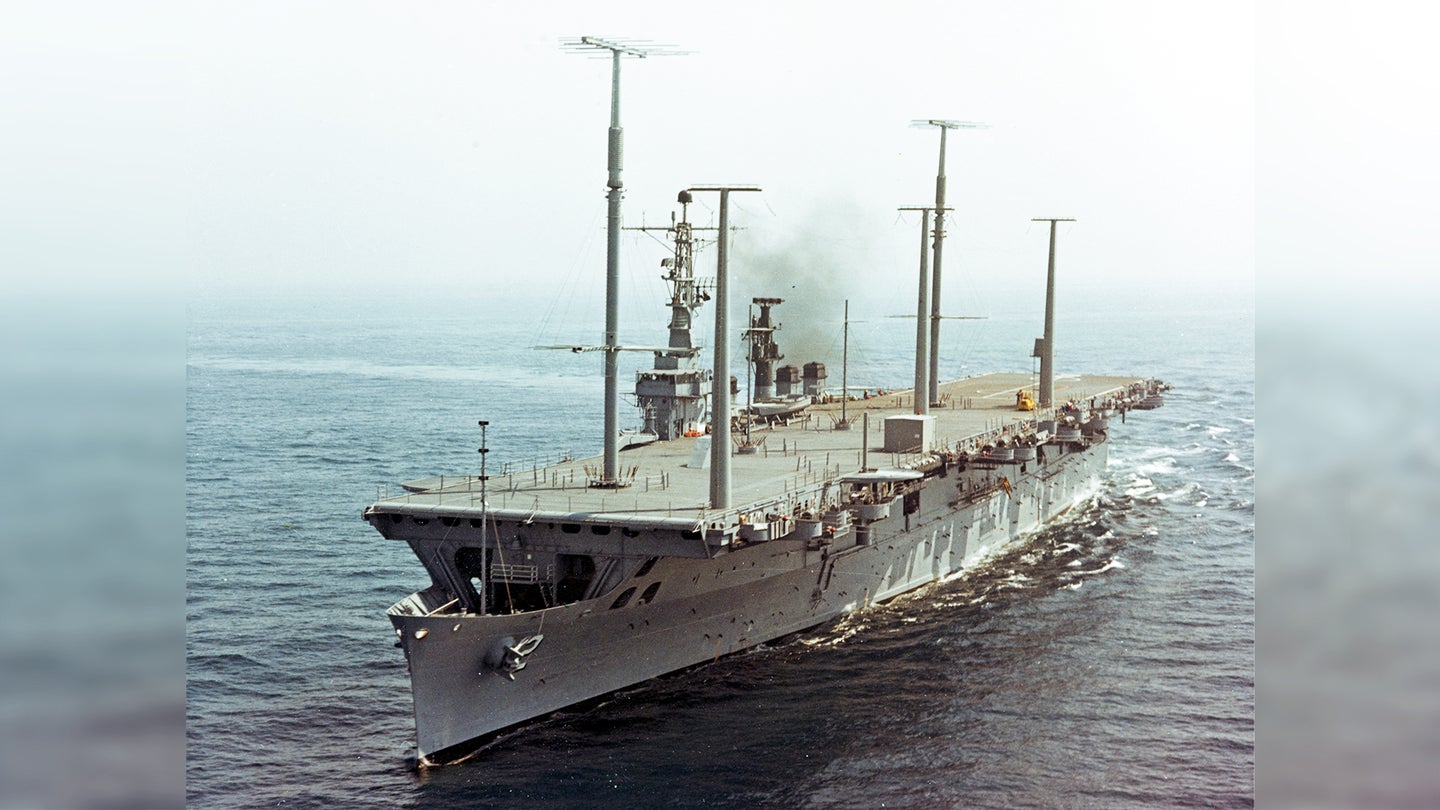 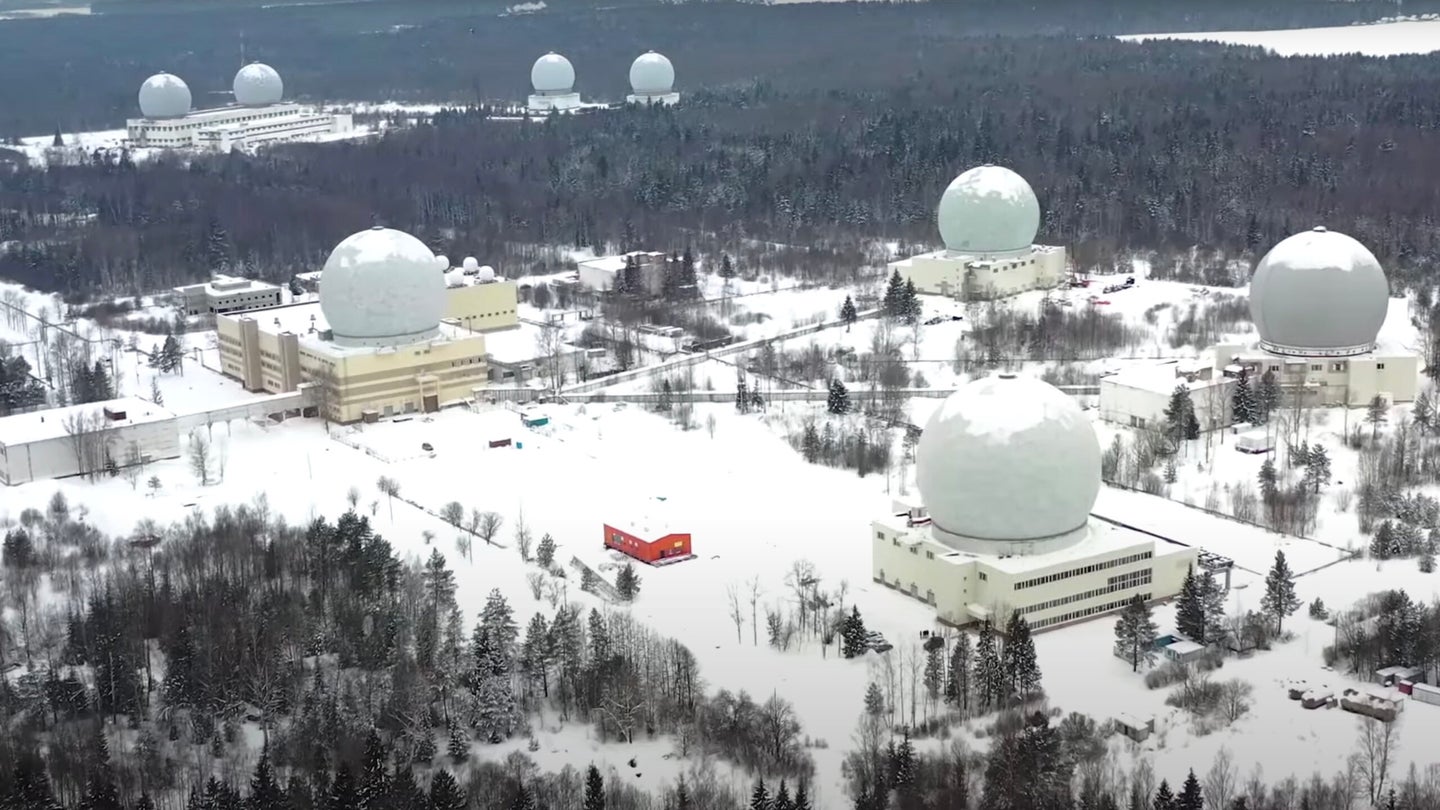 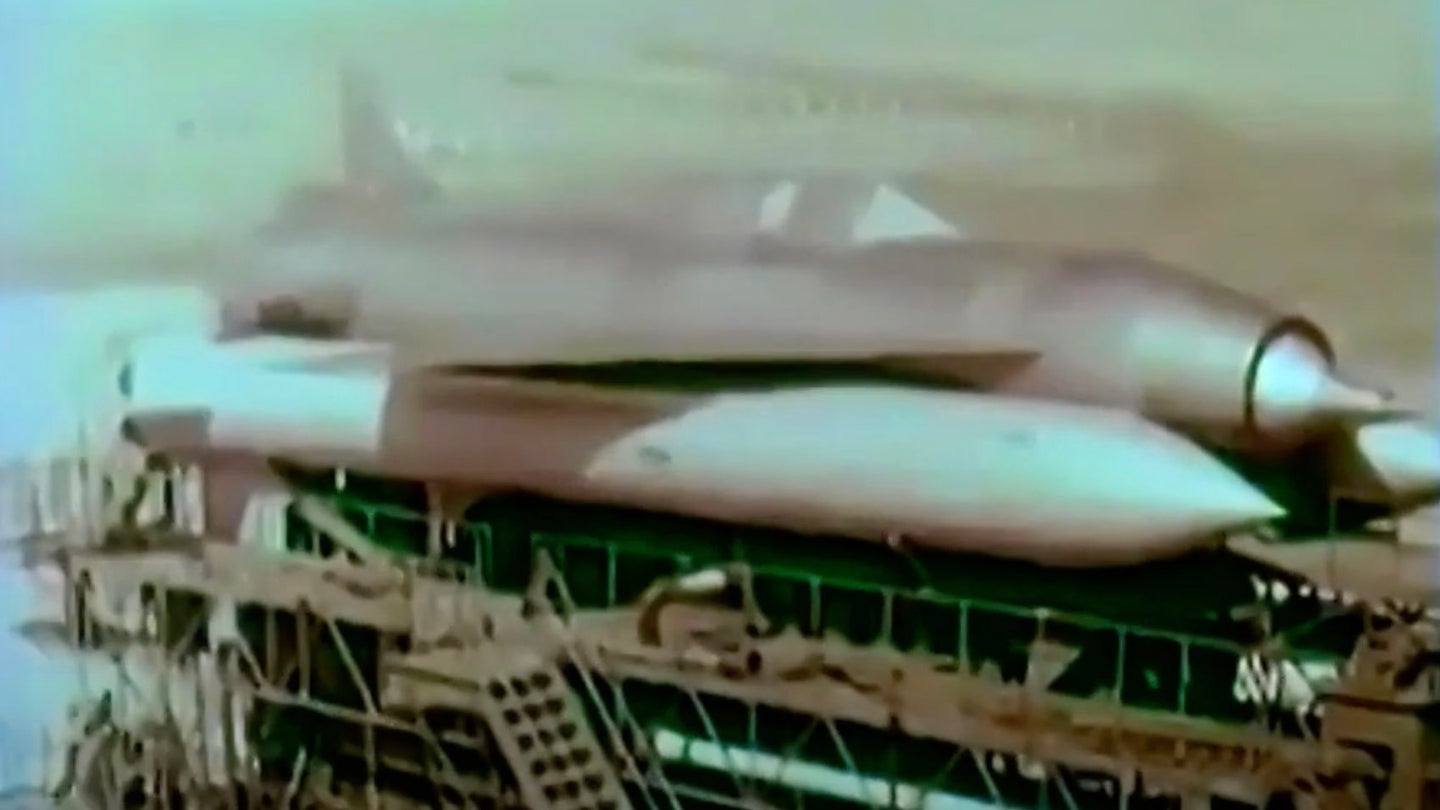