The U.S. Air Force has again pushed back the date for the first flight of its AGM-183A Air-launched Rapid Response Weapon, or ARRW. The launch was supposed to finally occur this week, after being delayed due to unspecified issues last year, but is now expected to take place sometime within the next month or so.

The Air Force Life Cycle Management Center’s Armament Directorate at Eglin Air Force Base in Florida announced on March 5, 2021, that the first ARRW flight, dubbed Booster Test Flight 1 (BTF-1), should occur "in the next 30 days." On Feb. 26, during a presentation as part of the Air Force Association's 2021 Virtual Aerospace Warfare Symposium, Air Force Brigadier General Heath Collins, the service's Program Executive Officer for Weapons, had declared BTF-1 would happen by the end of this week. Before that, this test was supposed to take place before the end of December 2020.

No specific reasons were given for the new delay, but unspecified "technical findings" and the continuing impacts of the COVID-19 pandemic were cited as factors. "The BTF-1 test vehicle is complete and is progressing through ground testing to verify its readiness for flight," General Collins said in a statement.

The Air Force says the test missile was delivered to Edwards Air Force Base in California on March 1. "Immediate work began on pre-flight ground tests and checks to obtain certification for the flight to proceed as scheduled," the service said.

Since 2019, there have been seven captive carry tests involving B-52H bombers carrying instrumented test articles, but not actually releasing them. One such test in December 2020, when the first flight had also previously been expected to take place, did involve going through all of the necessary procedures for an actual launch.

The Air Force has also now provided a full description of the BTF-1 test plan, which is as follows:

The ARRW BTF-1 will demonstrate the booster’s ability to reach operational speeds and collect other important data. In addition to booster performance, the test vehicle will also validate safe separation and controllability of the missile away from the carrier B-52H, through ignition and boost phase, all the way up to separation of a simulated glide vehicle. The simulated glider will not sustain flight, and will safely disintegrate soon after separation. The 412th Test Wing will conduct the ARRW BTF series over the Point Mugu Sea Range in California.

The complete AGM-183A weapon consists of a nose section holding an unpowered boost-glide vehicle attached to a large rocket booster. The rocket brings the vehicle to the optimal speed and altitude, after which it glides along a relatively level flight trajectory at hypersonic speed, defined as anything above Mach 5, toward its target.

The ability of the wedge-shaped boost-glide vehicle to make more unpredictable movements compared to traditional ballistic missiles, while also following a largely atmospheric flight profile, makes it particularly well suited to penetrating enemy air and missile defenses to strike time-critical or otherwise high-value targets with little to no advance notice. This all makes it, at best, very difficult for an opponent to defend against these weapons or even try to relocate critical assets or seek cover before they strike.

While we don't know what the exact issue or issues are that have been delaying the BTF-1 test, wedge-shaped hypersonic boost-glide vehicles have proven to be challenging to develop in the past. The U.S. Army and U.S. Navy are notably developing a common conical boost-glide vehicle that will go on top of ground-based and sea-launched missiles.

However, the Air Force's disclosure that the BTF-1 launch will not include an actual boost-glide vehicle and that the simulated glider is supposed to break up shortly after it is released would seem to point to difficulties with the booster.

"To ensure ARRW is mature for a production decision, the Air Force and Lockheed Martin took deliberate steps to achieve a high level of manufacturing readiness," the Air Force also shared in its release regarding the new flight test schedule for the weapon. "Assembly of the ARRW booster test vehicle on production-representative manufacturing lines is a major step toward this production readiness goal."

The service presently plans to buy at least eight full-up prototype AGM-183As, at least four of which it expects to launch during live-fire testing that is still scheduled to begin later this year. Depending on how successful those tests are, any leftover missiles could be used to help field an early operational capability in 2022.

As it stands now, the B-52H is expected to be the primary launch platform for the AGM-183A. One of these bombers could carry up to four of these weapons at a time, two under each wing. Boeing is reportedly in the process of developing new underwing pylons, dubbed Hercules, each of which would be able to hold three ARRWs, or combinations of other ordnance totaling up to 20,000 pounds. That work appears to follow on from an Air Force requirement that emerged in 2018 for new Heavy Release Capability (HRC) pylons, which the service wanted to be able to accommodate 20,000-pound-class weapons, for the B-52H.

There has also been discussion about potentially integrating the AGM-183A onto the B-1B bomber in the future. At the same time, the Air Force is working with Boeing now to restore the ability of those aircraft to carry various types of additional weaponry on up to six external hardpoints.

How the Air Force ultimately fields ARRW, which is set to be the U.S. military's first operational air-launched hypersonic weapon, will be very dependent on the success of the forthcoming flight test program, which will hopefully kick off later this month. 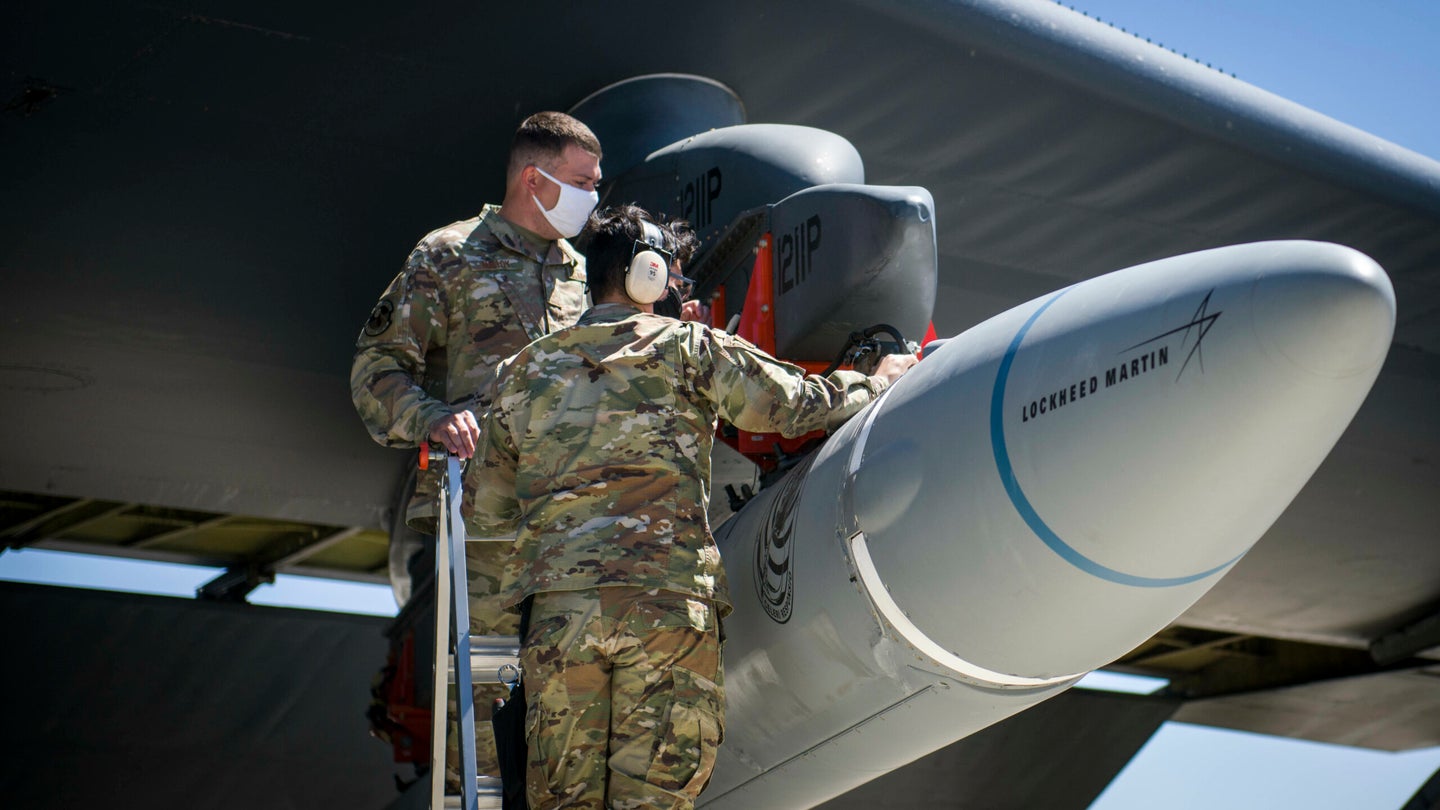 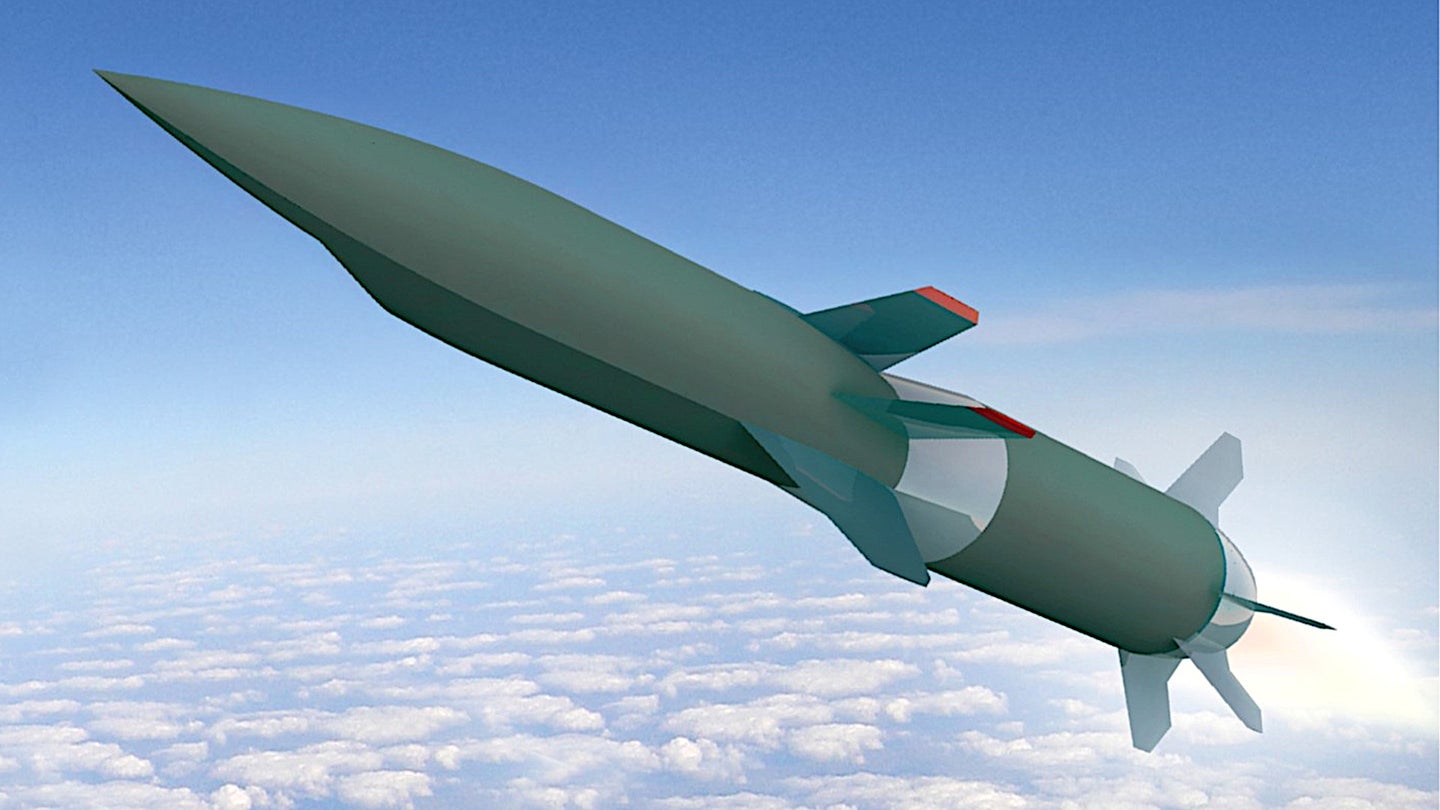 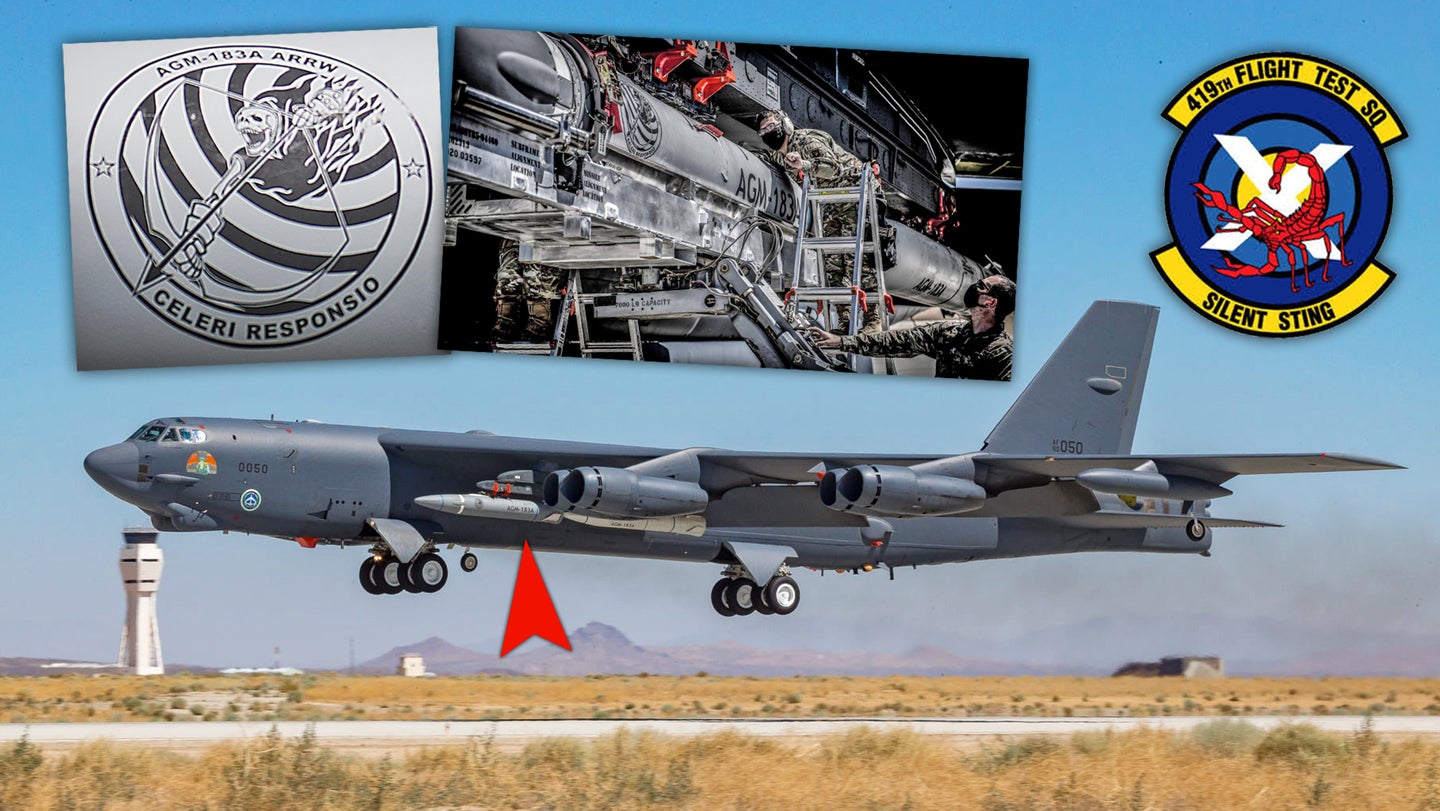 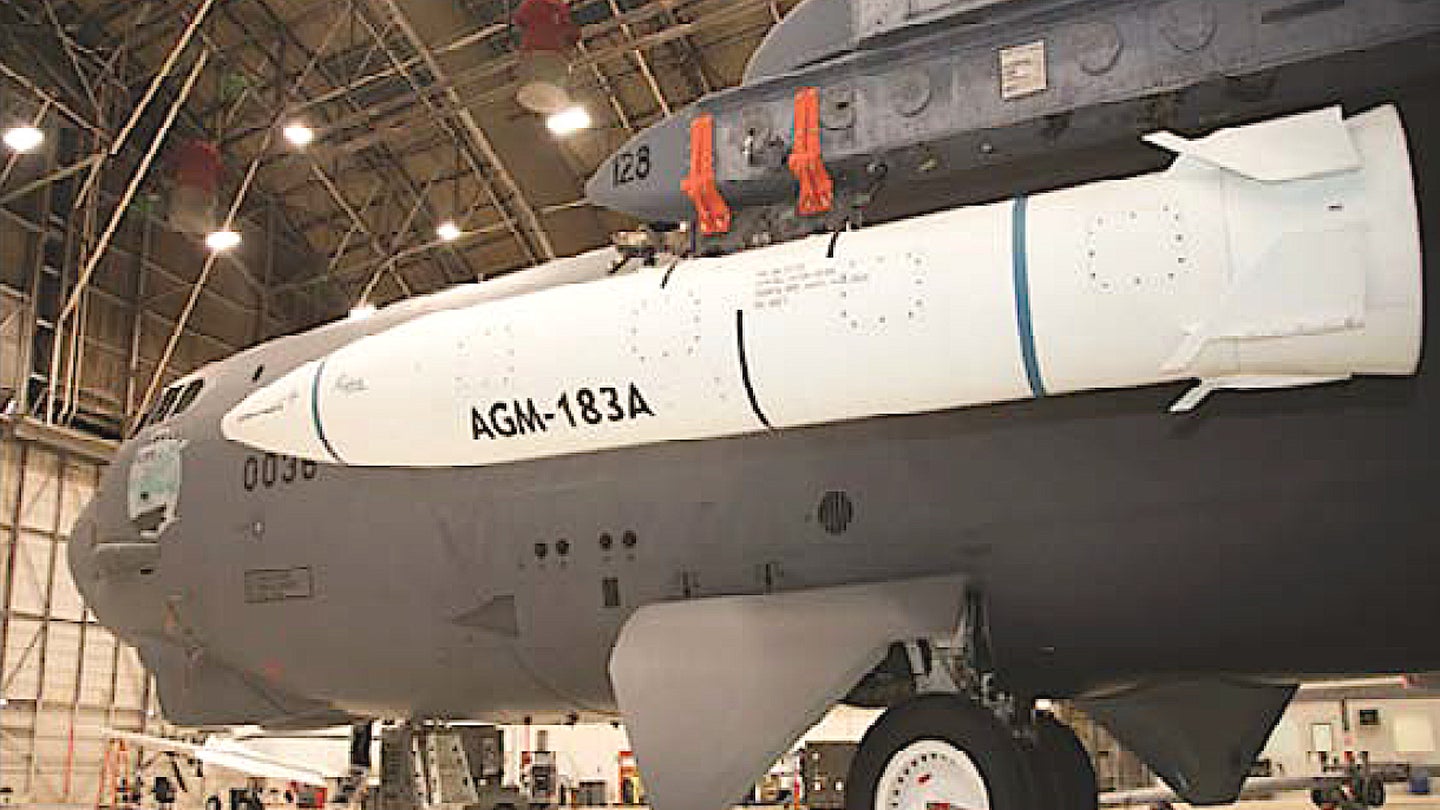