The MB-326M aircraft that went down was being used by the nearby National Test Pilot School at the time. 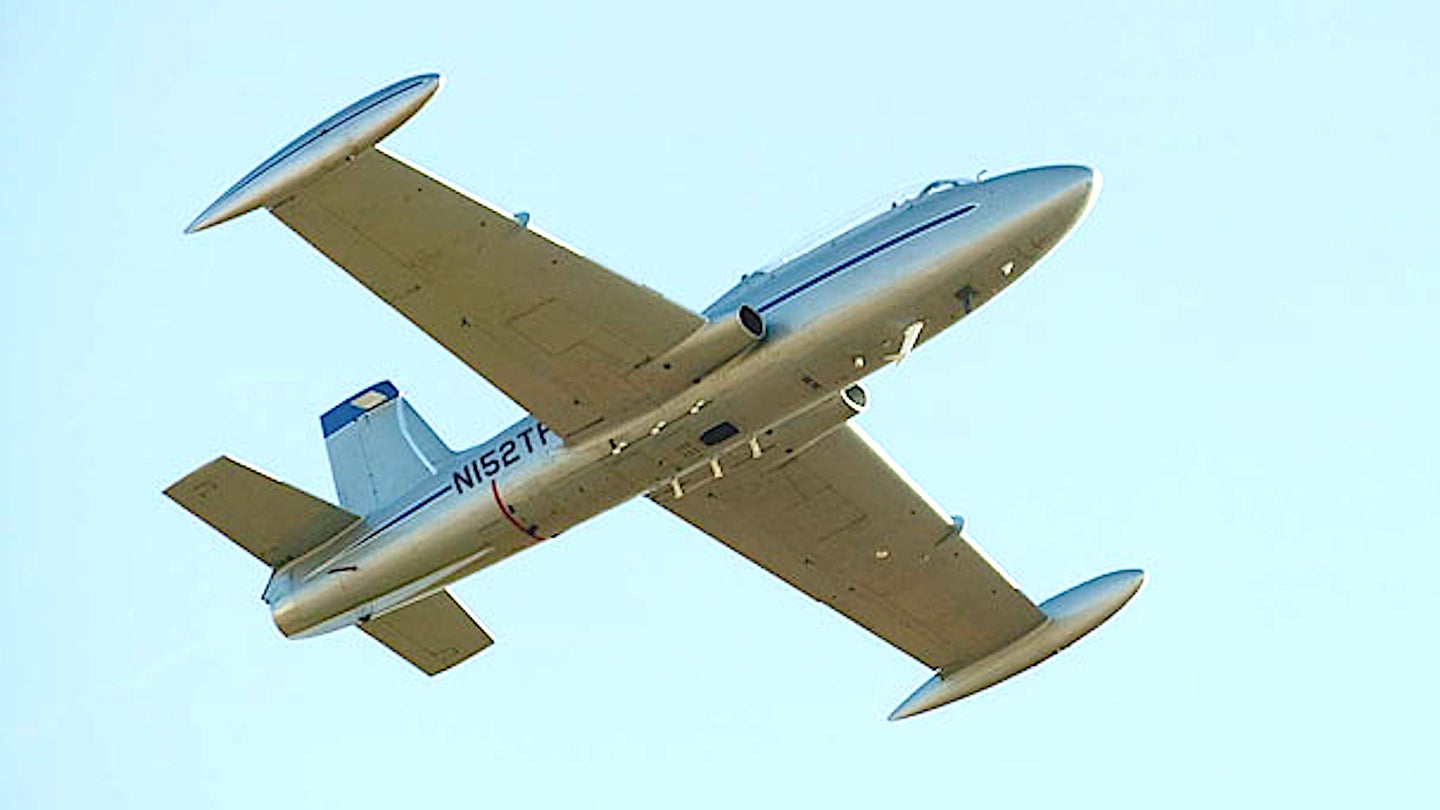 Details are still limited, but a contractor-owned and operated Aermacchi MB-326M jet trainer used by the National Test Pilot School, or NTPS,  crashed near Edwards Air Force Base in California earlier today. Both individuals on board the aircraft ejected safely, according to NTPS.

The mishap occurred between approximately 10:10 AM and 10:20 AM local time, according to officials at Edwards and at NTPS. "A non-military aircraft originating from the Mojave Air & Space Port crashed in an uninhabited area of Edwards Air Force Base," a brief statement from Edwards said. "For more information, please contact the National Test Pilot School."

"An MB-236 Impala jet trainer operated by the National Test Pilot School crashed at 10:10am PST about 10 mi. NW of Edwards AFB today," NTPS said in their own subsequent statement, according to a Tweet from Steve Trimble, Aviation Week's Defense Editor. "Both crew members ejected safely from the aircraft. NTSB [National Transportation Safety Board] has been notified."

Flight tracking software had shown the contractor-owned and operated Aermacchi MB-326M jet trainer used by the National Test Pilot School flying in circles over the desert just to the west of Edwards before the feed suddenly stopped. The MB-326M in question, technically an Impala Mk I version built under license in South Africa, has the U.S. civil registration code N155TP and belongs to Flight Research, Inc., which is based out of the Mojave Air and Space Port, situated less than 20 miles to the northwest of Edwards.

Flight Research provides various aircraft, including its Impalas, to the National Test Pilot School (NTPS), the only civilian test pilot school in the United States, which also operates out of Mojave.

N155TP stopped being visible on flight tracking websites around 10:04 local time. A Douglas DC-3 belonging to the Commemorative Air Force (CAF) in Texas, which had earlier taken off from Edwards, appeared to be diverted to orbit over what could be the crash site. It is not uncommon for air traffic controllers to ask available nearby aircraft to help get immediate information about mishaps or other potential hazards.

There are also unconfirmed reports on social media that a search-and-rescue (SAR) helicopter arrived at the crash site and recovered the two individuals who had ejected, and who are reportedly safe and sound. One of NTPS' UH-1N Twin Huey also subsequently arrived on the scene, but it's unclear if this is the SAR helicopter from the other report.