The U.S. Air Force Thunderbirds have been down at Naval Air Facility El Centro—which serves as the U.S. Navy Blue Angels' winter training grounds—to do some cross-team familiarization and training over the last week. The two flight demonstration teams have a tremendous amount in common, not just in their missions, but as to how they execute their routines. Now they have given the world a little surprise, debuting a super formation the likes of which we have never seen before called the "Super Delta."

The combined formation includes the primary six jets from each team, with the six F/A-18E/F Super Hornets that now make up the Blue Angels Delta at its center, and two formations of three Thunderbird Block 52 F-16C/D Vipers on each wing. It's one impressive monster of a formation, as you can see in the images the teams have provided.

The two squadrons have become more closely knit than ever before after much of their 2020 show season was cut short due to the COVID-19 pandemic. What followed was a tour across the country, with many high-profile stops featuring both teams flying complex routes over hospitals and other care centers to salute the men and women who fight every single day on the front line of the still ongoing nightmare of a public health calamity. Even during those intricate flyovers, they never pulled off a unique combined formation like this.

For the Blue Angels, the 2021 season, whatever it turns out to look like, is a monumental one. The team has ushered in the era of the F/A-18E/F Super Hornet after decades of flying the F/A-18A-D Legacy Hornet, as well as welcoming a new Fat Albert transport in the form of a far more capable C-130J that was procured second-hand from the U.K. Royal Air Force.

We can only expect that we will see more of this unique display which really highlights the enhanced cooperative spirit between the Pentagon's most prolific aerial ambassadors that has grown out of the pandemic.

It seems that this tweet from the T-Birds says they are going to officially debut this formation to the public on Memorial Day. 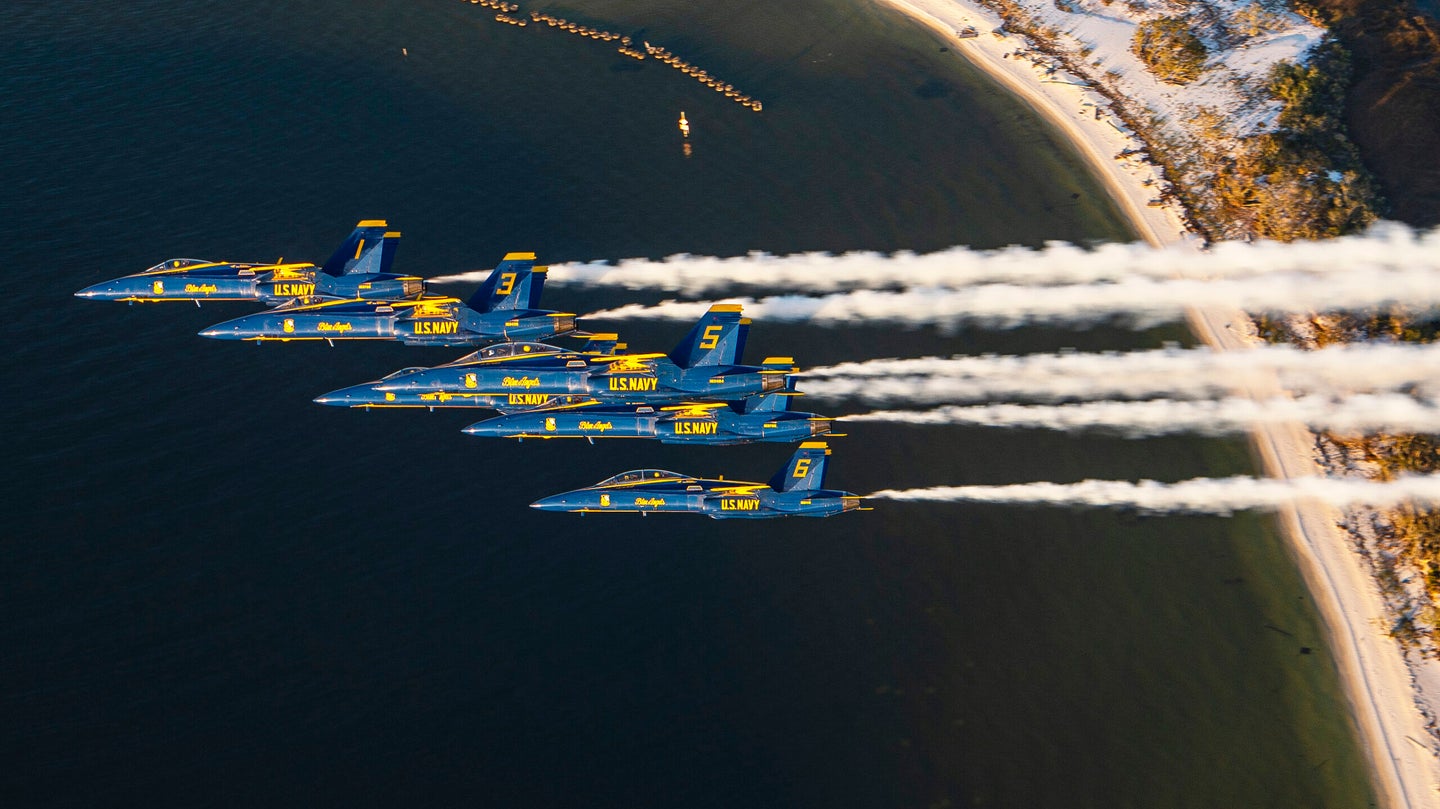 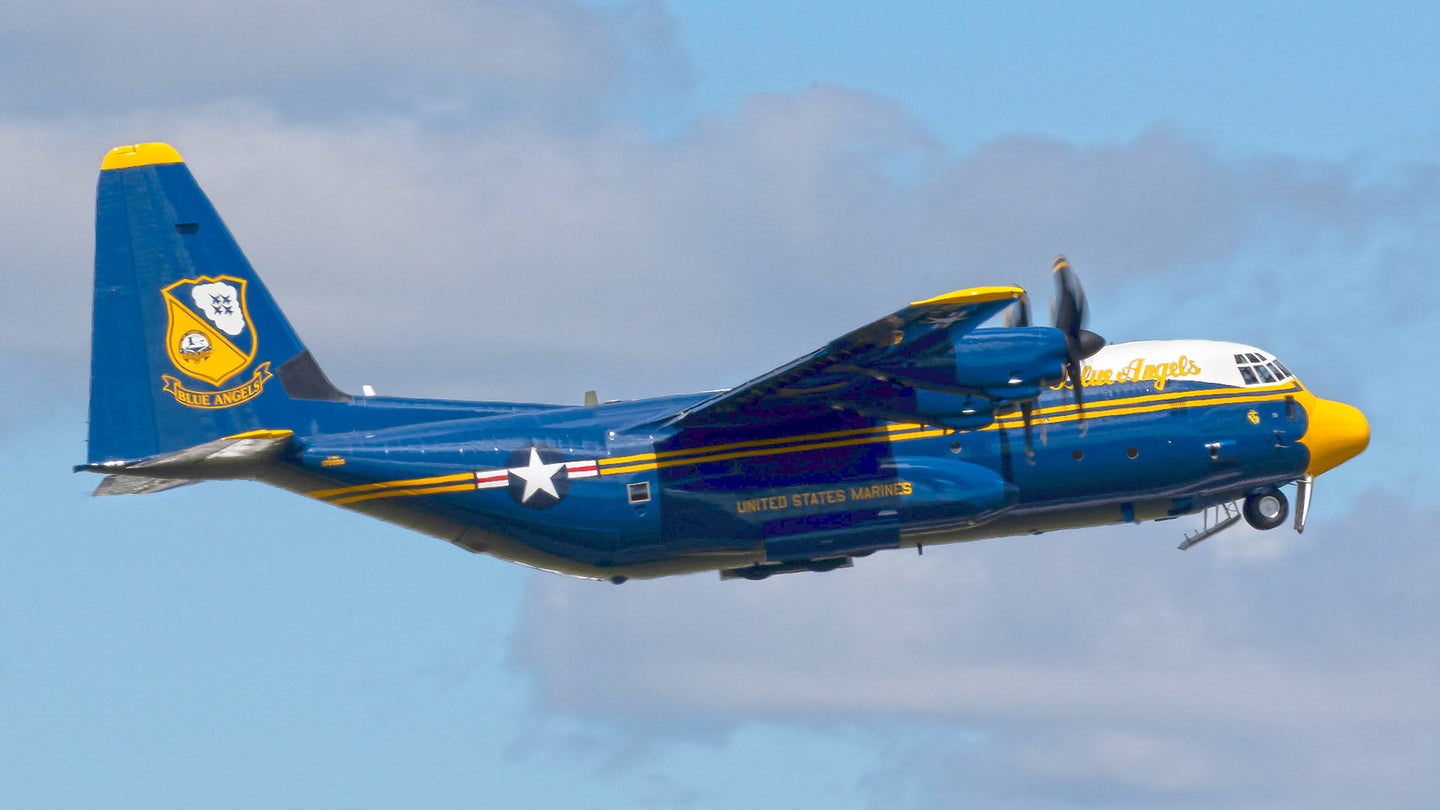 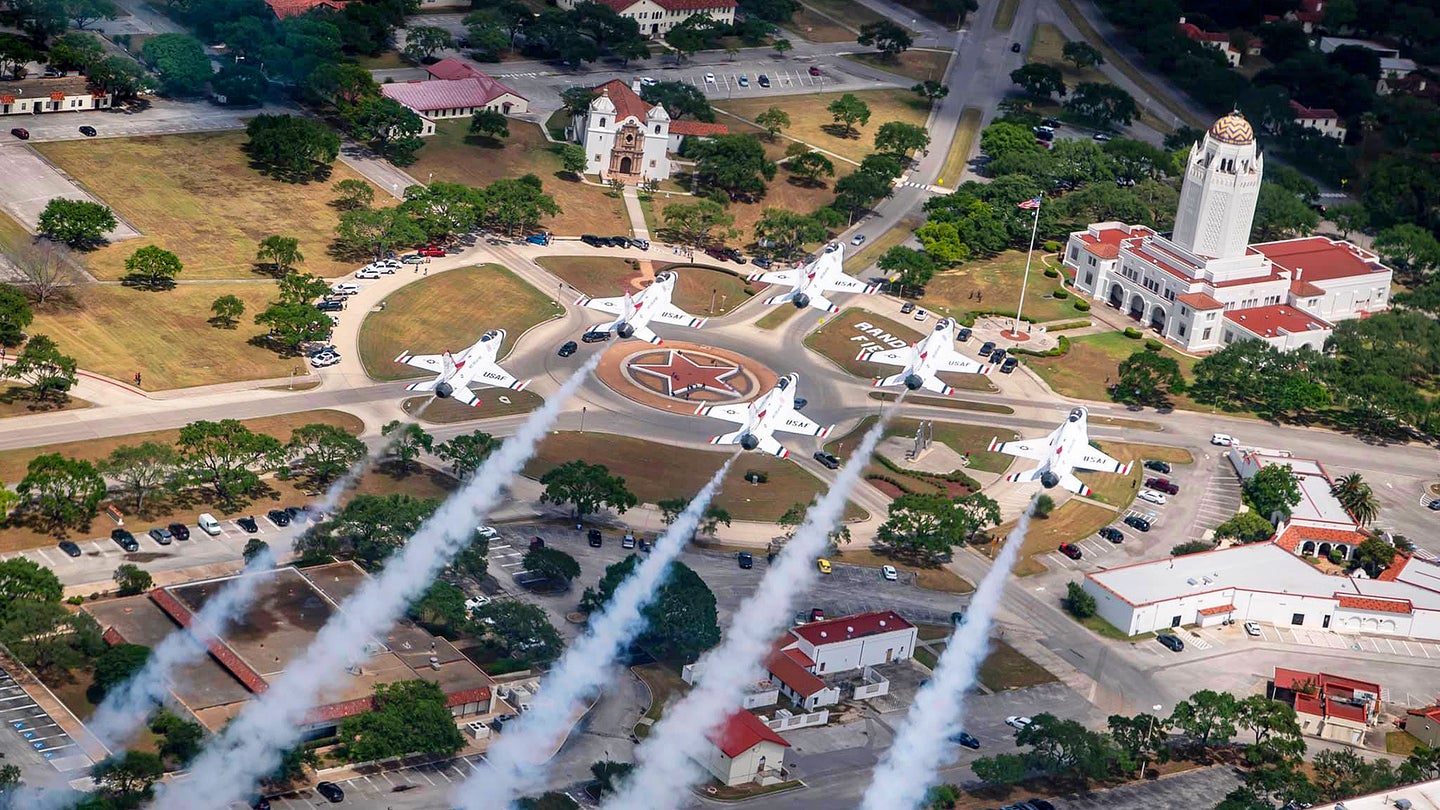 The team says the recent flyover of Southern California was their last even though it was thought more were originally in the works. 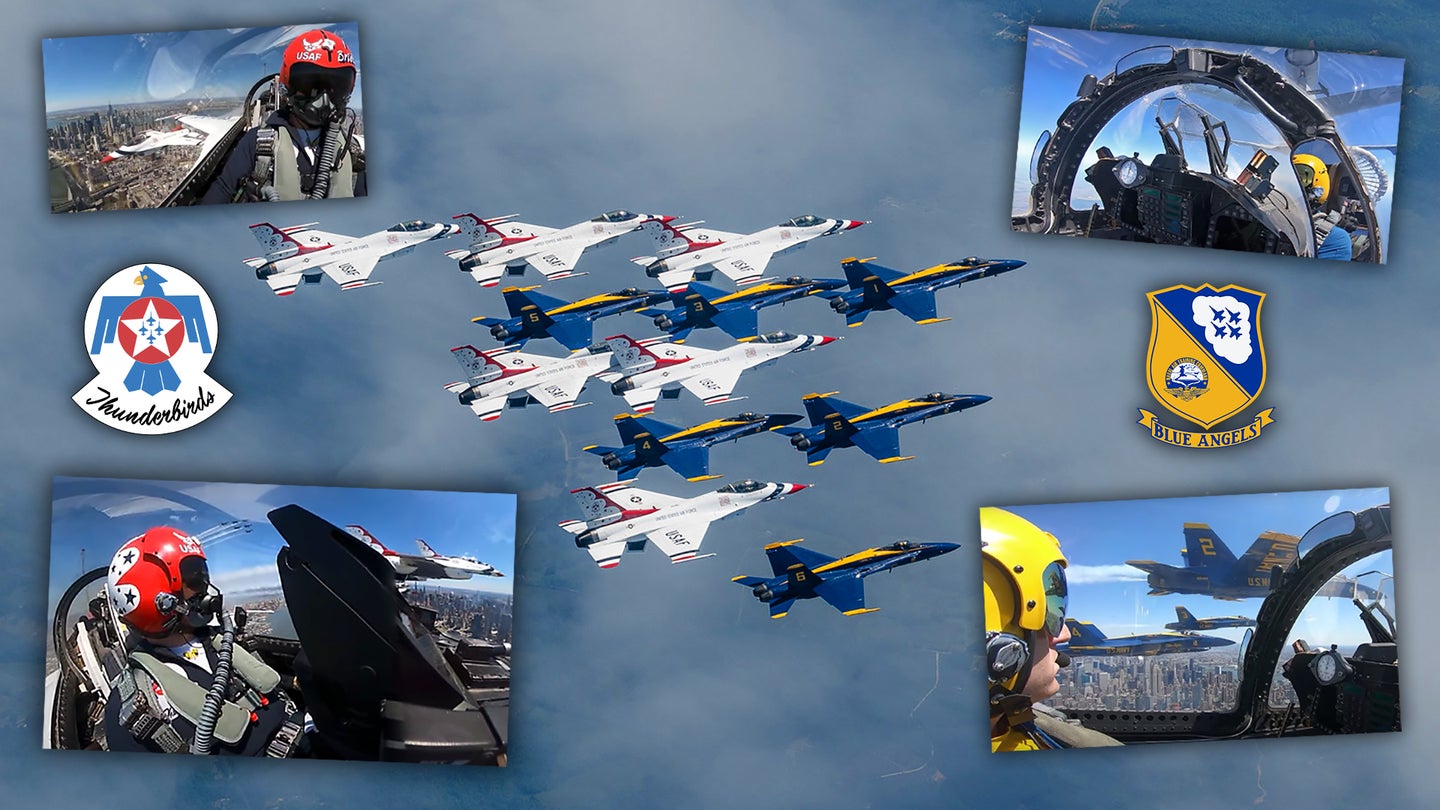 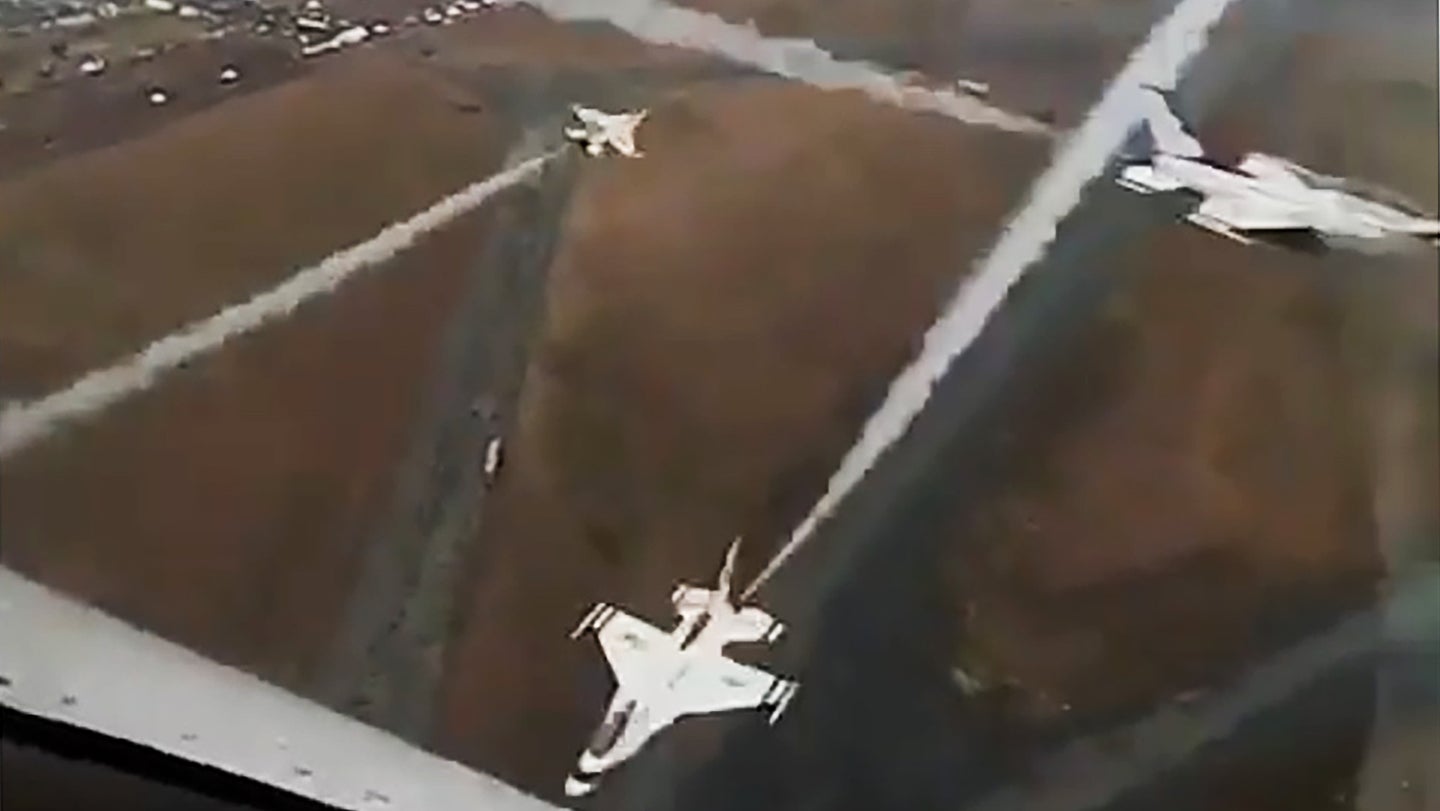