The U.S. Air Force recently led a major exercise in and around Europe that also included elements from other branches of the U.S. military and various NATO allies. The event included F-15E Strike Eagle crews going through the tactics, techniques, and procedures that would be involved in carrying out cruise missile strikes in the strategic Baltic Sea region, home to a major Russian military outpost, using AGM-158 Joint Air-to-Surface Standoff Missiles, or JASSMs. There was also a base defense scenario centered on protecting against incoming missile and drone strikes, in which F-35 Joint Strike Fighters helped move important data between personnel at Ramstein Air Force Base in Germany and U.S. Army air and missile defense units.

U.S. Air Forces in Europe (USAFE) led the exercise, which was described as a test of the U.S. military's new Combined, Joint All-Domain Command and Control (CJADC2) concept. CJADC2 is an extension of the service's Advanced Battle Management System (ABMS), a multi-faceted over-arching effort focused on improving networking and associated capabilities. The Department of the Air Force’s Chief Architect’s Office, which directly supported this recent USAFE event, is in charge of managing ABMS together with the Air Force Rapid Capabilities Office (RCO). This demonstration in Europe also served as the fourth so-called "on-ramp" event for the ABMS program, previous examples of which have been intended to showcase various new and improved technologies working together within this broader architecture, according to Air Force Magazine.

“Conducting a complex and real-world focused CJADC2 demonstration allowed our joint and allied team to find areas where we can innovate with systems we already have and also to identify areas where our warfighters need assistance from the Air and Space Forces’ Chief Architect’s Office,” Air Force General Jeff Harrigian, head of USAFE, said in a statement. "There are areas where we can continue to improve and where technology can help us streamline our network systems to ensure all of our disparate networks can communicate and ease the workload on our Airmen."

"Future conflicts will be with technologically advanced adversaries – and will be contested – so a distributed but integrated system of command and control is critical if we’re to compete and win," Preston Dunlap, the Department of the Air Force's Chief Architect, added. "Our USAFE counterparts working with our allies and partners during this CJADC2 event was extremely productive and helped us push the ball down the field on digitally connecting the joint force."

A core component of the CJADC2 exercise in Europe was a mock operation using a force package made up of F-15E Strike Eagles and F-15C Eagles from the 48th Fighter Wing based at RAF Lakenheath in the United Kingdom. It's not clear whether the F-15Es were actually carrying AGM-158 JASSMs, either inert or live, but the scenario involved them preparing to strike targets in the Baltic Sea region.

Strike Eagles are a go-to platform for employing these highly capable stealthy cruise missiles, something you can read about in greater detail in this past War Zone piece. The F-15Cs, which are not capable of carrying out air-to-ground operations, would have been acting as escorts, but the Air Force did not confirm this.

In line with the core network objectives of the demonstration, "the U.S. and U.K. also provided intelligence, surveillance and reconnaissance airborne assets to support the targeting and command and control," including an E-8C Joint Surveillance Target Attack Radar System (JSTARS) battle management aircraft, during this particular segment of the exercise, according to the Air Force. "These assets were able to integrate targeting and sensor information with other Air Force entities, including the 603rd Air Operations Center and the Deployable Ground System, as well as joint assets from the U.S. Army and a U.S. Navy P-8 Poseidon."

The service also did not specify what the F-15Es targeted during the exercise. However, the Baltic Sea region is notably home to Russia's strategic, geographically separated Kaliningrad enclave, which is situated between Poland and Lithuania. Those countries, as well as the other two Baltic States of Estonia and Latvia, are all NATO members.

Kaliningrad is effectively a large military base that serves as the headquarters for the Russian Navy's Baltic Sea fleet, as well as a forward staging point for combat aircraft, ground-based ballistic and cruise missiles, and anti-ship and anti-aircraft defenses. It is an important node in the Kremlin's regional anti-access and area-denial posture. The Baltic Sea also leads to the Gulf of Finland and St. Petersburg, another major Russian naval hub.

In addition, while we can say for sure what the targets laid out in this demonstration might have been, it's worth remembering that the Air Force admitted last year to conducting an exercise in the Black Sea in which Air Force B-1B bombers practiced the tactics, techniques, and procedures required for the employment of the AGM-158C Long Range Anti-Ship Missile (LRASM), a derivative of the JASSM. This was a message aimed at Russia, and its Black Sea fleet, specifically. Regardless, in the event of any major conflict in the Baltic region with Russia, Air Force cruise missile strikes would be an important way to target Russian defenses, helping to pave the way for follow-on strikes, as well as other critical assets in and around the Baltic.

The Air Force said that the base defense portion of the CJADC2 exercise occurred simultaneously with the cruise missile and drone segment, but it is not clear if the former was meant to reflect a response to the latter. We also don't know what types of cruise missile threats the service simulated during the demonstration. However, A-4 Skyhawk aggressor jets from the private adversary air support services company Top Aces took part in the exercise. Often times aircraft like this are used to simulate incoming subsonic cruise missiles.

Pictures the Air Force subsequently released showed the use of small quad and hexcopter-type drones, as well. These kinds of unmanned systems can be relatively easily modified to carry small munitions in addition to being able to carry out surveillance and otherwise harass friendly forces. When operating in groups, especially large swarms, they represent very real threats to U.S. forces at home and abroad, something The War Zone

has highlighted on multiple occasions in the past. Some of these drones may also have been used to provide additional situational awareness for friendly forces during the exercise.

"Dutch F-35 Lightning IIs also participated in the demonstration as communication links between base defense arrays [at Ramstein] as well as the 10th Army Air [and] Missile Defense Command," the service said about that part of the demonstration. There have been multiple demonstrations in the past involving the use of F-35s as platforms to provide offboard targeting information, as well as communications relay nodes, including in support of missile defense operations. The Joint Strike Fighter offers an impressive array of sensor and other data fusion capabilities that make it an ideal choice for this kind of mission.

The 10th Army Air and Missile Defense Command (AAMDC) primarily oversees the service's air and missile defense assets in Germany, which including Patriot surface-to-air missiles and Avenger short-range point-defense systems. However, the command also serves as centralized air and missile defense manager in Europe and has supported the deployment of other assets, including Terminal High-Altitude Air Defense (THAAD) batteries, to the region in the past.

Ramstein is notably home to an Air Force element charged with testing and evaluation expeditionary base defense concepts, called the Ramstein Air Base Air Defense System Integration Lab, or RADSIL. Since December 2019, RADSIL has support tests and demonstrations of various radars and other sensors, as well as command and control systems. A previously released briefing slide, which Steve Trimble, Aviation Week's Defense Editor, posted on Twitter last year, said that the lab planned to contribute a command and control system to this recent exercise that would feature the Lattice artificial intelligence-driven sensor and data fusion architecture from defense contractor Anduril. It was also expected to provide "automated decision support" for the demonstration.

One of the Air Force's main goals for ABMS has been to find ways to better link "sensors and shooters" to not only shorten the time it takes to react to threats, but also engage them in the most efficient manner. The Army has also been working along similar lines as part of its Integrated Battle Command System (IBCS), which you can read about in more detail in this past War Zone feature.

It's also interesting to note that Ramstein experienced a still largely unexplained incident last year in which various kinds of alerts were issued about an incoming missile strike. The Air Force later said that a missile launch had occurred in the region, but that the base and its surrounding communities were never in any danger. The service has still not confirmed who fired the missile that triggered the entire affair, which might have been launched as a part of a Russian drill that was taking place at the time, or how and why the false alarm occurred as a result.

Other Air Force elements, in Europe and the United States, also supported the demonstration. This included the service's Kessel Run software incubator, which supplied a "Command and Control, Incident Management, and Emergency Response Application," and the 341st Missile Wing at Malmstrom Air Force Base in Montana that "contributed by exploring various communication methodologies and technologies in support of a common operating picture."

The Space Force, the U.S. military's newest branch, also took part, with the 16th Space Control Squadron at the Peterson-Schriever Garrison in Colorado providing what was described as "Multiband Assessment of the Communication Environment." USAFE Commander General Harrigian said that private company SpaceX took part in the demonstration with its Starlink broadband internet satellite constellation, which has been a feature in previous ABMS events, as well, according to Air Force Magazine.

It is worth remembering that the over-arching CJADC2 and ABMS architectures, among others being developed across the U.S. military, such as the Army's IBCS, remain very much in development. At the same time, as this demonstration highlights, many of the components the services want to link together are already in use to various degrees.

“A truly connected joint force can’t happen without strong partnerships with our combatant commands and major commands in overseas theaters," Dunlap, the Air and Space Forces’ Chief Architect, said. "Our methodology for these Department of the Air Force demonstrations is to take our technology to the warfighter and to iterate and innovate alongside them during these demonstration sprints."

Exercises like this one in Europe only underscore the immense value that could be had by adding greater network connectivity between such diverse assets. 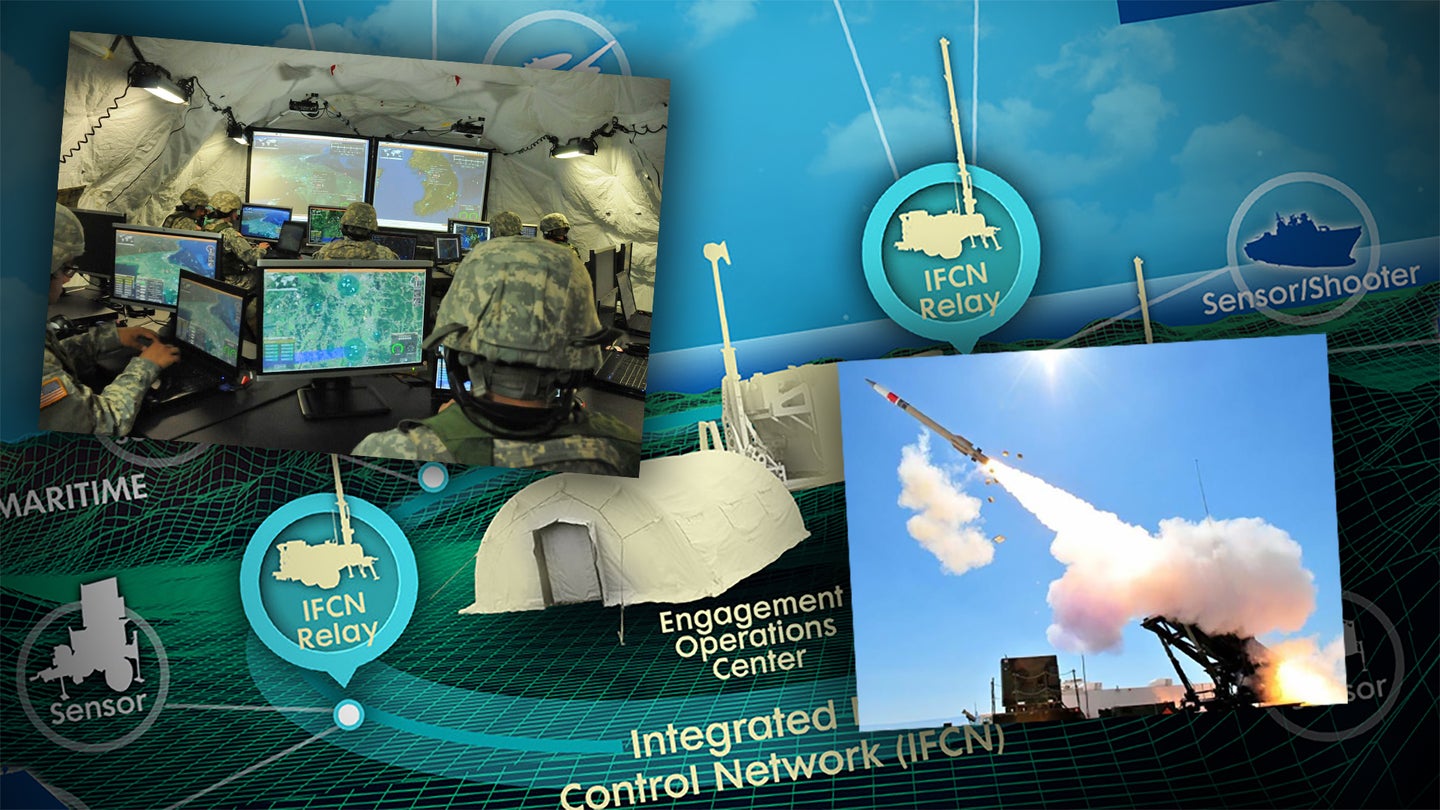 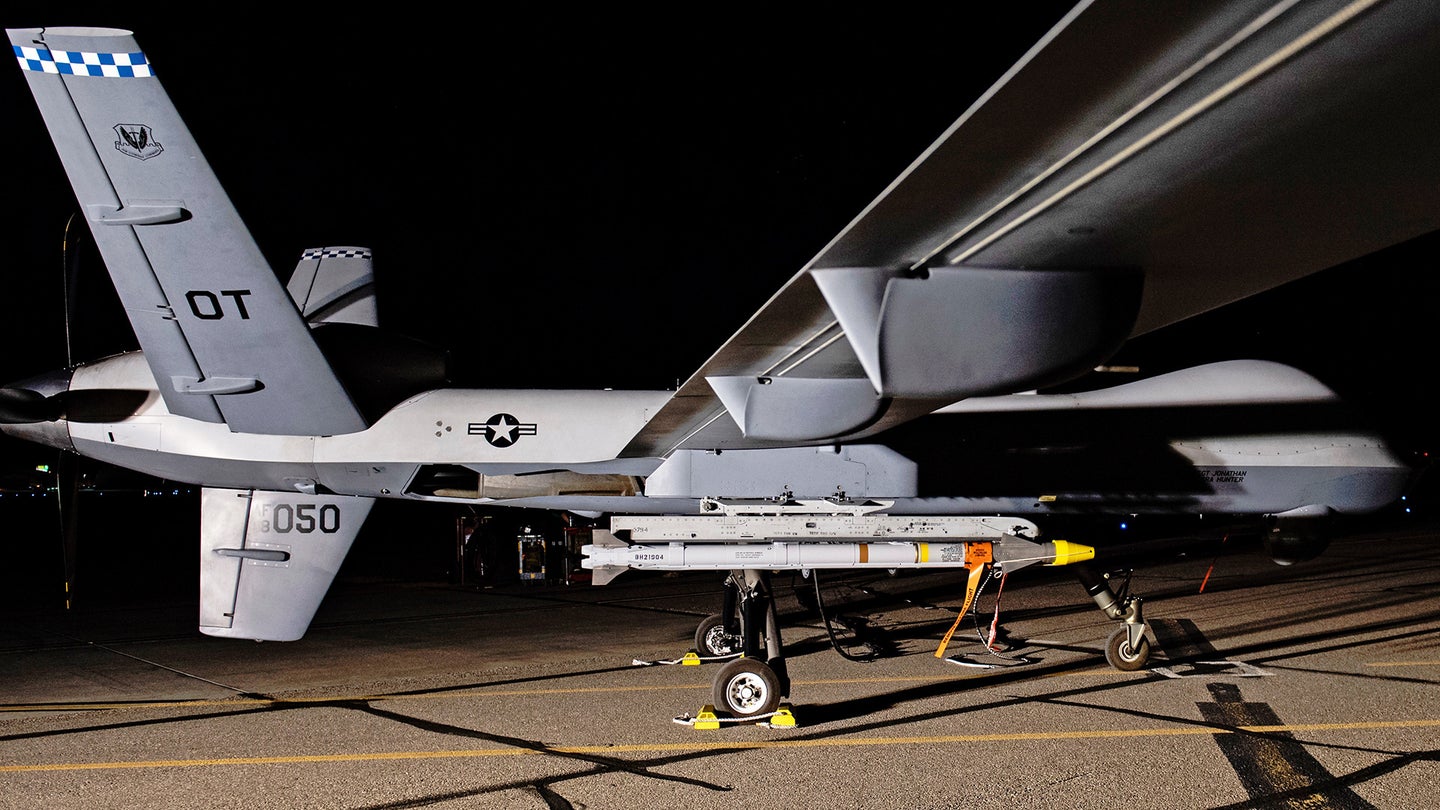 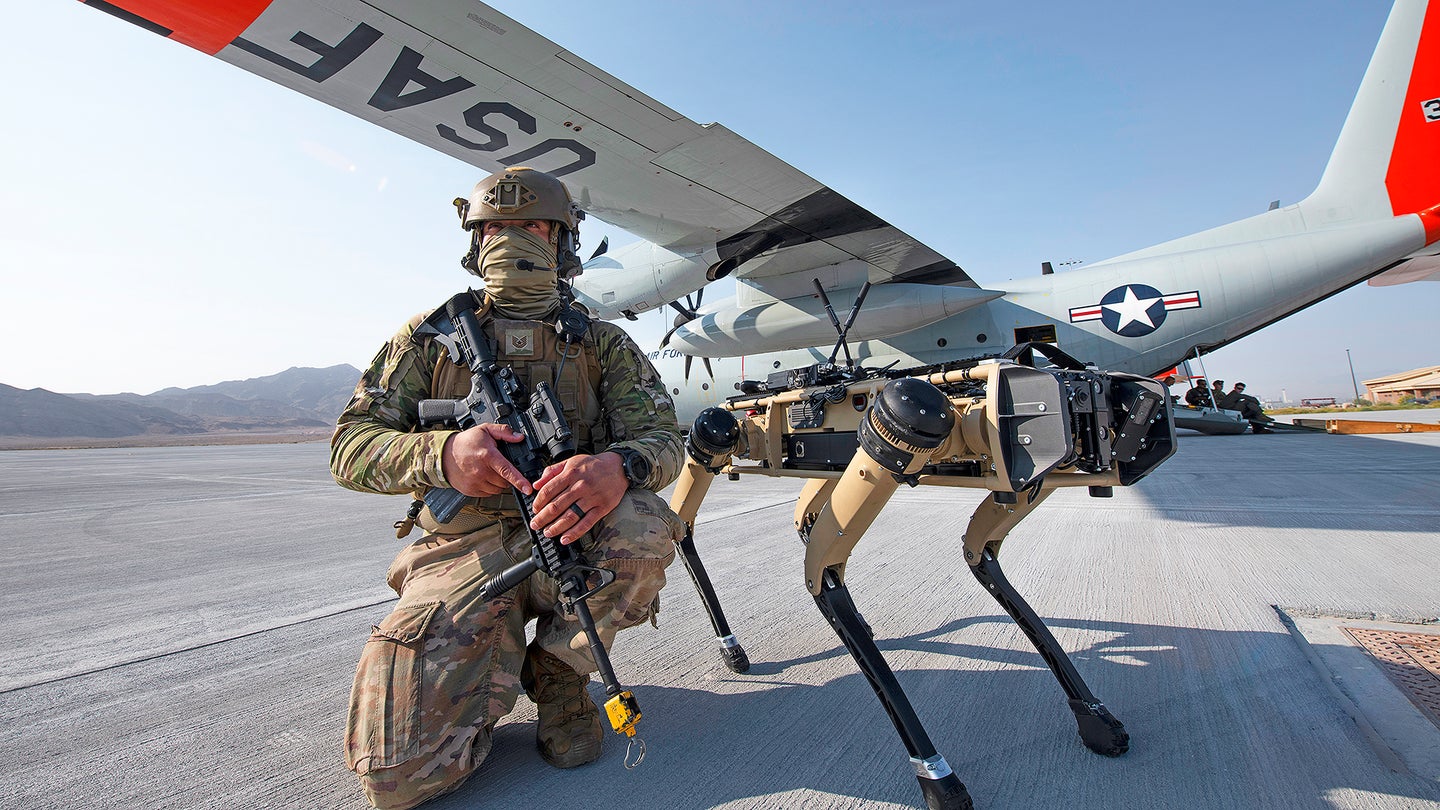