The design is primarily intended to validate new digital engineering tools and techniques, but that could be just the beginning.

Lockheed Martin's Skunk Works advanced projects bureau has officially revealed the design of its secretive Speed Racer air vehicle. The missile-shaped unmanned system is ostensibly intended to serve as an experiment in digital engineering techniques, but has the potential to be the basis for future swarming drones and low-cost cruise missiles.

Steve Trimble, Aviation Week's defense editor and friend of The War Zone, was first to report on the new information about Speed Racer. He was also able to confirm that a computer-generated segment in a video Lockheed Martin had released ahead of the Air Force Associations' 2021 Virtual Aerospace Warfare Symposium, which wrapped up yesterday, did indeed depict this air vehicle. The company similarly acknowledged that a rendering it released last year was also of Speed Racer.

The video, seen below, shows that Speed Racer is a relatively small design that is air-launched. After release, the vehicle deploys a pair of pop-out wings, as are seen on many cruise missiles. There is a fairing with grid-style fins at the rear of the system, which looks to be a plug that fits into the engine exhaust to keep the vehicle as aerodynamic as possible prior to launch and during separation from the launch platform, which is also seen falling away.

The speed racer segment of the video below begins at around 0:48 in the runtime.

Trimble noted that the launch aircraft in the stills from the Speed Racer video appears to be a twin-engine Beechcraft 1900 turboprop, but it's not clear if this reflects an actual planned future test. It is worth noting that the U.S. Air Force's 586th Flight Test Squadron at Holloman Air Force Base in New Mexico does have a single C-12J, the U.S. military designation for the Beechcraft 1900, that has two hardpoints under its fuselage for the carriage of various stories and test articles.

Beyond what we can see in the video, information about Speed Racer remains limited. Aviation Week had also been the first to report earlier this month that unspecified tests of this system on the ground were expected to begin very soon and that it would be powered by an engine from Technical Directions Inc. (TDI). Since 2019, TDI has been a wholly-owned subsidiary of drone-maker Kratos.

Joe Pokora, a program manager at Skunk Works, had only disclosed the existence of the program at that last iteration of AFA's main annual conference, which took place in September 2020. He said at that time that Speed Racer was an acronym, but its meaning has yet to be disclosed.

"The ultimate capability of the system is really not what the project is focusing on," Pokora added. “What we are really working to do is show how we use the toolset and how we implement [it], starting from a one-page concept, and [bringing] that all the way through flight."

The toolset that Pokora was referring to is known as StarDrive. Skunk Works is already well-known as a pioneer in rapid prototyping and development concepts and a leader in the use of high-fidelity modeling and other digital techniques to get from paper to a flying prototype as quickly as possible.

This is also an area that the U.S. military, and the U.S. Air Force in particular, are becoming increasingly interested in. In September 2020, Secretary of the Air Force Barbara Barrett announced that her service would begin referring to aircraft developed with a heavy emphasis on digital engineering using so-called "eSeries" designations.

The first design to receive this categorization was the Boeing-Saab T-7A Red Hawk jet trainer, now also referred to as eT-7A, which the Air Force said "embraced model-based engineering and 3D design tools which reduced assembly hours by 80% and cut software development time in half." The service has also said that digital engineering is a major focus in its Next Generation Air Dominance (NGAD) program, a system-of-systems approach to developing new aerial combat capabilities that you can read about in more detail in this past War Zone piece.

From what little Lockheed Martin has shared so far, the main focus of Speed Racer is to validate the StarDrive toolset. "Lockheed built the StarDrive to reduce the time and cost of producing and operating new flight vehicles for the military," the Aviation Week story from earlier this month had explained.

"The image is a conceptual render of an IRAD [Independent Research and Development] funded effort, which demonstrates how we are applying a digital end-to-end framework for design and development of new technology," Lockheed Martin had also told The War Zone last year after we reached out about artist's conception of what we now know is Speed Racer. It's not clear where IRAD funding came from specifically. IRAD is a mechanism through which entities within the Department of Defense can reimburse companies for work that was done independently, but that may be of interest to the U.S. military.

Still, while we may not have much information so far about the Speed Racer vehicle and how Lockheed Martin has and will continue to use StarDrive in its development, it is very interesting to note that the design has some broad similarities to the X-61A drone. A team led by Dynetics and that also includes Kratos designed that vehicle for the Defense Advanced Research Projects Agency's (DARPA) Gremlins program, which is focused on demonstrating the concept of a low-cost drone swarm made up of unmanned aircraft that can be launched and recovered by a mothership aircraft in flight.

Gremlins conducted its most significant test flights late last year, but, despite multiple attempts, a modified C-130 failed to recover any of the drones in flight as planned. Kratos has since disclosed that these flights did succeed in demonstrating "safe operation of the XQ-61A Gremlins in range and in close formation with the Manned C-130 Recovery Vehicle." That company also said that additional flight testing is planned for this spring and "a new additional phase of demonstrations will focus on Gremlins operational capabilities, including with the Gremlins performing, suppression and destruction of enemy air defense missions and that this demonstration will involve integrating intelligence, surveillance and reconnaissance sensors and certain autonomy with the Gremlins drones."

You can read more about those tests, and the Gremlins program as a whole, in this past War Zone piece.

The Speed Racer design is even more reminiscent of a test article that Northrop Grumman and Griffon Aerospace developed for the Air Force Research Laboratory's (AFRL) Gray Wolf program, which began in 2017 and was focused on the development and demonstration of technologies that could go into a future low-cost cruise missile design. Even more interestingly, that air vehicle is also powered by a TDI-J85 small jet engine.

Lockheed Martin also got a contract to develop a design as part of Gray Wolf, but, as far as we know, whatever the company design for this program has never been publicly revealed. "I know the AFRL's Armament Directorate is certainly interested in it, if not even at least partly funding it," Aviation Week's Trimble also wrote on Twitter in response to a question from another user. As already noted, Lockheed Martin has told The War Zone that Speed Racer is an IRAD-funded project, though it's not clear where that money is coming from.

In January, AFRL also said it had used a digital recreation of an unspecified Gray Wolf prototype design as part of a demonstration relating to another program called weaponONE, or W1. That project is exploring the use of a virtual ecosystem to test munitions and the integration of new and improved capabilities into them, reducing the need for complex and costly real-world testing. The hope is that advanced networking capabilities will eventually allow for experimentation with these digital "weapons" alongside actual, physical systems, too.

"The [weaponONE] demonstration highlighted the significant progress made in the past year and highlighted the value of digital engineering to warfighters," according to AFRL. "In the coming year, W1 will further develop its digital twin prototypes to 'real' digital twins that bi-directionally exchange data with their physical counterparts."

All told, it seems very possible that that Speed Racer is related, at least to some degree, to Lockheed Martin's Gray Wolf design and potentially to weaponONE. Speed Racer may well be a direct follow-on to the work the company was already doing for AFRL under Gray Wolf. In many ways, Speed Racer's stated goals sound very applicable to Gray Wolf's core focus of demonstrating technologies that would be necessary for a highly adaptable cruise missile that would be relatively easy to produce and cheap to field.

In addition, AFRL notably canceled multiple additional planned phases of the Gray Wolf program in June 2019. At the time, the Air Force said it would shift its focus to the Golden Horde networked swarming munitions effort, which you can read more about in this past War Zone piece, leveraging existing work that had been done under Gray Wolf in the process. It's not hard to see how elements of that project could also have been spiraled out into their own programs. Golden Horde is also now getting its own "permanent virtual and live testing environment," dubbed Colosseum, which sounds very similar in many respects to the weaponONE effort.

The development of lower-cost, simpler to produce unmanned air vehicles is a critical component of the development of more and more capable drone swarms and cruise missiles, both of which are intended to be employed en masse. High costs and lengthy production timelines could easily make those projects economically untenable to employ on any significant scale.

The Air Force, as well as other branches of the U.S. military, certainly has no lack of interest in new unmanned air vehicles of various shapes and sizes, including drone designs intended to be recoverable, but also "attritable." That means that they would be cheap enough for commanders to feel more comfortable in employing them in environments that would be seen as too high-risk for more expensive, technologically sensitive, and/or vulnerable platforms, manned or unmanned.

AFRL's Skyborg effort, under which a multitude of companies are developing a suite of systems that could go into a semi-autonomous "loyal wingman" type drone, or eventually a fully-autonomous unmanned combat air vehicle (UCAV), is the best know of these projects. However, this is only one of a number of related lines of effort within the Air Force alone.

With Lockheed Martin now having publicly unveiled Speed Racer's design, as well as having already admitted that ground testing is set to start in the near future, we may finally begin to get more granular details about this intriguing program and where Skunk Works might be looking to take it down the road. 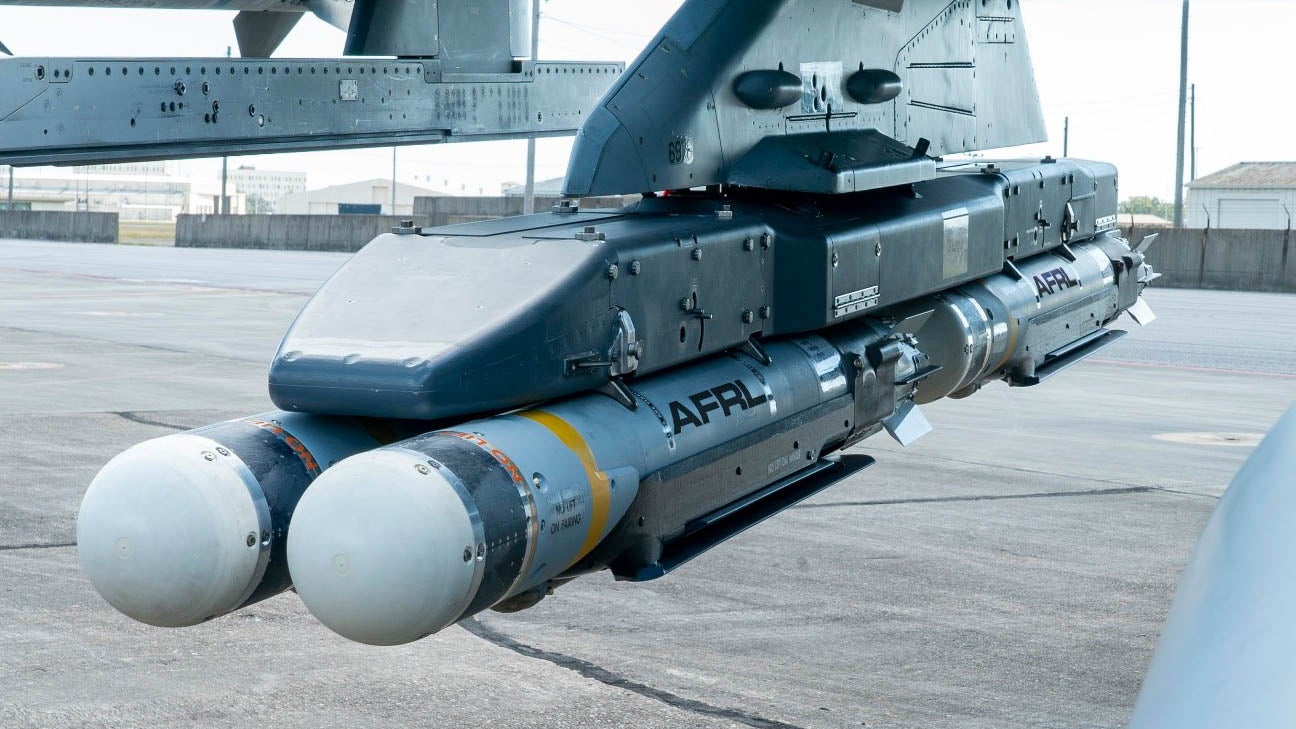 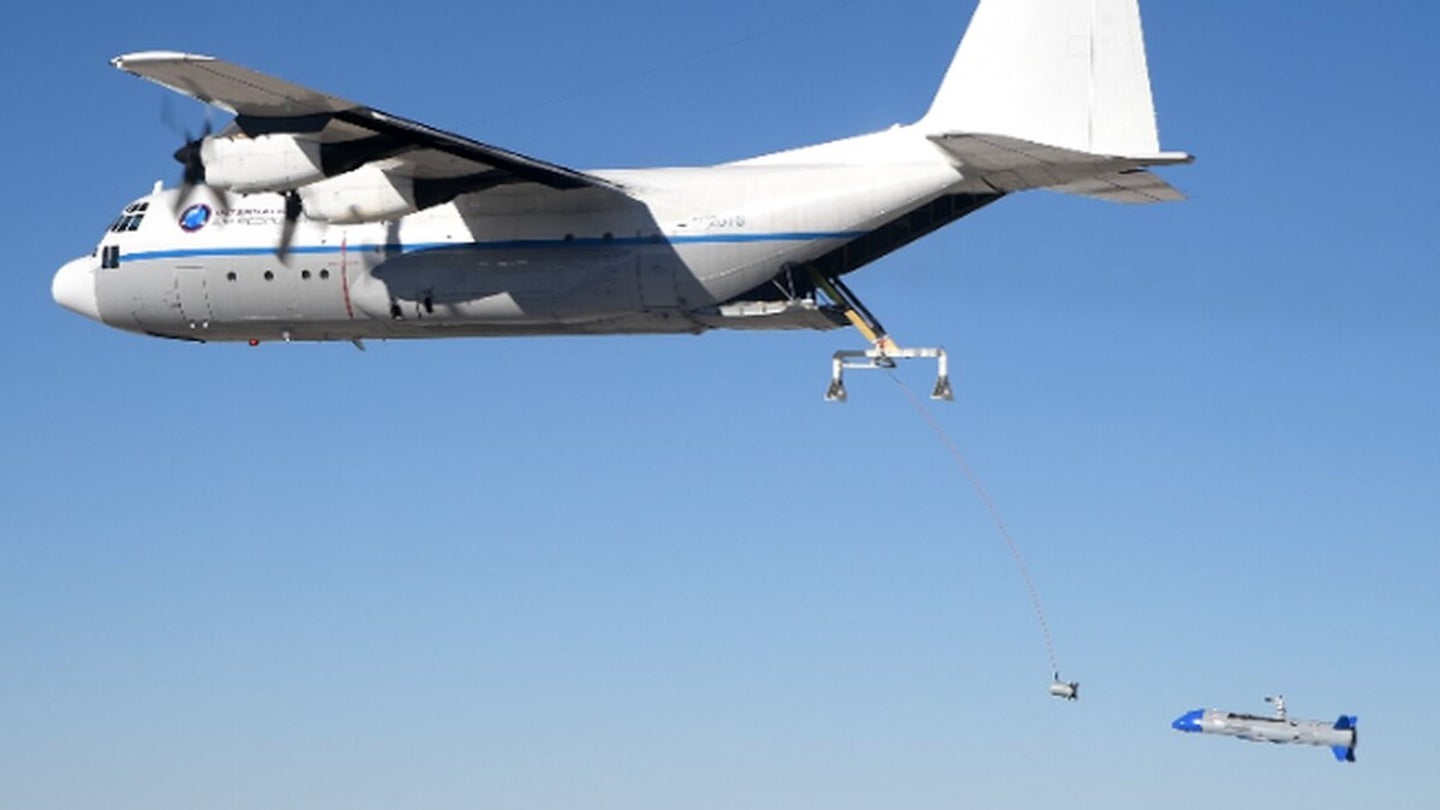 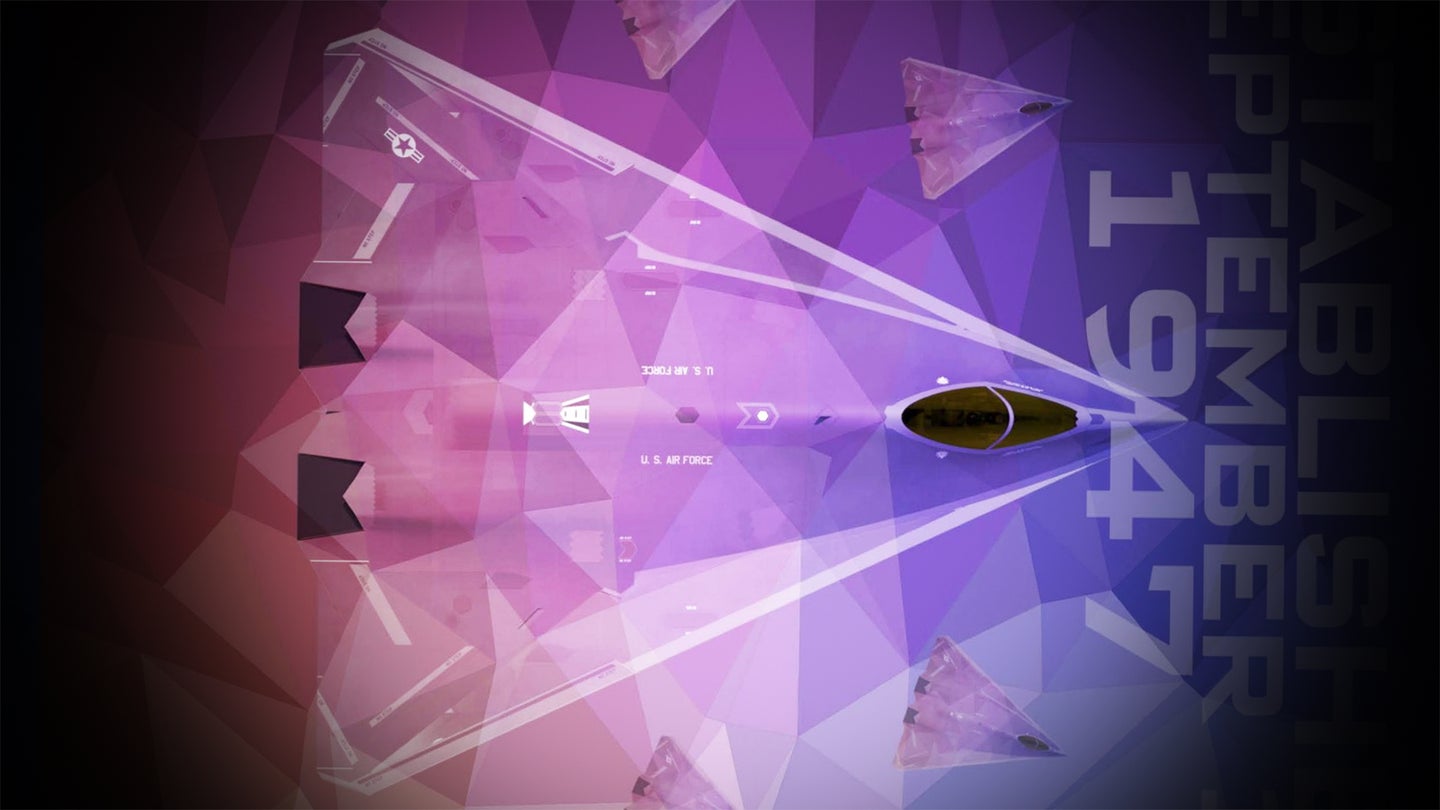