The catastrophic engine failure sent huge pieces of debris falling into neighborhoods below. 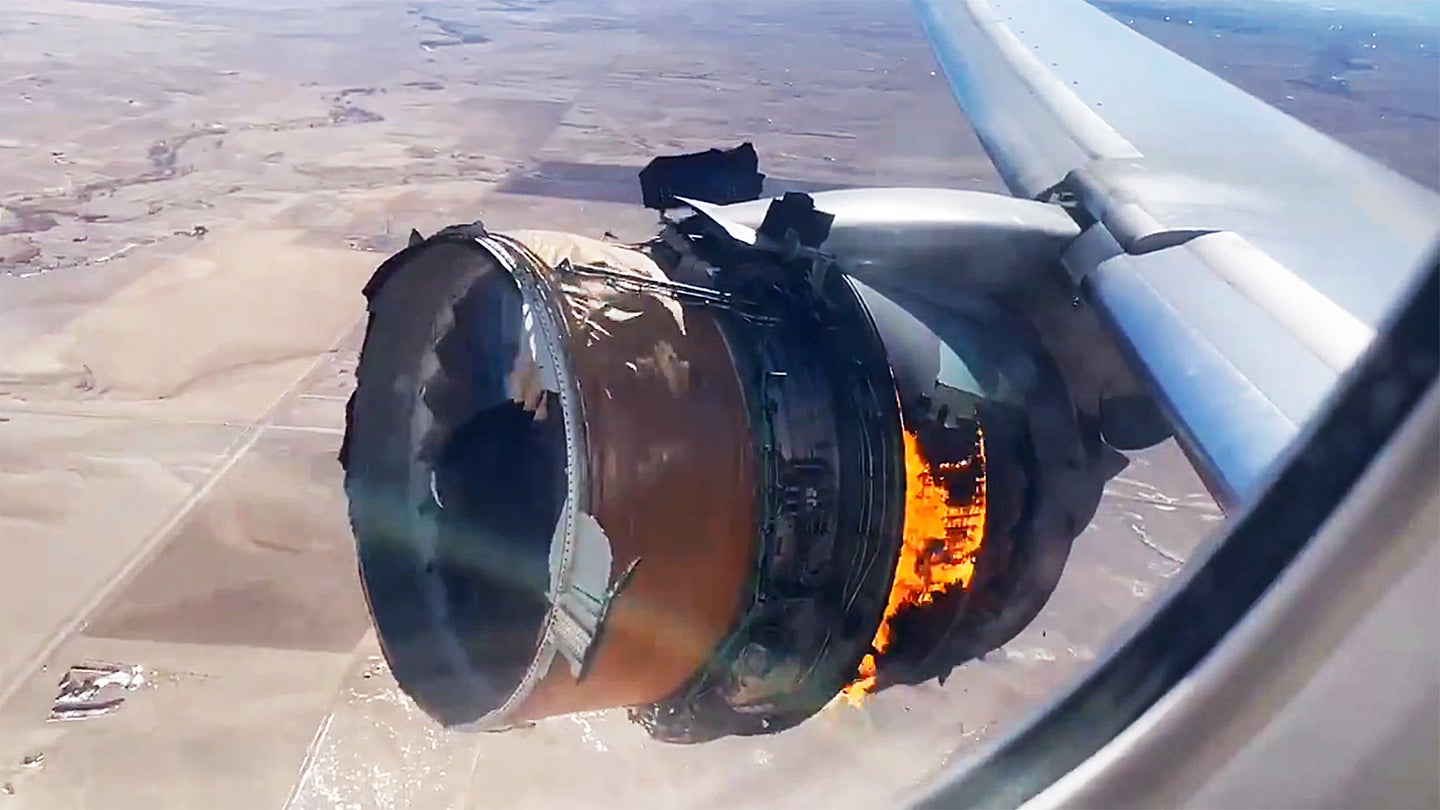 United Airlines Flight 328, a Boeing 777 with 231 passengers on board that had taken off from Denver on its way to Honolulu, had a catastrophic engine failure shortly after its 12:49 p.m. departure. The view out of the right side of the cabin was clearly terrifying as the engine had blown its cowling off and flames were creeping along the rear of the badly damaged nacelle.

The engine's eruption sent parts falling thousands of feet into neighborhoods and fields below. The stricken 777's aircrew quickly and relatively calmly called in a mayday and got cleared to head directly back to Denver for an emergency landing. You can hear that radio call below:

Witnesses on the ground say they heard a boom and saw a shower of debris falling away from the wide-body airliner.

Thankfully, the aircraft, a 777-200 that was delivered in 1995—one of the oldest 777s flying today—with the registration N772UA, safely landed at Denver International Airport about 40 mins after it took off. As it sits now there are no injuries reported on the aircraft or on the ground.

"Aviate, Navigate, and Communicate," in that order. Well done by all those involved.

More info on this 777, which was actually in the original 777 the test fleet:

Someone already has a spoof Craigslist ad up for the fallen-away cowling that ended up in someone's yard!:

A number of readers also alerted us to a remarkably similar incident with the same flight and type of aircraft out of Denver back in 2016. You can read about that 2016 engine issue and emergency landing here.