A DARPA program is seeking drone concepts that can help extend the range of friendly aircraft and make them less vulnerable in aerial engagements.

Northrop Grumman has unveiled concept art of its proposal for the U.S. military's LongShot program, which you can read about more in this recent War Zone piece. The Defense Advanced Research Projects Agency, or DAPRA, announced it had awarded contracts to three companies as part of LongShot, the goal of which is to explore designs for an air-launched aerial combat drone that carries its own air-to-air missiles. The idea is that this system would extend the reach of the launching aircraft while reducing its vulnerability to the enemy, as well as offer a number of other potential benefits.

The Virginia-headquartered defense contractor revealed the artist's conception of its LongShot drone as part of a press release on Feb. 10, 2021. Two days earlier, DARPA had announced that Northrop Grumman, as well as General Atomics and Lockheed Martin, had received contracts, worth unspecified amounts, to craft LongShot "air vehicles."

"Our collaboration with DARPA is the critical first step in the development of innovative operational concepts and solutions that will enhance our warfighter’s combat capability against a rapidly growing threat," Jaime Engdahl, Program Director for Kinetic Weapons and Emerging Capabilities at Northrop Grumman, said in a statement. "The LongShot program enables us to combine our digital engineering skillset with our extensive knowledge in advanced technology weapons, autonomous systems, and strike platforms to increase weapon range and effectiveness."

Compared to the LongShot concept art that DARPA itself released, which shows a very cruise missile-like design, Northrop Grumman's proposal has a more airplane-like planform. It is also has a more traditional wing and tail configuration rather than a flying wing design, which the company has become very well known for over the years.

Overall, this particular design seems more consistent with a number of "loyal wingman" type drones that various other companies have in different stages of development. In particular, it has a number of very general similarities, including a v-tail and top-mounted air intake, to Kratos' XQ-58 Valkyrie. The U.S. Air Force is currently conducting tests using XQ-58As as part of its Skyborg program, which is seeking to develop a suite of artificial intelligence-driven systems capable of operating loyal wingman drones and fully-autonomous unmanned combat air vehicles (UCAV), among others. In December 2020, Kratos got a contract to design a drone to carry the Skyborg systems. Northrop Grumman has also received a contract to develop components for the Skyborg program.

Interestingly, while Northrop Grumman's LongShot concept has stealthy features, including a chined fuselage, it is shown carrying a pair of missiles externally, which would increase its overall radar cross-section. It's not explicitly stated that the design is intended to carry weapons internally, but it likely does as the renderings show weapons bay doors. Even being able to carry smaller hit-to-kill air-to-air missiles internally in a stealthy configuration would be highly beneficial. This would give the system more flexibility and allow it to also carry outsized missiles that feature longer-range and larger warheads, such as the ones shown in the rendering.

It is interesting to note that, prior to LongShot, DARPA had run a very similar program simply known as the Flying Missile Rail (FMR), the concept art for which depicted a drone loaded with two AIM-120 Advanced Medium-Range Air-to-Air Missiles (AMRAAM) on external pylons. You can read more about the FMR project in this past War Zone piece.

The missiles depicted in Northrop Grumman's new concept art, one of which has a skull and crossbones sticker of some kind on its nosecone, also appear to be a previously unseen design. It's not clear if the company is offering a new, proprietary long-range air-to-air missile as part of its proposal, but The War Zone has already reached out for additional information about this weapon and other aspects of its LongShot concept.

All told, Northrop Grumman's artwork is fascinating in that it seems to depict a much more complex, and potentially costly, platform than DARPA seemed to be looking for in its own descriptions of the LongShot concept. As already noted, it seems to be teetering on the edge of just being a loyal wingman. This could be the play in mind, building more complex loyal wingman UCAVs and simpler missile carriers based on the same design to reach high production volumes. It also points to this system being reusable. We also know that the Air Force has been exploring air-launched loyal wingman concepts separately.

Of course, from what we know so far, DARPA appears to have left the door wide open for companies to pursue various approaches to meeting the LongShot program's requirements. So far, the agency has not provided details about any of the project's physical or performance parameters.

With Northrop Grumman's concept art out now, artwork from General Atomics and Lockheed Martin may soon follow. It will be interesting to see how their proposals differ from this one, as well as DARPA's own artist's conception of a future LongShot drone.

"The focus of Northrop Grumman's DARPA LongShot contract is for vehicle design and operation employment concepts," Jaime Engdahl, Program Director for Kinetic Weapons and Emerging Capabilities at Northrop Grumman, has told The War Zone in response to our queries. The company also directed any further questions about what missiles these drones might carry to DARPA. 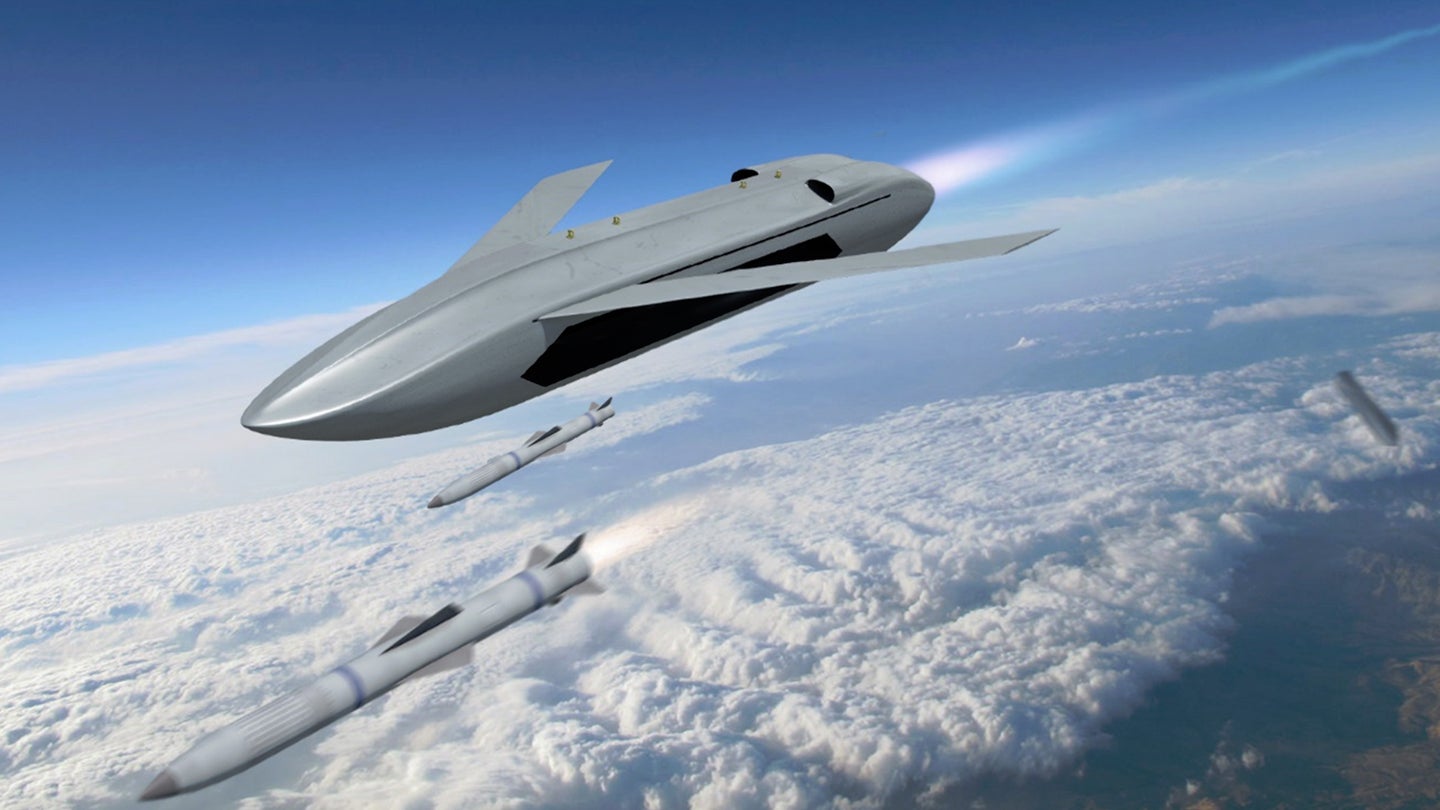 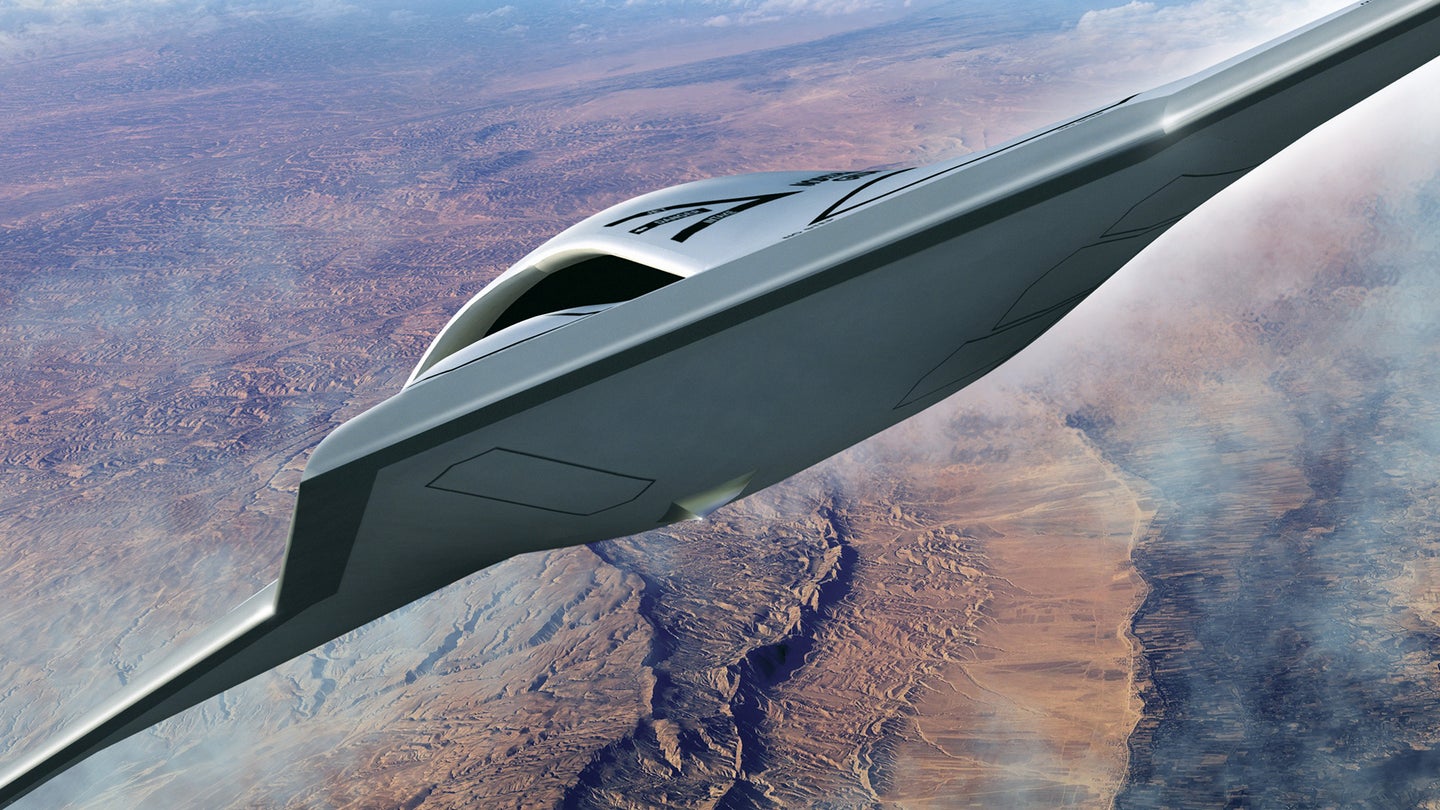 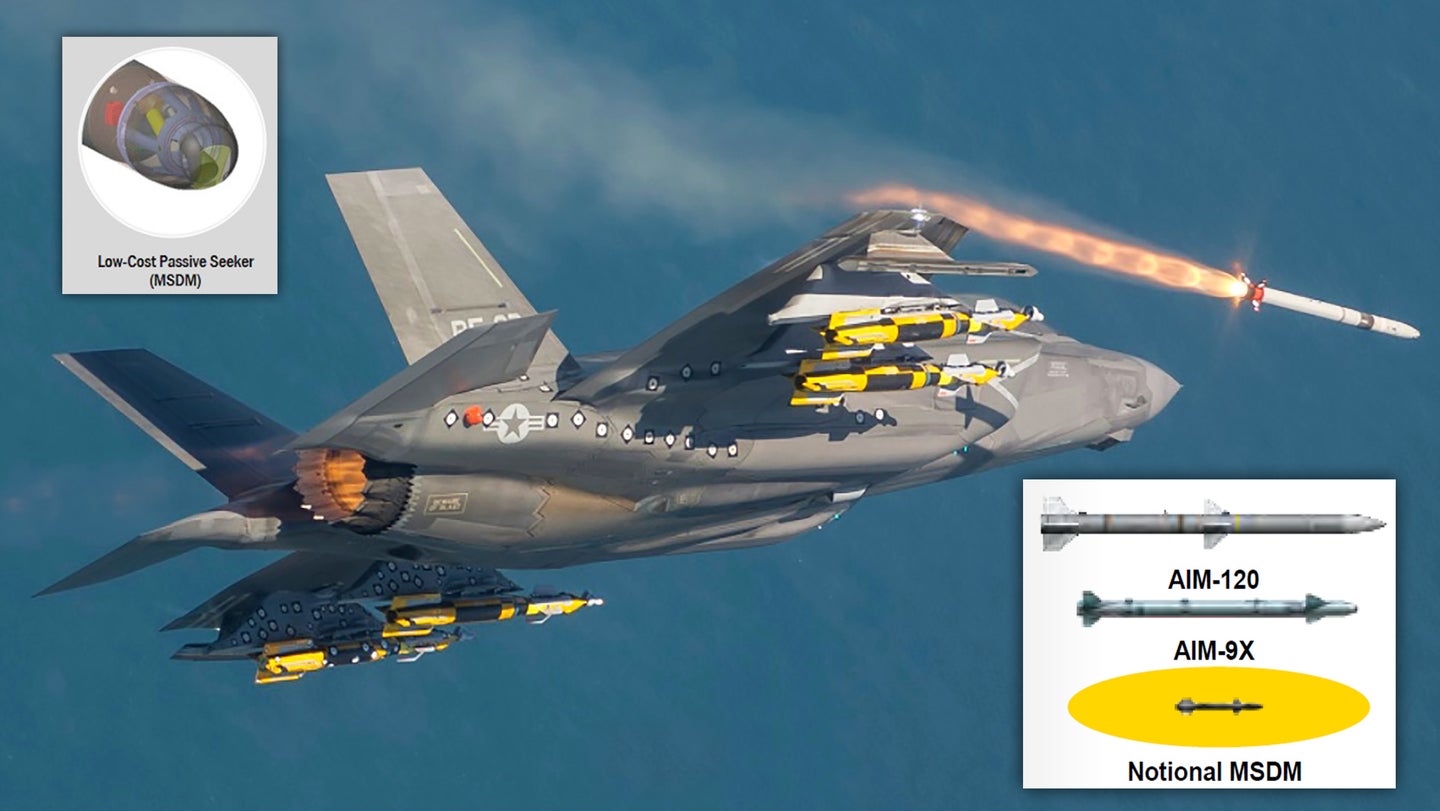 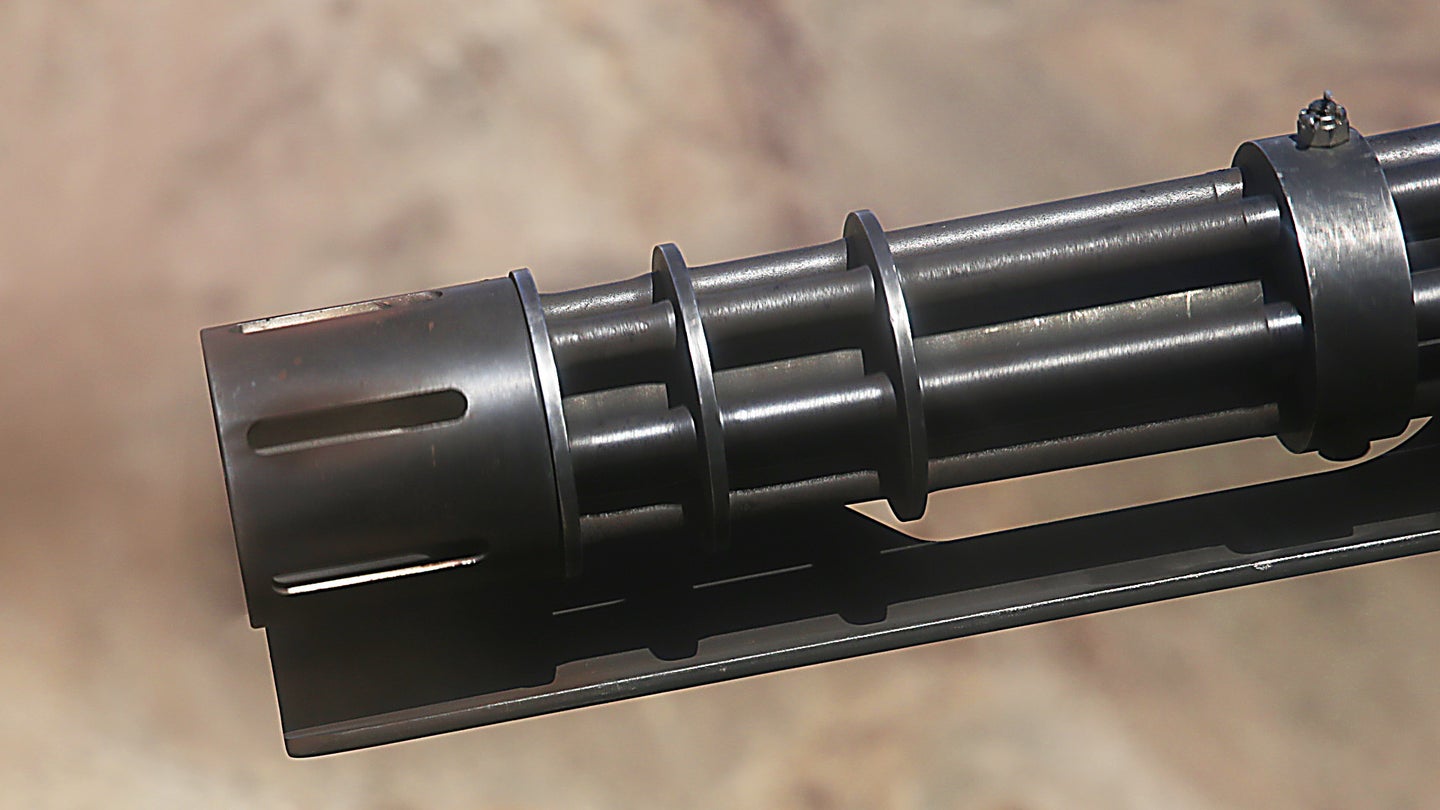 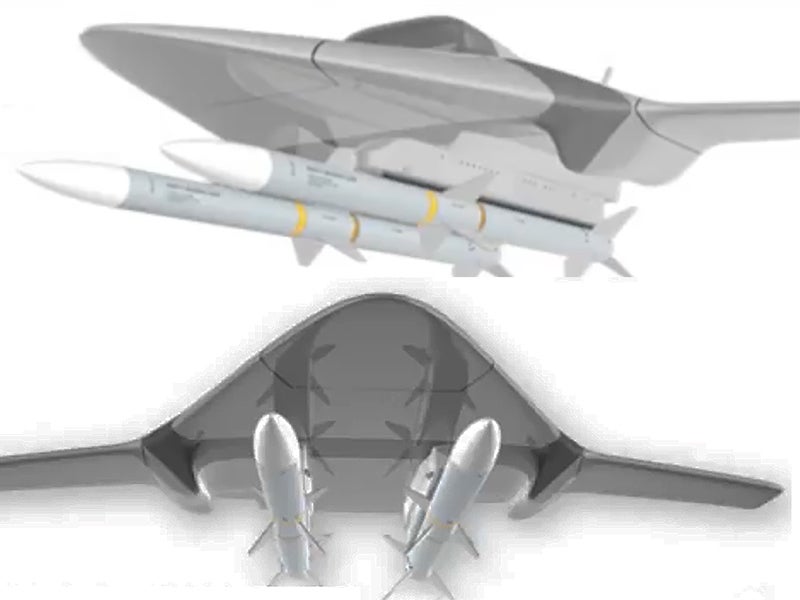