The image looks like the arrival of an ominous alien spaceship while also showcasing how complex the B-2's smooth underside really is. 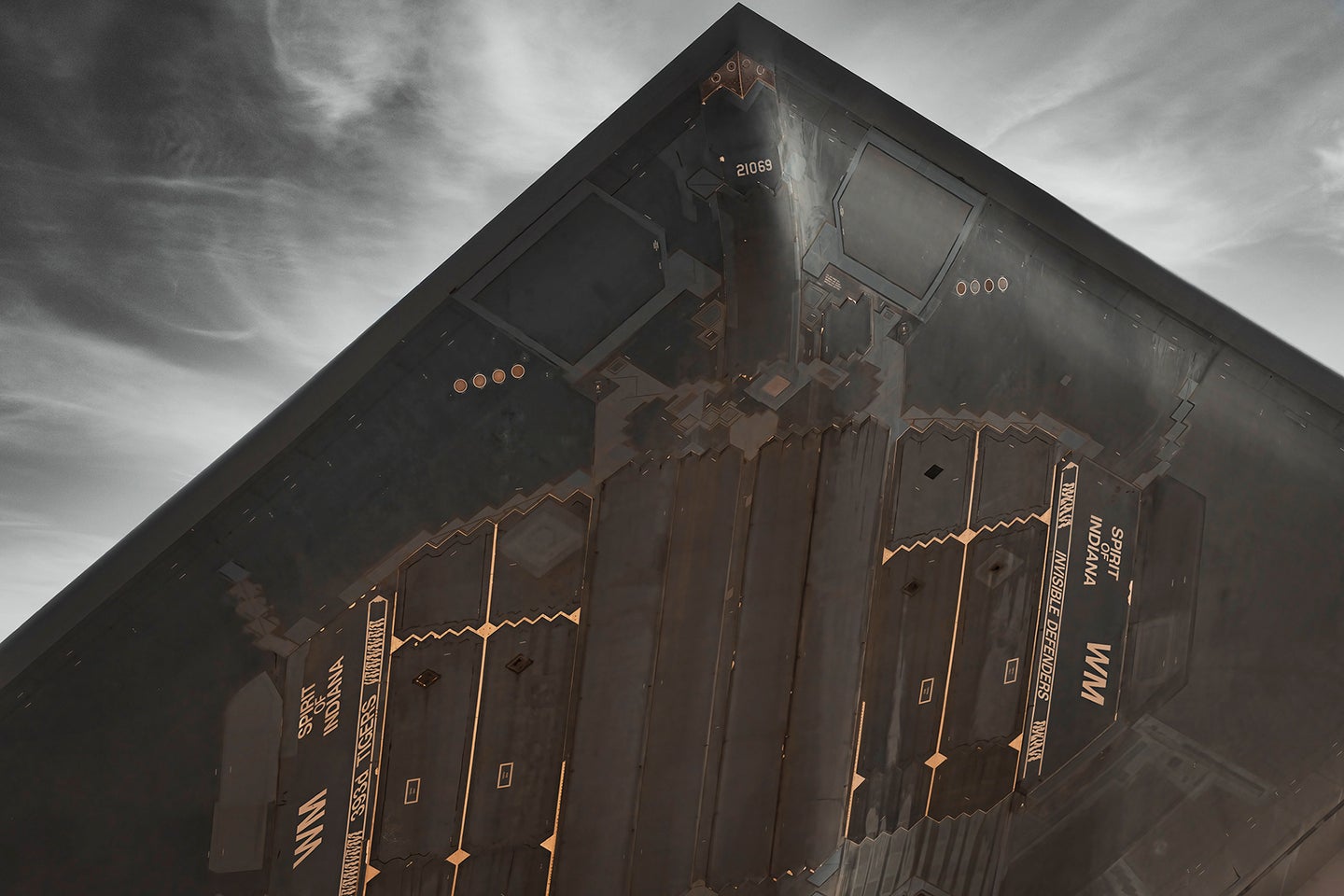 While the biggest show in American sports is about to get underway in Tampa, Florida as the Buccaneers face off against the Chiefs, another Super Bowl of sorts has been ongoing in Southern Nevada, this one being of the air combat kind. The latest iteration of the Air Force's Red Flag aerial wargames have been underway, with the blue forces taking on the red forces over the expansive Nevada Test and Training Range. Most of these players launch out of Nellis Air Force Base in North Las Vegas, including the most alien-looking of them all, the B-2 Spirit stealth bomber. While we have repeatedly showcased just how otherworldly the Spirit can look from various angles, aviation photographer Scott Krammer has offered us new evidence of this reality with images snapped as one of the B-2s climbed out from Nellis on a Red Flag sortie last week.

The image, seen at the top of this post, provides an angle on the B-2's underside that looks like science fiction, giving us an incredibly intimate view of all the different taped seams, serrated doors, flush-mounted air sensors, and access points that make up the stealth bomber's seemingly smooth underbelly. The photo also underscores just how much work goes into keeping the B-2s in their lowest-observable state and how complex of a flying machine they truly are.

Krammer also provided The War Zone with another stunning angle of the Spirit, a frontal view as one takes off from Nellis and turns towards the ranges. This image shows just how well blended all of its underside elements that were detailed in the first image actually are, appearing as smooth as a marble sculpture from this angle:

And another beautiful shot, this time of the reverse angle showcasing the B-2's serrated razor-like back end:

For good measure, here are a couple of bonus shots from Krammer of Red Flag's hardest-hitting blue team players—the F-15E Strike Eagle and the B-1B:

Absolutely amazing images indeed. A huge thanks to Scott Krammer for sharing.

A B-2 is also taking part in the Super Bowl flyover. Combined with the four airframes deployed to Nellis AFB for Red Flag, these five aircraft make up 25 percent of the tiny B-2 Spirit fleet of just 20 airframes.