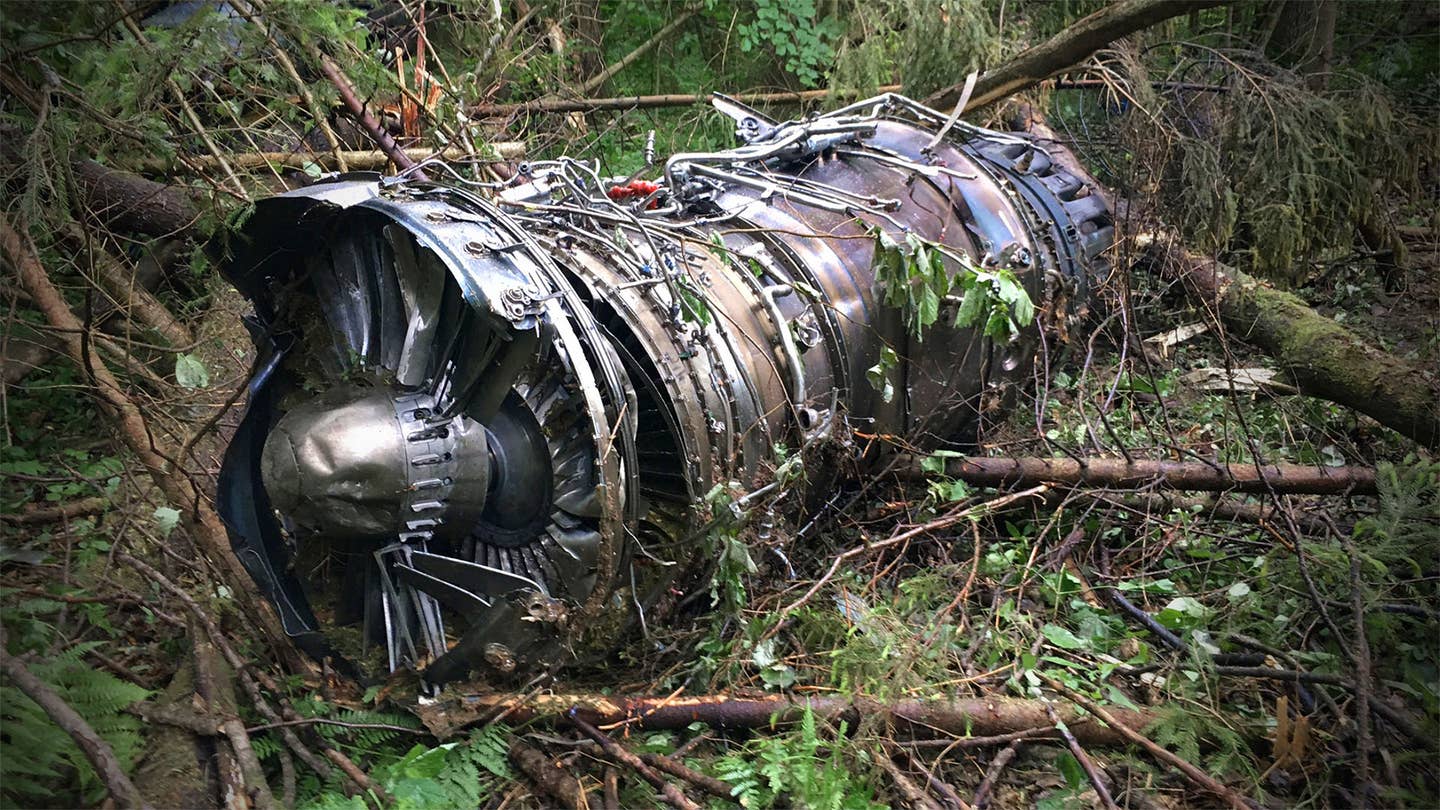 In what has to be one of the strangest and most horrific spate of crashes in aviation history, the Russian Knights flight demonstration team lost a Su-27 Flanker and the Patrouille Suisse display team lost an F-5 today during totally separate incidents that occurred just hours apart at different locations. Sadly, Russian pilot Major Sergei Yeremenko died in the crash, which occurred near Moscow. The Swiss pilot is reported to have ejected, is uninjured, and there are no reports of casualties on the ground.

It remains unclear what caused the Flanker to crash. The team had flown in support of a ceremony for a monument dedicated to Russian aviators in the village of Anushkino, but only five of the six jets returned to their base. The reason behind the F-5 crash is more certain; it seems the jet collided with another team jet’s elevator. You can see the damage on the surviving F-5 as it made an emergency landing back at Leeuwarden Air Base, in the Netherlands. The team was preparing for a local air show.

Within one week, the Blue Angels, the Thunderbirds, the Russian Knights, and the Patrouille Suisse—all top jet demonstration teams—have had crashes, two fatal. This comes as the US has also lost four fleet fighters in the last couple of weeks. Both incidents were mid-air collisions with two Super Hornets and two F-16s destroyed. All aircrew ejected safely and were recovered without any major injuries.

As to how so many major jet teams could have crashes in the span of a single week? I have no idea, but it's absolutely bizarre.

Our thoughts are with the Russian Black Knights and their comrade Major Sergei Yeremenko, who lost his life today. Eerily enough, he was #6 on the Black Knights, according to their webpage. Both the Thunderbirds and Blue Angel jets that crashed were the #6 aircraft in the squadron, and their pilots also held that designation.