The U.S. Navy says it’s starting to work out how to replace its existing fleet of MH-60R/S Seahawk helicopters and MQ-8B/C Fire Scout rotary-wing drones. The effort is part of the larger Future Vertical Lift program, a U.S. Army-led initiative that aims to acquire replacements for that service’s various helicopter fleets, as well as others across the U.S. military, that are set to start entering service in the 2030s.

Naval Air Systems Command (NAVAIR) posted a request for information (RFI) for an Analysis of Alternatives for what it is calling the Future Vertical Lift-Maritime Strike (FVL-MS) program on the U.S. government’s beta.SAM.gov contracting website. At this early stage, the Navy is emphasizing that it is looking for formal proposals from industry, but information that is needed “to support efforts to identify cost-effective alternatives to fill capability gaps in the MH-60R/S and MQ-8C as they begin to reach their end of service in the 2030s.” These new aircraft are expected to reach initial operating capability in the mid-2030s.

While the Navy document is clear that successors for the MH-60R and MH-60S helicopters are covered under FVL-MS, it is less clear which variants of the Fire Scout unmanned aerial vehicle the service is looking to replace at the same time. At different points, the RFI refers to the MQ-8B/C, just the MQ-8C, and also the generic MQ-8 designation. Which one is most accurate could make a significant difference, since the MQ-8B is a completely different design from the larger, more capable MQ-8C, the latter of which is derived from the commercial Bell 407 airframe and entered service much more recently.

Regardless, since the MH-60R/S and MQ-8B/C fleets represent the vast majority of the Navy’s current rotary-wing fleet, manned and unmanned, anything that replaces them will need to be able to perform a wide array of mission sets. The Navy lists the missions required of the future FVL-MS platform, in no particular order, as follows:

In addition, the Navy provides certain other functional requirements that will be studied in the various responses. These are:

The last of these categories, “Signature Control,” refers to efforts to reduce the aircraft’s radar, infrared, acoustic, and other signatures for operations in more contested airspace.

Once the Navy receives responses to the RFI, it will examine the alternatives for their contributions across this full range of mission areas. The service will also assess how the proposed solutions will meet the challenges posed by the increasingly sophisticated adversaries that they are likely to encounter.

Without a doubt, it will be a challenge to meet these diverse mission profiles with a single airframe, with the Navy’s contracting notice itself remarking that the “warfighting capability provided, whether deployed as Carrier Air Wing squadrons embarked on aircraft carriers under the leadership of carrier air wing commanders or as expeditionary squadrons embarked on LHAs / LHDs, surface combatants and logistics vessels, is broad and unparalleled in naval warfare.” At the same time, there is no specific wording in the RFI, responses to which are due no later than April 13 of this year, that says the Navy intends to acquire a single type to meet all of its demands.

The overarching FVL program has already produced diverse sets of requirements with the aim of replacing various other helicopters. Headed up by the Army, the effort has so far yielded the Future Long-Range Assault Aircraft (FLRAA) program, which should provide a high-speed, long-range replacement for the UH-60 Black Hawk series of helicopters, and the Future Attack Reconnaissance Aircraft (FARA), a project that is looking to fill the gap left by the early retirement of the service’s OH-58D Kiowa Warrior scout helicopters. The winner of the FARA competition is set to eventually supplant the nearly half of the service’s AH-64 Apaches that presently serve in the armed reconnaissance role.

Variants of either of the two candidates for the FLRAA program, the Bell V-280 Valor advanced tilt-rotor and the Boeing-Lockheed Martin Defiant X advanced compound helicopter, could potentially meet some of the Navy’s FVL-MS requirements. As possible UH-60 replacements, these designs could well be adapted to serve as successors to the Navy’s MH-60R/Ss.

Bell, for its part, has already provided an idea of what a navalized V-280 could look like, with an artist’s impression, seen below, of the tilt-rotor operating from a U.S. Navy amphibious assault ship. This was meant to portray a Marine Corps-specific FLRAA variant that is able to operate from ships in maritime environments and that could perform troop and cargo-carrying missions, as well as to conduct airstrikes and other armed operations. This immediately aligns with a number of the FVL-MS mission sets.

That same artwork also features Bell’s V-247 Vigilant, an unmanned tilt-rotor design the company had proposed for U.S. Marine Corps’ now-stalled MUX project. The V-247 has a modular design that could make it appealing to the Navy, as well. The Vigilant, which you can read more about here, could be one potential replacement for the MQ-8B/C under the FVL-MS program.

That being said, despite the superficial similarities in replacing the MH-60R/S and the Army’s UH-60 series, it is worth remembering that the FVL program had previously separated replacements for these helicopters into different categories. As originally laid out, the Navy's current FVL-MS program fell under the FVL’s Capability Set 2 bracket, which envisaged an aircraft smaller than Capability Set 3. Capability Set 3 has since evolved into the FLRAA program and the Capability Set terminology has since fallen out of use entirely in discussions about FVL.

All of this may have, at least in part, reflected the fact that a successor for the Army Black Hawks might easily end up being too large to be readily adapted to operate from all the types of ships expected of the Navy aircraft. In addition, while the requirement to replace the MH-60R/S could still lead to an airframe that’s essentially a maritime version of the Army’s eventual FLRAA design, the need to supersede the MQ-8 drone suggests a different mission profile altogether. The fact the Fire Scout is unmanned would seem to demand the FVL-MS be an optionally-manned platform, if not include separate manned and unmanned components, entirely.

All this also speaks to the continuing debate about the value of joint-service programs, especially with regards to aviation, and the struggle to find a platform that can meet such diverse requirements. Already, it seems, the Army, Marine Corps, and Navy have very different and potentially incompatible ideas about what they want from the FVL program.

Time will tell whether the Army’s FLRAA will provide a starting point for the Navy’s FVL-MS, or indeed U.S. Marine Corps vertical-lift requirements, but if the naval program is anything like as productive as the Army equivalent, then it may well yield some potentially game-changing results. 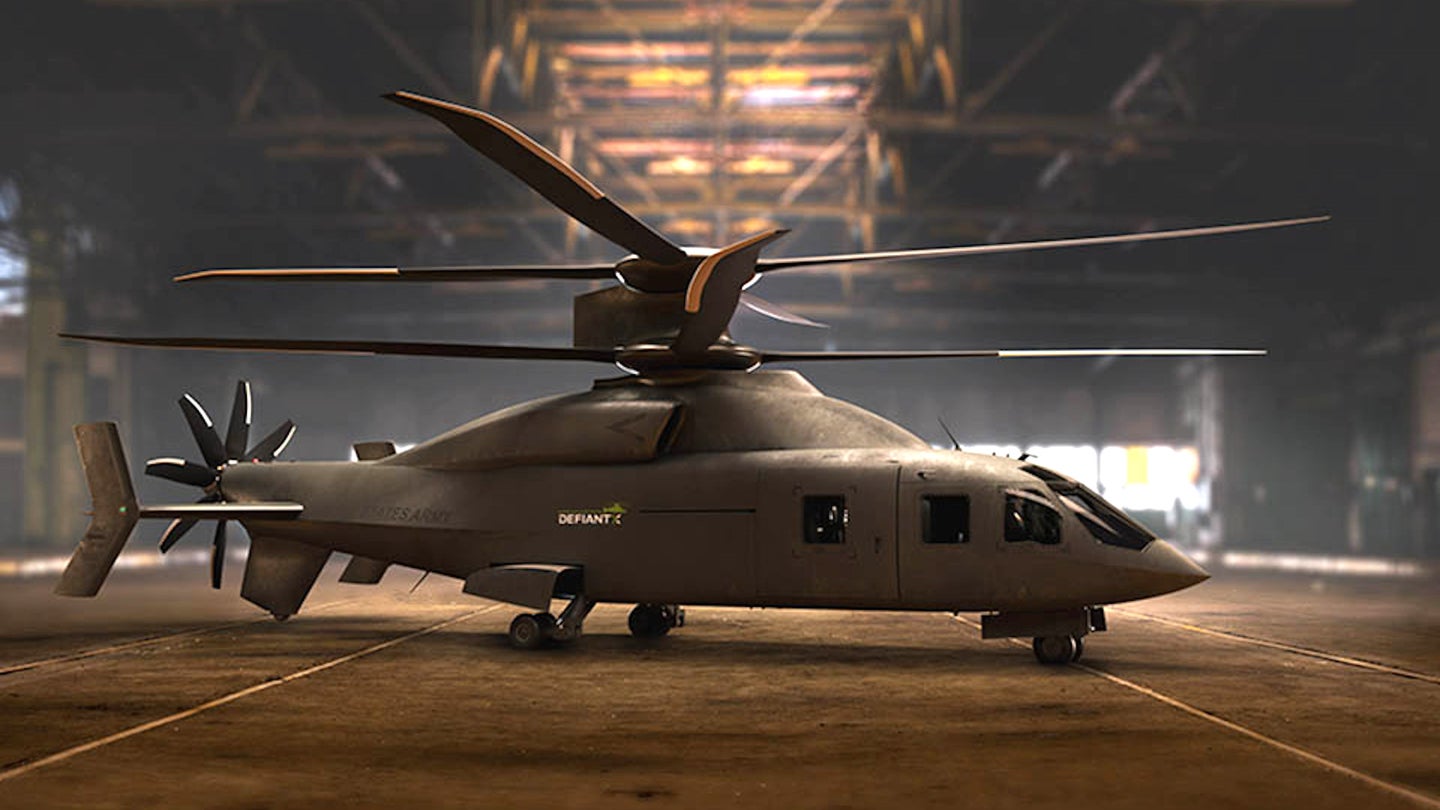 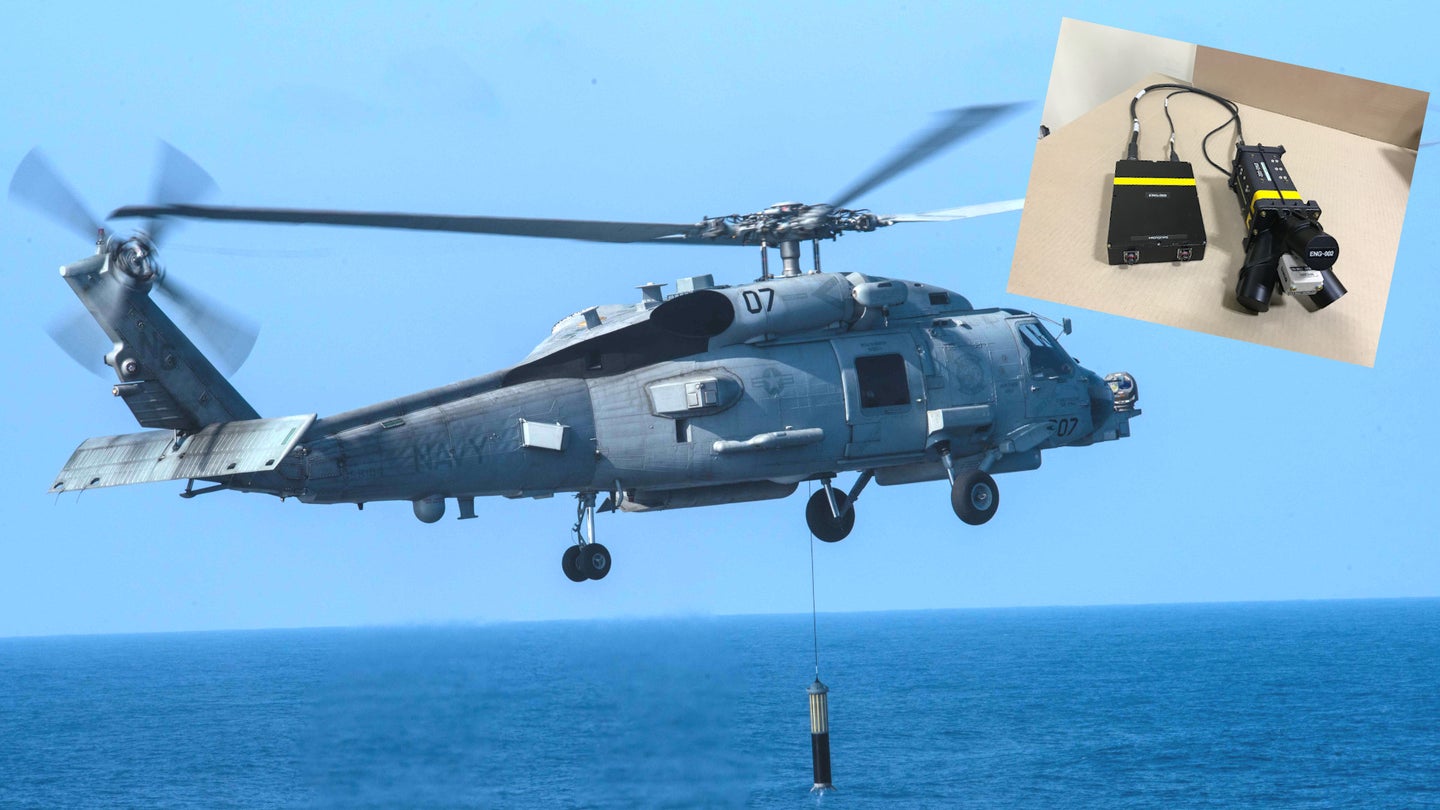 The Navy had initially declined to fit the MH-60Rs with magnetic anomaly detectors, which had been a feature on the SH-60B Seahawks they replaced. 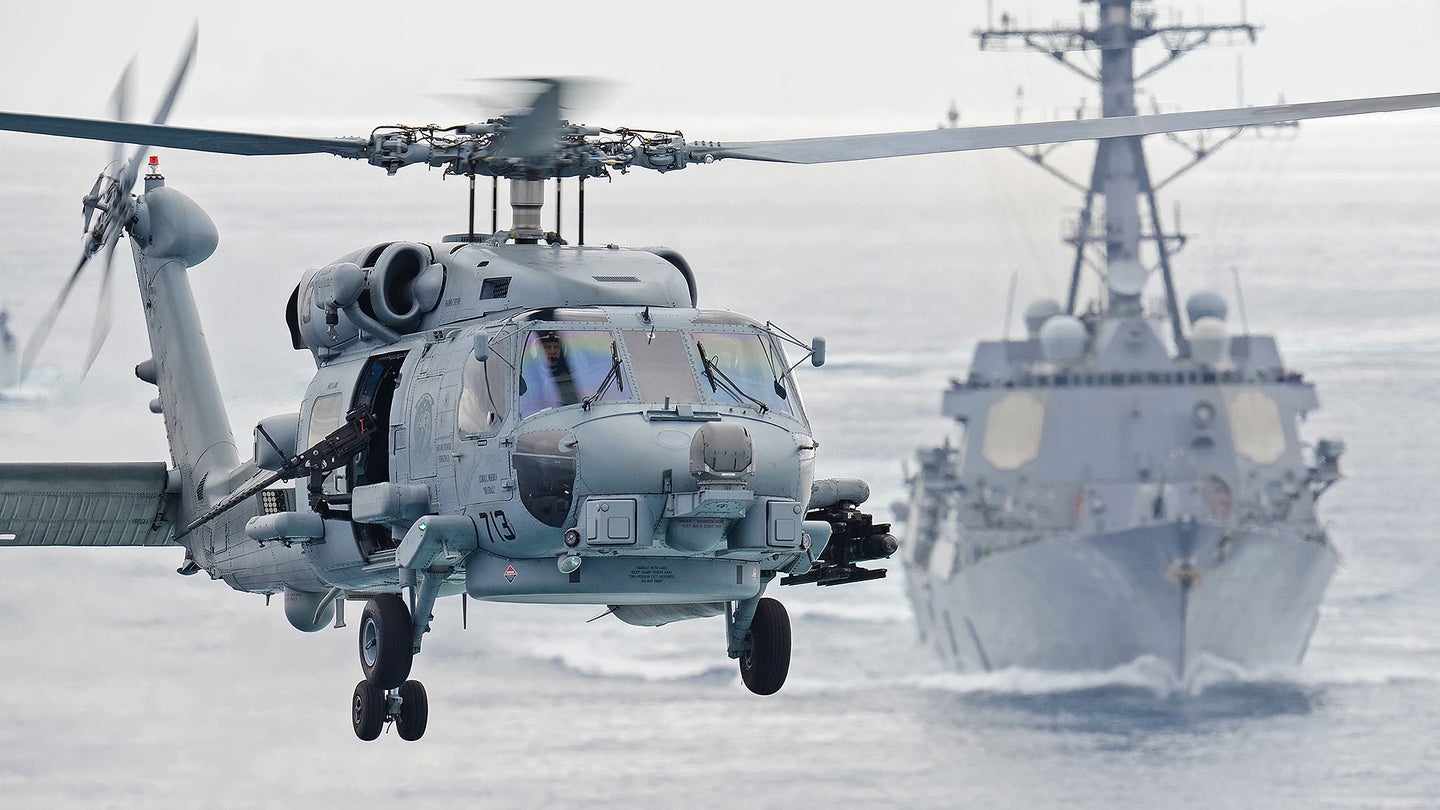