Boeing and Lockheed Martin have unveiled their proposed helicopter, dubbed Defiant X, for the U.S. Army's Future Long Range Assault Aircraft, or FLRAA, program, which is part of the larger Future Vertical Lift effort. This particular project's primary goal is to acquire a replacement for the service's venerable UH-60 Black Hawks, including highly modified special operations variants, but could eventually replace other aircraft types across the U.S. military, as well.

The companies simultaneously revealed the Defiant X in press releases on Jan. 25, 2021. The design is an advanced compound helicopter derived from the SB>1 Defiant, which Sikorsky, now part of Lockheed Martin, and Boeing developed for the Army's Joint Multi-Role (JMR) technology demonstration program. Bell has also been a participant in the JMR effort with its V-280 Valor tilt-rotor. JMR has long been framed as a lead-in to FLRAA and, in December 2020, the Army released a draft request for proposals for the latter program, announcing in the process that it only planned to consider entries from the Boeing-Lockheed Martin team and Bell.

"We are ready to deliver unparalleled capabilities backed by proven technologies that will truly transform the Army's mission today, with room to grow and adapt to the missions of tomorrow," Andy Adams, Sikorsky's Vice President of Future Vertical Lift. "Defiant X not only includes the transformational aircraft – a maneuverable, survivable, lethal weapon system – it also leverages Sikorsky's and Boeing's advanced manufacturing capabilities."

“Defiant X is purpose-built for a modernized Army that requires expanded reach, survivability, and lethality,” Steve Parker, Vice President and General Manager of Boeing Vertical Lift. “This weapon system will give soldiers unequaled technological advantage and connectivity over adversaries in a multi-domain battle space.”

Defiant X has the same general underlying configuration as the SB>1 Defiant compound helicopter, a design that first flew in 2019, with two rigid coaxial rotors and a pusher propeller in the tail. Compound helicopters typically offer higher top speeds and improved maneuverability over traditional helicopters. The SB>1 has so far demonstrated an ability to reach a top speed of 211 knots in level flight and hit 232 knots while in a shallow dive.

The Defiant X and the SB>1 both owe much to technology Sikorsky first proved out with the X2 demonstrator helicopter, starting in 2008, and that is also found on the company's S-97 Raider light helicopter design. You can read more about these developments and the general benefits of this design in this past War Zone piece.

The external outline of the Defiant X also shares distinct similarities with Lockheed Martin's Raider X, which was derived from the S-97, and might indicate some stealth design considerations. The chines on the nose, which is also more pointed than that of the SB>1, and along the fuselage, as well as the blended engine nacelles, are common low-observable (stealthy) features. Boeing and Sikorsky did previously work together on the abortive RAH-66 Comanche stealth scout helicopter in the 1990s and early 2000s.

Raider X had been a contender for the Army's Future Attack Reconnaissance Aircraft (FARA), another part of the FVL initiative that is seeking to develop a follow-on to the now-retired OH-58D Kiowa Warrior armed scout helicopter. Raider X and Bell's Invictus helicopter are now competing for that contract. The winning FARA design is slated to supplant the roughly half of the Army's AH-64 Apache attack helicopter fleet that presently serves in the armed reconnaissance role.

The Defiant X does have some notable changes from the SB>1, as well, including a new tricycle landing gear arrangement, which replaces the first Defiant's Black Hawk-style configuration of two wheels on either side of the front fuselage and a third wheel under the rear of the tail boom. The new design also has a new integrated mission systems package with "fly-by-wire flight controls integrated with autonomy capability leading to safety and workload reduction for the crew and operations in complex and degraded visual environments," according to statements from company representatives ahead of the public reveal.

No details about exactly what autonomous capabilities were included in this package, but Sikorsky has previously worked with the Defense Advanced Research Projects Agency (DARPA) and the Army on a program called Aircrew Labor In-Cockpit Automation System (ALIAS). ALIAS' focus was on developing automated systems to help reduce the workload on pilots and other crew members, improve their efficiency and overall operational performance, and provide an additional margin of safety. You can read more about that project in this past War Zone piece.

As its name implies, the primary mission of the FLRAA will be long-range airmobile assaults carrying both troops and cargo internally and externally, slung underneath. Concept art that Lockheed Martin and Boeing have released of the Defiant X shows the helicopters carrying cargo containers and 155mm M777 towed howitzers as an example.

“One of the key words here is versatility,” Heather McBryan, Boeing’s Director of Sales and Marketing for Future Vertical Lift, had said at a gathering ahead of today's official announcement. “Although the FLRAA mission is about more than just flying fast, and although we know the pacing mission is the air assault mission, this aircraft is going to be asked to do a whole lot of other things on a daily basis and our design and capability really provides that extreme lifting power for those types of missions.”

The Army is also eying the winning FLRAA design as a replacement for at least some of the specially-configured MH-60L/M helicopters assigned to the 160th Special Operations Aviation Regiment (SOAR). Requirements that the service laid out in 2018 also included discussion of a potential configuration for the U.S. Marine Corps.

There is already reportedly significant foreign interest in the FLRAA competition, including within NATO, which makes good sense given how many countries worldwide operate UH-60s, or other similarly-sized helicopters, that are also, in many cases, increasingly in need of replacement. NATO is also now looking at a potential intra-European design to meet these requirements.

The Army's current goal is to issue a formal request for proposals for the FLRAA program before the end of the 2021 Fiscal Year on Sept. 30 and pick a winner sometime in the subsequent 2022 Fiscal Year. The hope is that the first examples will enter operational service by 2030.

It remains to be seen exactly what Bell's offering will look like, but just as Defiant X is based on the SB>1 Defiant, its proposal will likely be derived directly from the tilt-rotor V-280 Valor and based on its own experience in the JMR technology demonstration effort.

With the public reveal of Defiant X, we will see Bell's pitch sooner, rather than later, and learn more about both designs as the Army moves closer to starting the formal FLRAA competition later this year. 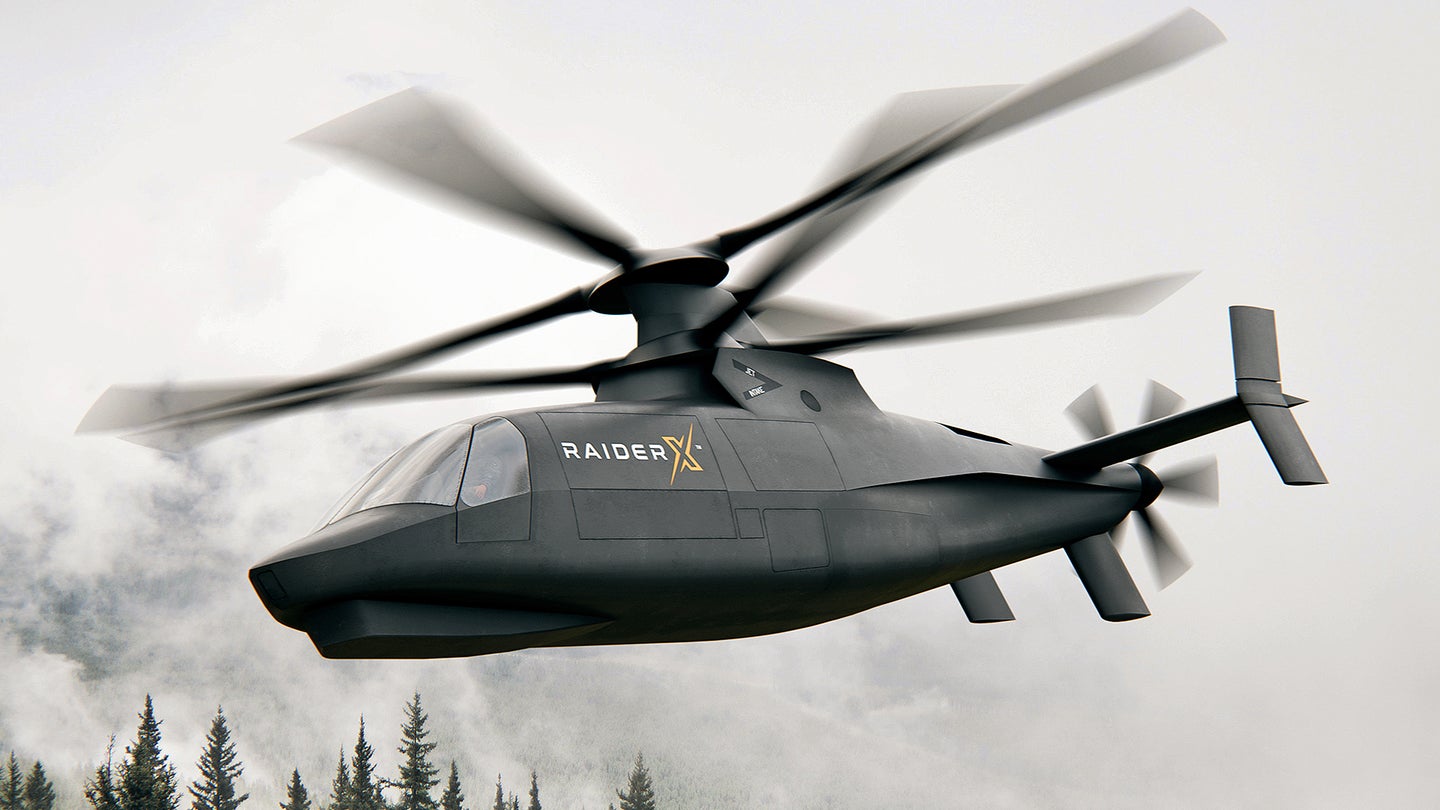 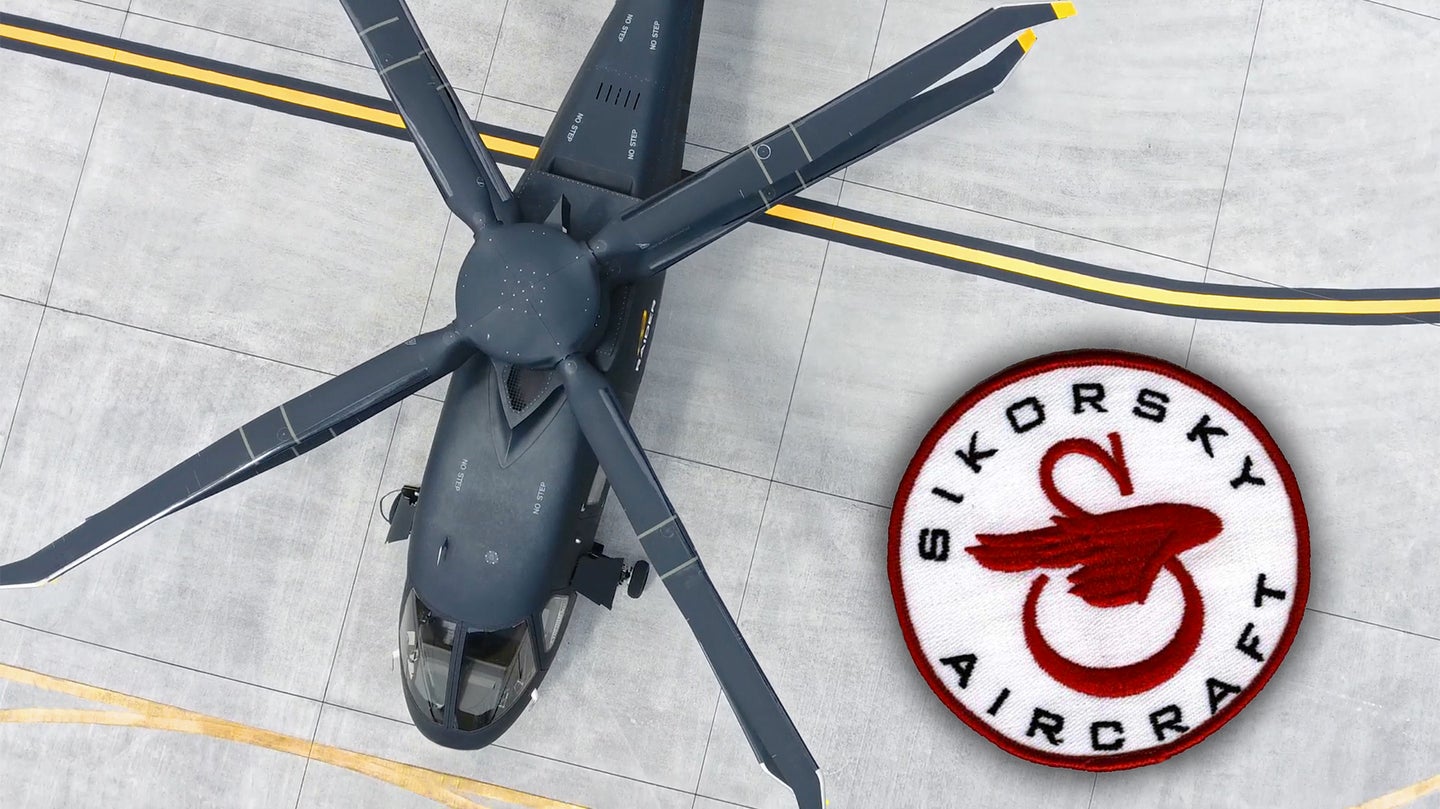 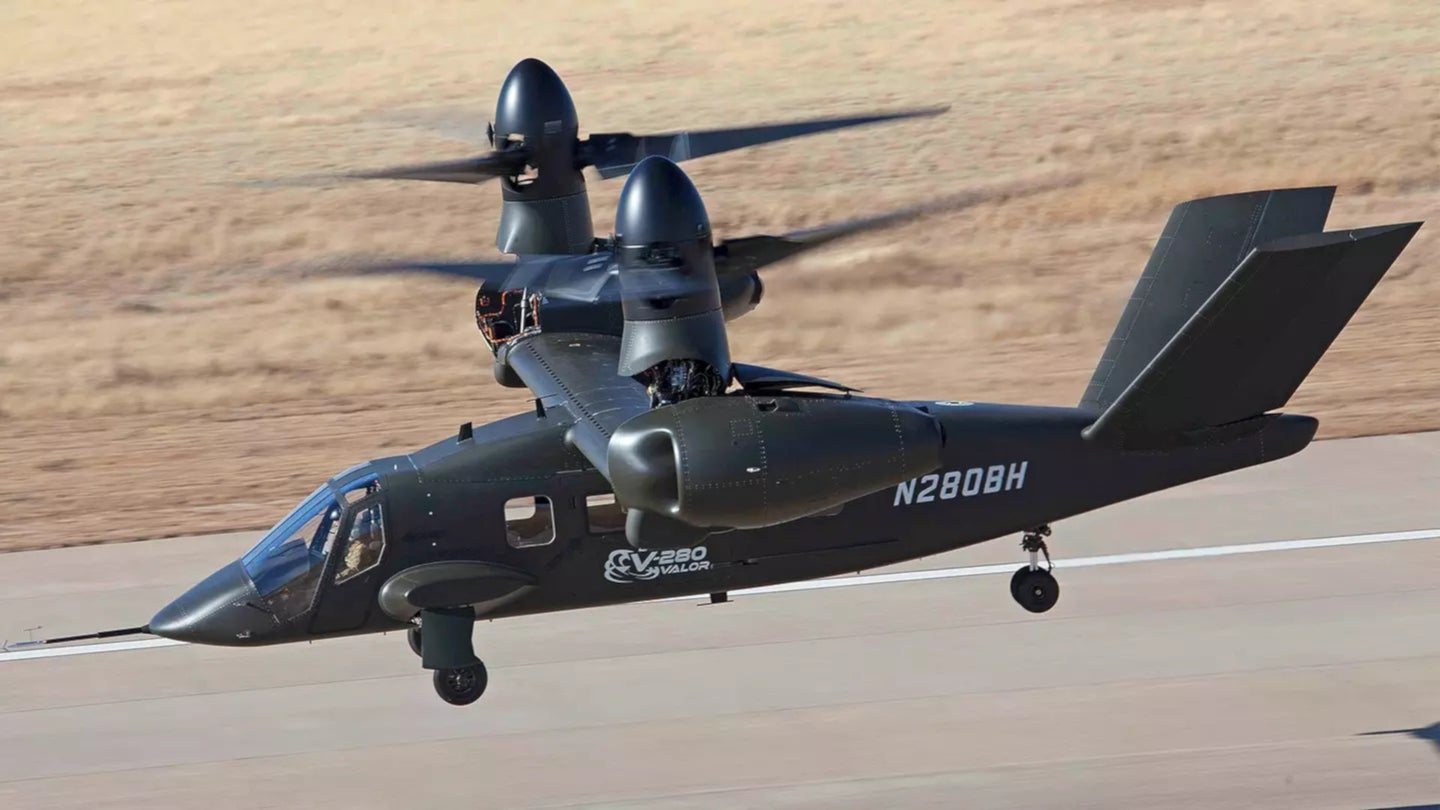 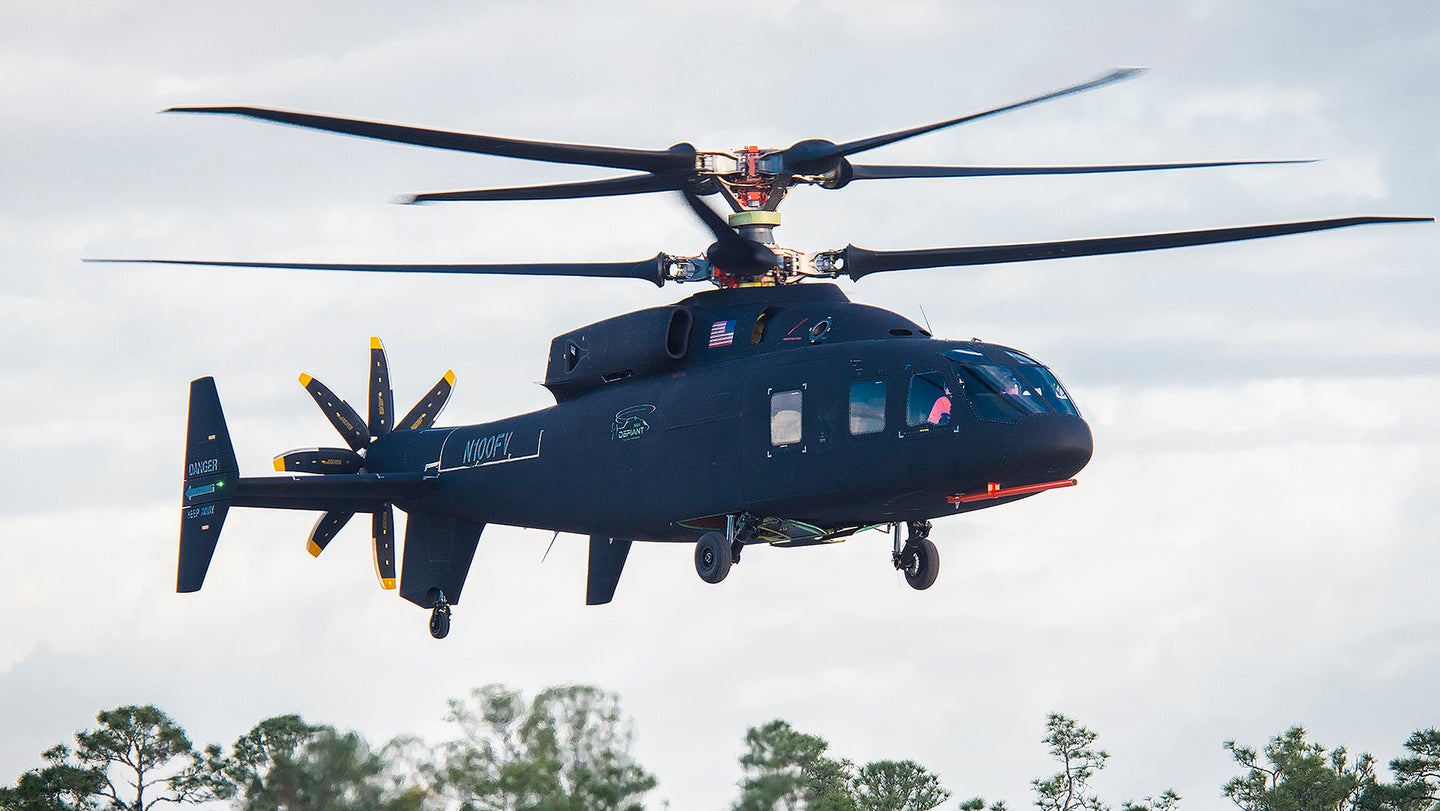 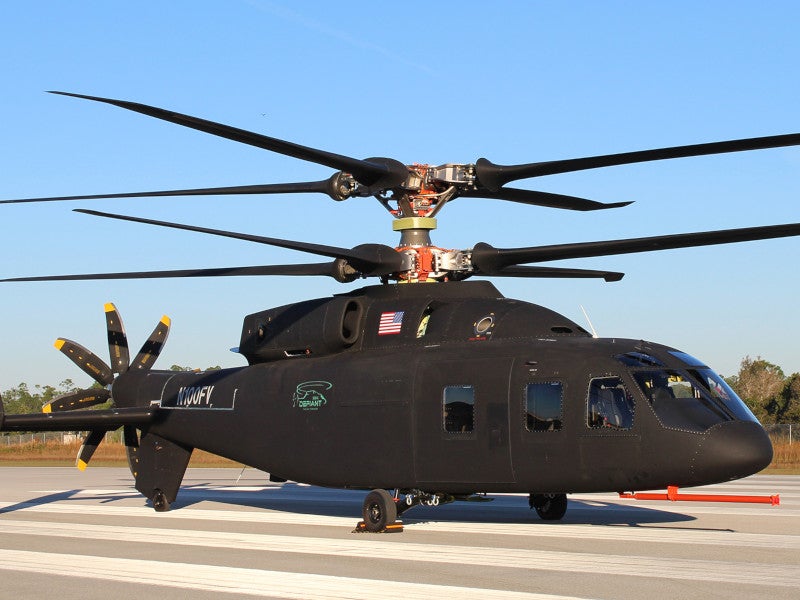