Details contained in a new Pentagon report add to the already mounting evidence that the U.S. military used an AGM-179A Joint Air-to-Ground Missile (JAGM) to kill Iranian General Qassem Soleimani in Iraq just over a year ago. In addition, it strongly suggests that these missiles have been employed in other strikes that may have been carried out by the secretive Joint Special Operations Command or the Central Intelligence Agency dating back to at least 2016.

A direct confirmation that JAGMs have been used against unspecified "classified counterinsurgency targets such as truck[s] and motorcycles" was included in the latest annual report from the Pentagon's Office of the Director of Test and Evaluation, or DOT&E, which was publicly released on Jan. 14, 2020. This review covers test and evaluation activities related to a number of high-profile projects, including the AGM-179A, which were conducted during the 2020 Fiscal Year that began on Oct. 1, 2019 and ended on Sept. 30, 2020.

Officially, JAGM entered low-rate initial production in 2018 and the U.S. Army declared initial operational capability with the missile in 2019. However, operational test and evaluation activities are still ongoing as part of efforts to integrate the weapon onto U.S. Air Force, U.S. Marine Corps, and U.S. Navy aircraft. DOT&E's report highlights a number of issues the missiles have experienced in testing so far. These include the height of burst sensor detonating the warhead too early when engaging personnel in the open, the need for extreme cold weather testing to assess the weapon's ability to perform in the increasingly strategic Arctic region, and problems encountered during the integration of the weapon onto the Marine's AH-1Z attack helicopter.

However, the admission that the JAGM has been employed operationally is by far the most interesting detail in the report. In addition, it includes a rendering of the missile with a visible data plate at the back that reads:

These markings are significant, but more on that in a moment. Also, while this is not a picture of an actual AGM-179A, it is apparently representative enough of the real missile that the dual-mode seeker in the nose is blurred out.

The JAGM program traces back to 2007, as a follow-on to the abortive AGM-169A Joint Common Missile effort. In 2012, Lockheed Martin and Raytheon both received initial contracts to develop competing designs for the missile, with Lockheed Martin's offering winning out the following year.

The resulting AGM-179A is effectively a heavily modified AGM-114R Hellfire II, with a new dual-mode guidance package in the nose. JAGM can zero in on its target using either semi-active laser homing or a millimeter-wave radar seeker. It also has the ability to leverage the capabilities of both at once, initially finding the target via laser guidance and then switching over to the radar. Hellfire variants are available with both of these guidance options, but not both together on a single missile.

This combination makes the weapon extremely flexible and allows it to engage threats even in conditions where the beam from a laser designator might be blocked by clouds or other obscurants, and even suddenly during the terminal phase of flight. There have been discussions in the past about the development of future variants that could feature tri-mode guidance systems, adding in an imaging infrared capability, as well as greater range and other improvements.

Though it leverages a lot of the existing AGM-114R design, the new nose section does mean that the JAGM it's slightly heavier than a Hellfire. The Army says that it weighs 52 kilograms, or approximately 115 pounds. With the exception of the AGM-114K variant, all versions of the Hellfire II family presently in U.S. service have publicly stated weights of 49 kilograms, or around 109 pounds.

All of this would seem pretty esoteric if not for the fact that a fragment of one of the missiles reportedly recovered after the Soleimani strike had the exact same markings as seen on the rendering of the JAGM in this new DOT&E report. There had already been speculation at the time that these missiles, rather than Hellfires, had been employed in that strike.

The U.S. military, however, has never confirmed that JAGMs were used to kill Soleimani. The Army has also blurred out the markings on the rear of the missile in pictures it has publicly released in the past from testing, which has always seemed odd since the weight data is not classified.

DOT&E's note that these missiles have been employed again "classified counterinsurgency targets," plural, as well as the mention of motorcycles being struck – Qassem Soleimani was riding in an SUV when he died – also provides strong additional evidence linking JAGMs to other strikes. Pictures do exist of missile fragments that initially looked to be from Hellfires, but which have the 52 kilogram weight markings, from at least two other strikes in Syria.

The first of these was an alleged U.S. drone strike against an SUV in Idlib city in northwestern Syria in 2016. The second was a controversial strike on what locals said was a mosque near the village of Al Jinah, situated in the country's northwestern Aleppo governorate, which reportedly killed dozens of innocent civilians. The U.S. military did acknowledge it had carried out that latter strike, but said had it struck a known meeting place for Al Qaeda-linked terrorists and that a mosque, which it left untouched, was across the street.

It's worth noting that northwestern Syria has been generally off-limits to the U.S.-led coalition fighting ISIS, but has seen a number of U.S. airstrikes since 2016. Some of these, including the Al Jinah strike, have been publicly acknowledged by the U.S. military and have primarily targeted individuals tied to Al Qaeda.

A number of these strikes have also been carried out in the same general region of Syria using the AGM-114R9X Hellfire missile, which has a warhead consisting of pop-out sword-like blades rather than a traditional explosive charge. You can read more about this weapon, which is understood to be used almost exclusively by JSOC and the CIA, in this past War Zone story.

In addition, in August 2020, the U.S. military acknowledged losing two MQ-9 Reaper drones flying over northwestern Syria, saying the two unmanned aircraft collided in mid-air. In the period leading up to that incident, locals had taken pictures and video of MQ-9s with unusual loadouts, including what appeared to be gray-colored missiles. The base color of all known Hellfire variants is black, but JAGMs have been seen painted in gray and green color schemes.

It wouldn't be surprising that JSOC and the CIA had gotten early access to these weapons. These organizations have a long history of being early adopters of new weapons and other technology, as well as fielding highly specialized and novel munitions and other systems, such as the R9X Hellfire variant. As noted, the JAGM's dual-mode seeker offers distinct advantages over Hellfires and an increased chance of successfully scoring a hit, regardless of any environmental factors. This would even more desirable than usual for targeting specific high-value individuals where the engagement window might be very small and the opportunities to engage at all may be extremely rare.

With all this in mind, the potential decision of using the new JAGM to kill Qassem Soleimani, a particularly sensitive target, in an equally sensitive location, seemed to have made good sense, from a weaponeering perspective, and it now seems to have almost certainly been the case. 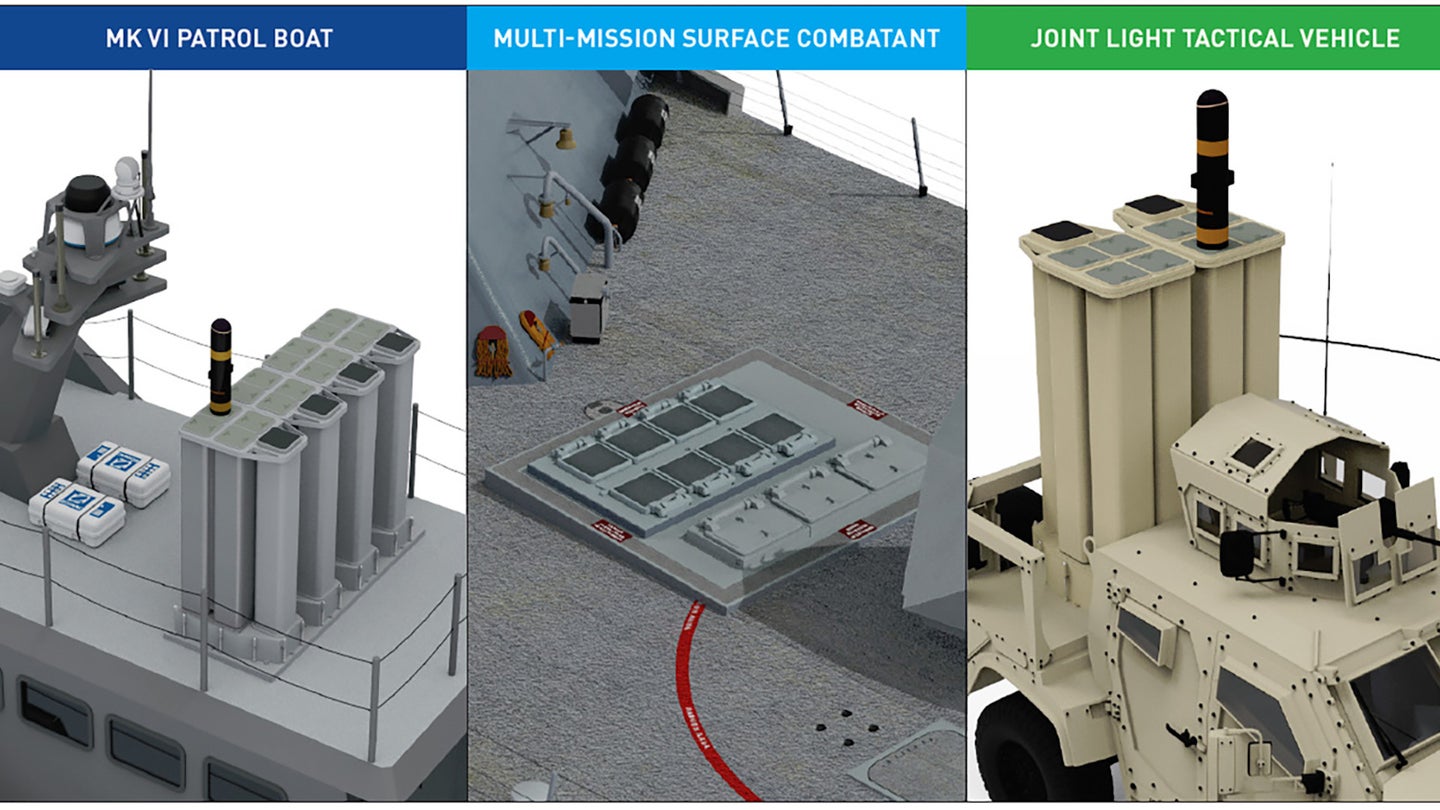 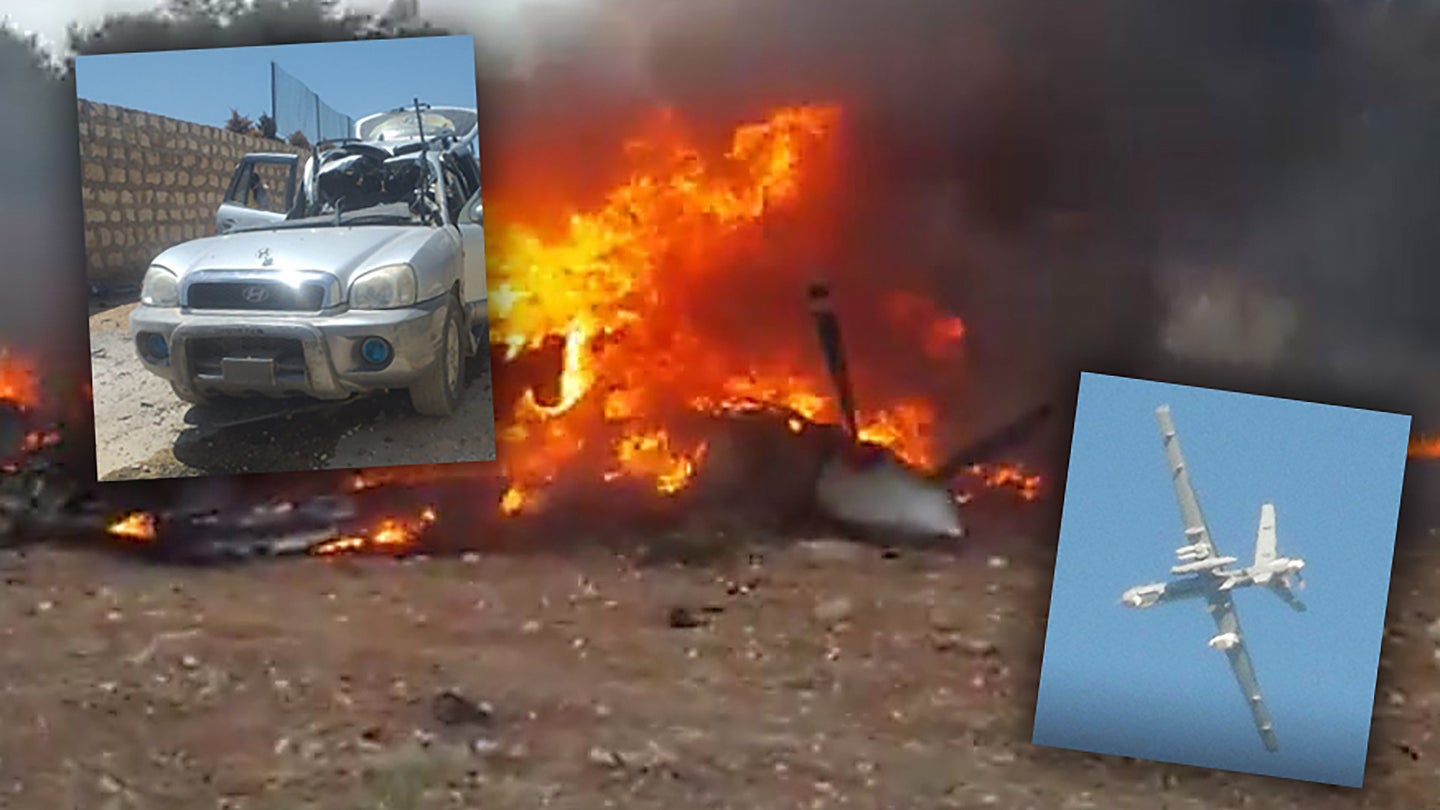 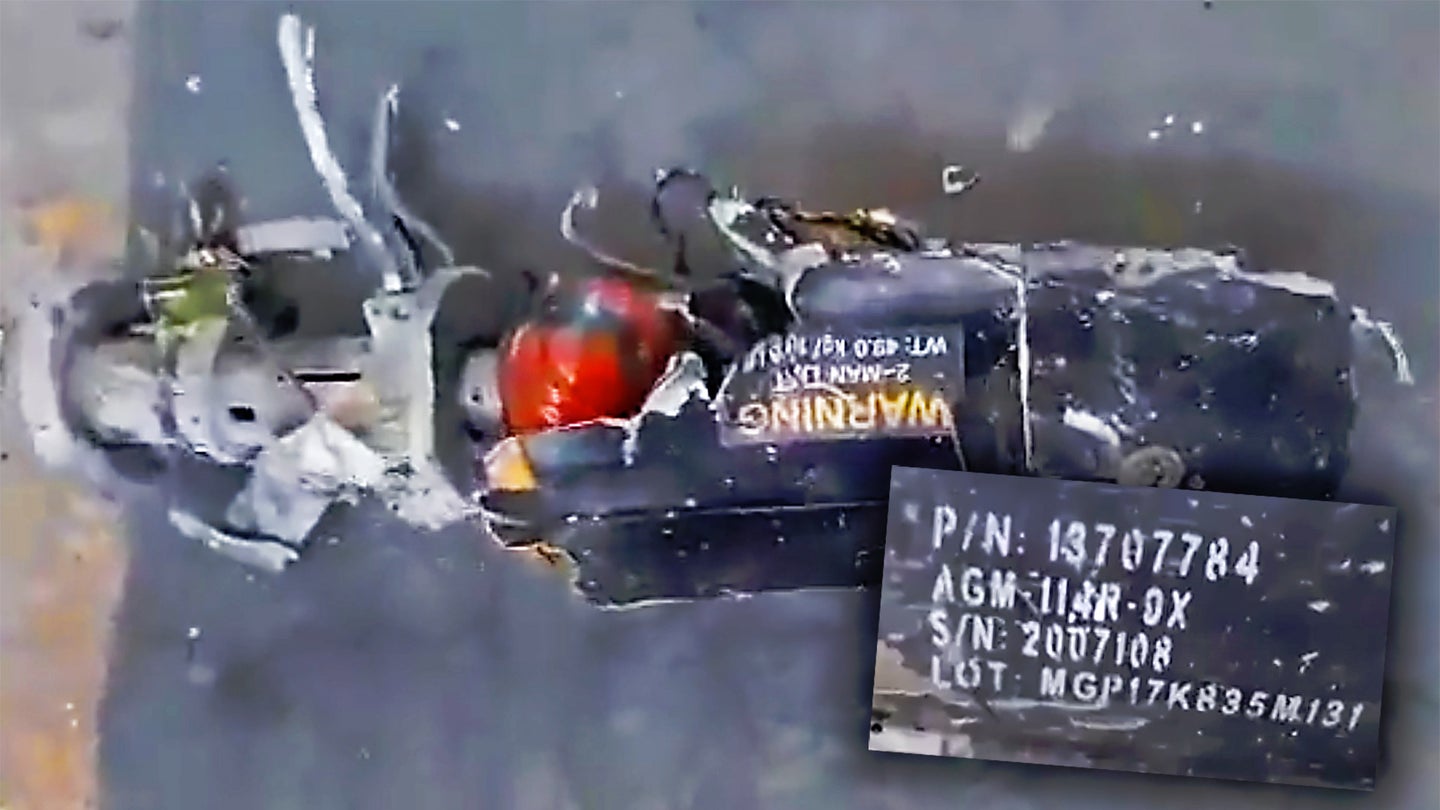