A video has emerged that reportedly shows an Iranian Navy Sea King helicopter flying over what looks to be a U.S. Navy Ohio class guided-missile submarine sailing a periscope depth somewhere in the North Arabian Sea This very likely the USS Georgia, which made an unusually public transit into the Persian Gulf, sending a clear signal to Iran, last month. The Iranian Navy claims that the American submarine was operating close to where it has been conducting a major exercise this week and that it left after being detected. It's extremely rare to see U.S. Navy submarines sailing so close to the surface like this anywhere in the world, let alone in any sort of proximity to potential hostile forces.

Iran's Navy says that the encounter took place today and that the submarine looked to be heading toward the area where it has been holding its Eqtedar exercise at the time. This two-day drill, the name of which means power in Farsi, started yesterday, Jan. 13, 2021, and has reportedly involved a significant display of the country's naval capabilities, including the first-ever instance of its lone Fateh class submarine firing a torpedo. The Iranian Navy's new sea base-type ship, the Markran, which was only formally commissioned earlier this week and that you can read about more in this War Zone piece, as well as a recently delivered Sina class missile-armed fast attack craft are also taking part.

The Iranian Navy did not identify the American submarine, but the video that subsequently appeared online shows a submarine matching the size and shape of an Ohio class boat. A dry deck shelter, used to deploy special operations forces, as well as the mini-submarines they can use to transit longer distances to their objectives and other over-sized payloads, is visible mounted on the hull behind the sail. This is a feature found on the four Ohios that were converted into guided-missile submarines, or SSGNs, including USS Georgia, though a number of Virginia class submarines are also fitted with them. The Ohio class SSGNs multi-mission boats, which you can read about in more detail in this past War Zone feature, are among the most capable and in-demand submarines in the U.S. Navy today.

The video also shows the crew of the Iranian Navy Sea King attempting to contact the submarine and warning it not to enter the exercise area. The boat reportedly left the area afterward, with some Iranian outlets implying that it was forced to leave after being detected.

When asked for a statement in response to the Iranian claims, as well as the video, U.S. Naval Forces Central, which oversees U.S. naval operations in and around the Middle East, to include the North Arabian Sea, told The War Zone that, as a general rule, it does not discuss submarine operations. This is, of course, in contrast to the USS Georgia's transit through the strategic Strait of Hormuz into the Persian Gulf last in December 2020, which the U.S. Navy actively highlighted, including releasing the video seen below. The new Iranian video would indicate that the boat left the Persian Gulf with no such fanfare.

Regardless, it would not be at all surprising that USS Georgia would be keeping an eye on the Eqtedar drill. The primary focus when talking about the Ohio class SSGNs is often on their ability to carry up to 154 Tomahawk land-attack cruise missiles and special operations forces units. However, they typically only have around 100 Tomahawks – still a significant loadout – onboard at any one time and empty missile tubes, as well as other spaces within the hull, are filled with other highly specialized equipment, including various unmanned platforms and the necessary systems to launch them while underwater. The boats are otherwise outfitted to operate as discreet underwater intelligence fusion nodes and command centers. This all makes them some of the best intelligence-gathering platforms available to the U.S. Navy.

Based on Iranian news reports, the exercise presents a potential intelligence bonanza, including a chance to collect information about the country's Fateh class submarine and its capabilities, as highlighted by this being the first instance it is known to have successfully fired a torpedo. This Iranian submarine officially entered service last year and is the largest boat that the country has at present. Iran has also said that it will eventually be capable of firing submarine-launched anti-ship missiles.

There would no doubt be a general desire to get any additional details about the Markran, which is the second sea base-type ship to enter Iranian service in the past three months, as well. The Eqtedar exercise has also involved the employment of an array of existing surface and shore-launched anti-ship missiles and unmanned aircraft, as well as various other Iranian Navy warships, additional information about which would still have clear intelligence value.

The entire exercise area would have been full of electronic emissions, from radars, communications systems, and more that would also be of interest to U.S. intelligence analysts. Any intercepted communications chatter might provide new insights into Iranian tactics, techniques, and procedures, too.

No matter what, the exercise also comes at a time where there continues to be significant concerns within the U.S. government that Iran might be planning to attack U.S. interests, either directly or via proxies, in the region or elsewhere. The first anniversary of the U.S. military's killing of Iranian General Qassem Soleimani in Iraq in January 2020 came and went without incident, but Iranian officials made pointed threats toward the United States, including ones aimed at President Donald Trump, specifically.

In response, Trump directed the Pentagon to send the supercarrier USS Nimitz and its associated strike group, which had been on their way home, back to the Middle East as a deterrent. USS Georgia's very presence in the region, together with numerous long-range sorties by U.S. Air Force B-52 bombers, were also seen as sending similar messages to the regime in Tehran ahead of the anniversary of Soleimani's death.

There have been reports that the U.S. intelligence community has seen notable upticks in Iranian military activity, but it has remained unclear if that might be in preparation for an attack, or U.S. relational to one, or if it a response to threats from the United States, real or perceived. Sending Georgia to discreetly observe this major Iranian naval exercise could help provide additional context for any future assessments about the posture of Iran's military forces.

It's also worth remembering that Iran's Islamic Revolutionary Guard Corps seized a South Korean-flagged tanker earlier this month. This prompted the South Korean military to increase its activities in and around the Strait of Hormuz and otherwise increasing tensions in the region.

Georgia's appearance near the exercise, close to the surface and during the day, put it in a very vulnerable position and one where it was very likely from the beginning that it would be detected visually by Iranian forces operating in the area. This would have had to have been a deliberate decision on the part of the boat's commanding officer. This raises the question of whether this was itself another signal to Iran, which could add another facet to the geopolitical friction between Washington and Tehran at the moment.

There have been reports that President Trump might be considering some kind of military action against Iran, including on facilities related to its controversial nuclear program. Iranian authorities recently announced that they had begun enriching uranium to levels prohibited under an international agreement, which the U.S. government had been party to, but withdrew from in 2018. This could potentially put Iran closer to being able to build a nuclear weapon, should it decide to do so.

All told, the brief cat-and-mouse game between the Iranian Navy and its American counterpart today in the North Arabian Sea underscores how close the two are operating to each other and the bold activities the U.S. Navy is asking of its usually invisible submarine forces in the region. 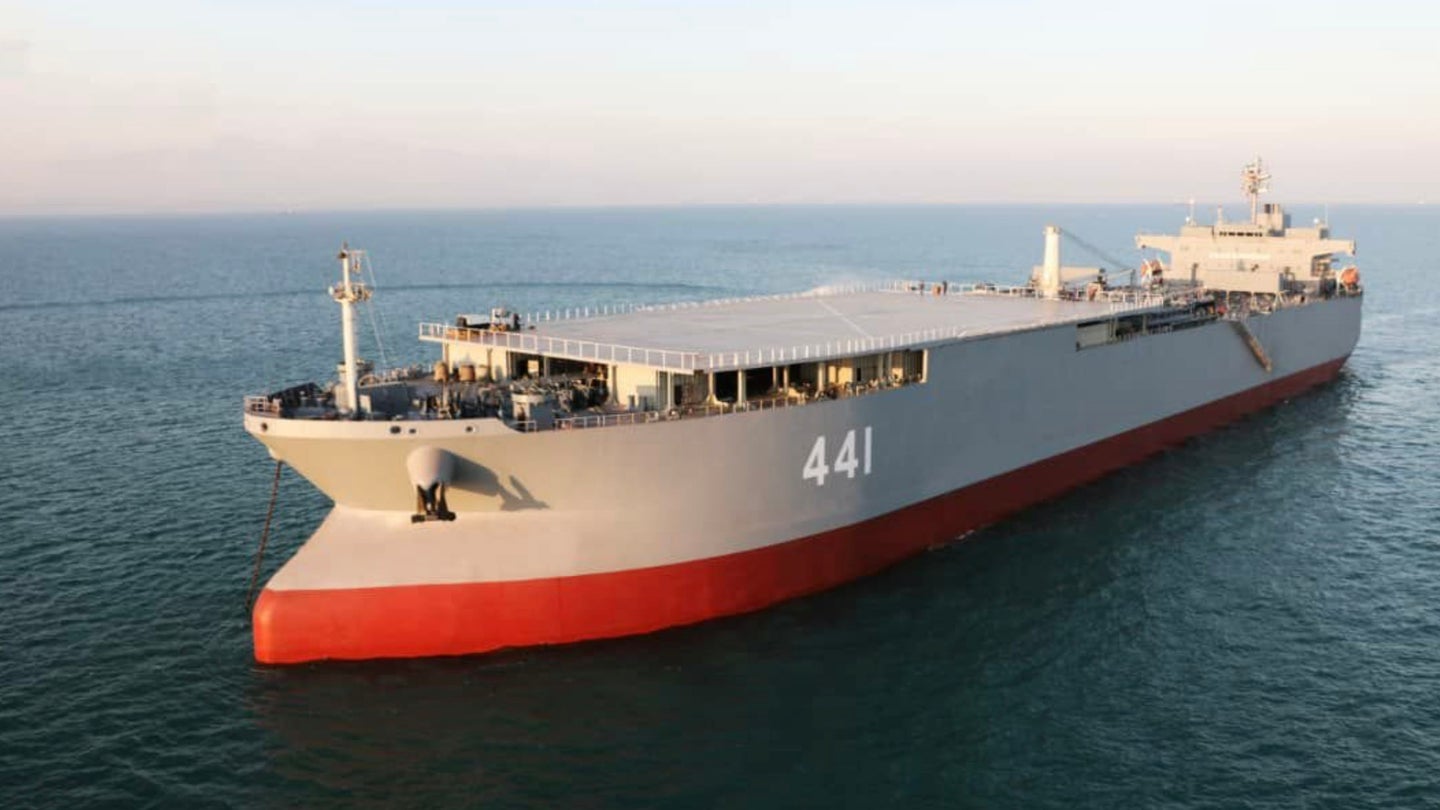 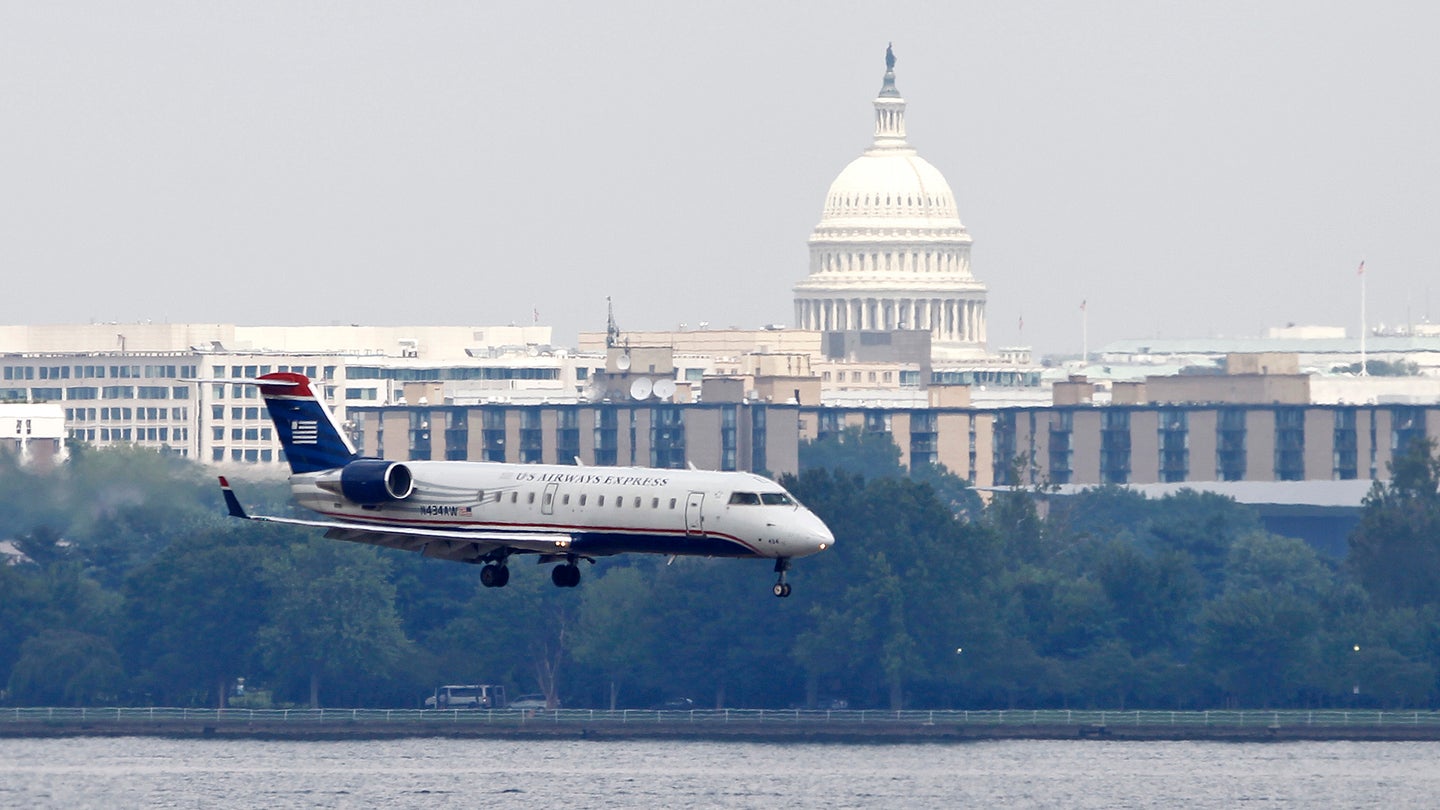 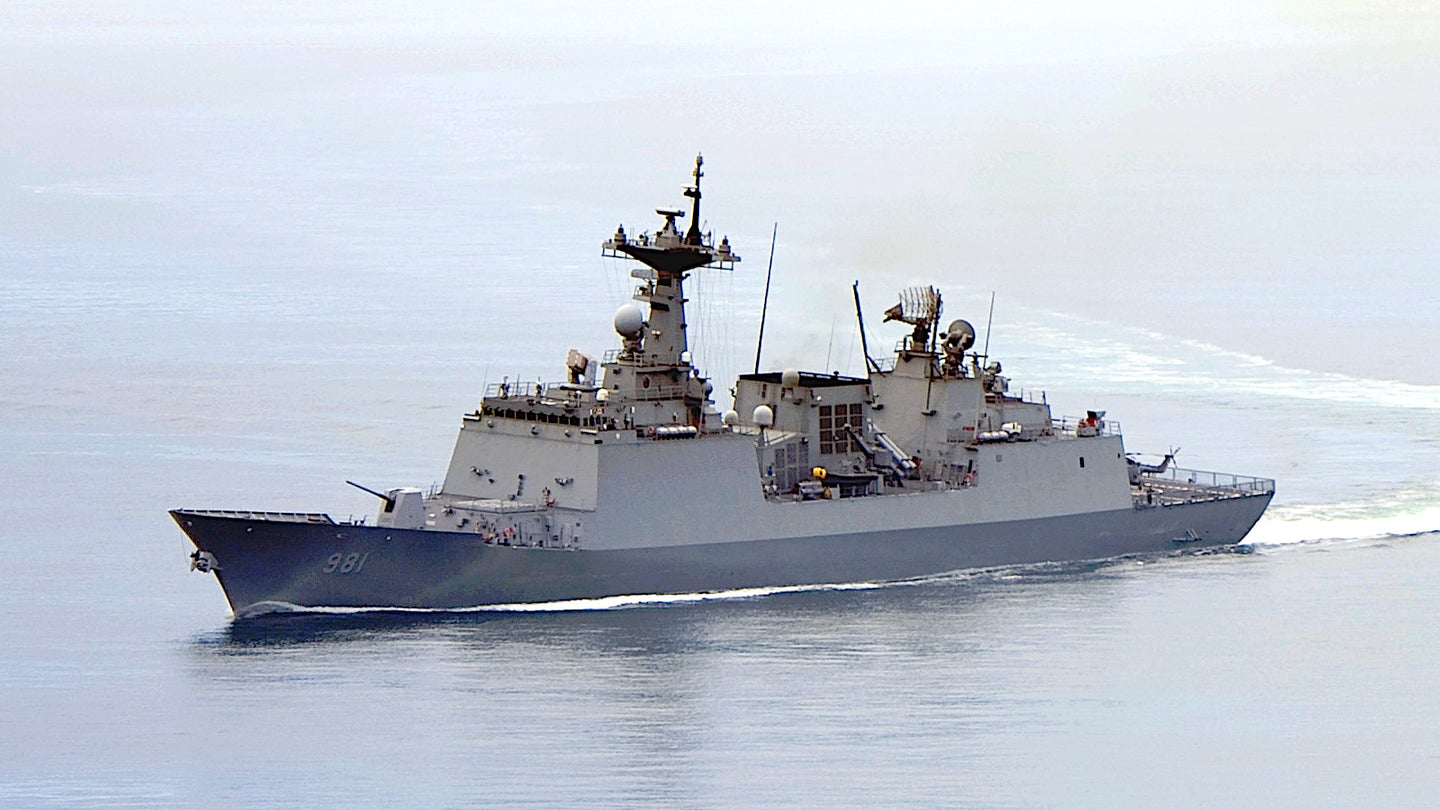 South Korea says the warship’s mission is to prevent further seizures while they work through diplomatic channels to free the captured tanker.