A bizarre amount of Marine One helicopter activity over the Vice President's Residence at the Naval Observatory prompted concerns on social media. 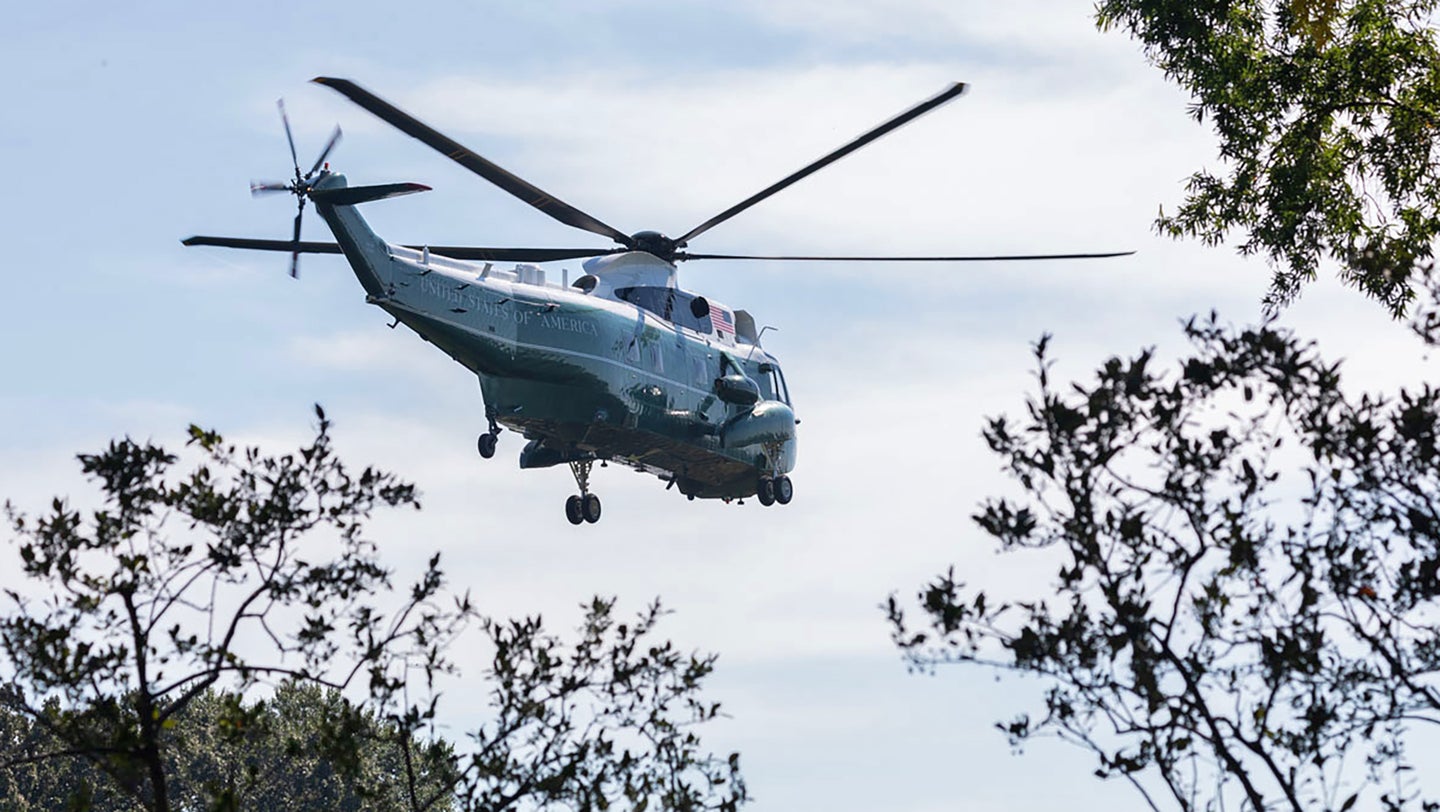 One of the top trending topics on Twitter this afternoon was Marine One. The spike in interest in the presidential helicopters was due to some heavy flight traffic by them around the Vice President's Residence at the Naval Observatory, which is located about three miles to the northwest of the White House. The movements were so noticeable that NBC's Michael Beschloss tweeted about it, which catapulted the Twittersphere into wild theory and conspiracy manufacturing mode. Considering the unprecedented events of the last week on Capitol Hill, this is hardly surprising. So, I wrote a tweet thread on the topic that tried to explain what folks were seeing. Although the explanations are far less entertaining than what some may hope, many seemed to appreciate the commentary and background, so I thought I would adapt it and do a formal post on the matter.

There are two major possibilities here to point out, and both of them being accurate simultaneously is actually more probable than not. Keep in mind that none of this is definitive, but it should go a long way in helping to explain what folks were likely seeing, and calm some nerves in the process.

HMX-1 is the elite Marine helicopter squadron that flies the VH-3D and VH-60N "White Top" helicopters that are used for presidential airlift operations, as well as MV-22 Ospreys that support those missions and others. When the President is on board any of these airframes, that aircraft goes by the callsign "Marine One." When the Vice President is on board, the callsign is "Marine Two." During the vast majority of these operations, HMX-1 flies identical airframes in pairs, with one being the decoy aircraft. Together they play a constant shell game to confuse potential adversaries.

In order to accomplish this mission, HMX-1 crews need to train. The mission is incredibly demanding as it is a no-failure proposition. The urban landing zones, in particular, including the on South Lawn at the White House and the grass landing areas up at the Naval Observatory are not simple to safely and reliably get in and out of. So, crews need currency training. This is especially true when they are at heightened alert, as is pretty much everyone in the national security apparatus around Washington, D.C. right now, and especially those dealing with protecting the country's political leadership.

In addition, these highly specialized aircraft and their crews are not just tasked with moving POTUS and the VP around the region and especially to nearby Andrews Air Force Base for flights aboard Air Force One and Air Force Two. They are absolutely essential to Continuity Of Government (COG) operations, which come in many shades. In fact, they are part of a small air force of helicopters based around the Capital Region that all have a secondary tasking of supporting COG missions. You can read all about these units, including HMX-1, and this mission in this previous feature of mine, as well as this article about recent operations that have raised local concerns.

Part of HMX-1's role in COG operations includes quickly snatching POTUS and the VP and whisking them away to highly secure remote facilities were a major threat to emerge. This highly challenging action has to occur in a manner of minutes. This is partially why HMX-1 has a heavily guarded forward operating location at Naval Support Facility Anacostia, which is located just three miles from the White House. The unit is otherwise based 30 miles south of the Capital in Quantico, Virginia. With all this in mind, practice is important, especially considering the state of play in the Capital at this time. In fact, one could argue it is more critical now than at any time in recent memory.

Beyond training, consider what happened last week, which included throngs of Trump supporters screaming in unison to hang Mike Pence just for doing what the Constitution states. This was an absolutely despicable demonstration by a crazed mob and it clearly sent a chill through the ecosystem that is tasked with protecting Vice President. As such, security has surely been tightened around him. The practice of primarily using the motorcade to get the Vice President where he needs to go, and especially from his residence to the White House and the Old Executive Building, is among the most obvious security changes that should happen, and we can only hope that it has. The alternative to the motorcade's armored vehicle procession is using HMX-1's White Tops. This would result in a sudden spike in helicopter activity at the Vice President's residence. It may demand some additional training for HMX-1 crews in order to support the new transportation regime over the coming days.

This combined reality is likely what folks are seeing.

If there was some sort of sudden transfer of power, this type of HMX-1 activity wouldn't necessarily be an indicator of it, although such a transfer could occur at any time. Anything is possible at this point.

So, there should be nothing to worry about here. It is just the White House Military Office, the Secret Service, and the folks of HMX-1 adapting to a changing security environment.

This is precisely why we spend mountains of money to plan for such changes and to have the capabilities in place that can make them a reality.