Pilots of Greece’s Hellenic Air Force, who in the near future could be flying both F-35 and Rafale multirole fighters, are set to be trained at a new flight academy, equipped with a complement of 10 new M-346 advanced jet trainers, which Israeli company Elbit Systems has now been hired to establish and operate. Worth approximately $1.68 billion, this is the biggest defense deal between the two countries and also includes upgrades for Greece’s T-6 Texan II turboprop trainer aircraft, as well as other items and services intended to completely overhaul the country’s flight training capabilities. So far, it’s not been announced if the M-346s will be bought outright by Greece or if they will be provided by Elbit on a contractor-owned, contractor-operated basis.

The Israeli Ministry of Defense announced today that Elbit had won the Hellenic Air Force training contract, following an international tender that saw competition from Canada’s CAE, also offering a package based on the M-346. The plan has been approved by the government in Athens, but still needs to be formally signed off on by the Greek and Israeli defense ministries.

As well as the flight academy itself, and the ten M-346 aircraft that are produced by Italian company Leonardo, the deal covers maintenance and upgrade of the Hellenic Air Force’s existing T-6 turboprop trainers, as well as the provision of simulators, training aids, and logistic support, all for a period of 20 years. Both the M-346s and the modernized T-6s will be equipped with Elbit avionics.

“This agreement reflects the excellent and developing relations we have with Greece. It is a long-term partnership that will serve the interests of both countries,” said Israeli Defense Minister Benny Gantz.

The Hellenic Air Force flight school will be located at Kalamata on the Peloponnese peninsula, which is already home to basic and advanced training courses. It’s expected that the curriculum of this new flight academy will be based on the Israeli Air Force’s model, which is based at Hatzerim and also employs both the M-346 and T-6.

The M-346, ten of which will equip the flight academy, is a popular advanced jet trainer that is already in service with Italy, Poland, and Singapore, as well as Israel, which bought 30 examples that are known locally as the Lavi – not to be confused with the abortive Israel Aircraft Industries Lavi fighter jet. A version of the M-346 also unsuccessful vied for the U.S. Air Force’s T-X requirement, initially being offered by Raytheon and Leonardo, and subsequently by the Italian firm alone. T-X competition was eventually won by the Boeing-Saab offering, now known as the T-7 Red Hawk.

Greece badly needs new jet trainers to replace its veteran fleet of T-2 Buckeye aircraft. The Hellenic Air Force was one of just two export customers for the T-2, which was designed for the U.S. Navy as a carrier-capable trainer and first flew in 1958. The U.S. Navy retired the very last of its Buckeyes in 2015, with T-45 Goshawks taking their place.

The Cold War-era T-2 is clearly no longer suitable for training pilots destined for the advanced cockpits of upgraded Hellenic Air Force F-16 fighter jets, for example, let alone future frontline aircraft, such as the Rafale or the F-35. In the past few months, and against a backdrop of heightened tensions with neighboring Turkey, Greece has announced plans to buy 18 Rafales from France and has reportedly formally requested information from the Pentagon with an eye to purchasing between 18 and 24 of the stealth Joint Strike Fighters, which you can read more about here.

The Greek T-6 fleet, which is planned for modernization under the deal for the flight academy, had fully replaced the iconic jet-powered T-37 Tweet in the initial and basic training roles by 2002. Greece acquired 45 Texan IIs in total, including 20 examples with provision for carrying rocket pods, gun pods, and bombs for weapons training.

This new deal provides the opportunity to increase military cooperation between Greece and Israel. In terms of pilot training, this collaboration has already included Israeli Air Force participation in the Hellenic Air Force’s Iniohos exercise, organized by its Air Tactics Center, while Greek jets have also flown in Israel’s corresponding Blue Flag maneuvers. While in Greece, the Israeli Air Force has notably flown training missions against Russian-made S-300 surface-to-air missile systems originally procured for the defense of Cyprus, in what has been considered preparation for potential missions against Iran or Syria. Meanwhile, Greece is also expecting to receive three maritime-configured Heron drones leased from Israel Aerospace Industries (IAI), which will provide a much-needed capability boost.

Israel is also just one regional military power with which Greece is establishing closer military ties, amid rival claims to energy reserves in the eastern Mediterranean. Ahead of the announced Rafale purchase, the Hellenic Air Force trained with its French counterpart in Crete, for example. Greece also hosted a detachment of F-16E/F Desert Falcons from the United Arab Emirates for joint training last August. A month prior, Hellenic Air Force F-16s were training alongside the F/A-18 Super Hornets from the USS Dwight D. Eisenhower, southeast of Crete, as part of bilateral military cooperation between the two countries.

There is potentially scope for the Hellenic Air Force flight academy to teach pilots from other countries, too. The availability of a full-spectrum training center at a single location could be attractive for air forces that are unable to meet their own training needs, either due to lack of capacity or facilities. The Cypriot Air Force, for example, which lacks a dedicated training fleet, sends its aviators to train in Greece, including on the T-6 and T-2.

Offering training services to international clients is an increasingly popular solution, as evidenced by the success of the NATO Flying Training in Canada program launched in 2000, which has taught pilots from Austria, Denmark, Germany, Hungary, Italy, Saudi Arabia, Singapore, the United Arab Emirates, and the United Kingdom, with CAE serving as the prime contractor. Also in Canada, ITPS is a commercial provider of tactical aviation training services, poised to offer a fleet of Korea Aerospace Industries FA-50 Fighting Eagle light combat aircraft for tactical and adversary training. You can read more about those plans here.

In Europe, meanwhile, the Italian Air Force and Leonardo are collaborating on the International Flight Training School (IFTS), for lead-in fighter training with the M-346. Work on the IFTS formally began at its new home of Decimomannu, on the island of Sardinia, last month. With the promise of advanced live and synthetic training aids, plus good weather, the Hellenic Air Force flight academy could also attract pilot cadets from other countries in the future.

Despite financial challenges, Athens has remained committed to a large-scale modernization of its armed forces, with the Hellenic Air Force arguably the tip of the spear. With a significant fourth-generation fighter jet force to sustain, and with plans to acquire more advanced Rafales, and perhaps also F-35s, it makes sense that the country’s pilot training pipeline is overhauled, as well. 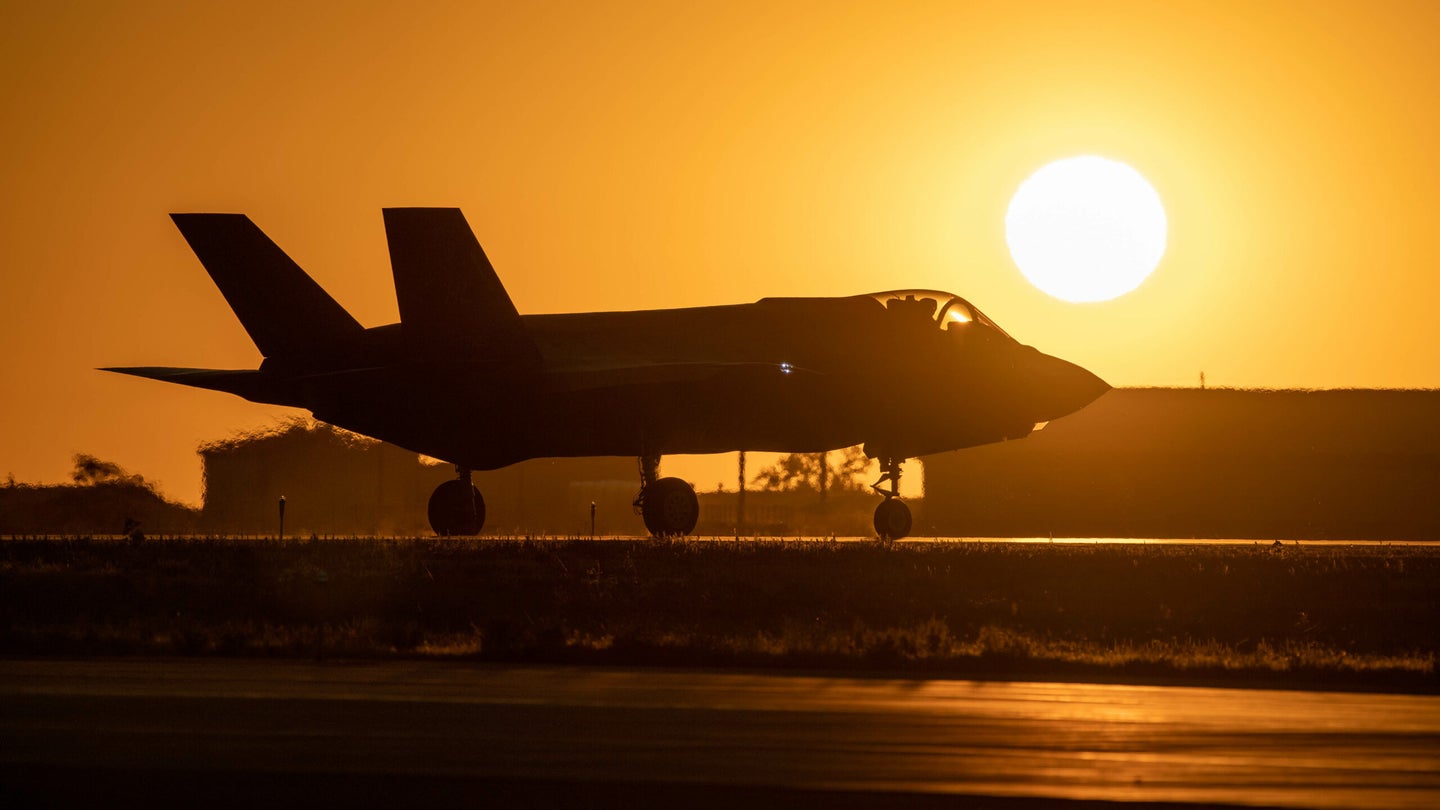 Greece Says It Is Willing To Take Second-Hand F-35s As Part Of An Urgent Request: Report

Athens’ letter to the Pentagon could kickstart a fast-track acquisition process for the stealth fighters, which it says it badly needs. 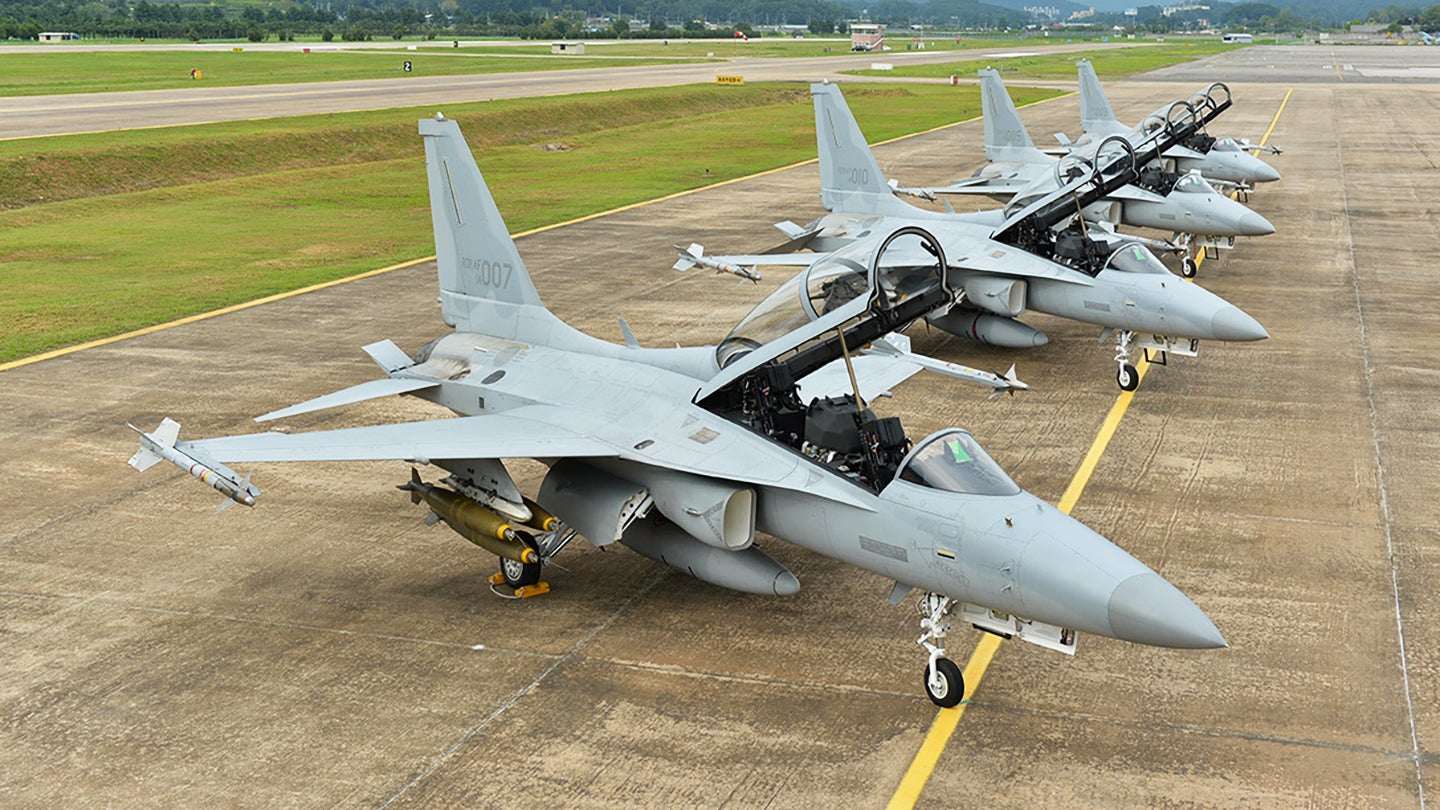 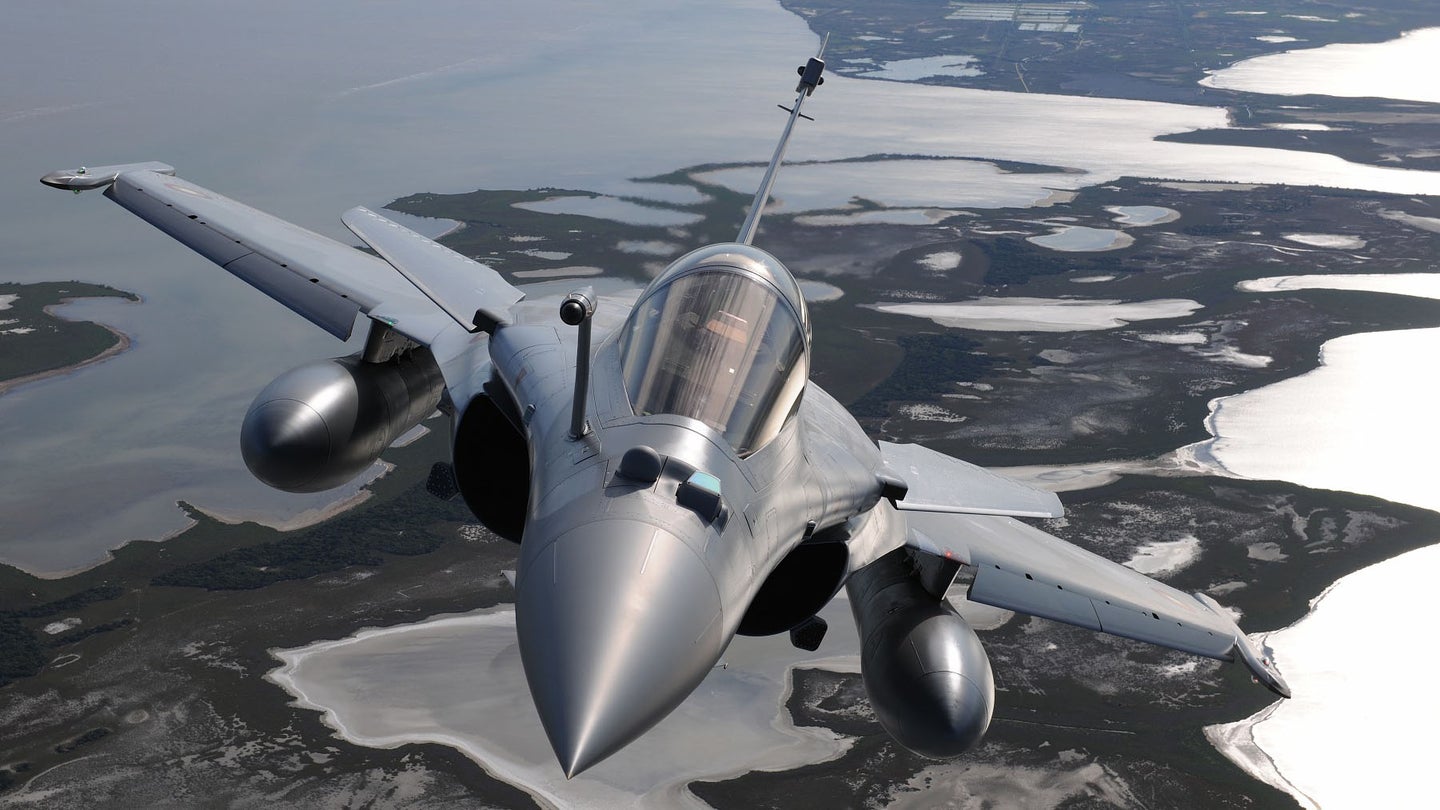