The first Boeing E-7 Wedgetail airborne early warning and control aircraft for the British Royal Air Force will be a converted 737-700 Boeing Business Jet last operated by a Chinese airline. The revelation was uncovered recently by the aircraft spotters community in the United Kingdom and was first published on the Military Aircraft Markings

The initial 737 to be converted for the Royal Air Force’s Wedgetail contract currently wears the U.S. aircraft registration number N946BC and has the Boeing construction number 38633. The most intriguing aspects about this choice of the airframe are its age — it was first flown back in June 2010 — and the fact that it was previously flown by Chinese carrier Deer Jet, a charter operator based in Beijing. It is unclear why Deer Jet, which describes itself as having “the largest fleet of business jets in the Asia-Pacific region,” gave up the airframe, which is currently owned by the manufacturer, Boeing, and stored at San Bernardino International Airport in California.

The aircraft is due to arrive in the United Kingdom this month, before being converted to airborne early warning and control (AEW&C) standard by STS Aviation Services at its Birmingham Airport facility. Boeing UK confirmed last November 2 that the first fuselage sections for the initial two Royal Air Force Wedgetail aircraft had been delivered to STS.

Once conversion work is complete, the first aircraft is scheduled to be delivered to the Royal Air Force as a Wedgetail AEW1 in 2023 and will be operated from RAF Lossiemouth in Scotland — this base’s airborne early warning legacy is a subject that The War Zone has looked at in the past. The final aircraft should arrive at the base in 2026.

The choice of this ten-year-old, formerly Chinese-operated airframe has raised a few eyebrows. On the other hand, it had long been planned to use secondhand civilian airframes as the basis for the first two Royal Air Force Wedgetails. The remaining three aircraft will be brand-new off the Seattle production line, using slots reserved for 2021 and 2022.

Such a move is not without precedent, to reduce costs and/or reduce delivery times. For example, the U.S. Air Force has looked to save money on its fleet of new presidential aircraft by buying abandoned 747-8i airliners Boeing first built for a now-bankrupt Russian airline. You can read all about that controversial program here.

In the case of the Royal Air Force’s Wedgetail aircraft, the decision to use secondhand jets for a portion of the fleet was taken in order to expedite service entry. Assistant Chief of the Air Staff, Air Vice Marshal Ian Gale tweeted: “We sourced some low-hours aircraft in order to jump-start our program without having to wait for slots on the Boeing skyline. It helps accelerate the initial conversions and therefore introduce the new aircraft as quickly as we can.”

Boeing has to date secured four customers for the AEW&C variant of the 737 — Australia, Korea, Turkey, and the United Kingdom.

Regardless of whether new-build or secondhand, the Wedgetail starts life on the production line in civilian guise before being converted to military standard, including cutting out a large aperture in the upper fuselage to accommodate Northrop Grumman’s Multirole Electronically Scanned Array (MESA) surveillance radar. The 737-700 also serves as the basis for the U.S. Navy’s C-40 Clipper logistics transport, while the P-8 Poseidon maritime multi-mission aircraft, which is also flown by the Royal Air Force, is derived from the 737-800. Both the 700 and 800 belong to the Boeing 737 Next Generation series and not part of the troubled 737 MAX family, which recently resumed flying in the United States after being embroiled in controversy following multiple crashes.

The British Ministry of Defence announced the $1.98-billion order for five Wedgetail aircraft in March 2019. These are to replace the Royal Air Force’s current fleet of six E-3D Sentry AEW1s, two of which had already been classed as “long-term unserviceable.” The move was widely expected following the selection of the Wedgetail as the front-runner to replace the Sentry the previous October.

At the time of the order, Chief of the Air Staff, Air Chief Marshal Sir Stephen Hillier said: “[The] announcement about the procurement of five E-7 Wedgetail airborne early warning and control aircraft is excellent news for both the RAF and wider defense. This world-class capability, already proven with our Royal Australian Air Force partners, will significantly enhance our ability to deliver decisive airborne command and control and builds on the reputation of our E-3D Sentry Force.”

The aging Sentry entered Royal Air Force service in 1991 and, unlike its counterparts in the United States and elsewhere, the fleet has never received a major upgrade since, as well as becoming increasingly unreliable. The two grounded E-3s were put up for sale recently.

With a pressing requirement for new AEW&C aircraft, the Wedgetail looks set to be a much-in-demand asset once it becomes available. Provided its path to Royal Air Force service is trouble-free, the fact that one of the jets previously saw service flying charter flights out of Beijing will perhaps be quickly forgotten. 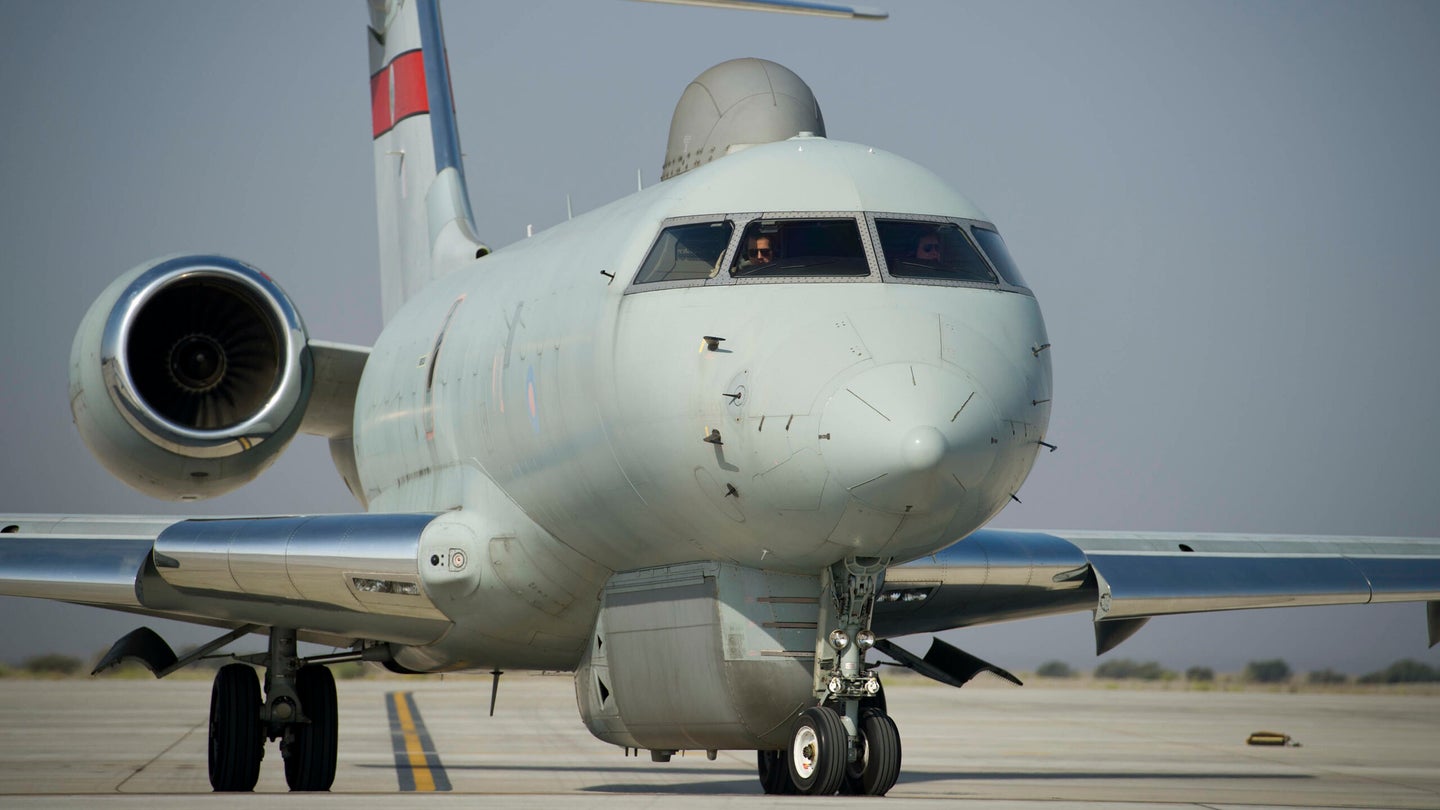 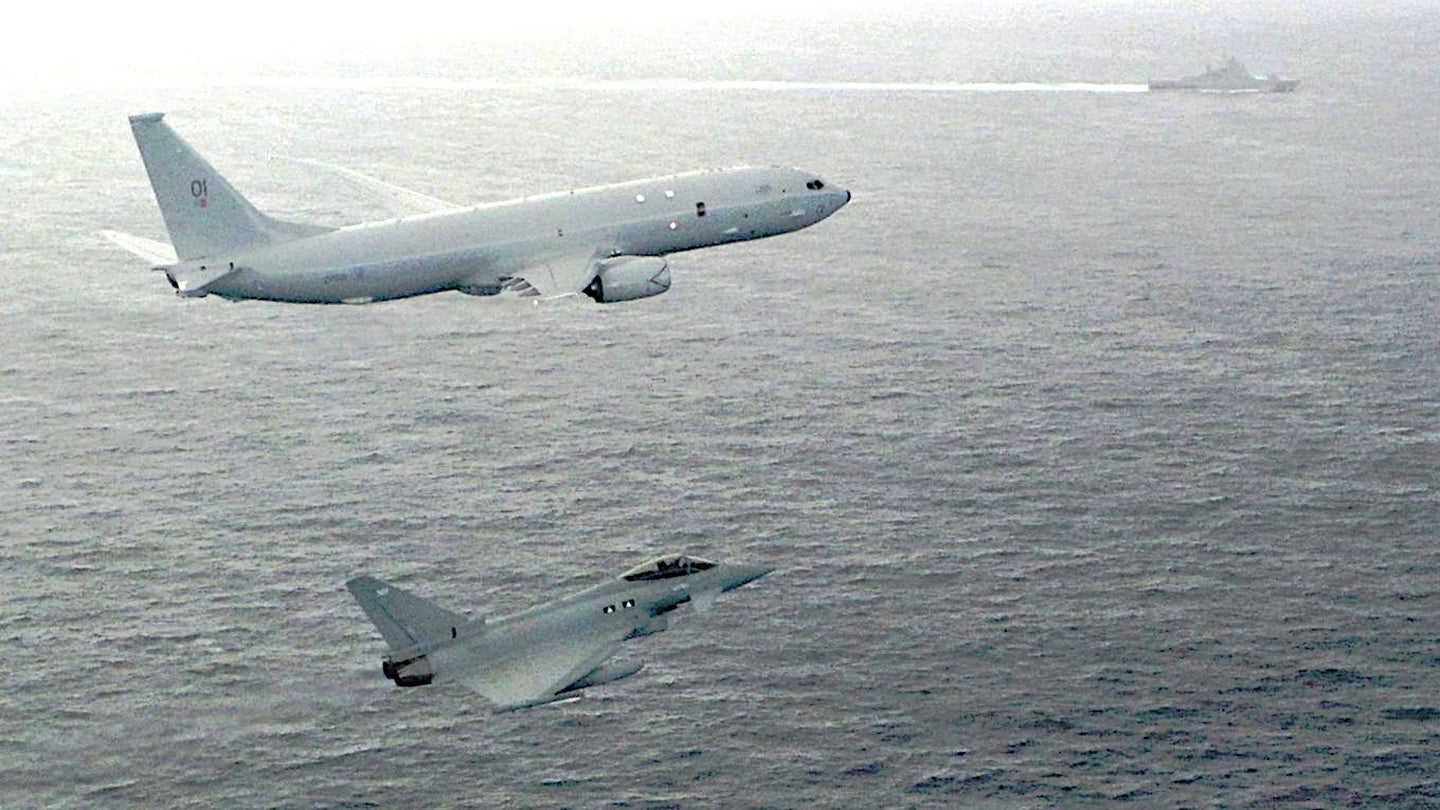 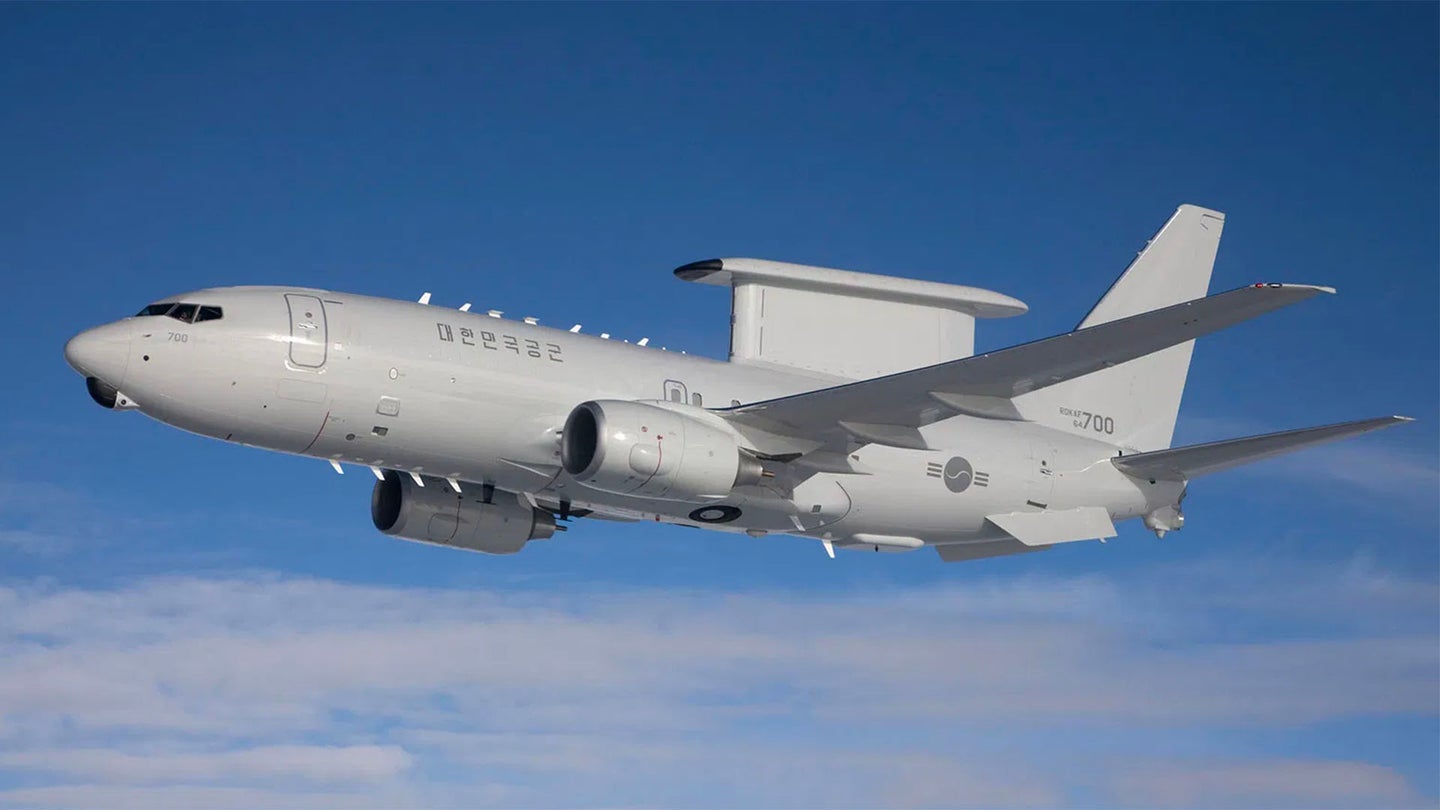