The South Korea's government says it has dispatched military forces into the strategic Strait of Hormuz after Iran's Islamic Revolutionary Guard Corps, or IRGC, seized a South Korean-flagged tanker ship earlier today. Officials in Seoul are also demanding the immediate release of the vessel, which Iranian authorities say they detained over alleged maritime pollution.

The South Korean Foreign Ministry issued the statement regarding the chemical tanker MT Hankuk Chemi on Jan. 4, 2021. The vessel, which Iran says is carrying 7,200 tons of "oil-based chemicals," had been traveling from Saudi Arabia to the United Arab Emirates when the IRGC took control of it at around 10:00 AM local time. Official pictures of the operation show multiple small Iranian boats swarming the commercial ship, which is now anchored near the Iranian port of Bandar Abbas. The entire crew, 20 individuals in total, including 5 Korean nationals, 11 sailors from Myanmar, two Indonesians, and two Vietnamese, has also reportedly been arrested.

The IRGC said that it had seized the ship, which has a gross tonnage of 9,797 tons, after receiving a request from the country's Ports and Maritime Organization, which was acting on a warrant issued by the coastal Hormozgan province's prosecutor's office. Hormozgan is situated along the Strait of Hormuz.

The incident was further confirmed by the United Kingdom Maritime Trade Operations (UKMTO) body, which monitors maritime security in the region. “As a consequence of this interaction, the vessel made an alteration of course north and proceeded into Iranian territorial waters," it said in a statement.

It's unclear what forces South Korea has now sent the area and what actions they may be authorized to take. In January 2020, South Korean officials announced that they would expand their Cheonghae military unit, which has previously been focused on anti-piracy missions in the Gulf of Aden in cooperation with the U.S. Navy-led Combined Task Force 151, to also cover operations in and around the Strait of Hormuz. South Korean Navy destroyers make rotational deployments in support of the Cheonghae unit, and form the core of that force, but it is unclear which of the country's warships is in the region now.

The South Korean military is not technically part of the U.S.-led International Maritime Security Construct, which was established in 2019 specifically to patrol in and around the Strait of Hormuz and elsewhere in the Middle East and monitor Iranian activities.

This is certainly not the first time the Iranians have seized a foreign-flagged tanker in the region. In July 2019, the IRGC notably took control of the British-flagged tanker Stena Impero, officially over allegedly breaking maritime rules. On the same day, Iran's Revolutionary Guards also briefly detailed the Liberian-flagged tanker Mesdar, which is owned by a British company. Iranian officials later claimed they had only stopped that ship to inform the crew of environmental and other maritime regulations.

The seizure of the Stena Impero was seen as direct retaliation for British authorities in Gibraltar detaining an Iranian tanker, then named Grace 1, earlier in that year. The U.K. government released Grace 1 in August 2019 and Iran let Stena Impero go the following month.

This latest incident comes as Iran and South Korea are currently at loggerheads over the status of Iranian funds worth $7 billion that are frozen in South Korean banks due to sanctions imposed by the United States. South Korea’s deputy foreign minister was reportedly planning to visit Tehran soon to discuss Iranian demand for the release of the funds.

It's also worth noting that South Korea, one of the world's top 10 oil importers, had been a major customer of Iran's before agreeing to halt those purchases in May 2020 under pressure from the U.S. government. The IRGC detaining the Hankuk Chemi could offer a way to put pressure on both countries simultaneously, or even seek to drive something of a wedge between them, especially over the issue of sanctions.

The incident comes amid a surge in geopolitical friction between Iran and the United States. On Jan. 3, the Pentagon announced that the supercarrier USS Nimitz would return to Middle Eastern waters in response to threats from Iranian officials, including some directed specifically at President Donald Turmp, on the occasion of the first anniversary of the U.S. military's killing of IRGC General Qassem Soleimani. An American drone strike killed Soleimani, then-head of the Quds Force, the IRGC's external operations arm, in Baghdad, Iraq, in 2020.

Trump himself reportedly directed Acting Secretary of Defense Chris Miller to order the carrier back to the Middle East. Just days earlier, Miller had announced that the Nimitz, which had been sailing in the Indian Ocean in support of the withdrawal of American troops from Somalia, would be heading home after a particularly lengthy deployment. That move was also said to be aimed to be a de-escalatory move after weeks of signaling to the regime in Tehran in the form of multiple long-range B-52 bomber sorties and the extremely rare public transit of the Ohio class guided-missile submarine USS Georgia through the Strait of Hormuz.

The U.S. intelligence community has reportedly seen a recent increase in the alert posture among Iranian military units, including air defense and maritime elements. However, it is unclear whether or not this in preparation to respond to any American retaliation to an attack from Iran or its regional proxies or if this is a reaction to threats from the U.S. government, real or otherwise.

Iranian-backed militant groups throughout the Middle East have issued their own calls for justice and revenge while commemorating the anniversary of Soleimani's death. In Iraq, in particular, militias that Tehran supports have stepped up rocket and other attacks aimed at U.S. interests in that country in recent weeks.

There is also the matter of Iran resuming enriching uranium at up to 20% purity, reducing the time it would take for the regime in Tehran to produce weapons-grade level material for use in a weapon, should it choose to do so. The enrichment work is being carried out at Fordo, in a site buried within a mountain, which provides significant protection from aerial attack.

This is in clear violation of the controversial international deal that Iran made with the United States, as well as the United Kingdom, France, Germany, Russia, and China, in 2015. In May 2018, Trump announced that the U.S government would pull out of that agreement and the U.S. government subsequently reimposed sanctions against Tehran.

Iran informed the United Nations about the uranium enrichment last week, after a parliamentary decision in response to the killing of top nuclear scientist Mohsen Fakhrizadeh. The details of this assassination, which Iran has blamed on Israel and claimed involved a gun in either a remote-controlled or entirely automated mount on a pickup truck, is something The War Zone has discussed in detail in the past.

Iran actions with regards to its nuclear program, as well as other activities, such as the seizure of the Hankuk Chemi, could be part of an effort to prepare the ground for the incoming administration of President-elect Joe Biden, who has indicated that it would be willing to rejoin the nuclear deal. The Biden offering has been billed as a “compliance for compliance” deal, which would see economic sanctions on Tehran lifted if the country accepted the restrictions outlined in the original deal, including uranium enrichment.

No matter what the IRGC's exact reasons for seizing the Hankuk Chemi may have been, and how it might be intertwined with the large geopolitical picture, this incident, as well as South Korea's immediate response to move military forces into the area, underscores just how complex and potentially dangerous the situation in the region is at present.

The U.S. State Department, in a statement to South Korean news outlet Yonhap, has now also called for the immediate release of the Hankuk Chemi.

"The United States is tracking reports that the Iranian regime has detained a Republic of Korea-flagged tanker," a State Department spokesperson said, using South Korea's official name. "The regime continues to threaten navigational rights and freedoms in the Persian Gulf as part of a clear attempt to extort the international community into relieving the pressure of sanctions. We join the Republic of Korea's call for Iran to immediately release the tanker." 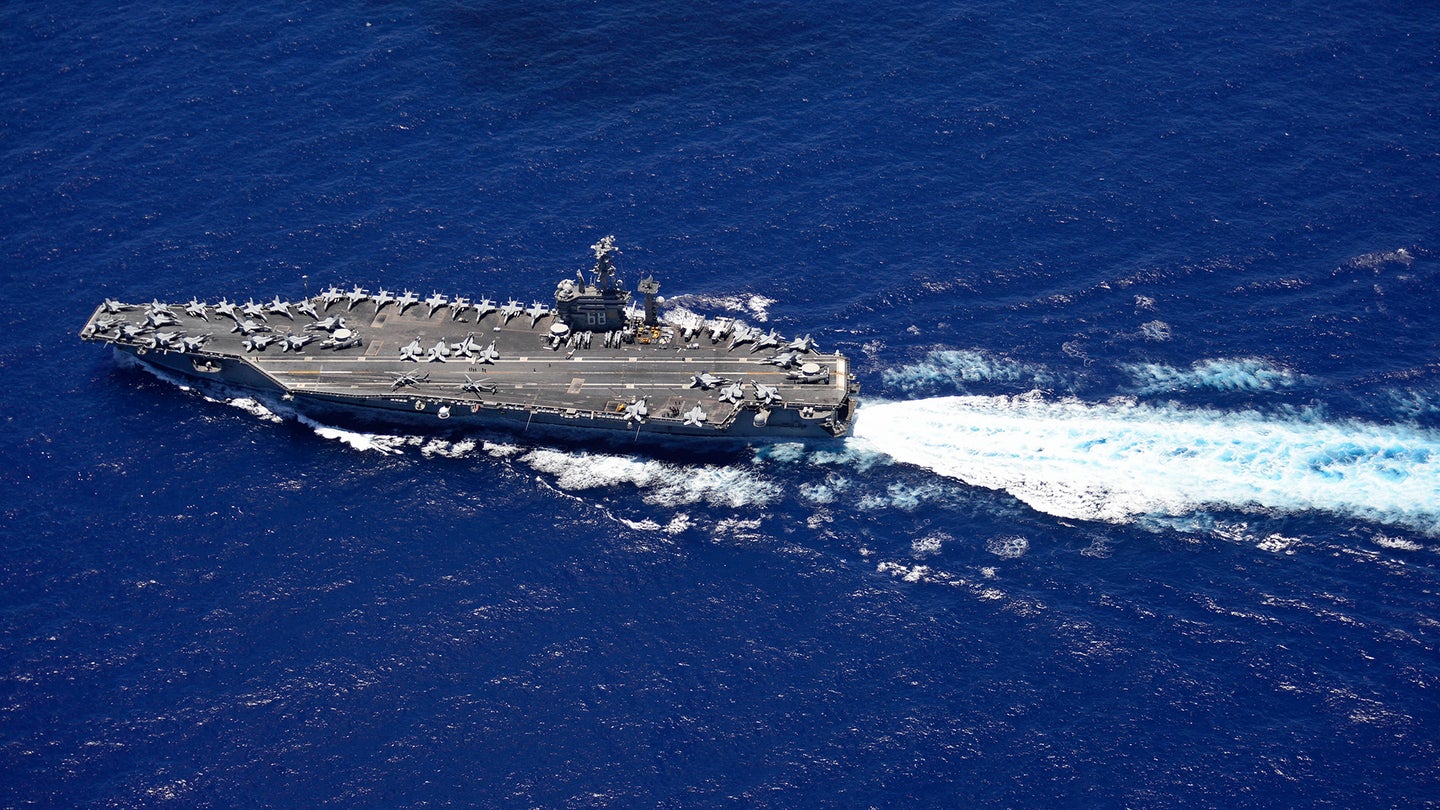 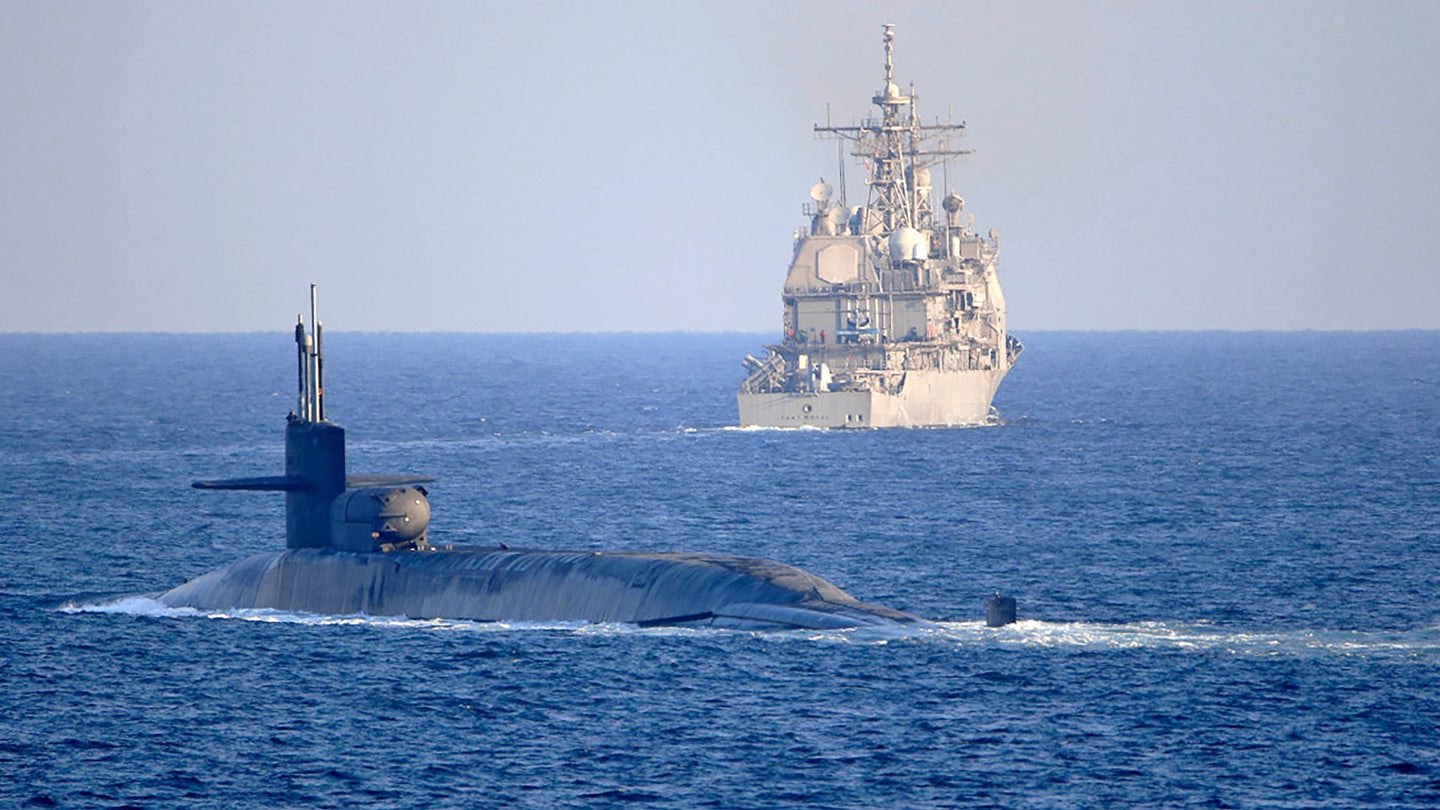 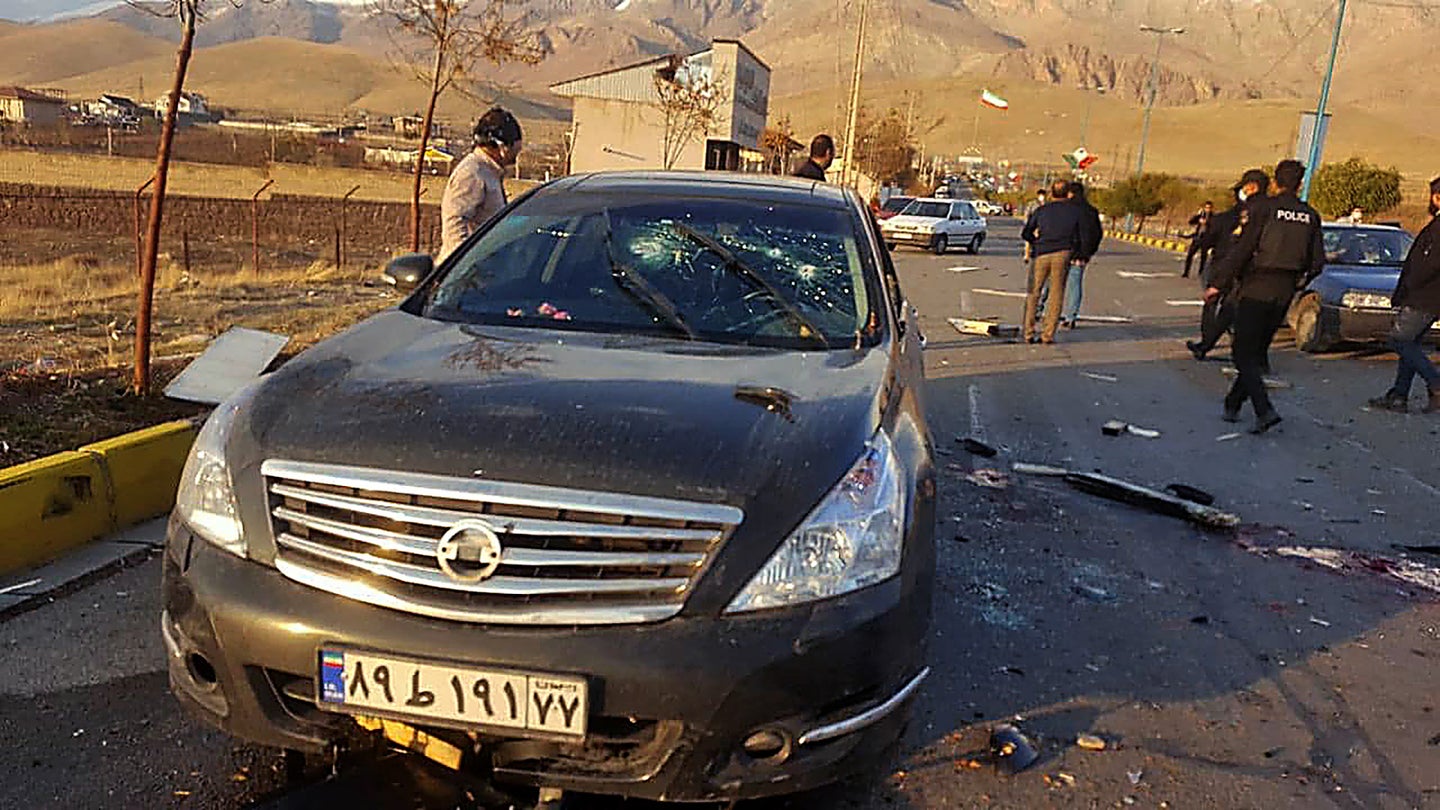