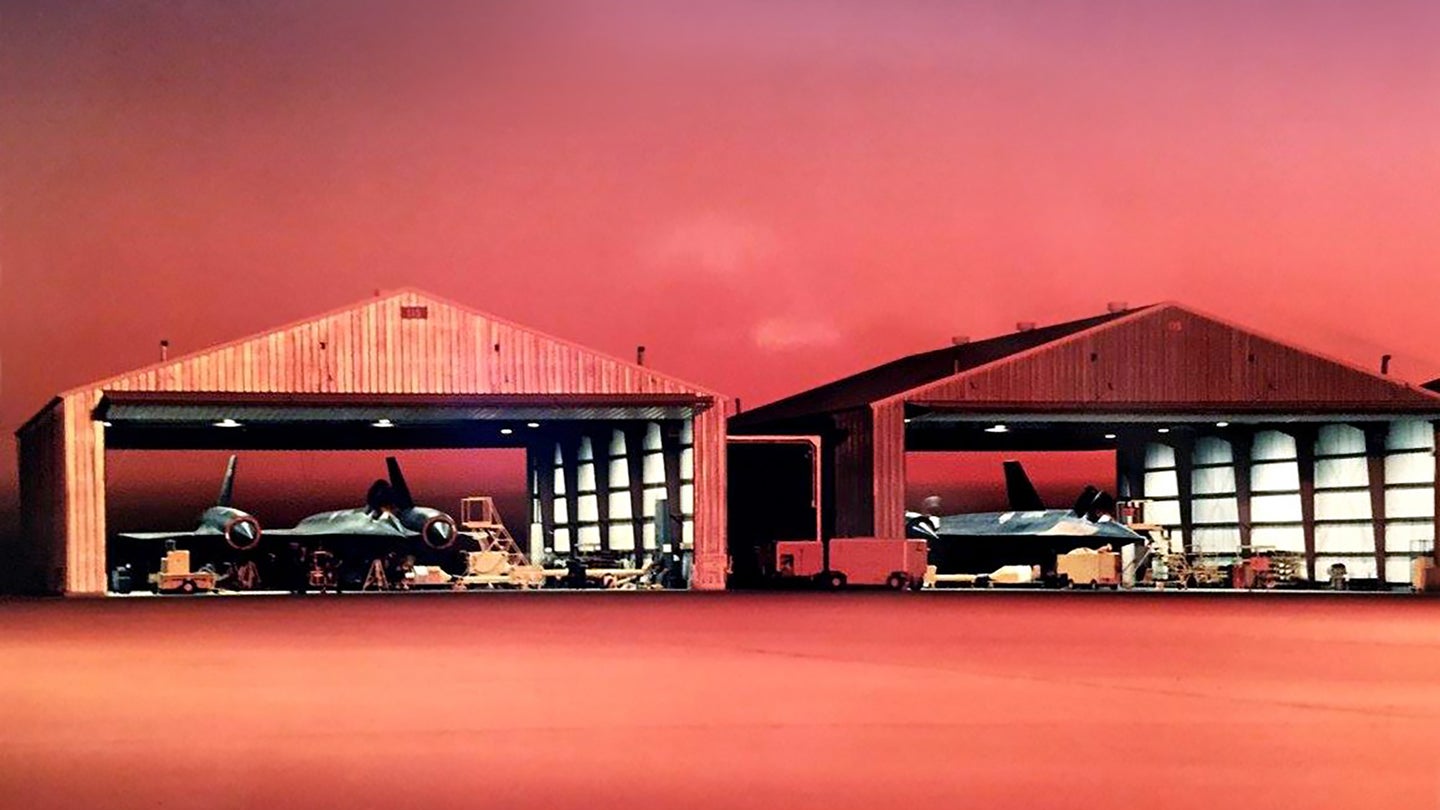 The SR-71 Blackbird is still giving us wonderful images to discover even over two decades after its retirement. Case in the point, the gorgeous photograph below, showing a pair of SR-71 Blackbirds sitting idle in their hangars on the flight line at Beale AFB at dawn.

It was from here that SR-71s would launch and recover for stateside missions. The aircraft would ooze its specialized JP7 jet fuel prior to starting in these hangars, a byproduct of an airframe designed to expand due to friction heat as much as four inches during high-speed flight.

The hangars also housed all the unique support equipment that was required to generate sorties for these extreme performance machines. This included the giant AG-330 start cart that used a pair of 401-cubic inch Buick 'Wildcat' V8 engines to stir the Blackbird's J58 turbojets to life. While the tailor-made hangars may seem simple in design, the gear inside them that surrounds the Blackbirds makes the facilities look almost sci-fi in nature.

You can watch what a launch of the Blackbird from these hangars was like here and here (great soundtracks too!).

At one time, a dozen of the hangars dotted the apron at the Air Force's master strategic aerial reconnaissance base in Northern California, but over time they have dwindled in number.

Up until 2013, four of these original hangars still stood, when two were demolished. The remaining two still stand on the flight line at Beale and are used to support ongoing U-2 Dragon Lady and RQ-4 Global Hawk operations.

The plan was to demolish the final two in 2020 as part of an ongoing initiative to get rid of or revamp Cold War-era infrastructure on the base, but that has yet to happen.

It's great that a small piece of the Blackbird's legacy at Beale still stands in the form of a pair of these hangars, the likes of which were gloriously captured in the beautiful sunrise image.

The SR-71’s Blackbird’s J58 engine was one of the biggest triumphs in aerospace history and it put on one hell of a light show at dusk.