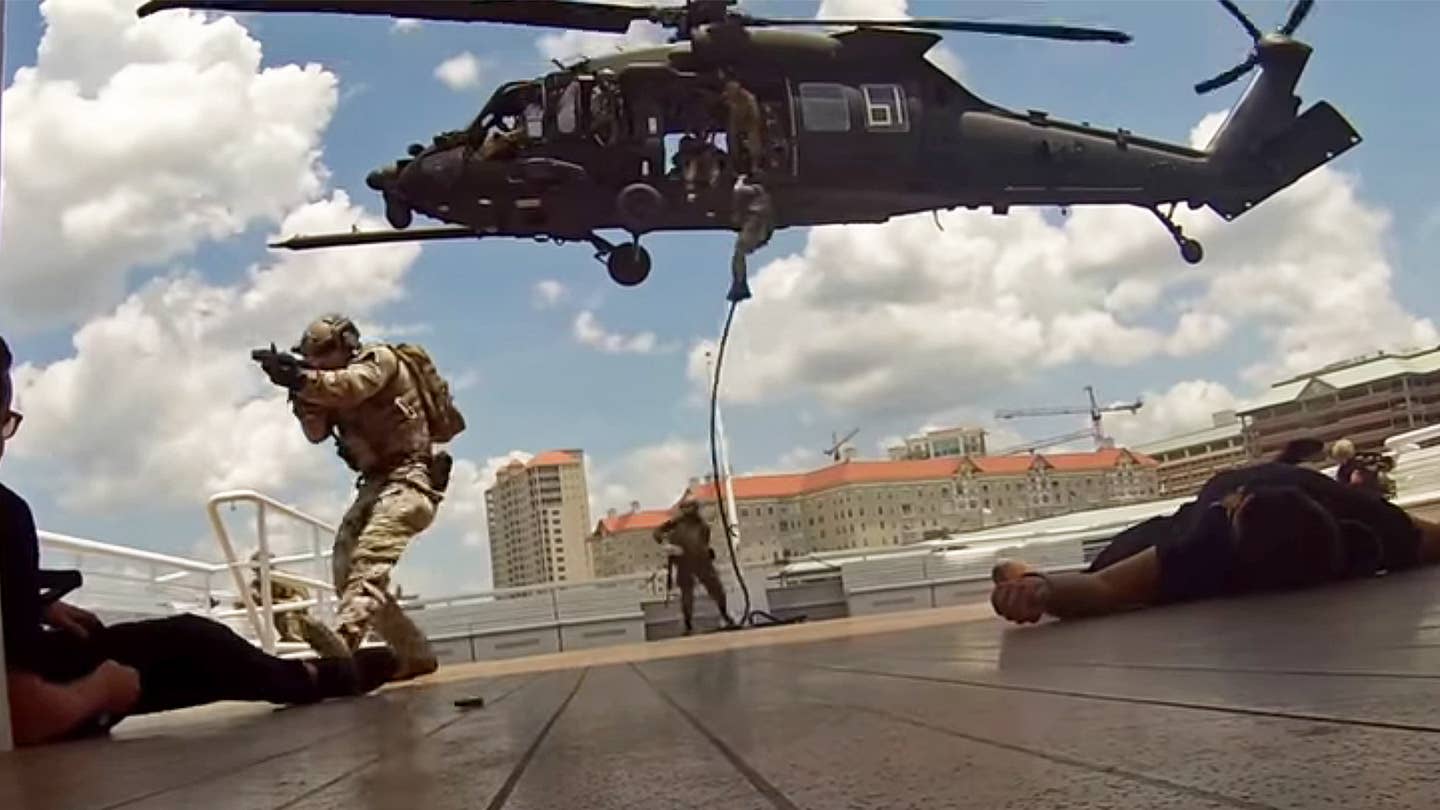 The traditionally shy Special Operations Command (SOCOM) pulls out all the stops once a year to show off exactly how much ass they can whoop. Tampa’s MacDill AFB is the headquarters of SOCOM. Because of the famed military command’s deep ties in the area, the elaborate combat demonstration in Tampa Harbor is as much about opening up to the local community as it is to show off America’s world renowned Special Operations capabilities to the Special Operations Forces Industry Conference.

The display is entirely unique. Not only do the 160th Special Operations Air Regiment’s heavily modified helicopters maneuver hard and low over the water, and SOCOMs unique boats and land vehicles scream in from all directions, guns blazing, but actual combat scenarios are reenacted. These have included counter-terror assaults and clandestine insertions of combat divers. Even EOD gets in on the act and blows up small sets arranged on barges or piers.

This year, special operations forces fast roped onto a large "hijacked" vessel while other teams showed off their land and surface vehicles' capabilities. A team of frogmen parachuted into the harbor from above. MH-60Ms, Little Birds, Humvees, MRZRs and NSW RIBs are in action. Check out these videos of this year’s spectacle:

You can also go here to check out previous demos.